In October 2017, Direct Line developed the world's smartest pedestrian crossing. The crossing used computer vision technology to "see" exactly what was happening around it, and an LED road surface to change its markings to keep users safe. The response from consumers highlighted a genuine demand for a new crossing solution, but also highlighted this prototypes weaknesses in terms of feasibility, affordability and fit for all user types. So, Direct Line held a competition to canvas other ideas and teams were invited to pitch ideas with the chance to win their idea to life in a 5 day Sprint week.

Mettle Studio beat off stiff competition to win the competition and took their idea from idea to working prototype in just 5 days. The end prototype attracted lots of press attention!

Our winning idea consisted of using person detection technology, to illuminate an LED strip either side of the pedestrian crossing when a pedestrian is spotted, to keep pedestrians and drivers safe. We were keen to design something that would fit with existing road infrastructure, immediately improve road crossing safety and be cost effective enough so that councils can implement these solutions quickly and easily. Our longer term vision for the smart crossing is that it can communicate directly with autonomous vehicles and pedestrians, improving road safety as our roads and road users continue to evolve around us. 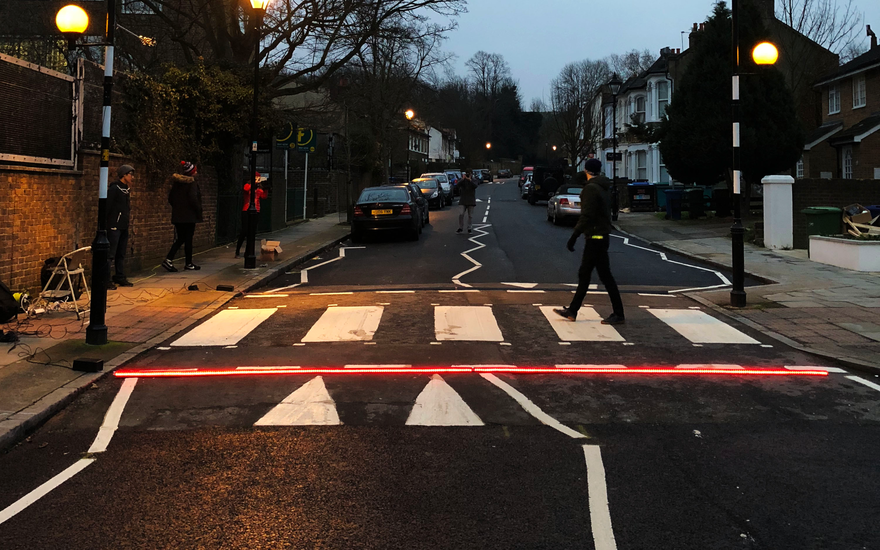 Guerilla set-up We set up our Line of Sight prototype for testing on the roads early one morning. 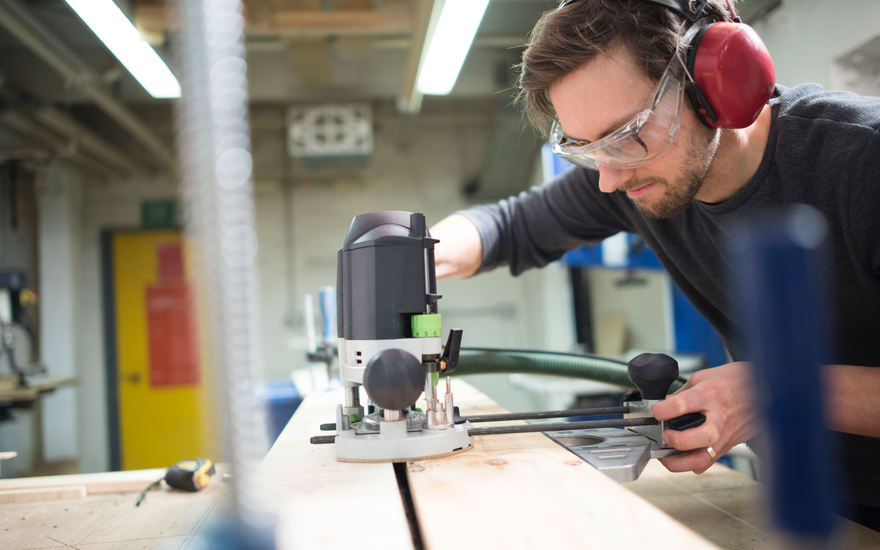 In the workshop Luke, our design director, cutting the rubber moulds to shape in order to fit the LED lights. 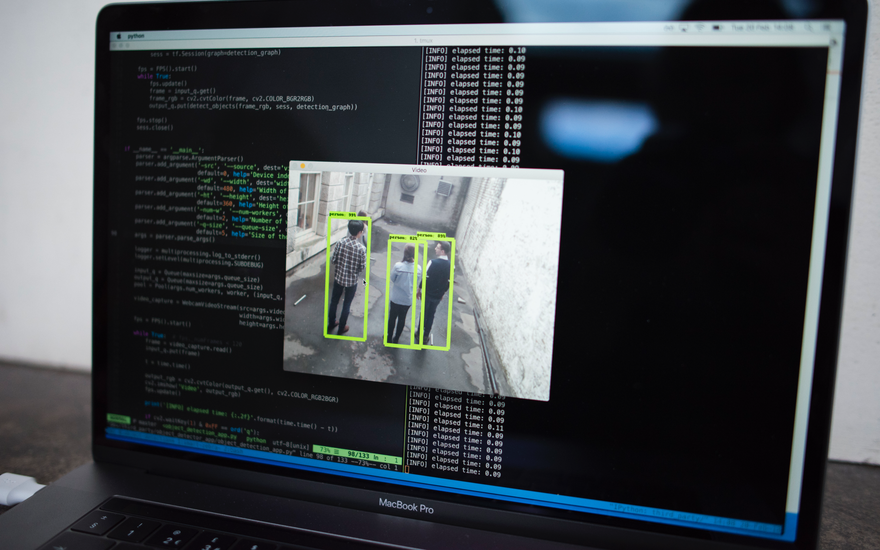 Object Detection Building the software that will capture people on the crossing and trigger the LED's. 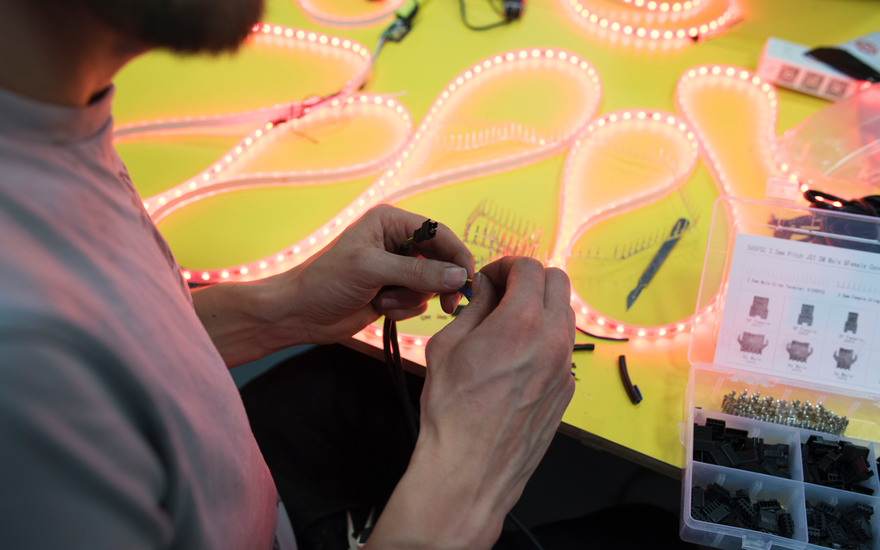 Electronics testing Experimenting with the LED's and how they will illuminate. 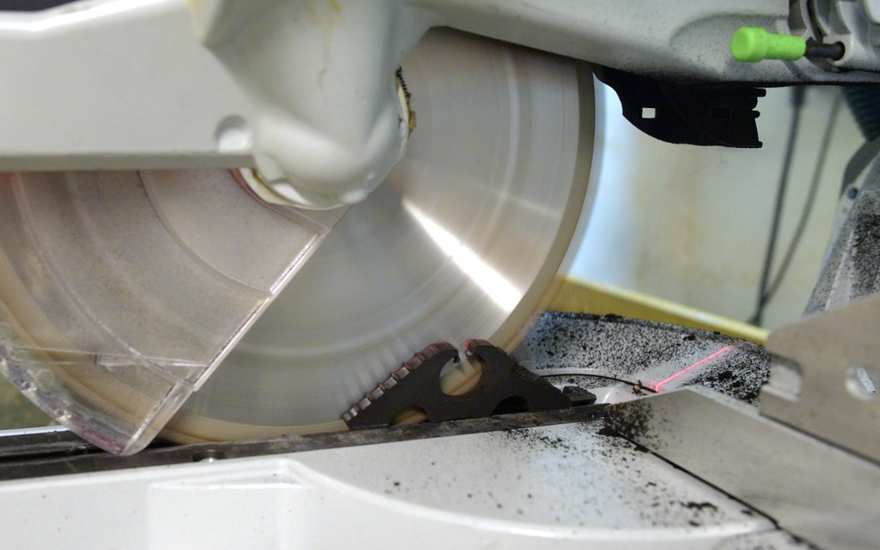 Cutting the rubber moulds In the workshop, getting the measurements right for fitting the LED's. 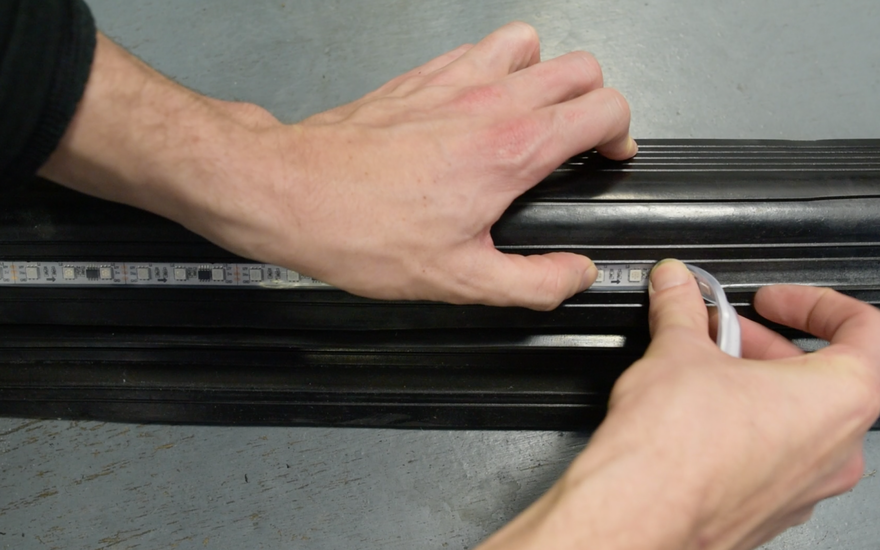 Fitting the LED's Fitting the final LED strips into the rubber moulds. 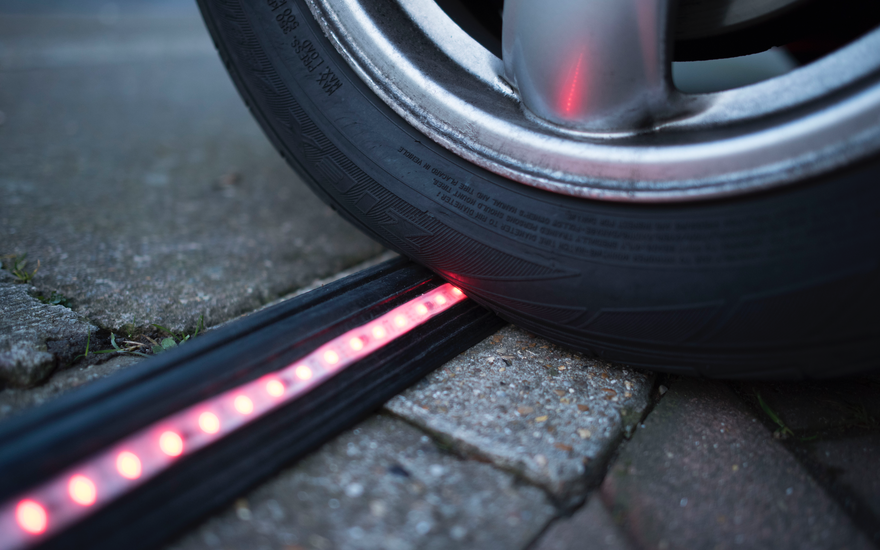 Stress testing Testing stress and impact on our finished prototype. 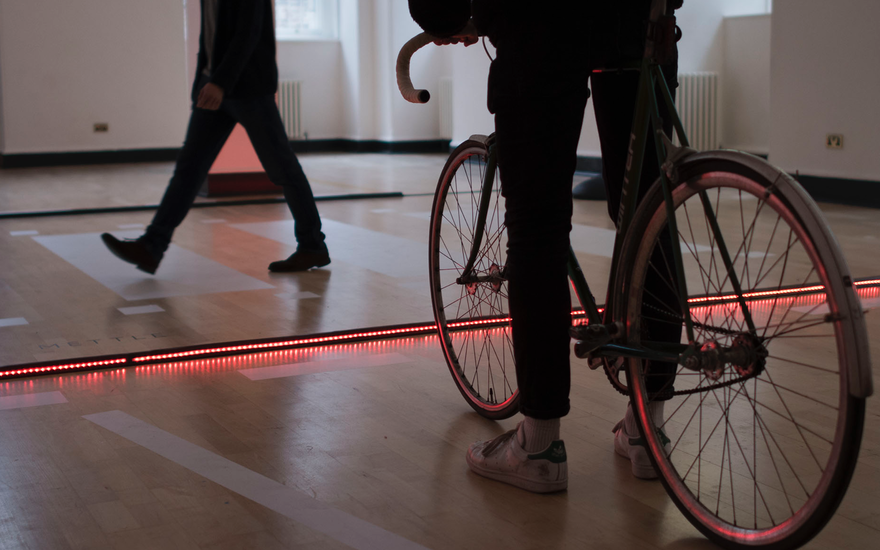 In October 2017, Direct Line developed the world's smartest pedestrian crossing. The Smart Crossing spanned 22m of responsive road surface, using computer vision technology to "see" exactly what is happening around it, and an LED road surface to change its markings to keep users safe. The response from consumers highlighted a genuine demand for a new crossing solution, but also highlighted weaknesses in terms of feasibility, affordability and fit for all user types. So, Direct Line wanted to build on their original concept and held a competition to source innovative ideas.

Our winning idea consisted of using person detection technology, to illuminate an LED strip either side of the pedestrian crossing, when a pedestrian is spotted, to keep pedestrians and drivers safe. We were keen to design something that would immediately improve road crossing safety and be cost effective enough so that councils can implement these solutions quickly.

Setting up for our intense sprint week was absolutely crucial to its success. We invested time ahead of the sprint week in exploring different design approaches, investigating materials and technology available to us. We were extremely glad we put in the prep work - finding out just before kick off that one of our chosen materials was too potent to use in our workshop.

Day one: plan and play

We kicked day one off with a full team meeting and sprint planning session, then it was straight into experimenting and playing. The software team got set up with Google TensorFlow and started to get to grips with person detection software. The hardware team got started on mocking up a rig for the crossing - gluing, drilling, screwing and hacking together any waste material they could find!

The hardware team got stuck into machining - testing out hundreds of cheap and available LEDs ordered from good old Amazon Prime. This is where we had a real panic moment . . .having wired in the LEDs we found the data signal from the LED driver was too weak to send over the longer cable needed for the crossing set-up. Not being able to illuminate the LEDs was going to be a problem, so we had to come together and figure out a reconfiguration and rewiring of the rig to accommodate the weaker signal.

At the end of the day we had a metre long prototype with the LEDs embedded, ready to be stress tested (by driving Alex's car over it). It passed the stress test and the rest of the rig was machined that evening.

By day three we were able to pull the whole concept together - the rig was fully assembled with the LEDs wired in. The software team had nailed the computer control of the LEDs, even dividing the area around a pedestrian crossing into zones so that different patterns of light would be set off depending on where a person was detected, and reading video streams from two cameras to cover the crossing from all angles.

This was part of a stream of work during the sprint week looking at programming different light animations - we wanted to use eye catching animations, and keep these in line with the highway code. The animation would be even more likely to catch people's attention and aid those who were colour blind as they could recognise patterns of light instead of colour. We were careful to ensure the animation speed would not cause issues for those with epilepsy.

Thursday was demo day. An early start for team - 6am in Nunhead - it's a glamorous sprint life. We set up the full rig on a quiet road and vigorously tested the smart crossing in the real world - checking the camera heights and that the animations were working and easy to understand. It went incredibly well!

Friday was a brilliant day, we saw all of our work come together. We set our smart crossing up in Somerset House with a mock-up pedestrian crossing and tested our build in a safe environment. It was great to invite so many people in to test it. It withheld the testing, we gathered lots of really useful feedback and look forward to taking this concept forward.

We always enjoy working on intense projects with tight knit teams - it's no surprise that close collaboration, a test and learn attitude, and having a unifying goal leads to great productivity. A big shout out to Direct Line and Makerversity for giving us the opportunity to improve road safety.