In the near future, cities are filled with smart infrastructures such as decentralized security cameras, self-sorting trashcans, and intelligent street lights. But who do you call when smart things break? The future smart city is not a sci-fi dystopia made out of glass, concrete, and job stealing robots. It's a place much like our own and filled with the banality of everyday life and mundane jobs. Regardless of how you imagine the future smart city, someone needs to get in their white van, take out their ladder, and fix broken things.

The Supervised Machine Learning Trainer 3607A (SMLT-3607A) is a design fiction object aimed at exposing the humanness and mundaneness of the future smart city. Any maintenance person, regardless of familiarity with machine learning, can use the SMLT to interface with abnormally behaving smart infrastructure such as a surveillance camera. The SMLT is an industrial grade controller that allows a maintenance person to re-train the smart camera by recording new examples in real time. The future maintenance worker will teach the camera what it's seeing and curate the training data set. He/she will help the camera learn the difference between people and objects and decide who should be classified as an upstanding citizen or a petty criminal.

The SMLT 3607A was a project at CIID from the course Work Intelligence taught by Simone Rebaudengo, Josh Noble, and Bjorn Karmann. 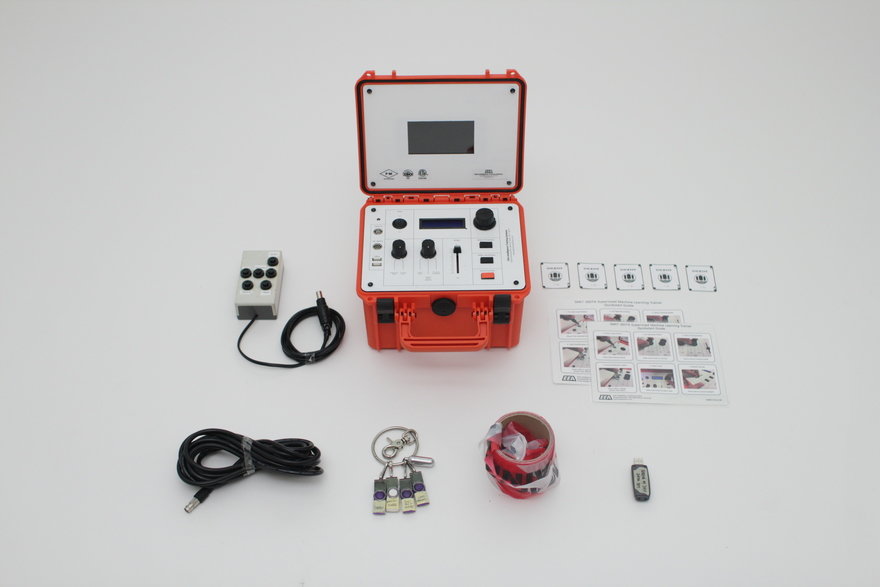 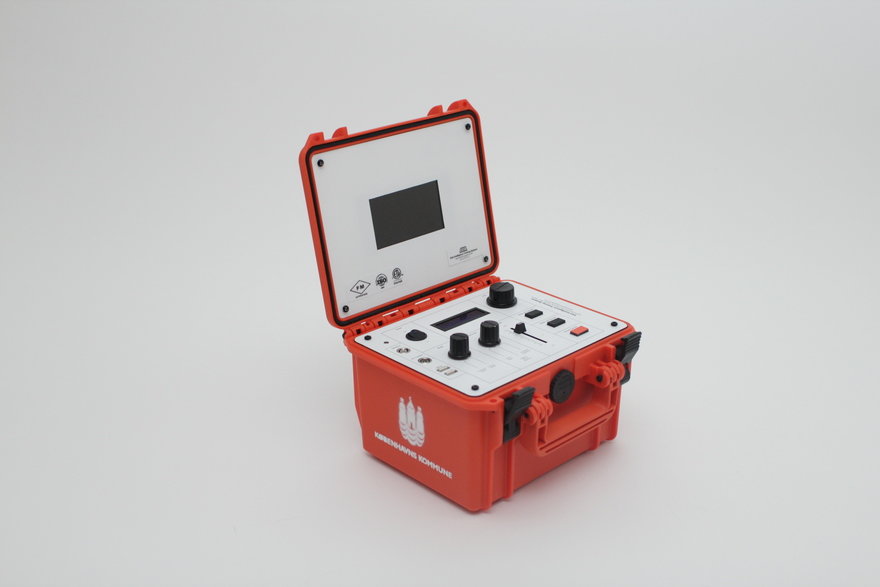 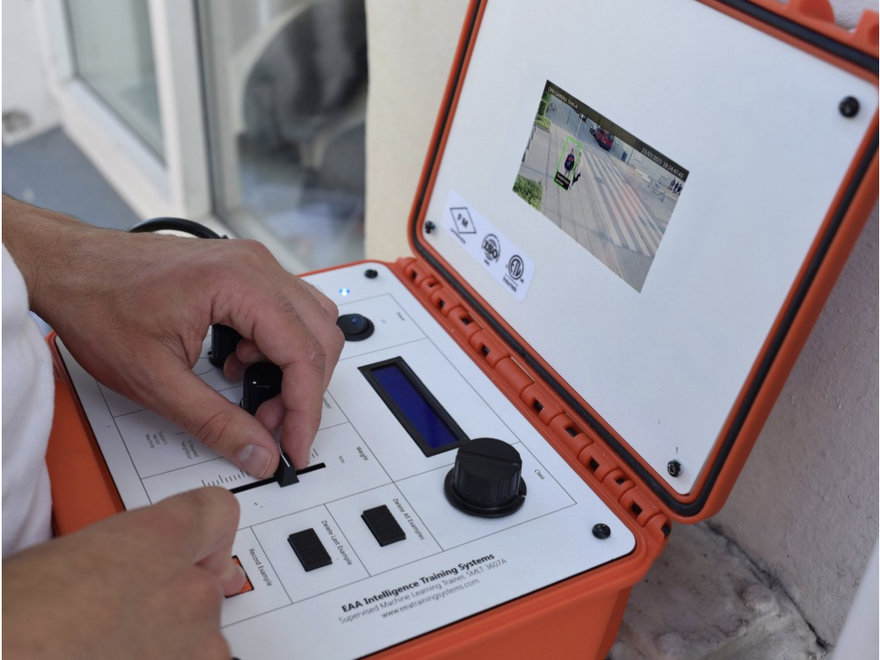 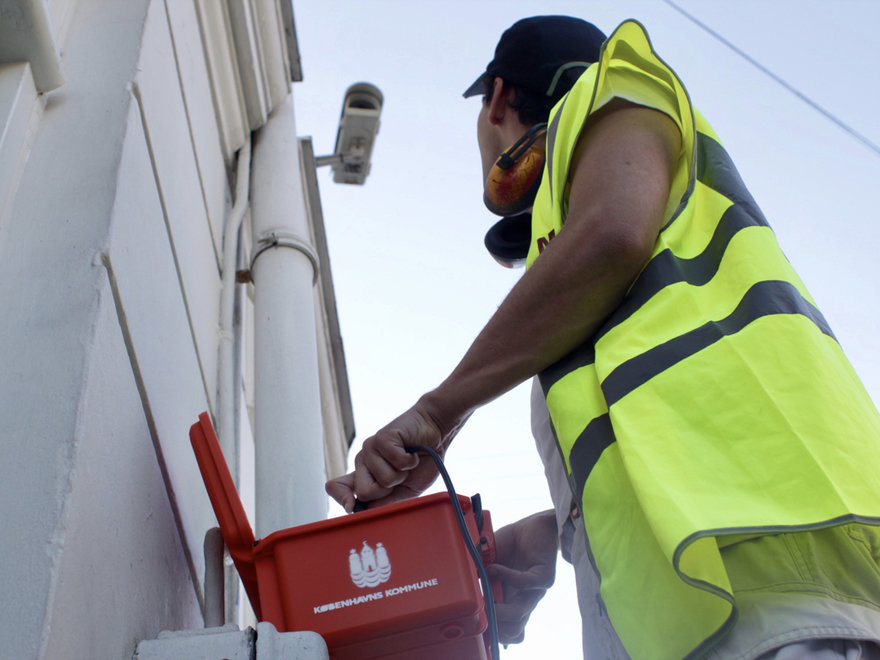 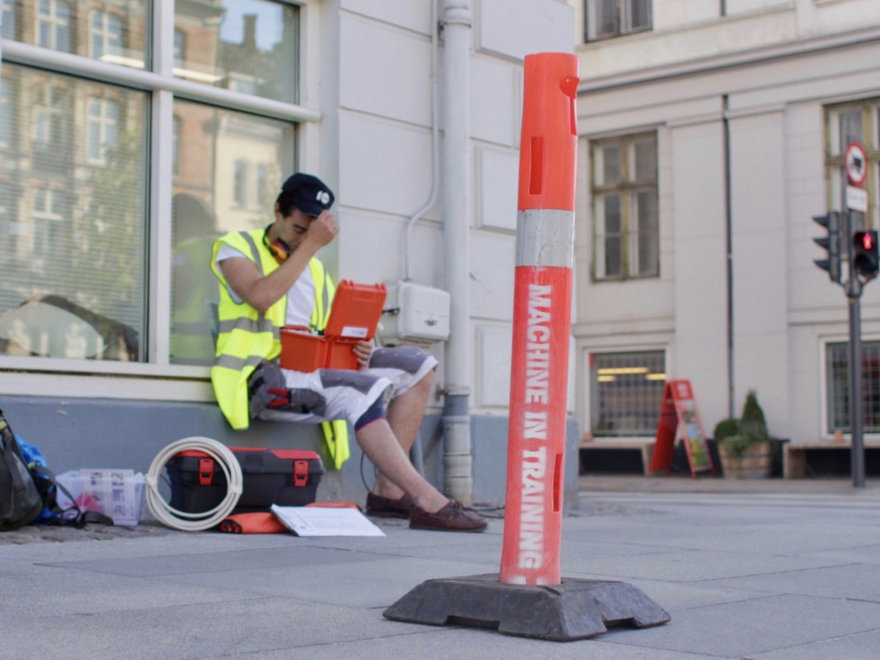 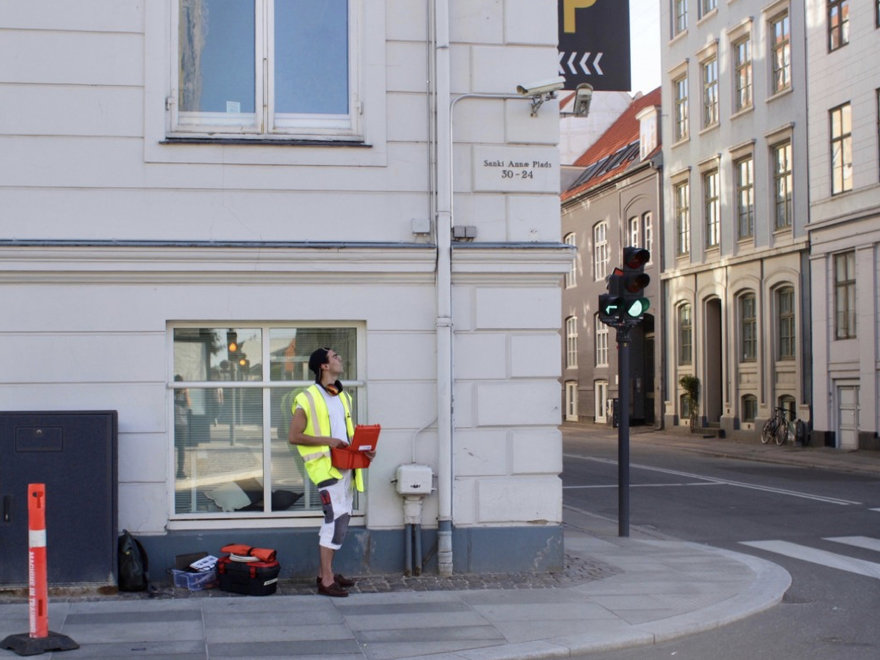 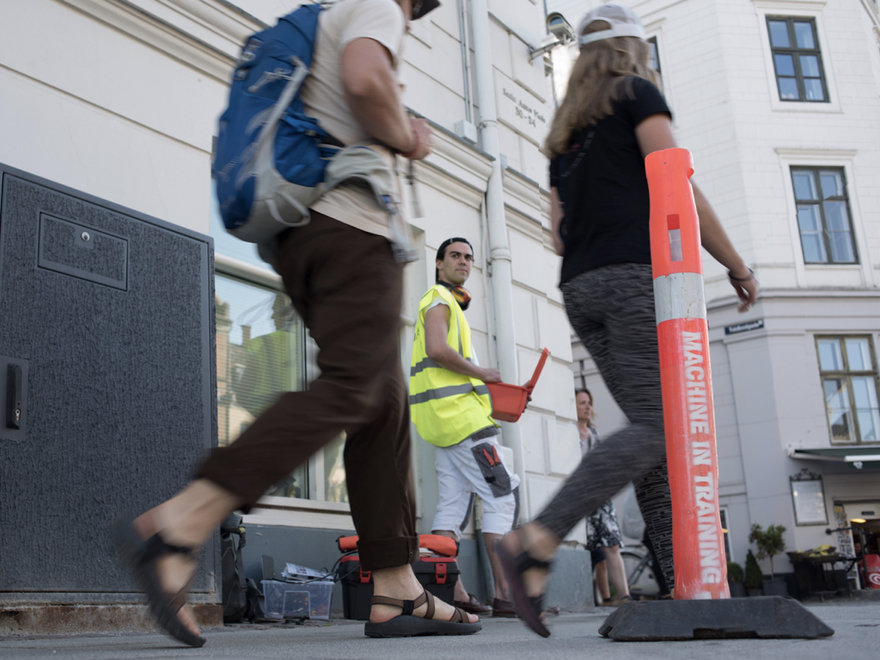 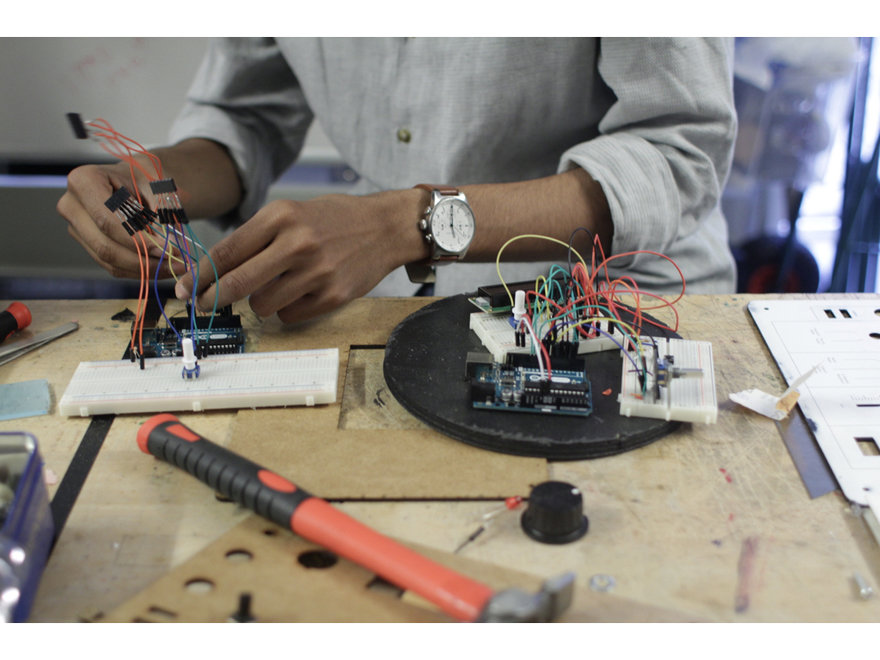 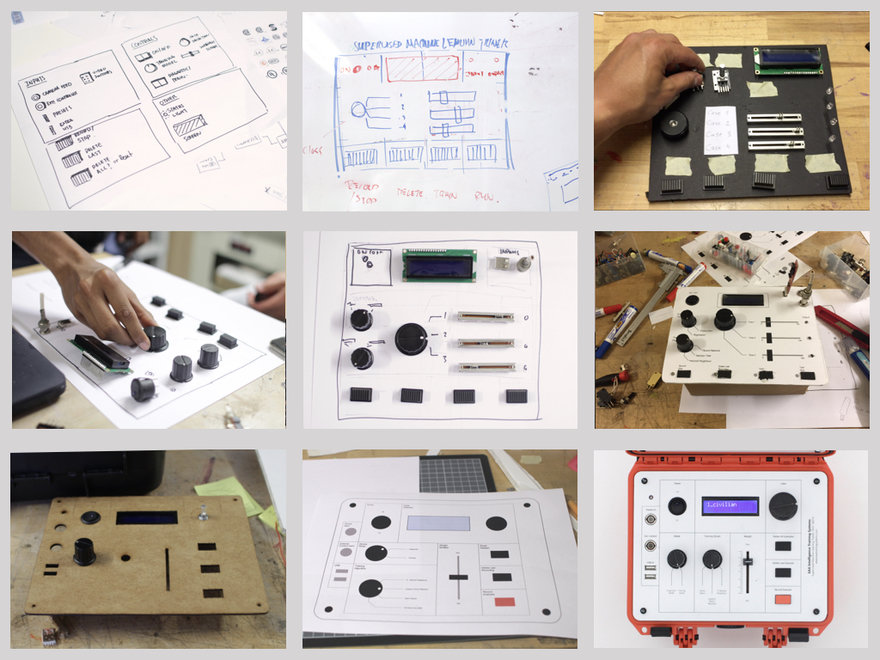 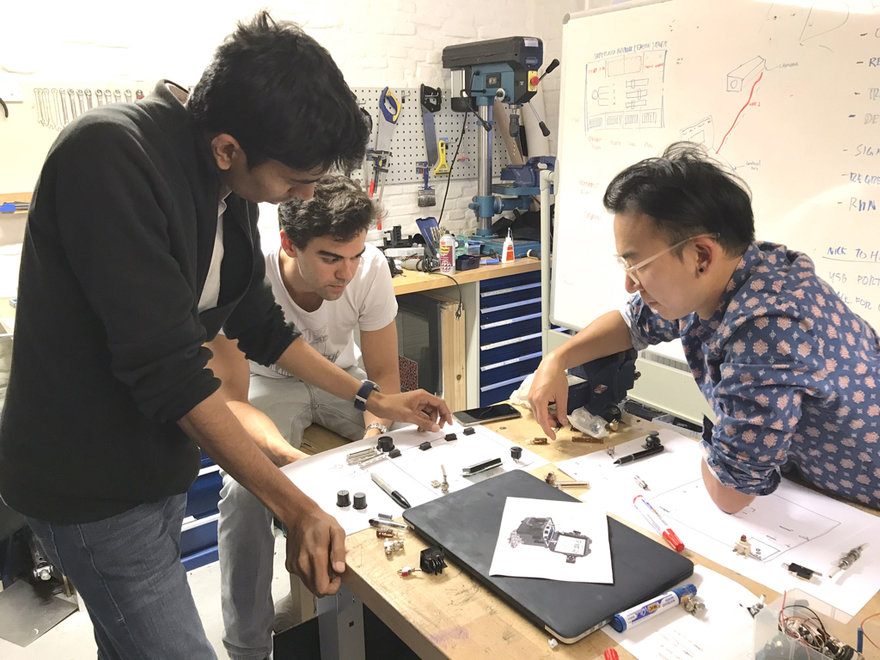 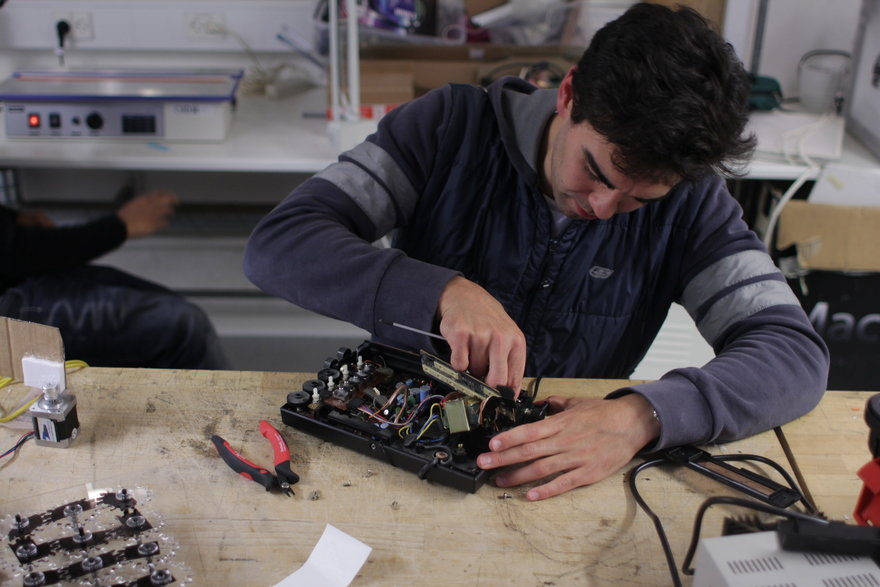 Why did you created the SMLT-3607A?
Artificial intelligence and automation are having a profound impact on future jobs. However, the conversations in the media around job automation tend to lead to doomsday scenarios. Search online for artificial intelligence, machine learning, and jobs and you will see Terminator-esque photos and predictions. The concept of "Future Mundane" popularized by Nick Foster is an inspiration for our project. We believe our future is not made of transparent glass and Minority Report style interfaces. Our future will much more mundane where the old exists with the new.
As designers, we have the ability to craft a piece of the future so that people can touch and feel it. We can make "Knotty Objects" that represent and hint at larger systems. We created the SMLT-3607A so that we can shift the conversation around automation and jobs. We want to people to talk about how we can co-exist with automation and machine learning and how we can embrace a future with artificial intelligence.

What is in the future smart city?
In order to create a believable future, we looked at "weak signals" of present cities. We spoke to city planners and visited a street where the City of Copenhagen is testing smart city technologies. We conducted secondary research and looked at papers and articles on smart cities. All of the signals suggest that the future smart city will be filled with cameras and machine learning algorithms.
As result, we imagine that the future smart cities will be filled with surveillance cameras that are context-aware and have machine vision capabilities. Instead of relying on humans to monitor the security footage and identify issues, the surveillance camera can flag behaviors or people. For example, a surveillance camera might be trained to identify cyclists, pedestrians, etc.. Or it might be trained to identify a fist fight or someone who is littering. When the surveillance camera sees something prohibited, it would automatically alert the appropriate authorities. But because machine vision is based on robust datasets, having a well-crafted dataset is important. We imagine the future city maintenance person will be asked to maintenance both the infrastructure and the integrity of the dataset.