DOJO is the gatekeeper to your connected home. A pebble and app interface, DOJO is a new paradigm in security interaction, providing perfect visibility into traffic in and out of the home. Simple cues alert homeowners to unusual activity while providing control over the data that leaves the home, all in a super friendly, ambient and intuitive manner.

Checking in on your home's status amounts to a quick glance at the pebble. When it does come time to confirm a blocked attack or deny a request, the user quickly and easily decides the course of action through a succinct chat within the conversational app.

DOJO's unique combination of app and pebble establishes a new personality in home security - one that is visible, calm and in control. It signals a shrewd way forward for how IoT devices should behave in our homes and on our phones. 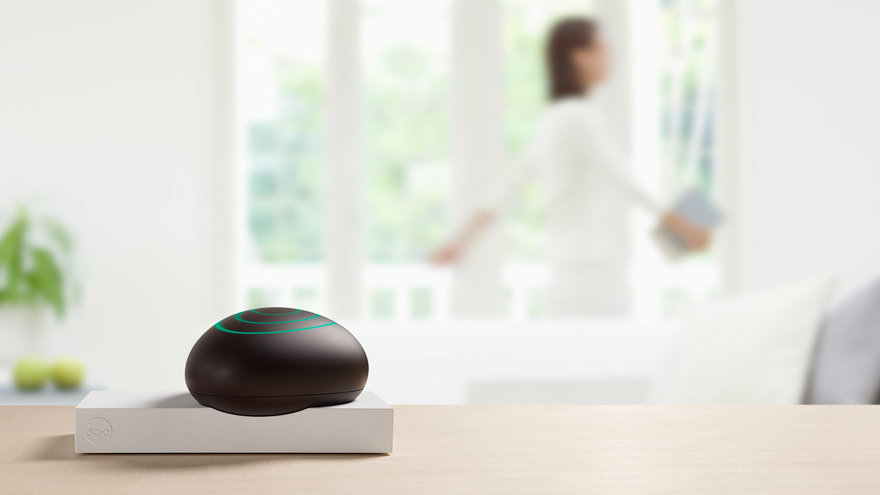 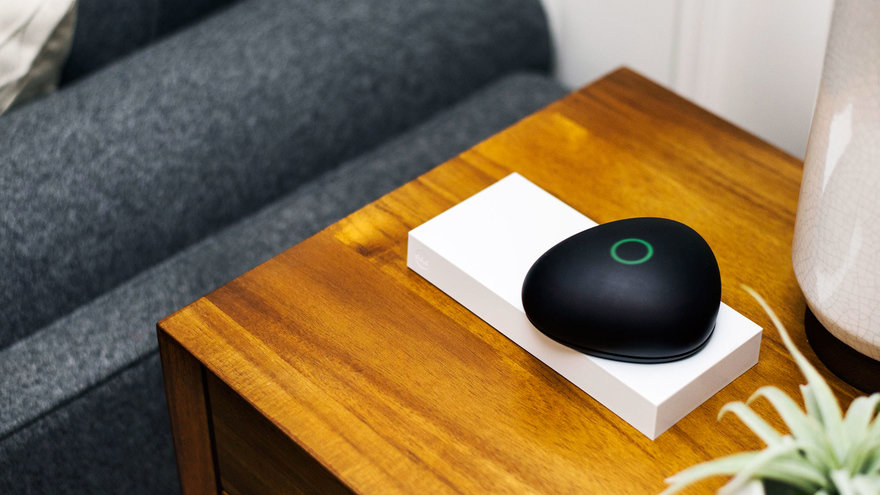 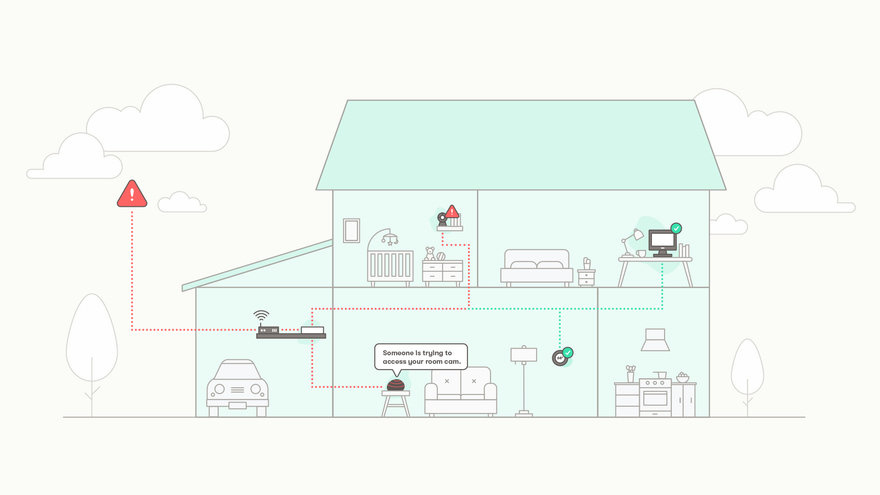 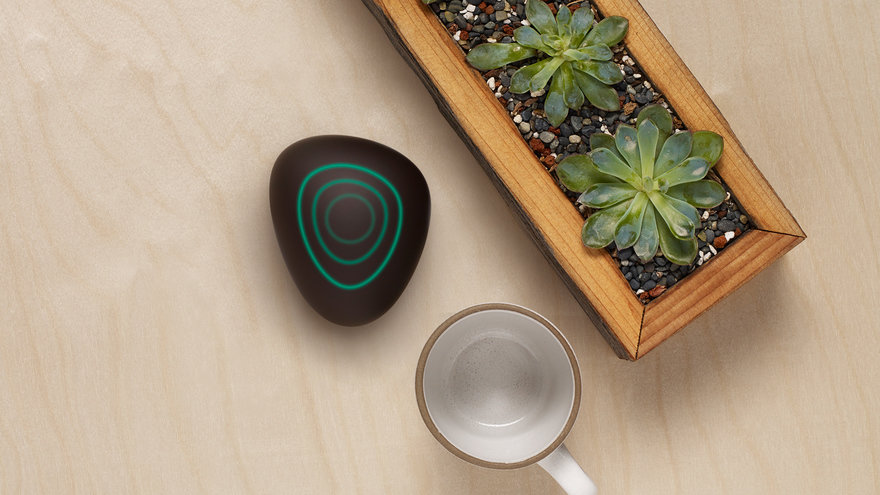 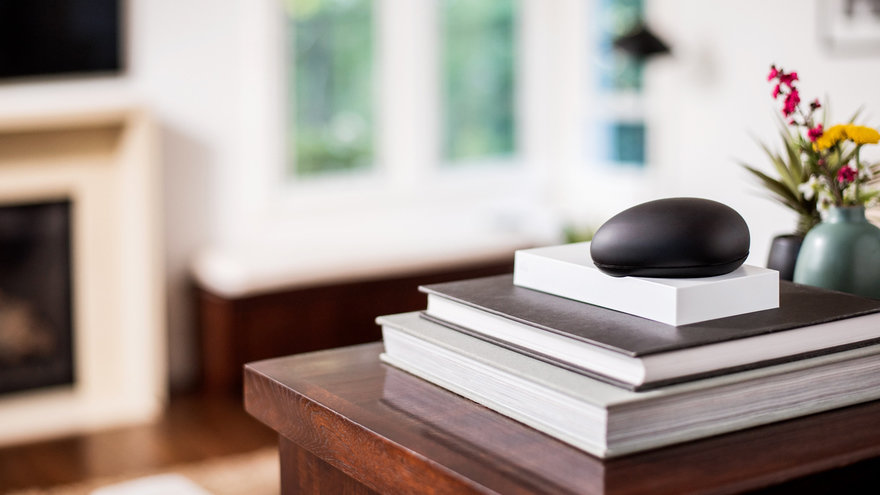 DOJO aimed to address a growing problem: with more than 4-billion internet-connected 'things' today – many in homes –privacy and security is at a critical tipping point for home I.o.T devices (Internet of Things). Unlike the few home devicesof the PC era, I.o.T devices are many, poorly connected to a central control panel, and often come with misleading user manuals or even malware. Dojo was set to fix this state of affairs, making home-owners aware of any device activities,detecting bad behavior of devices and fixing it on the fly.

The connected home puts the homeowner in the position of being an IT administrator. The default state of many connected devices is oftentimes insecure – for example, smart TVs surreptitiously capturing video or audio streams.Securing a connected device is a fundamentally opaque experience involving IP addresses, port forwarding, DNS requests, and highly specialized knowledge. In addition, smart home devices have a high rate of return because someusers understand how to install devices. DOJO had to circumvent such reality.

Understanding how we live with tech in our homes - Internet connections are hidden away and phones are sometimes placed aside - we sought to create a blended solution that would solve the issue of app fatigue while still giving the user control when needed. Our challenge was to introduce a design that could address the vulnerabilities of I.o.T devices at home, yet at the same time not add complexity, confusion and concern for people.

DOJO is singular in the marketplace for its technology experience. It is a plug-n-play IT product that truly "just works" and is managed by a learning, evolving software that connects to the user in a simple, approachable manner. Its cloud based technology detects anomalies in communication patterns of various devices and compared these to the known patterns. Doing so, it is protected from manipulation by malware.

The design was conceived holistically, including the app, the physical interface and the main box placement and installation. Contrasting the forms of the Pebble and the main box was intentionally meant to create a sculptural object separately and together. Blending beautifully into the home was a paramount consideration.

In the age of the app, DOJO is unique because it doesn't require the user to dig out their phone to check status, and when further interaction is needed DOJO's conversational interface adds a friendly and approachable slant to cyber protection of the connected home. Quite frankly, anyone could set up and run this security system at his or her home.

DOJO was designed to allow users to separate the core tech box from its physical interface. Usually the Home internet connection is not in a visible place where most household activities are. DOJO allows placing the white base box in a closet, connected to the main internet cables, while the interface Pebble is places in the kitchen or living room. Doing so provide the interactions users need, where it is needed.

DOJO's user experience starting with set-up all the way to mitigating a threat is uncomplicated and intuitive, therebyempowering the connected home consumer to secure all their digital assets instantly. Checking in on your home's status amounts to a quick glance at the pebble. When it does come time to confirm a blocked attack or deny a request,the user quickly and easily decides the course of action through a succinct conversation within the App. In an expanding universe of chat interfaces, DOJO is an execution that just makes sense.

Installation is simple - you connect a your main internet cable into the DOJO white box, attach an outgoing cable back to your current router. The wireless Pebble is placed anywhere at home, the App is simple to use and that's it.

Since the company's November 2017 launch, the simplicity of both the design and technology have received praise frommedia and users alike. Forbes named it one the "5 Best CES Products That will be hot in 2018." Bloomberg coined the device "The zen of cybersecurity." DOJO had one of the most successful Amazon LaunchPad introductions to date.Today it remains a top-selling consumer security solution attracting anyone from 30-year old technophiles to 70-year old homeowners.

DOJO benefits your home as much as the surrounding community. Like innoculation against diseases, digital security has also a societal dimension - making your home digitally secured will improve your neighbors' and community's abilityto fight digital crimes.

As we are more and more dependent on our digital assets, the risks of unauthorized access by villains become aconstant concern for everyone. While governments and corporations could set up large systems with professionals to defend their digital systems, consumers are left behind. Unlike large organizations, consumers also buy and install many internet-enabled devices using components from unclear origins, and as they install these, consumers usually neglect secure installation procedures. All combined - the dependency on digital assets, consumer behavior and thevast number of connected consumer devices - the home is a more complicated digital domain to protect, while it has less awareness and resources to do so.

Dojo is made to assist ordinary people in protecting their digital assets with ease and robustness. In doing so, Dojoprovides our society with a greater digital security and assists us, as a community, in curbing hacking and misuse of Data, Software and Hardware digital assets.