The August Smart Lock is a device that installs over an existing deadbolt, enabling users to lock or unlock their doors through an app. Using Bluetooth technology, the lock recognizes as the user approaches the door and automatically unlocks, locking behind them moments later. The app allows users to send out digital keys, granting users access to the lock for any specified period of time - whether it's out-of-town guests, the dog walker or house cleaner, guests can be invited to receive digital keys simply by entering their phone number. Users get notified of any lock activity, giving them knowledge of who has entered or exited their home. The beautiful and discreet lock is installed on the interior of the door in less than fifteen minutes, using unique mounting hardware that does not require the door to be retrofit. In this way, the lock is not visible from outside, and also enables users to still use physical keys if necessary. With the Connect accessory device, the lock also lets users sync their lock to Wifi, allowing them to lock or unlock from anywhere in the world, and creating a platform for August to connect to other smart home systems. 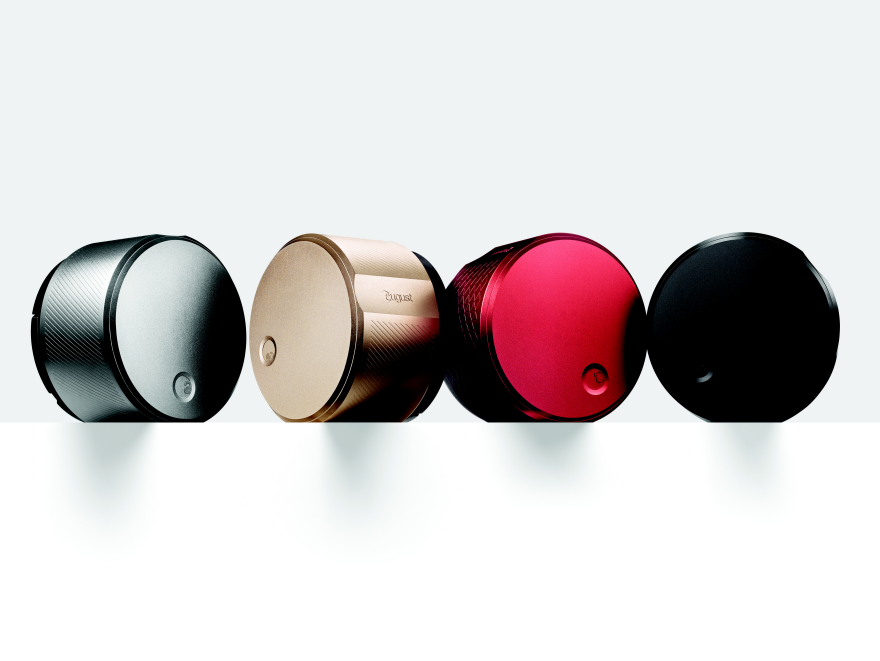 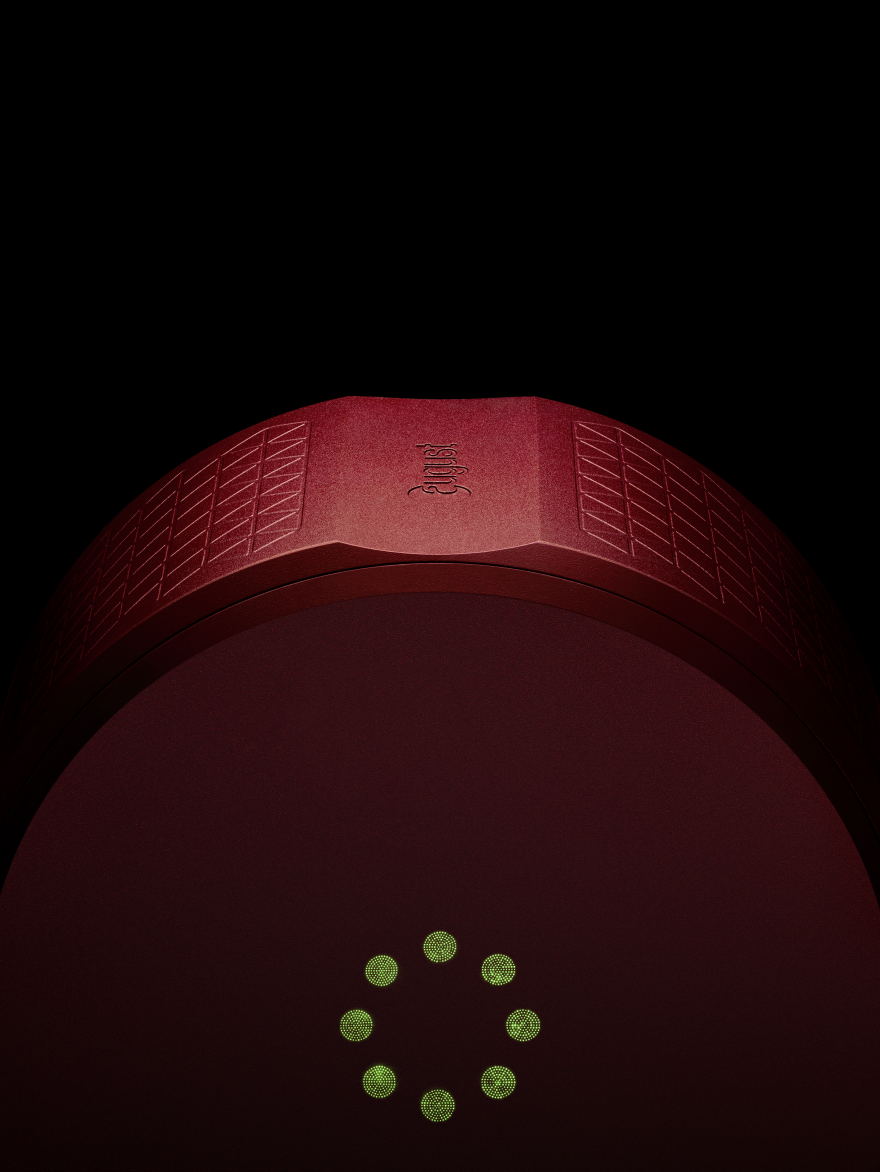 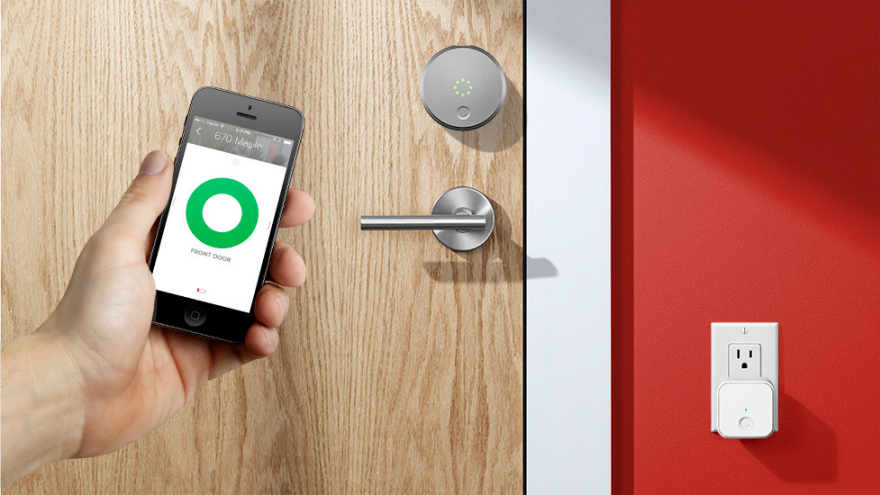 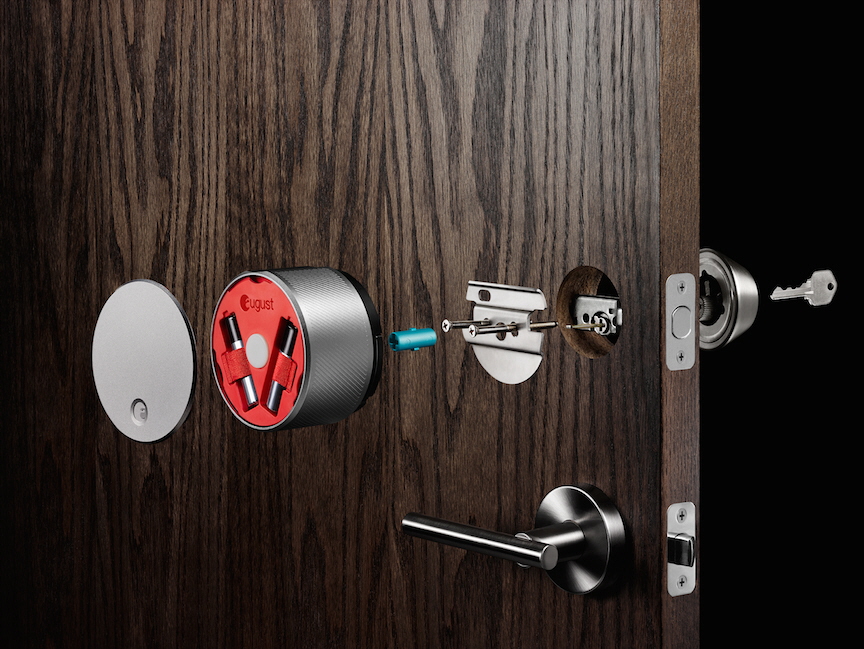 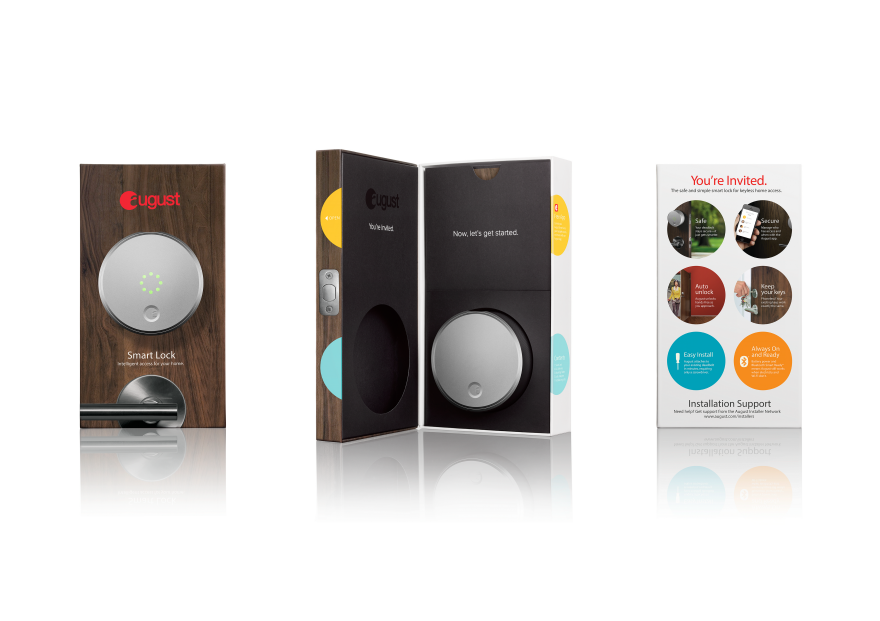 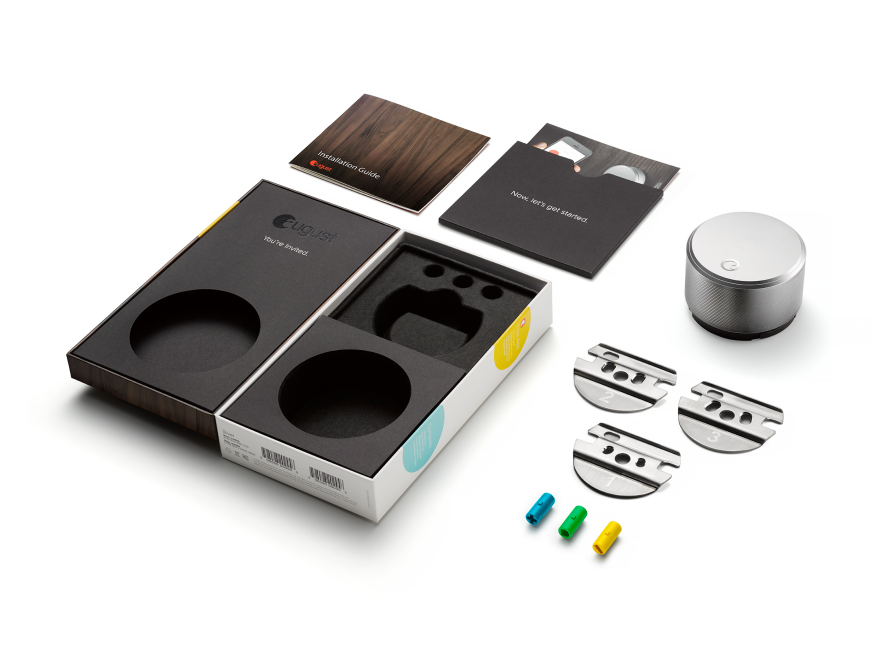 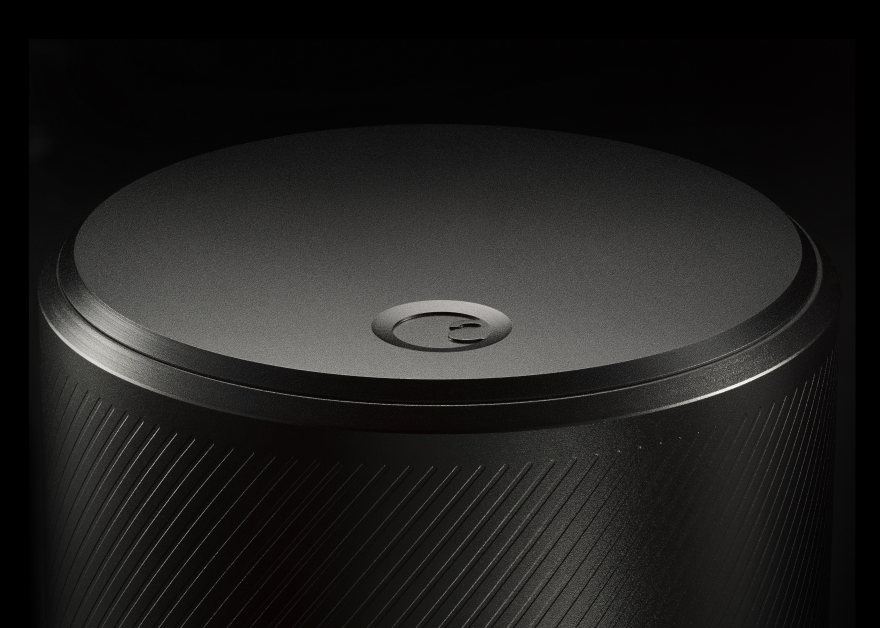 The August Smart Lock was the first ever smart lock, so the entire experience of the product had to be thought up from scratch. First, we had to figure out the form factor and how people would install it. We knew people wouldn't want to retrofit their doors and it had to be easily installed, but there are countless variations of doors and deadbolts. We also wanted to ensure people have the option of still using physical keys, so the lock had to fit inside of the door. The lock had to have enough power in its motor in order to work effectively and turn any strength of deadbolt, but also holds battery power enough that the user won't constantly have to update it. Once we determined the inner workings of the product, we then had to look at the aesthetics of the product – it's something people will have to look at constantly, but we also wanted it to be as discreet as possible. Given the technology inside of the product, it was a challenge to make the form factor as small as possible, but still beautiful and customizable based on the user's style. Connectivity was also a major challenge – how to create as seamless an experience as users as possible, while simultaneously making the product into something social that they can share with their guests.

The problem was simple – keys. We constantly have to carry around a set of keys; they are bulky and take up space; they are easily replicated, lost, or hard to keep track of when given to guests. We never really know who has their hands on them. And the more homes you own or offices you manage, the easier it becomes to lose track of the numerous keys we are meant to have on our persons. Not to mention the time it takes fumbling around with our keys in order to get inside, especially when carrying groceries or other items. Lastly, there's the constant annoyance of having to be home to let in guests, house cleaners, dog walkers, or anyone else who does not have a key. Current solutions, such as the keypad, involve retrofitting that can be extremely costly, and still does not provide accountability as to who is entering an exiting. The August Smart Lock not only eliminates the need for the physical key, but also gives the user the ability to digitally grant access for guests – with full awareness of lock usage through the app. Having a physical lock that can easily mount over an existing deadbolt also makes the product as accessible as possible, enabling users to quickly install the lock and then never worrying about it again. We also designed the lock to be social, both in the ability to easily share keys but also for guests to leave notes through the app.

The August Smart Lock created an entirely new category of consumer products. Never before did users have the ability to purchase an item that could fundamentally enable them to stop using keys; even with the rise of the connected home, the front door was a market that had remained relatively untapped. However, the value that August provides to its users is unparalleled – the ability to have your door unlock for you simply through proximity; being able to let guests in from anywhere in the world; having a clear record of anyone who is entered your home – capacities we would have never thought possible before, and will now become a standard of homeownership. The lock is discreet and stylish, complementing the user's home but without being too noticeable, so the user can easily integrate the lock into their life. With the ability to pair with other connected home services, the lock even has the potential to do things like set the user's thermostat to home when the user walks in, or turn off lights when the user leaves. August has not only solved an immediate need, but has opened the doors to new possibilities in connected home entry.