Leveraging human-centered design (thinking) to deliver a revolutionary new (Beggin'® brand) product system innovation to the dog snacks category. This was the result of empathic user insights, multi-disciplinary collaboration, and business strategy that led to a platform/systems innovation that moves the Nestlé Purina Petcare (Snacks) portfolio from transactional products to more participatory experiences. 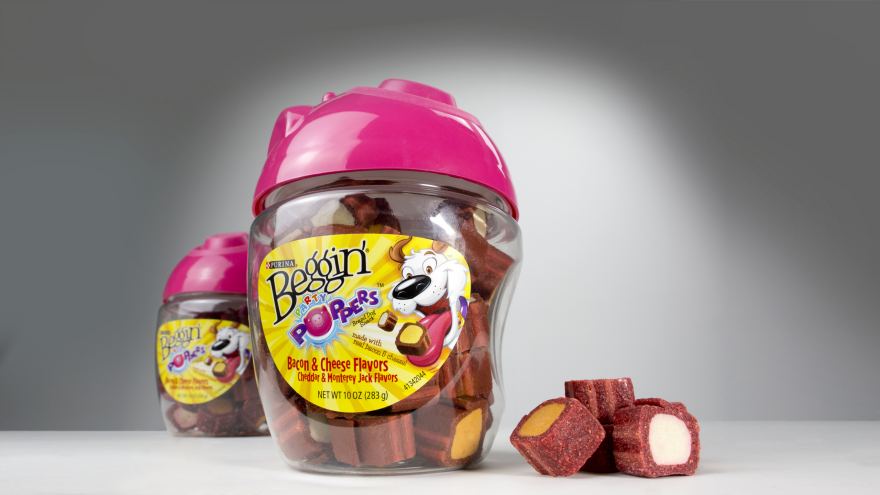 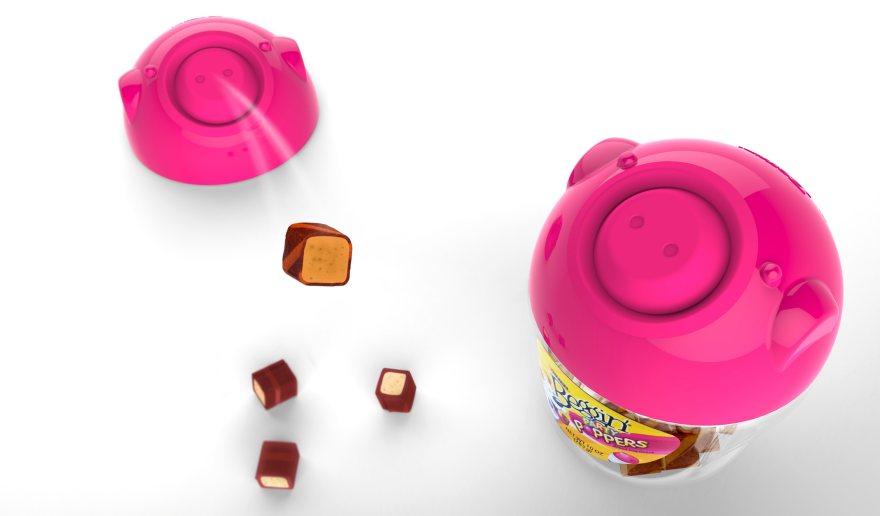 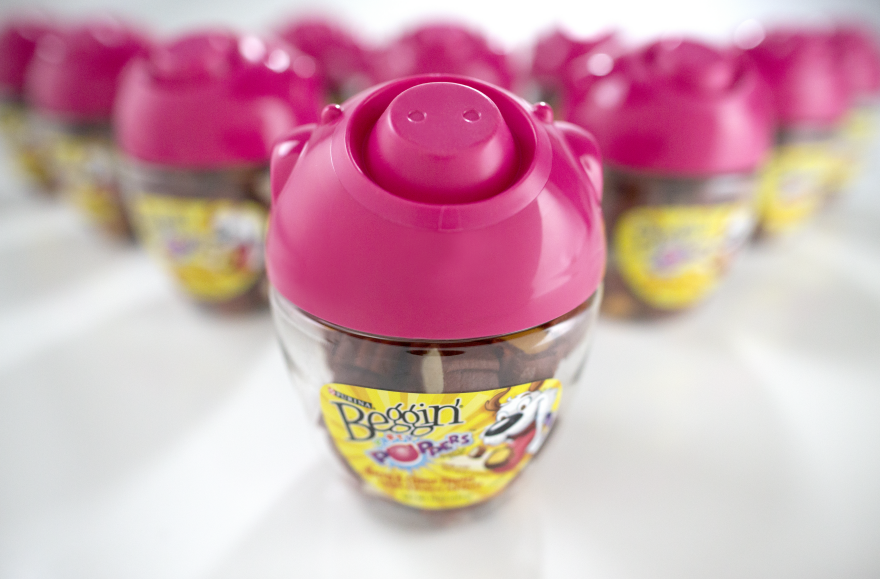 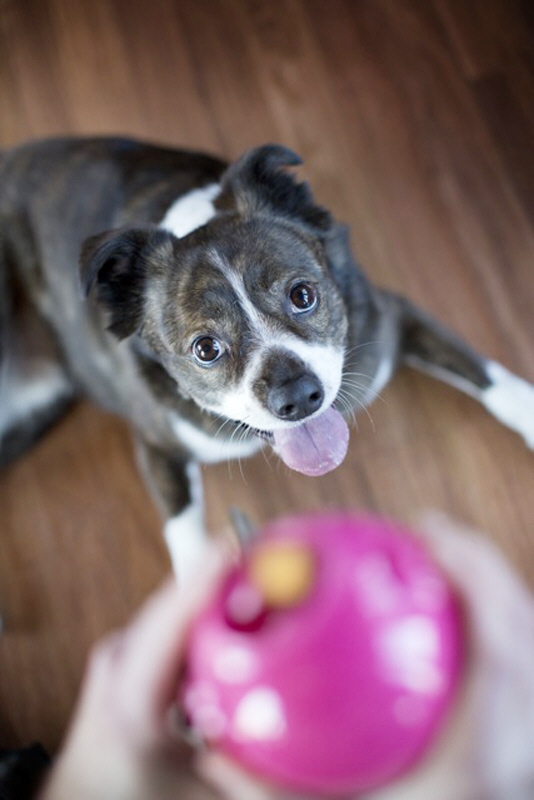 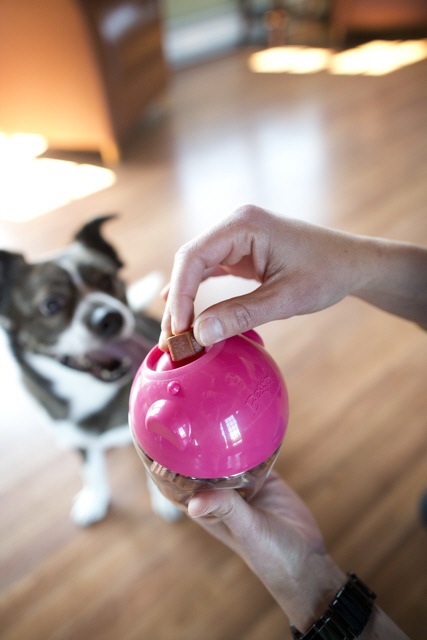 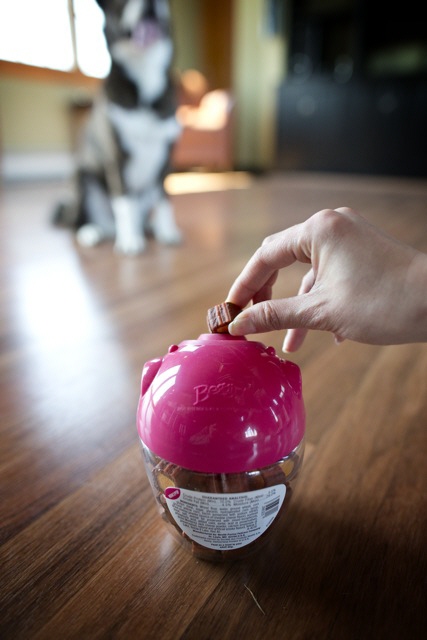 Nestlé Purina PetCare Company is a leader in the pet products industry, dedicated to enriching the lives of pets and the people who love them. Our passion for pets is matched only by our passion for the business. Innovation and inspiration fill the halls of every Nestlé Purina office. We are pioneers. Our processes are revolutionary. Our pursuit of excellence is persistent.

One of the most strategic assets of the Purina organization is our powerful range of brand offerings targeted to the specific needs and values of pet owners. One of those brands within the Snacks portfolio is Beggin® (most famous for Beggin® Strips --- you probably know the commercial and the infamous nose-cam: "its BACON! bacon, bacon, bacon!"). Beggin® is a brand that stands for anticipation, hilarious moments, shared laughter, party playfulness, and emotional love all while having bacon at the core.

The Purina Design Studio was approached by the Beggin® brand marketing innovation leader in 2012 to help them dream up novel packaging solutions for their latest snack innovation, Beggin® Party Poppers™ which was created out of an insight around party snacking and how that might translate into a dog snack. Essentially, the product is a Beggin® (bacon)-wrapped piece of cheese (think jalapeño poppers minus the jalapeño...which would not be fun if ingested by dogs...) and because of it's novel shape, size, and evolution from the Beggin® Strips mega-brand, the organization felt the need to innovate around the entire offering, mainly packaging.

After aligning with marketing leadership on the scope and deliverables for the project, the initial problem framing statement became:how might we create a novel, new package design for the (Beggin’®) Party Poppers™ snack innovation? The design team then set out to frame an approach and gain an understanding of the value that this product truly provided for dog owners (and of course, the dog too). The team entered a discovery phase by obtaining several research videos showcasing the product being tested in-home with dog owners and stumbled upon a pivotal user insight: currently the snacking experience consists of a transactional moment of reaching into a bag and handing it to the dog. What if we could extend that moment to make it more of a participatory experience, engaging both dog and owner in a more meaningful way? "Extending the moment" instantly became the reframed value proposition and ignited the product development process.

Following the discovery and reframed problem definition, the team organized and led a multi-disciplinary (technical applications/operations, marketing, sales, R&D, design, product development, and even agency partners) concept development workshop using design tools, methods, and frameworks to guide the team of 20+ through an extremely engaging ideation process. This process led to over 200 ideas and 20+ low-fidelity prototypes that the design strategists and industrial designers brought back to the design studio to further refine.

After another round of design refinement, the team connected two concept ideas from the brainstorm: one was a characterized pig-head lid that was created out of the tongue-in-cheek connection to bacon, and the other was a delayed "popping" lid that launched the product through the air (prototyped using a metal mint container lid). The team quickly franken-prototyped a 3D model pig head form and where the nose would be, duct-taped one of those little rubber party toys that you invert and wait for them to reform and "pop" off the table. The result was the genesis of the Beggin® Party Poppers™ total system experience.

Understanding that the internal capabilities were limited, the team partnered with two external prototyping/manufacturing firms to help create working prototypes to share with the snacks leadership team to gain alignment on moving forward. Most of the initial prototypes failed miserably, but eventually the team solved the functional problems and were able to produce prototypes for user testing.

Using a balanced quantitative/qualitative testing methodology, the core team learned that through the application of playful characterization combined with the engaging functional experience this delivered, users were 60% more likely to purchase the Beggin® Party Poppers™ product when combined with the "popping" lid + canister.

But the design and innovation strategy did not end there. This was a departure from the core product competency of Nestle Purina and we wanted to be sure it made an impact so the team developed and proposed a new business model leveraging internally produced (low-cost, high-margin) pouches to act as refills for the premium canister that would create more of a "toy" in the home, than a package in the pantry. This model (similar to razor blades or Keurig) allowed for a much more positive ROI for the snacks business and made it easier to sell into the organization, despite it's departure from the core.

The results since the 2014 launch (financially, socially, and strategically) have been fantastic. Beggin® Party Poppers™ hit it's 2014 KPI number by Q3. Users were (and still are) providing great feedback on how much they love the product and how much fun their kids (and dogs) were having together. And from a business standpoint, this offers an IP protected product system/platform (and new brand character!) that can be leveraged and evolved over time, creating competitive advantage for years to come.

Check out the video above, it really should speak for itself!