The Urban Post-Disaster Housing Prototype Program from NYC Emergency Management and NYC Department of Design and Construction outlines a new plan for interim housing that will provide more suitable living spaces for New Yorkers displaced by disaster than conventional interim housing solutions used in other parts of the country. The Urban Post-Disaster Housing Prototype Program will extend the City's Coastal Storm Plan and constitute a critical step in New York City's effort to plan ahead for long-term housing recovery after a catastrophic disaster. A functional prototype was assembled on site at the corner of Cadman Plaza East and Red Cross Place in Brooklyn, NY, on April 26, 2014, and will remain in place for up to two years. 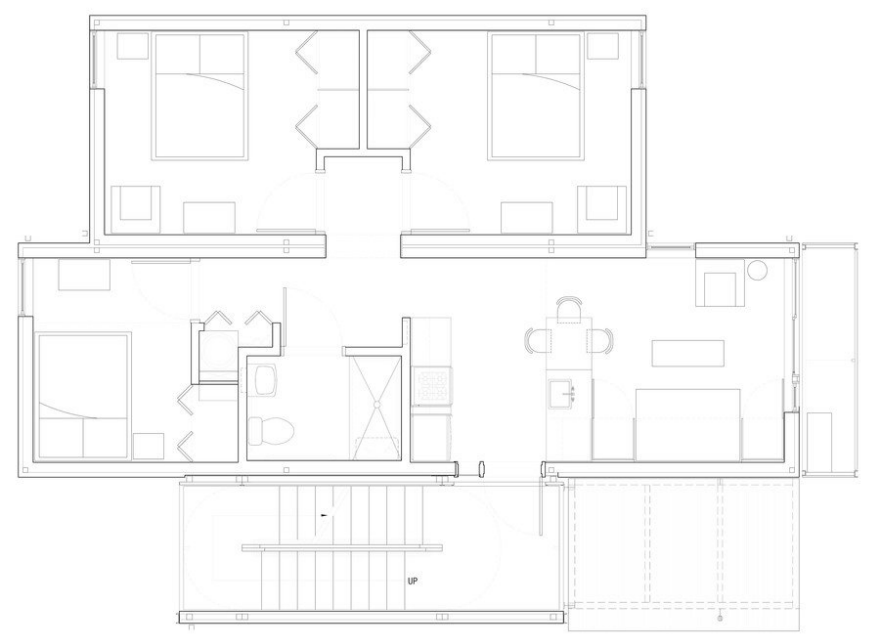 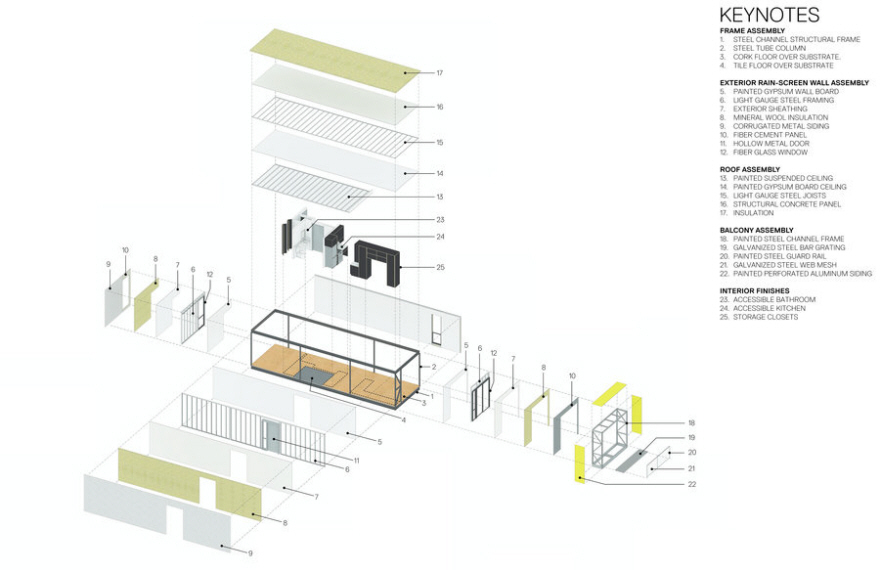 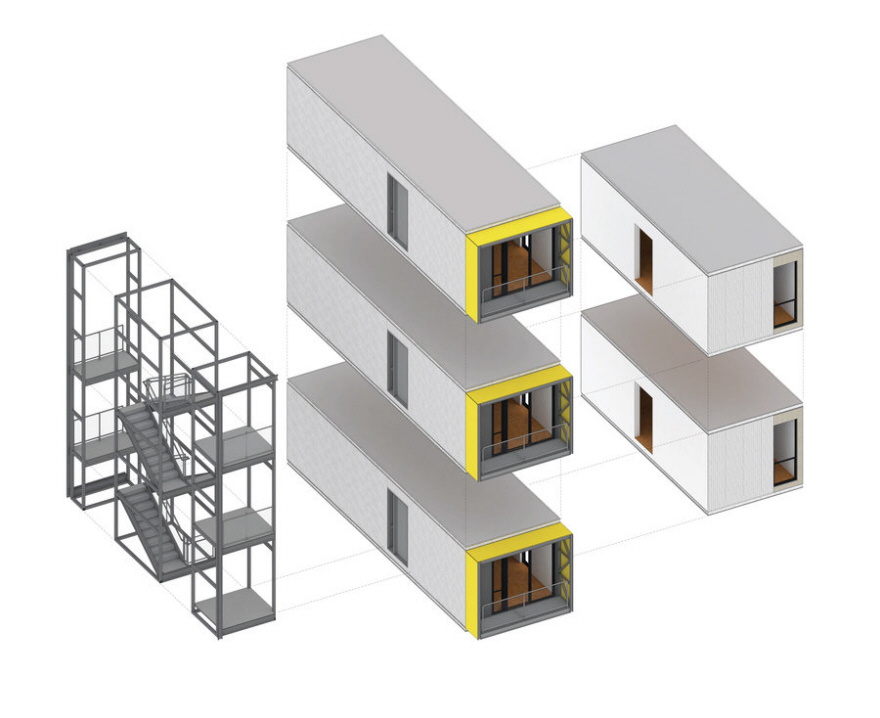 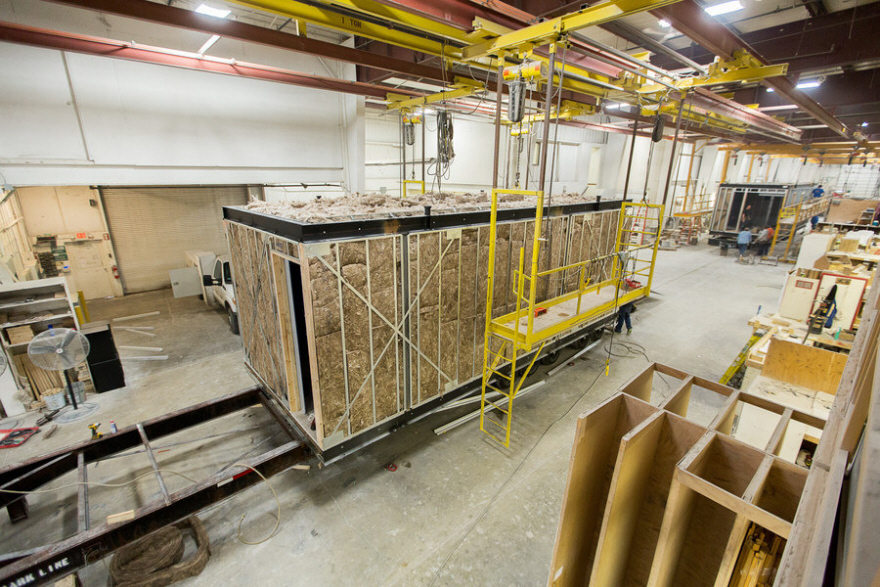 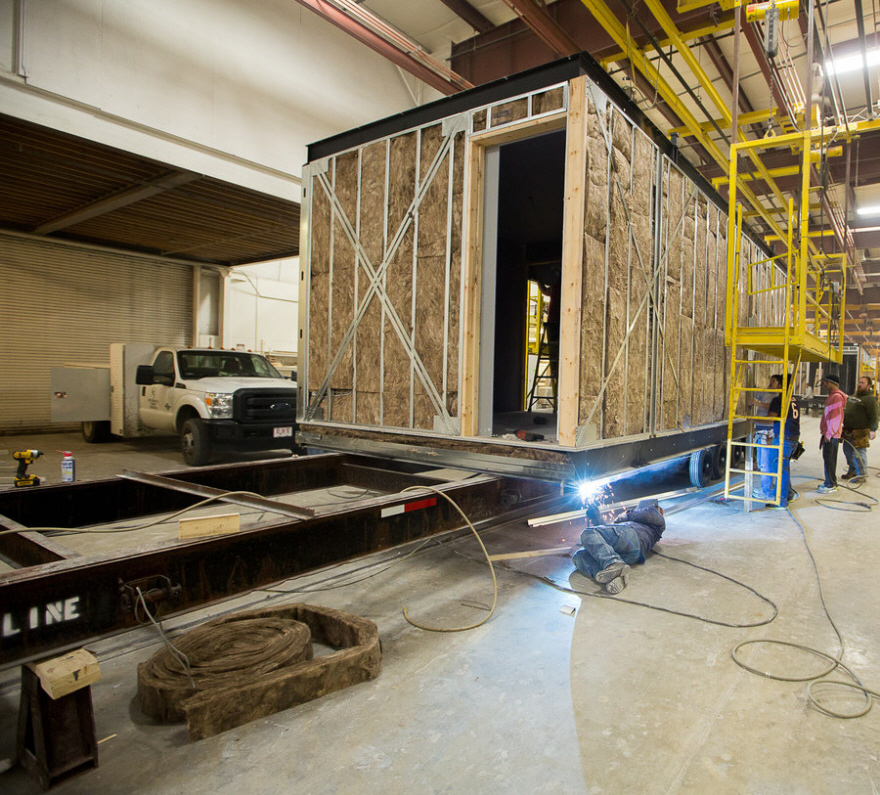 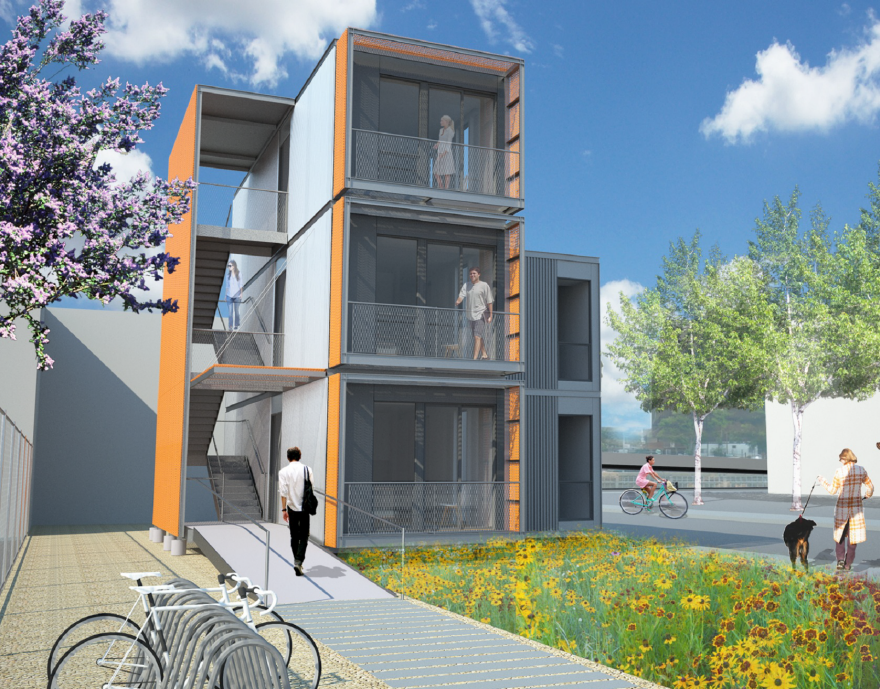 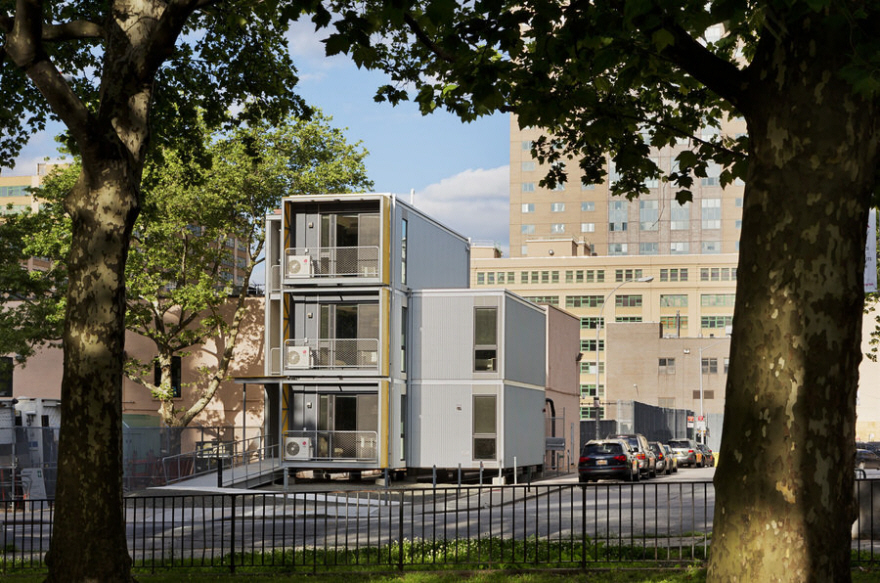 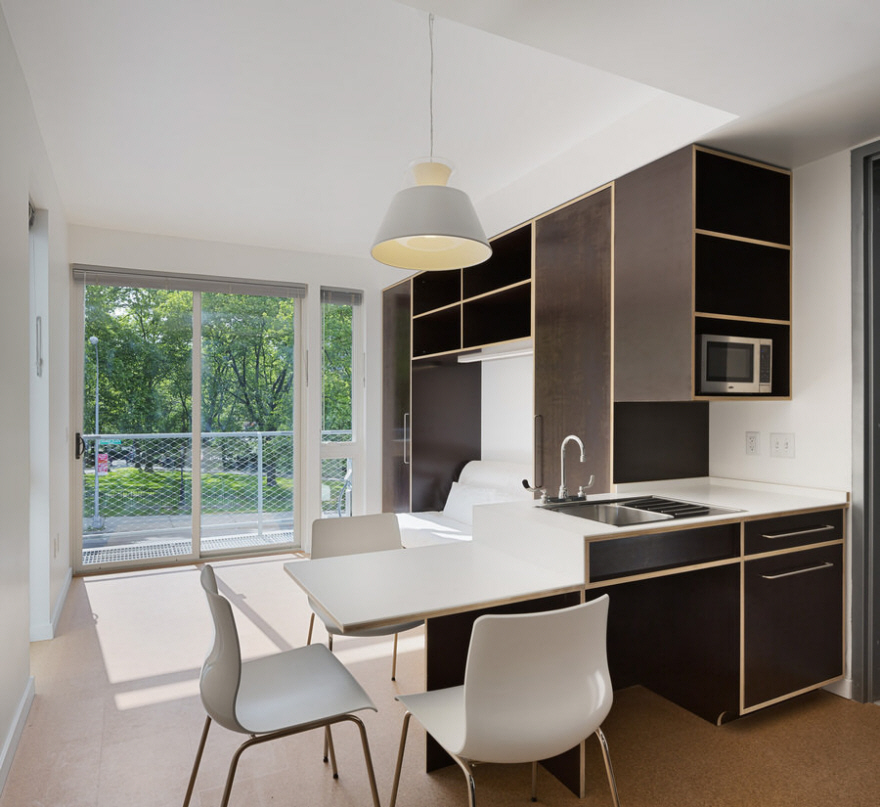 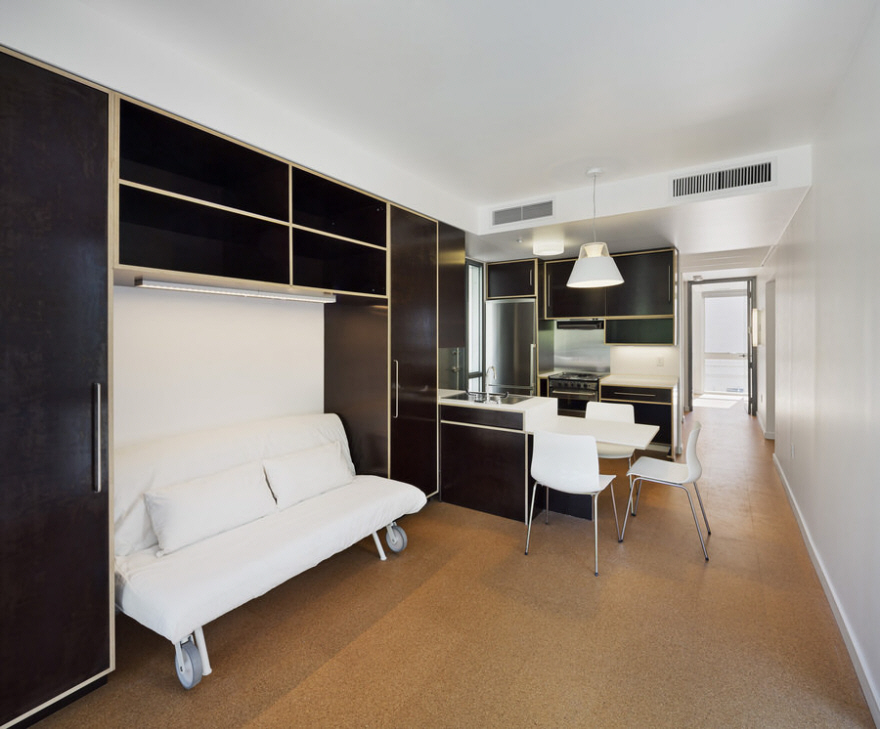 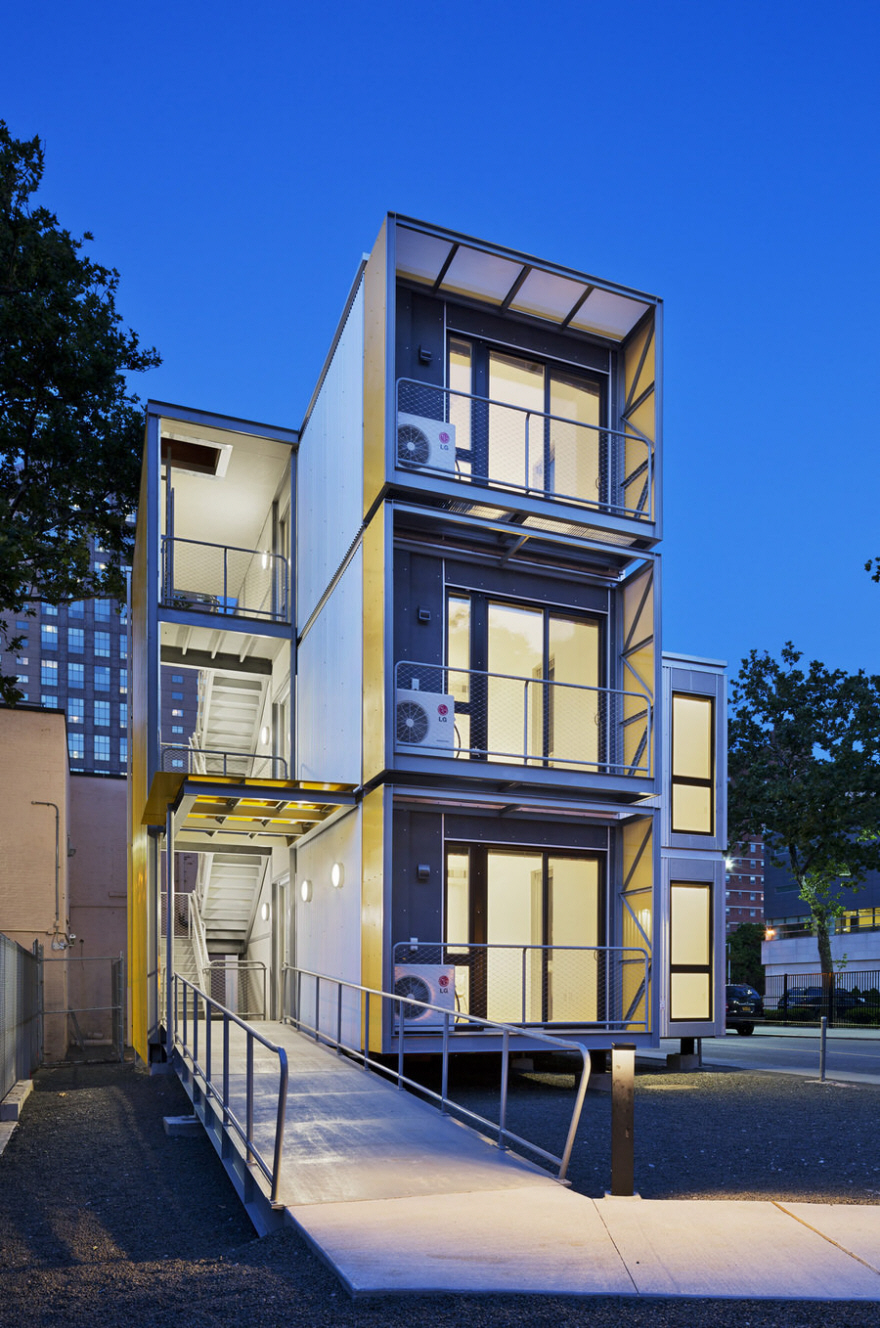 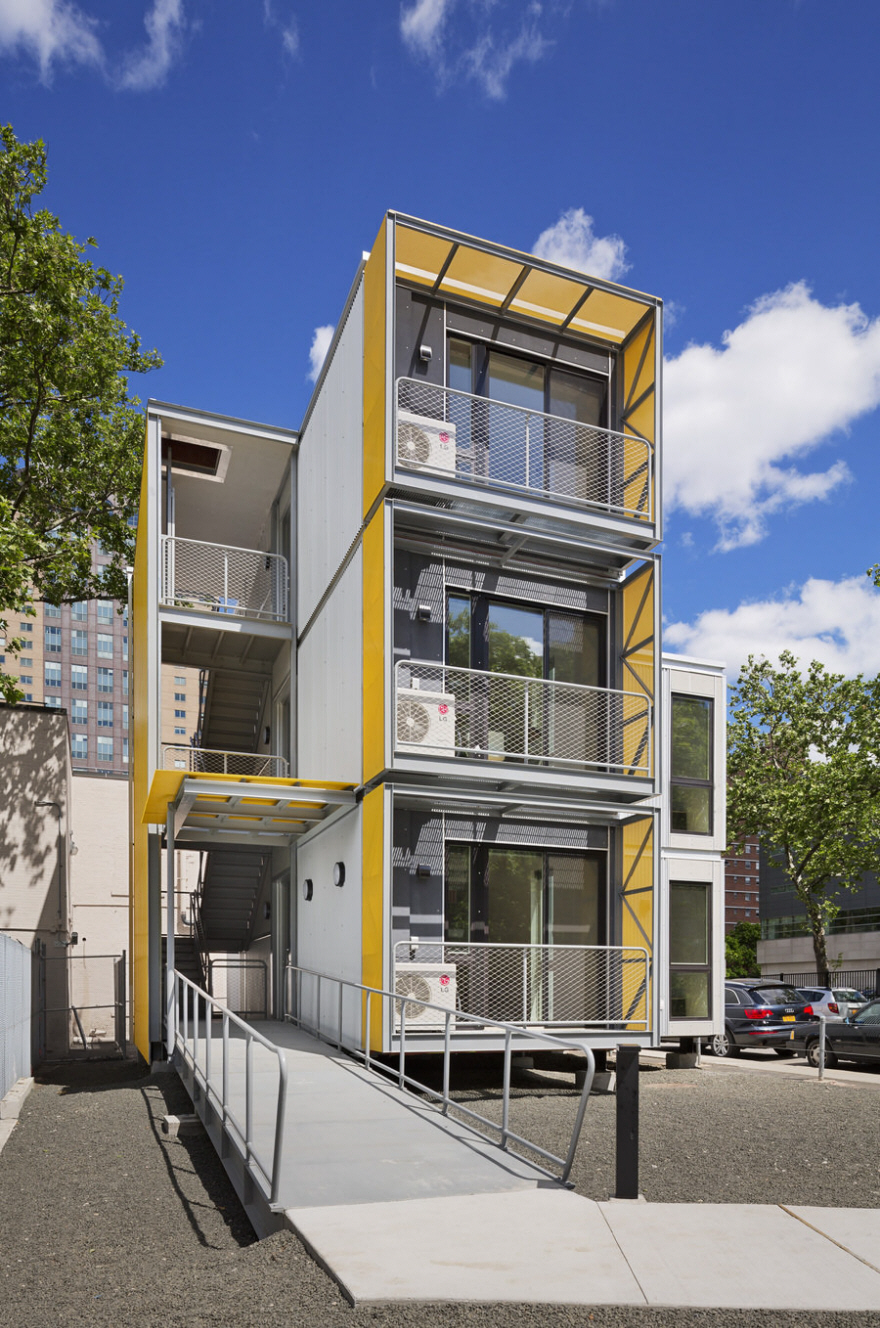 As a follow-up to NYC Emergency Management's "What If New York City..." Design Competition for Post-Disaster Provisional Housing, the Urban Post-Disaster Housing Prototype Program outlines a new plan for interim housing that will provide more suitable living spaces for New Yorkers displaced by disaster than conventional interim housing solutions used in other parts of the country.

NYC Emergency Management used the best competition entries to create an Urban Interim Housing Unit Specification, essentially a blueprint for the manufactured housing industry to use to create post-disaster housing. It contained stringent requirements for safety, environmental quality, durability, and universal design. NYC Emergency Management then developed a guide, or "playbook," for post-disaster site selection with design principles for keeping residents in the community and allowing them to live and work in their neighborhood.

The Urban Post-Disaster Housing Prototype Program will extend the City's Coastal Storm Plan and constitute a critical step in New York City's effort to plan ahead for long-term housing recovery after a catastrophic disaster. After an evacuation is called, evacuees follow three basic routes: some leave the city to self-shelter offsite, some evacuate to the City's sheltering system, and a few stay behind.

After the event, some return home immediately, some who were away enter the sheltering system, and some stay away. During the following days, the City coordinates rescue operations, damage assessment, debris removal, utility restoration, and establishes the basic mechanisms for recovery.

As the sheltering system phases out, people move into existing temporary housing — this could mean available vacant apartments, hotels, or staying with friends and family. Many of these temporary housing solutions are untenable over a long period of time for various logistical and social reasons.

As damaged homes are repaired, people return. Their return is reflected in the growing thickness of the "home" band. If the existing temporary housing solutions are exhausted and all housing stock is not yet repaired or rebuilt, there will be a need for additional sources of interim housing.

In 2012, NYC Emergency Management and the NYC Department of Design and Construction – with support from FEMA and the Regional Catastrophic Preparedness Grant Program – secured funding from FEMA to build a prototype and the U.S. Army Corps of Engineers (USACE) was designated as project manager for the prototype construction. The contractor is American Manufactured Structures & Systems, working with designer Garrison Architects, Mark Line Industries of Pennsylvania (which is fabricated the prototype), and Anastos Engineering Associates.

The prototype was assembled on site at the corner of Cadman Plaza East and Red Cross Place in Brooklyn, NY, on April 26, 2014, and will remain in place for up to two years. The design was chosen as the result of a Request for Proposal that called for a full spectrum of services as they would be requested after disaster. With a completed multi-unit prototype, the City can expect to learn more about the full spectrum of logistical and administrative challenges that could accompany a rapid deployment of manufactured housing units to New York City. USACE is also testing the construction process and living conditions of the housing unit, including air quality and energy efficiency.

The prototype is a three-story structure with two three-bedroom units and one one-bedroom unit. The unit on the ground floor serves as a public gallery with information about the project, and tours are available by request. With 1- and 3-bedroom configurations, every unit features a living area, bathroom, fully equipped kitchen and storage space. Units are built with completely recyclable materials, cork floors, zero formaldehyde, a double-insulated shell, and floor-to-ceiling balcony entry doors with integrated shading to lower solar-heat gain, provide larger windows, and add more habitable space. Units can be equipped with photovoltaic panels, which will not only alleviate pressure on the city grid, but also ensure the units are self-sustaining.

The site for the prototype is a parking lot that measures approximately 40' x 100', owned by the NYC Department of Parks and Recreation and the NYC Department of Transportation, and made available to OEM and DDC for the duration of the project. It is at the corner of Red Cross Place and Cadman Plaza East, adjacent to the OEM headquarters in Brooklyn, NY. The site was chosen because it presents many of the challenges for post-disaster housing deployment in urban areas and because it has many of the assets those displaced by disaster would need to re-establish a sense of community.

To understand how the prototype could be used for large-scale urban restoration, the City has partnered with the Pratt School of Architecture's Recovery, Adaptation, Mitigation and Planning (RAMP) program to study how the prototype could be aggregated to restore a neighborhood. The units will be occupied on a rotating basis, and living conditions will be evaluated through the Sustainable Urban Environments Program at Polytechnic Institute of New York University (NYU-Poly).