The site is located in a suburb of Nagoya City, near the last stop of a metro station, and facing a major arterial road. A large development project being undertaken in the surrounding area, will transform the site in years to come.
The following points were focused on to carry out the project:
Creating the image of a fresh space that will play a key role in our company's future development.
Encouraging rich communication between the staff.
Exploring the possibilities of a wooden structure. 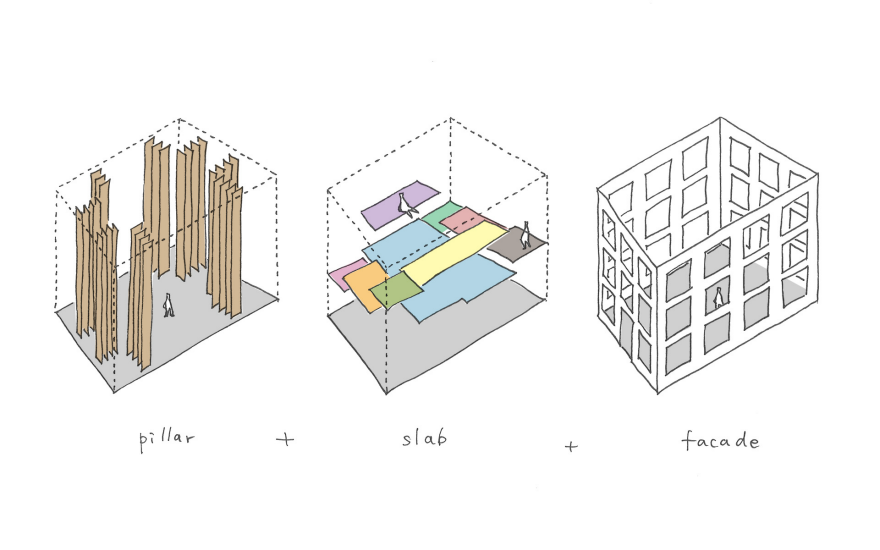 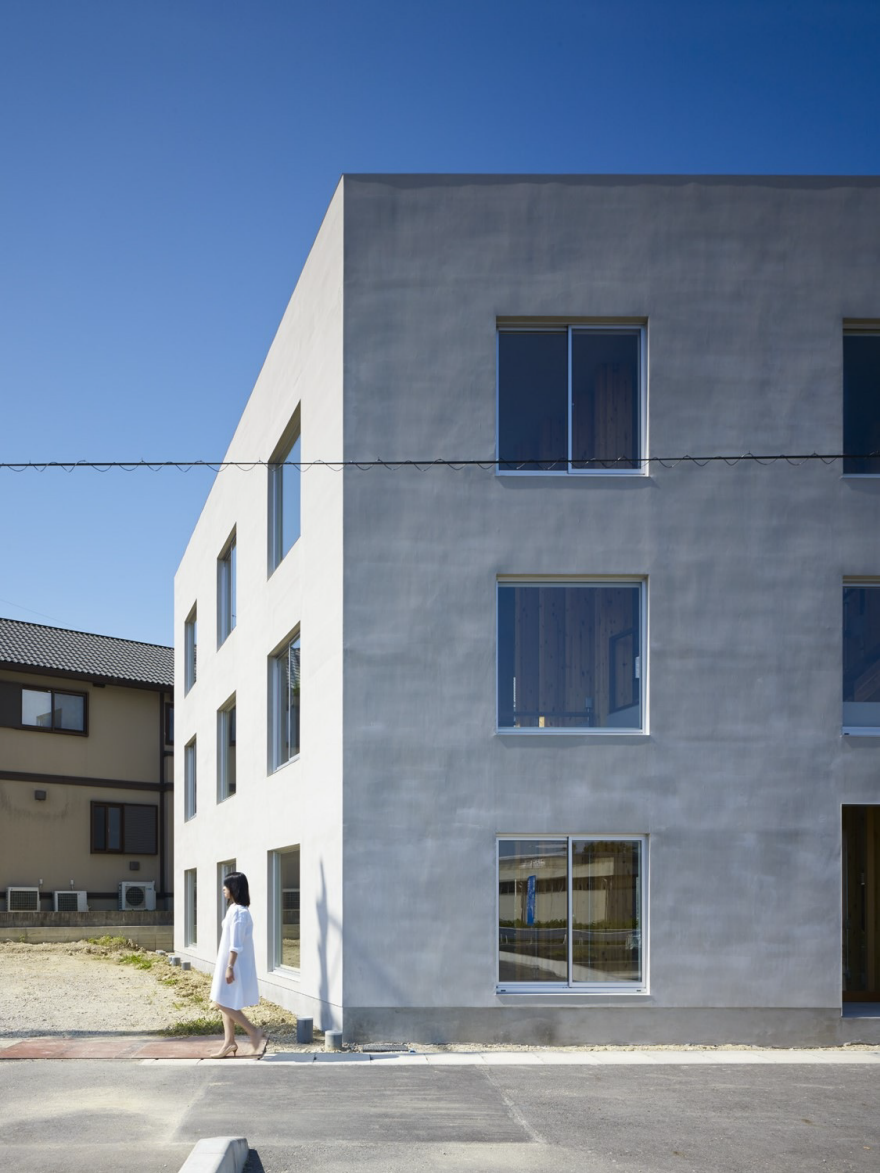 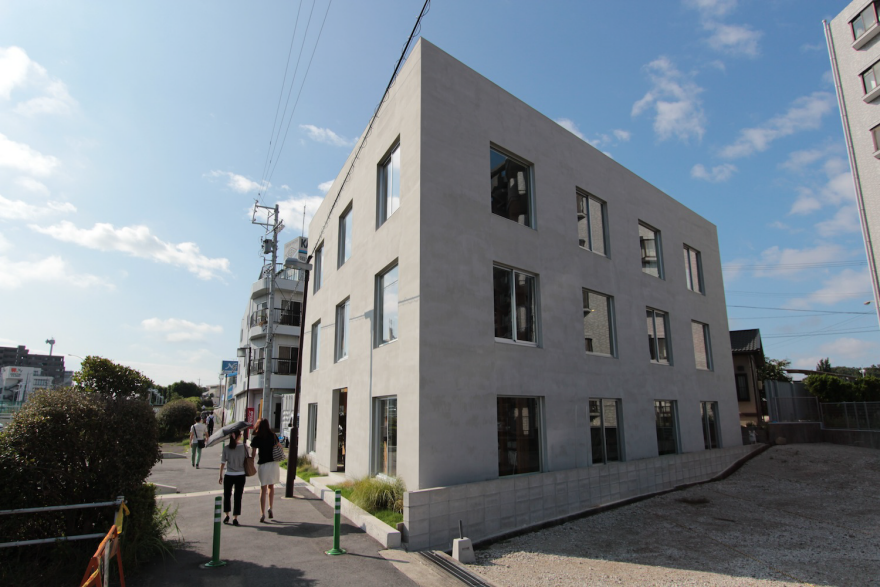 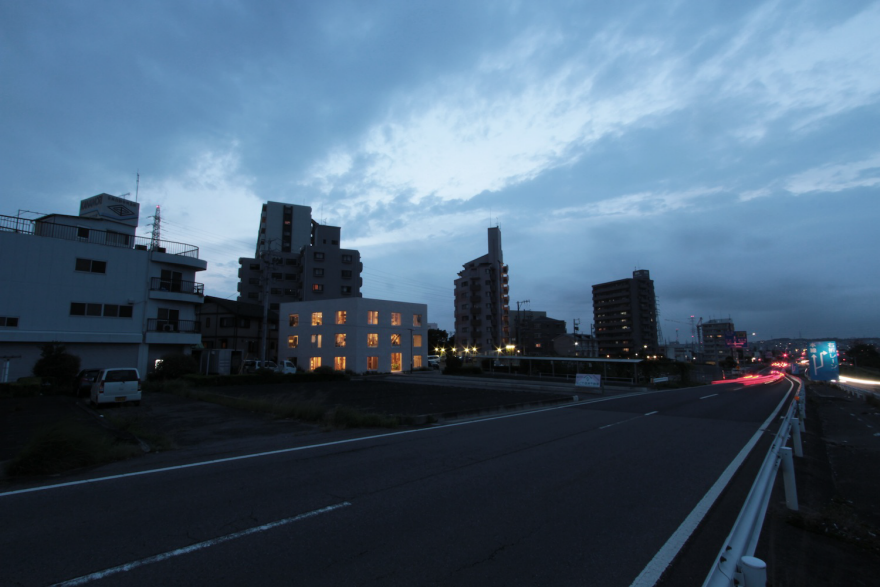 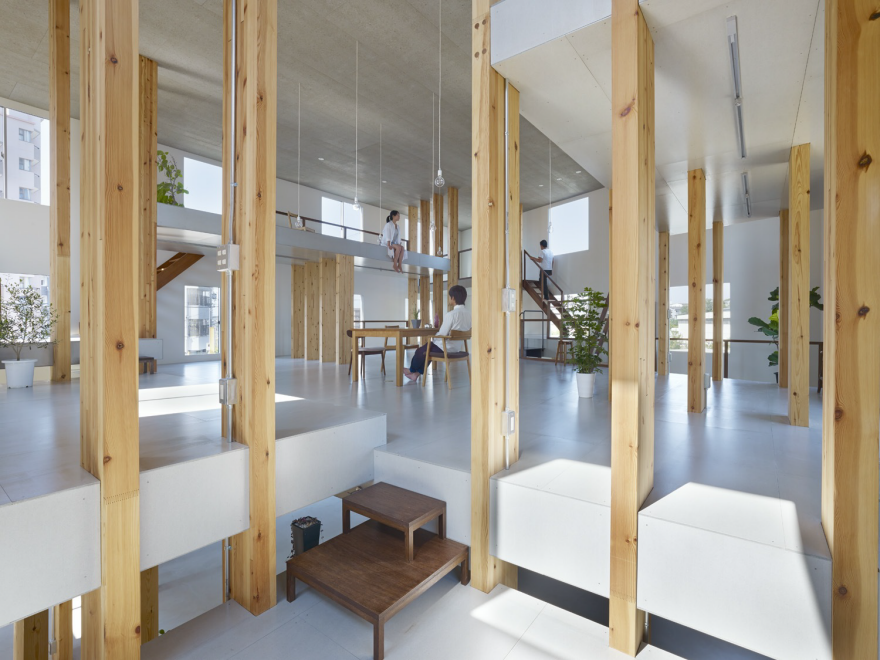 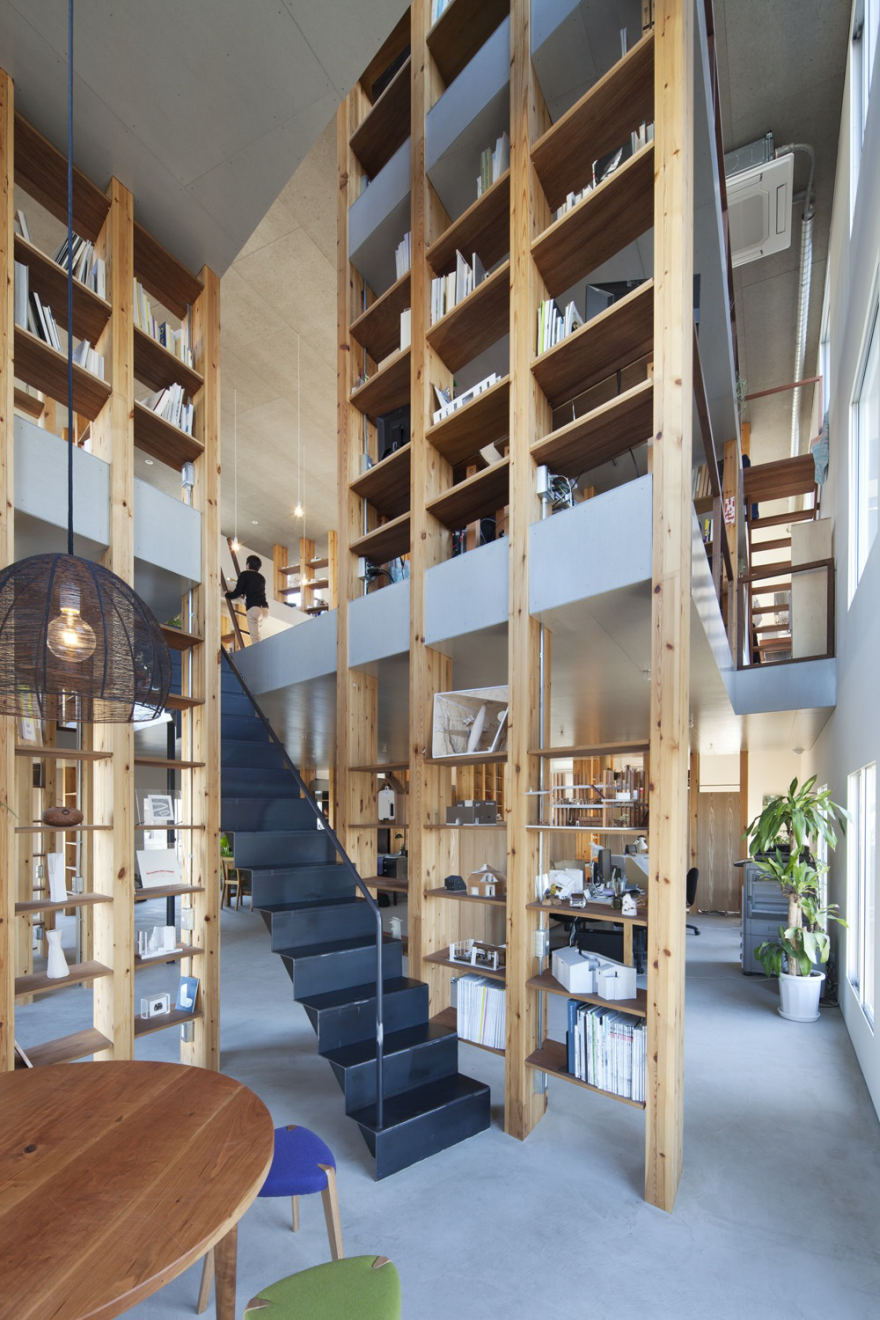 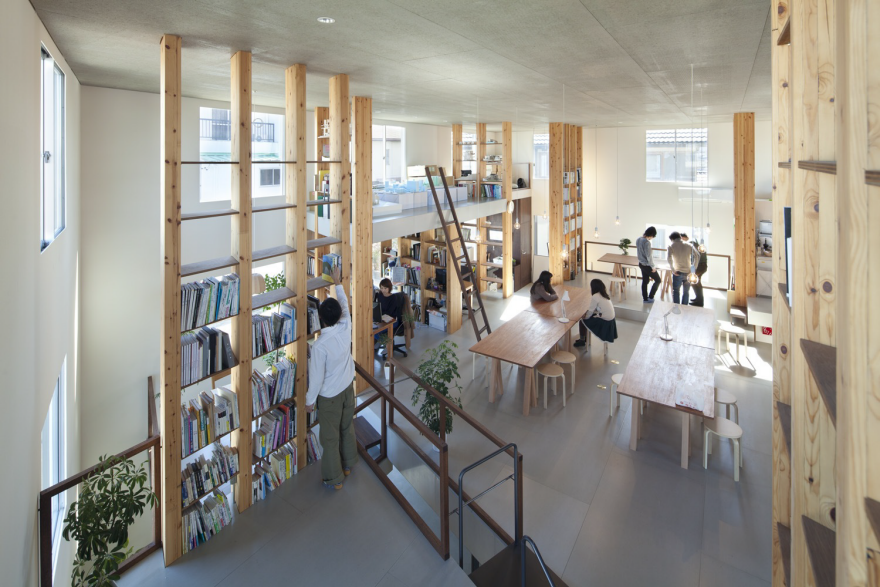 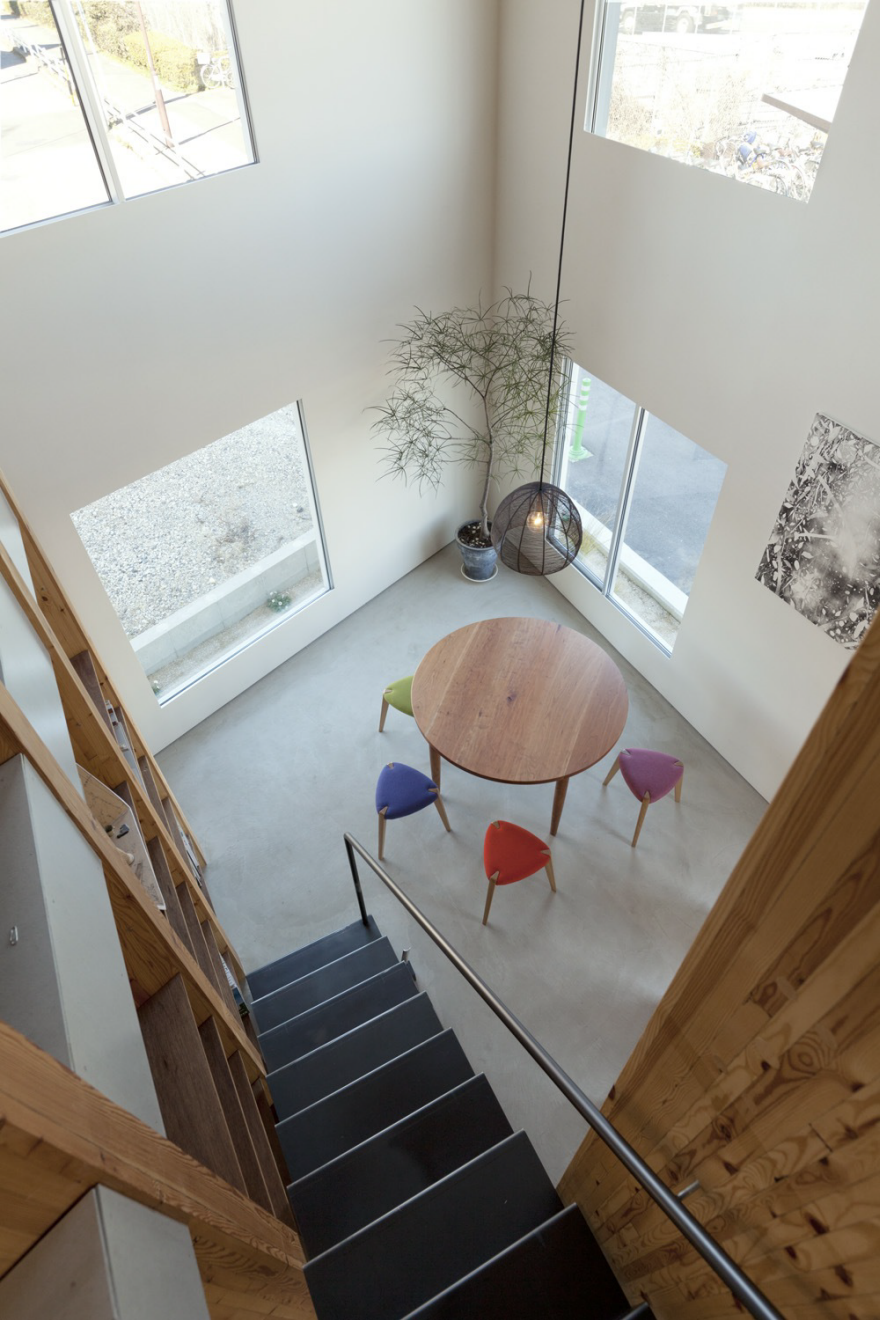 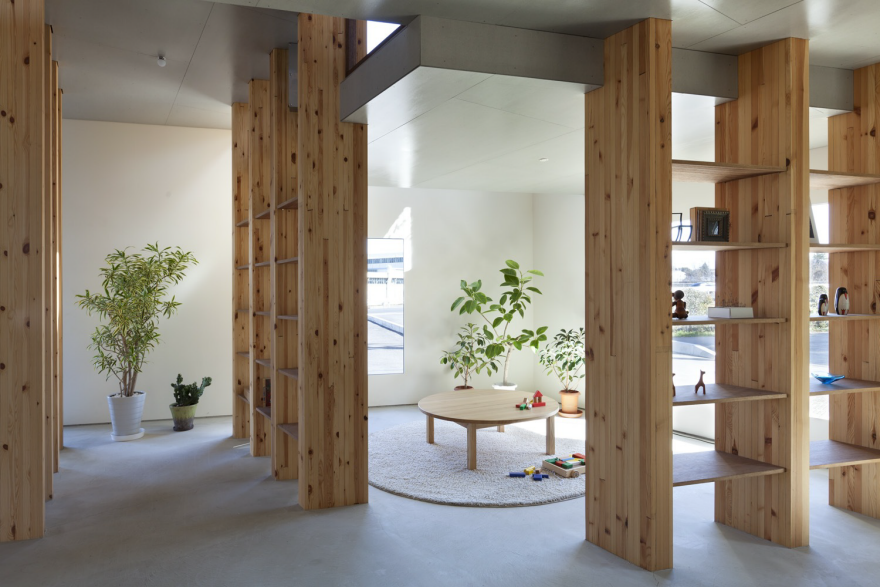 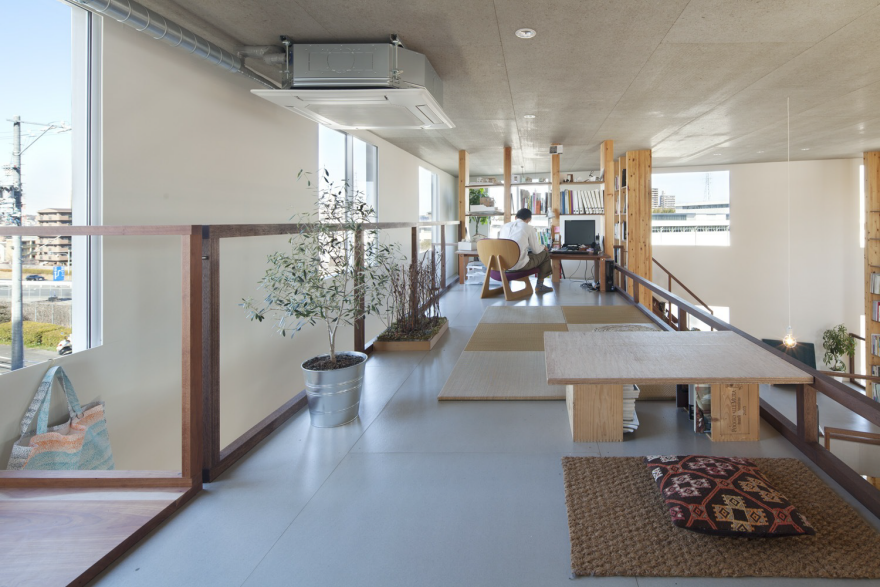 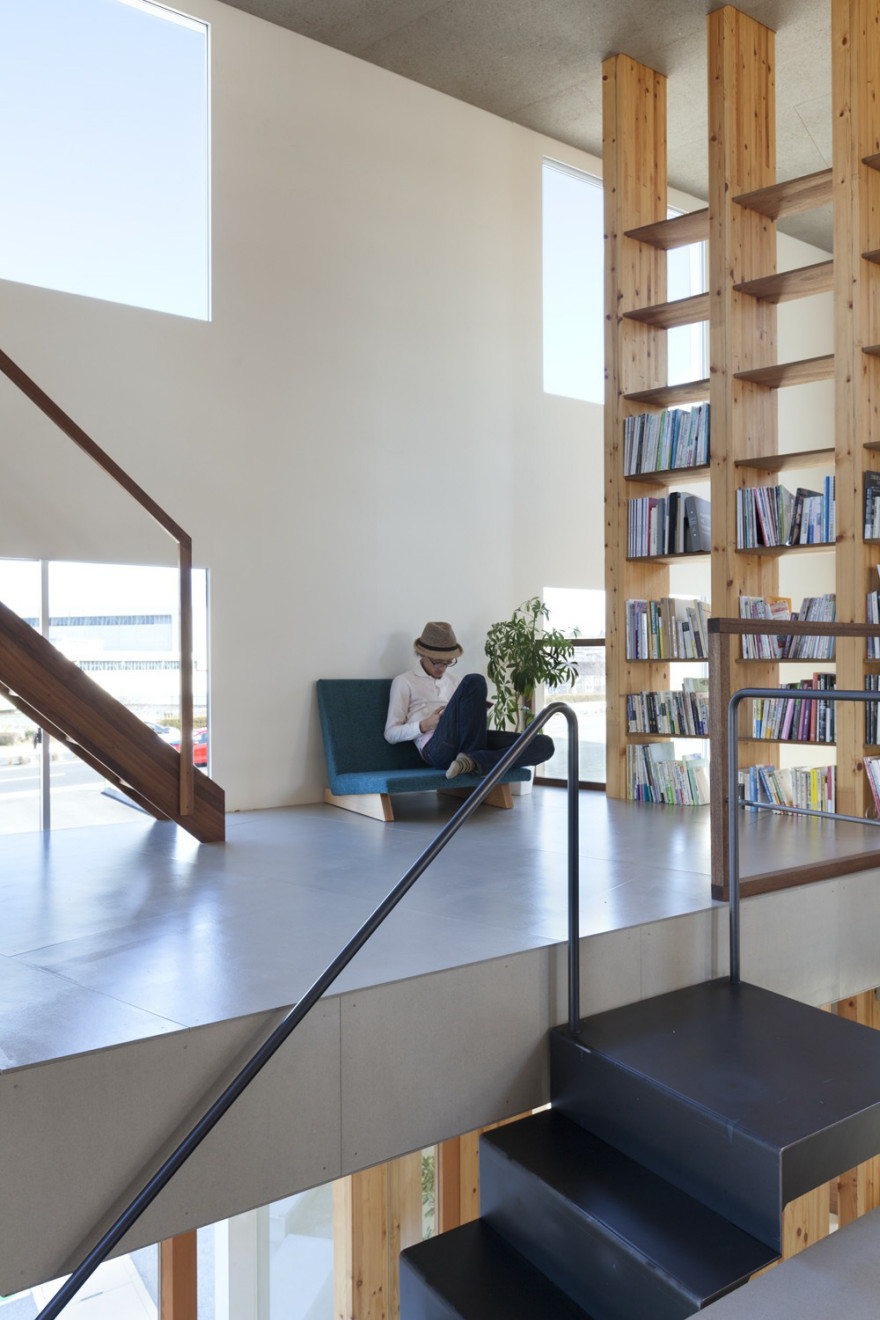 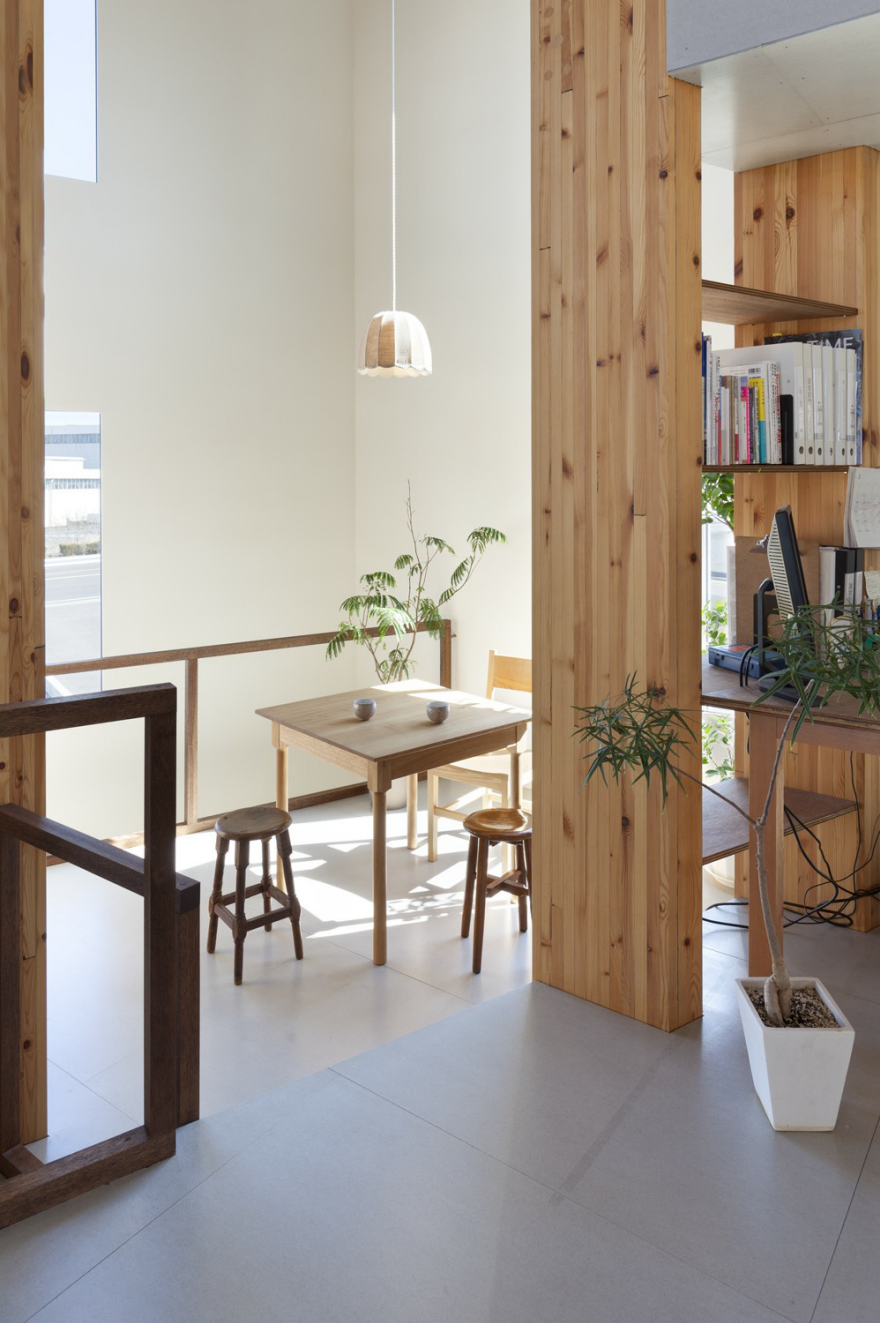 The construction was planned with the following considerations in mind:
Firstly, concerning the placement of pillars, 30 pillars were placed in a hash-tag layout allowing the creation of a structure that has no load bearing walls inside.
Secondly, with regard to the slabs, free-arrangement of the slabs produced differences in height allowing the staff to choose their own custom spaces in the office. Thirdly, regarding the exterior, same-sized openings cover all four walls and give a classic look to the main façade, and provide it with the impression of durability. All of these elements came together to create an intentionally designed space that could bear unintended and surprising forms of functionality.
Characteristics such as windows cut-off by slabs, windows placed in inaccessible locations, and the staircase peaking out from between slabs contribute to a rich, unusual space—a space that provides the feeling of being in a grove, accomplished through the sunlight shining down via windows on the walls surrounding the inside—even though the space was created artificially.
Wooden architecture is a very much suitable construction method for the environment and life in hot and humid Asian countries. Securing enough architectural resources, wooden structures take an important role in terms of the maintenance of mountain ecosystems. We made a point to use those timbers in a positive manner, and to adapt its usage to the needs of the times.
We believed that seeking new wooden architectural methods along with the social situation in modern Asian countries would contribute to improving the wooden architectural technology in many regions.
The office is a connected one space and it brings us to encouraging rich communication between the staffs. And also it makes stuff's motivation higher and their work efficiently. At the same time, a quiet but iconic façade of the office which facing a major arterial road, makes easier to recognize by neighbors and passers.
This office is shared with a real estate agent and a complex company which architecture, graphic design and regional vitalization. We believe that it has a potential of changing the city better if those two companies work together as gear wheel.