King Henry the VIII, stands out in history for his abuse and murder of six queens and creation of the still-standing Church of England. I was always fascinated by this notorious King for a different reason... how did he get away with it all? The answer lies in the carefully crafted Tudor Brand, a centuries old system devised by a King who knew how to manipulate his image to suit his purpose. The Tudor Brand is arguably one the first examples of a complex political identity systems put forth by a political leader. Henry VIII realized that "power depends as much on perception, as reality", and his rule is one of the first examples of the "political spin" machine, which relied heavily on design to reach its goals.

My project is a modern translation of King Henry VIII's political brand, beginning with modernizing his logo, and then leveraging new technologies to create a hypnotic display of propaganda. The overall system is intended to be a political and social commentary which asks the public to consider how far (or not so far) we have evolved from this type of leadership. A type where leaders are concerned with creating an impressive public spectacle and overloading us with information, in order to distract us from what is really happening between the lines. What does this modern take on an archaic system reveal about how power and authority can be branded and cemented in the minds of the people? 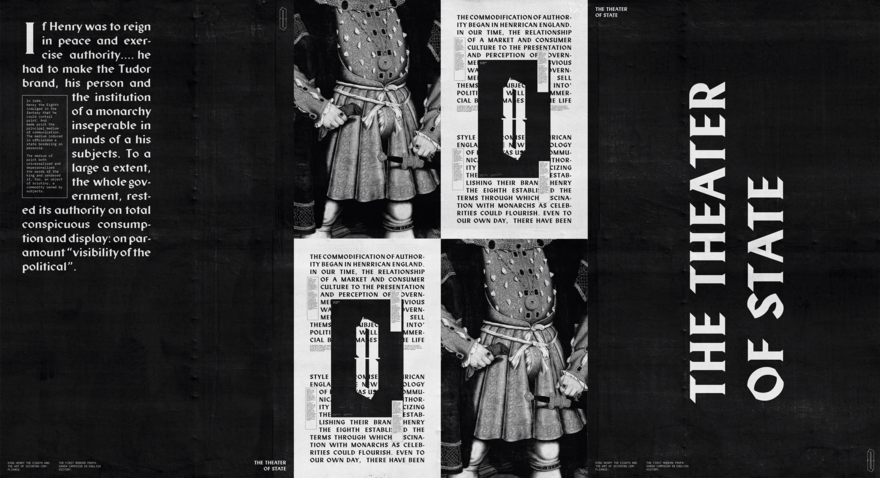 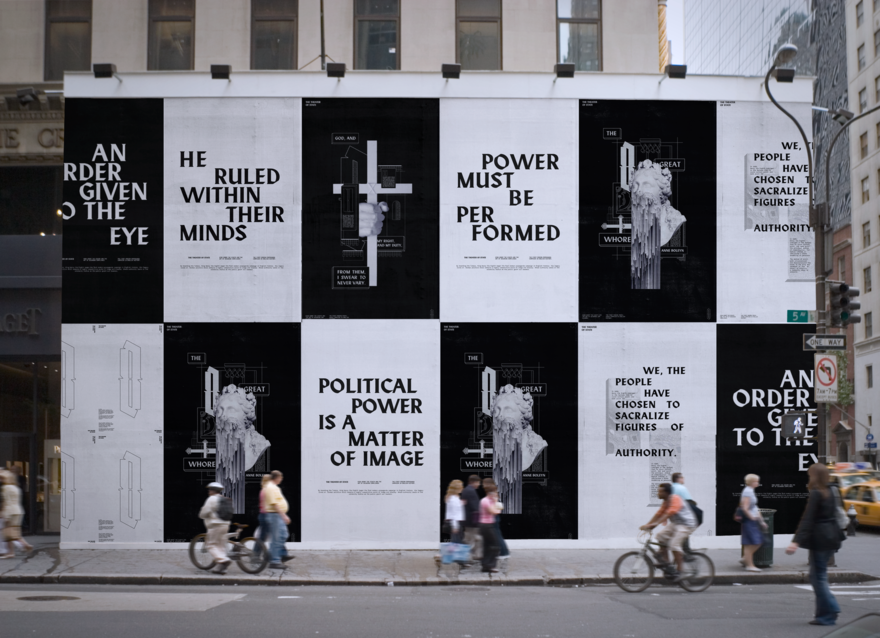 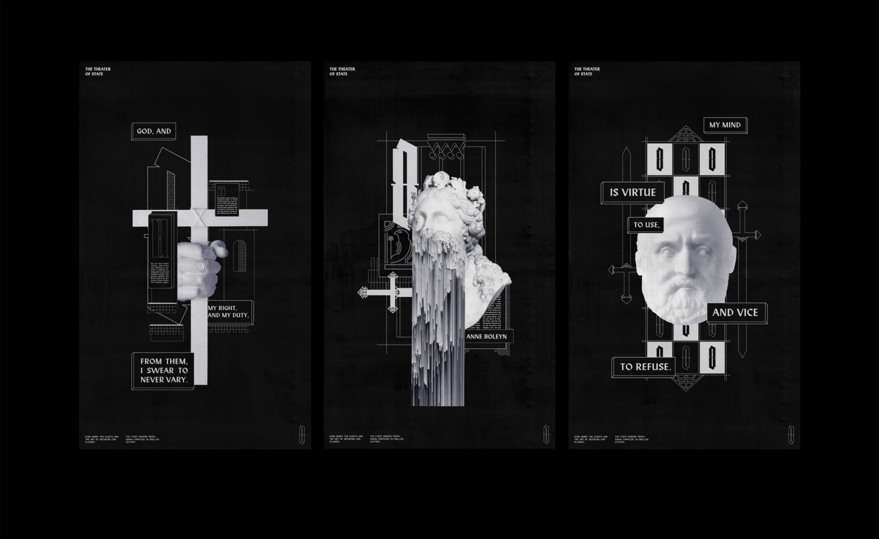 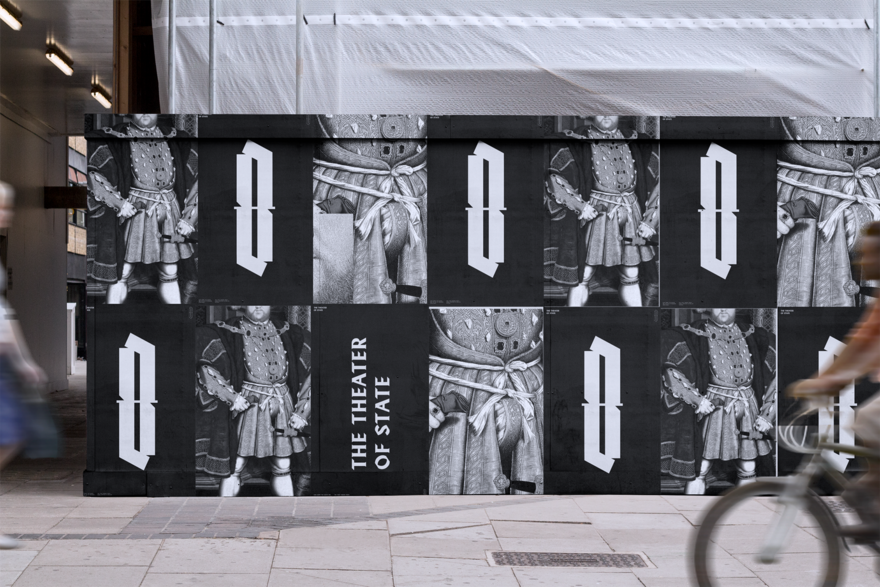 In the sixteenth century, monarchies were never stable. Henry the VIII was only the second Tudor King, and his father took the monarchy by force. If you were unpopular, your days were numbered. Henry VIII did many unpopular things (to say the least), so how did he manage to not only remain in power, but also maintain such devotion and love from his subjects that his death was mourned across the land? The answer is The Tudor Brand that he crafted so cunningly with his team of advisors. He was the first ruler to successfully use visual branding and messaging to maintain authority. In fact, his efficacy as a ruler depended on his ability to convince the commoners of his iconicity and inherent right to rule, and he used design and emerging technology to spread his word and bombard his subjects with his propaganda. His strategy was simple: produce a spectacle, overwhelm, repeat.

My process involved critical study of Henry VIII’s tactics and determine how the same effect would be generated today. I took the time to not only understand what Henry VIII did, but also why. I designed a custom logo for Henry using a blackletter inspired form, and integrated it with another mark, a falcon, for his Queen Anne Boleyn (he created a new logo combination for every wife he crowned). I utilized his famous Holbein portrait, cropping in on his direct gaze, aggressive stance and his crotch because this was a carefully devised portrait intended to reinforce strength and masculinity. Previous portraits were taken in profile, so this diversion was intentional.

My color palette is also an intentional break from the opulent display of the Tudor Era. At the time, rich dyes were reserved for the aristocracy and therefore symbolized power. Any use of color would stand out and catch attention, which is precisely why Henry VII used it. I decided to use a black and white color palette for the same reason. In today’s color-saturated world, contrasts grabs attention.

Henry VIII’s use of the printing press was incredible, he was the first English ruler to establish a royal press, and he used it consistently. He printed all his speeches for distribution, as well as his image so his subjects could be aware of his presence at all times. He even would “leak” his own private diaries which contained love letters to his mistresses in order to appeal to his subjects as an ordinary man. His reason for this is two-fold: firstly, that constant distribution of his word and image allows for subjects to beginning literally investing in him, and secondly, the new technology of print was inherently fascinating to subjects.

My translation is similar, I devised a system of posters which centered on the three main events of his rule: the beheading of his queen, the creation of the Church of England, and the quelling of the Yorkshire Rebellion. I also created many secondary posters that added to this “public spectacle” I am seeking to recreate. They also serve as representation of these “sound bites” Henry VIII is so fond of. One of the most significant design decisions I made, was to use animation in my system. I wanted to recreate that feeling of hypnotic fascination for a 21st century audience, and that involved breaking away from static design. Utilizing animation that can be viewed through augmented reality tools, I re-create a living wall of Tudor propaganda that completes the identity system.