Two posters composed by a modular font which presents a contemporary take on medieval illuminated historiated initials, bringing them into the 21st Century. 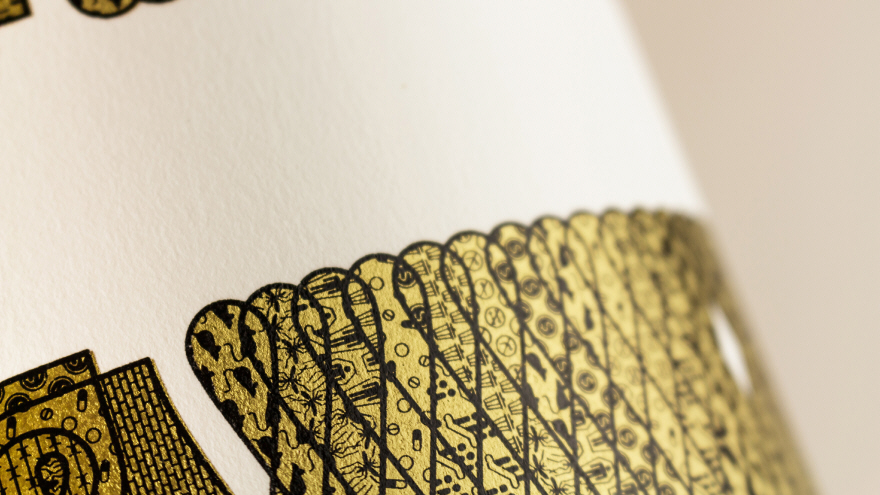 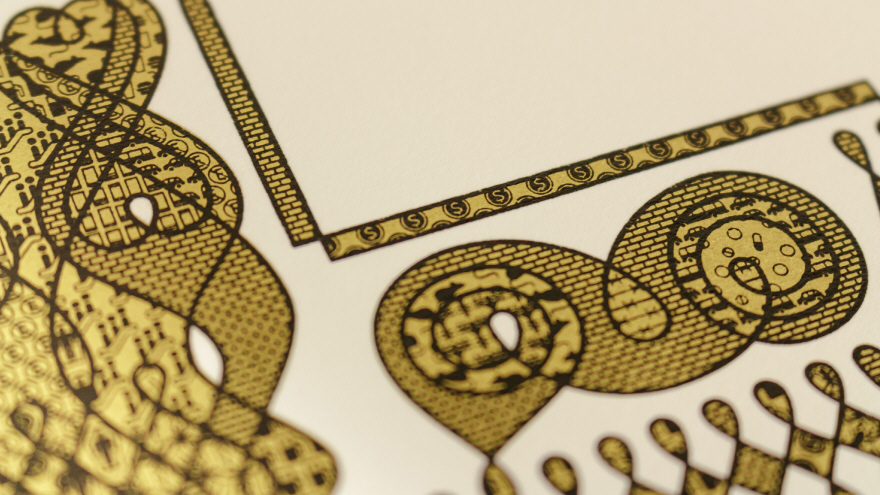 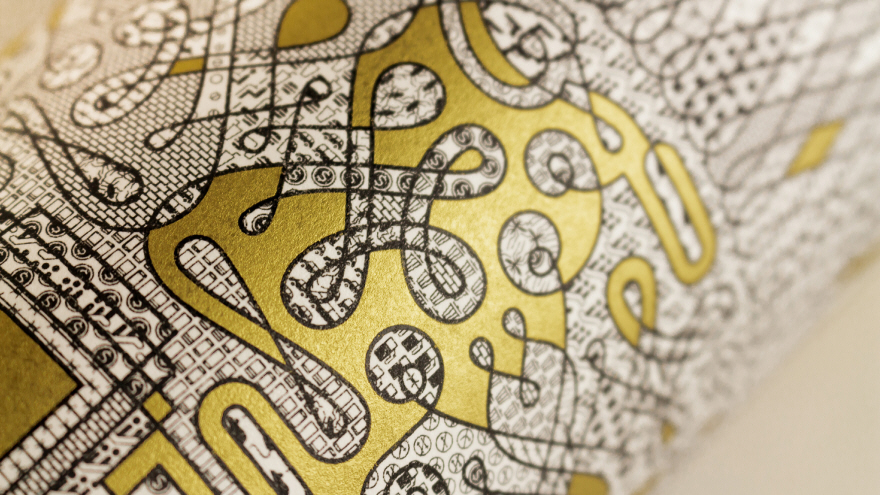 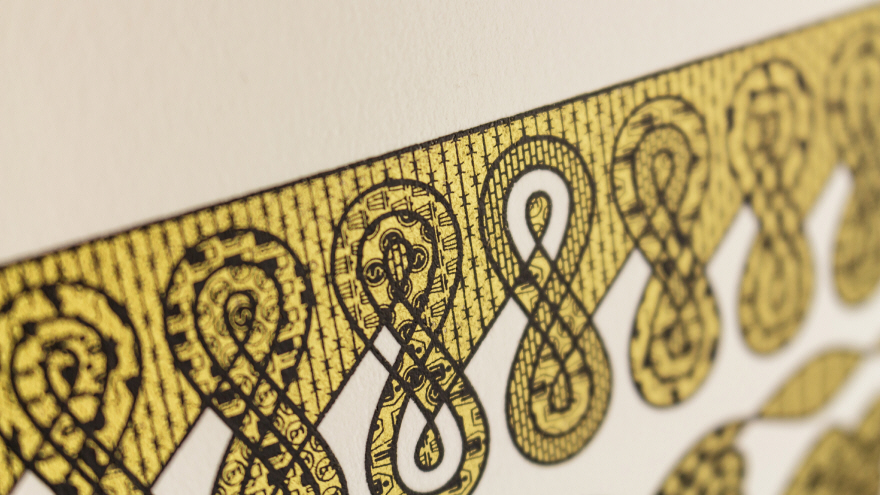 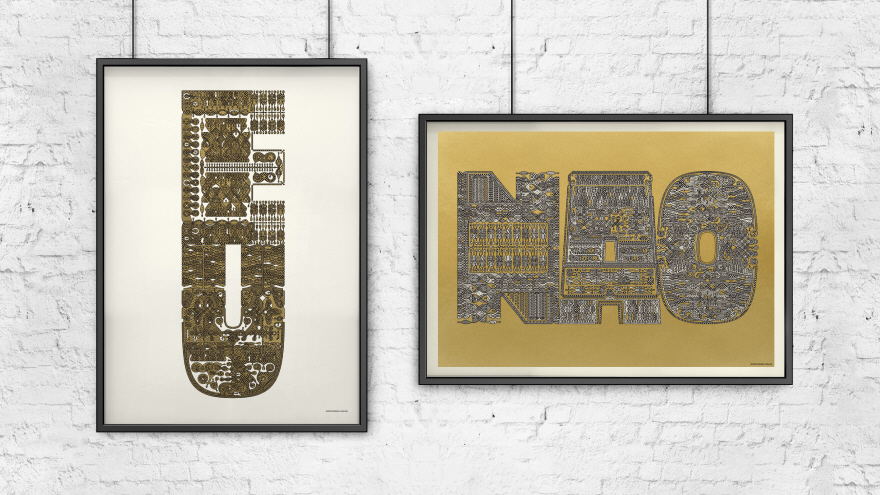 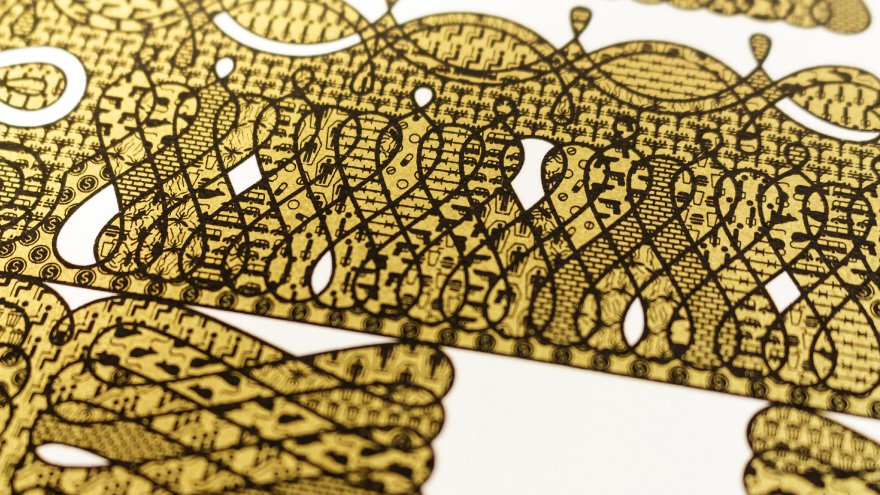 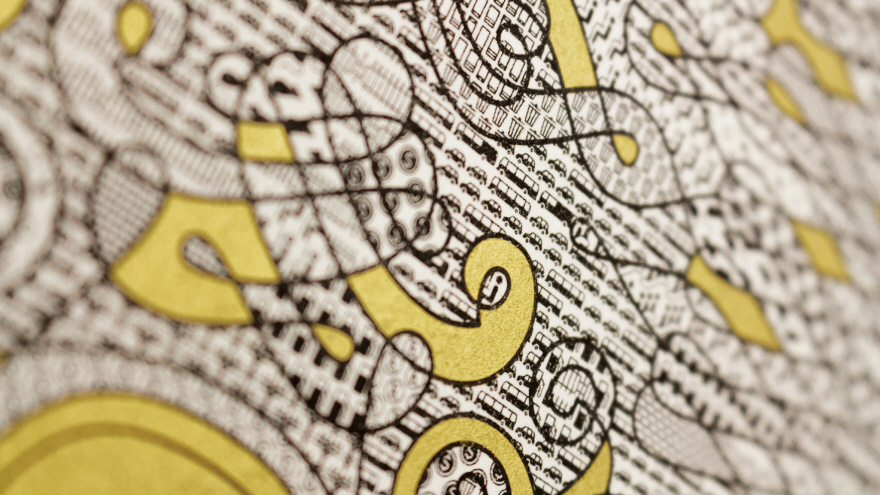 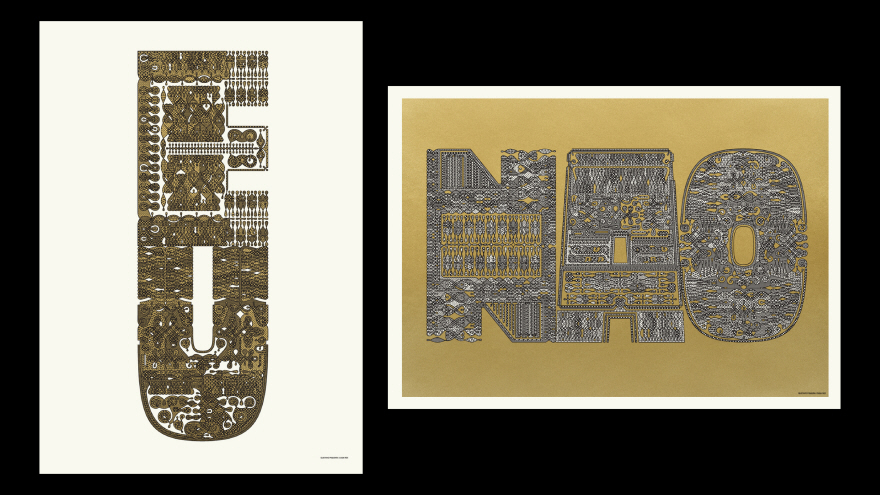 Two posters, 50 x 70 cm, two-colour UV serigraphy, 300 g/m² Conqueror Connoisseur Soft White paper; produced in a limited print run for the launch of the book 'Mateus, Marcos, Lucas and João'.
The book, which was named after the Gospels, is a Bible, but, a contemporary one — its saviour is not Jesus, but an anti-cellulite cream, and the four in its title, actually beauticians —, composed using contemporary versions of medieval historiated initials.
Different from their predecessors, which illustrated biblical scenes (after all, that's what the Middle Ages were all about), in these contemporary historiated initials you won't find Jesus, apostles or any miracles, instead, each letter depicts elements from daily life in our era — traffic jams, fast food, frustration — forming the words EU(I)/NÃO(NO) paired to each of the two posters, which when combined spell out the phrases EU NÃO(I DON'T) or NÃO EU(NOT ME). An ironic, but incisive, portrait of the values and aspirations of the 21st century.
The initials used in the posters and the book, were also featured in their own exhibition, together with the historical research which went into the process of its development, which featured the graphic evolution of the Bible between the IV and XV centuries.
The initials also composed 3 alphabet sets, available for free download at the website of the project.
Since its launch, four months ago, the project has been very well received, having won important awards: - Two iF Design Awards, including a Gold - Awarded by the Type Directors Club - Best in Class at Print Magazine Typography & Lettering Awards - 1 Grand Prix & 2 Golds at LUSOS Premio Lusofonos da Criatividade