The Dexcom Continuous Glucose Monitoring (CGM) System enables people with Type 1 diabetes to make better treatment and management decisions with zero finger sticks and no calibrations. Rather than the "snapshot in time" reading that a traditional glucose meter provides, CGM continuously tracks glucose levels so that users can see trends and patterns. The system is based on a tiny, flexible sensor placed just under the skin. The sensor takes a glucose reading every five minutes for up to 10 days at a time, providing dynamic glucose data that can be accessed and shared safely and conveniently through a smart device. The sensor is coupled with a small, reusable transmitter that shares the glucose readings wirelessly with an accompanying handheld reader or smartphone application.

Dexcom has been continuously improving its CGM technology since the first system was offered in 2006. Improving the user experience around applying the subcutaneous sensor has been a priority of Dexcom for several years. Previous generations of the system required using a manual sensor applicator that resembled a large, plastic syringe. The user needed to push a plunger to drive a needle into the skin to insert the sensor and then pull up on a collar to pull the needle back out. The process was painful, intimidating and error prone for many users, particularly for parents using the system with young children.

As Dexcom researched these user pain points they developed a concept for an "automatic" applicator that required only a simple press of a button. While the concept showed promise, early prototypes had high failure rates and were unreliable.

Through a series of design sprints, Delve worked with Dexcom to rethink the experience by applying our process of designing options, creating prototypes, and iterating on the applicator, seal and transmitter. This was an intensive process that went from concepting to manufacturing support. Our human factors team performed formative studies to support development throughout the process.

The G6 takes CGM to a new level:

· One-touch, one-hand applicator: A positive user experience with a blink-of-the-eye insertion to minimize any sensation or anticipation of pain.

· Rock-solid reliability: Thousands of applicators were made in a pilot production line for testing. Then we did it again, rapidly, five times until we were sure we had a reliably functioning product.

· Wearable that's wearable: The redesigned wearable is smooth and sleek and transmitter insertion is easier, with nothing that can catch on clothing.

Dexcom reported a 43 percent increase in revenue in 2018, attributing much of it to the launch of the G6. 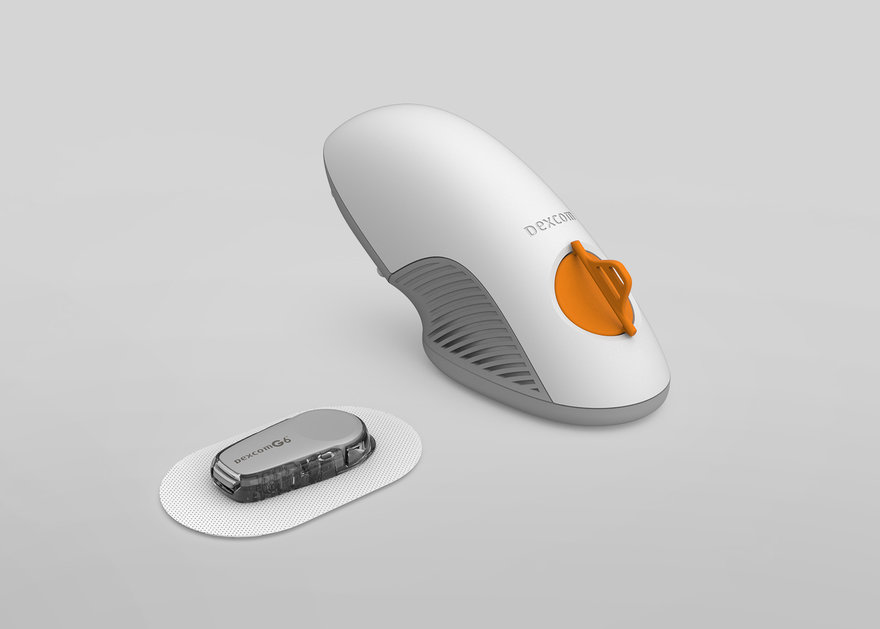 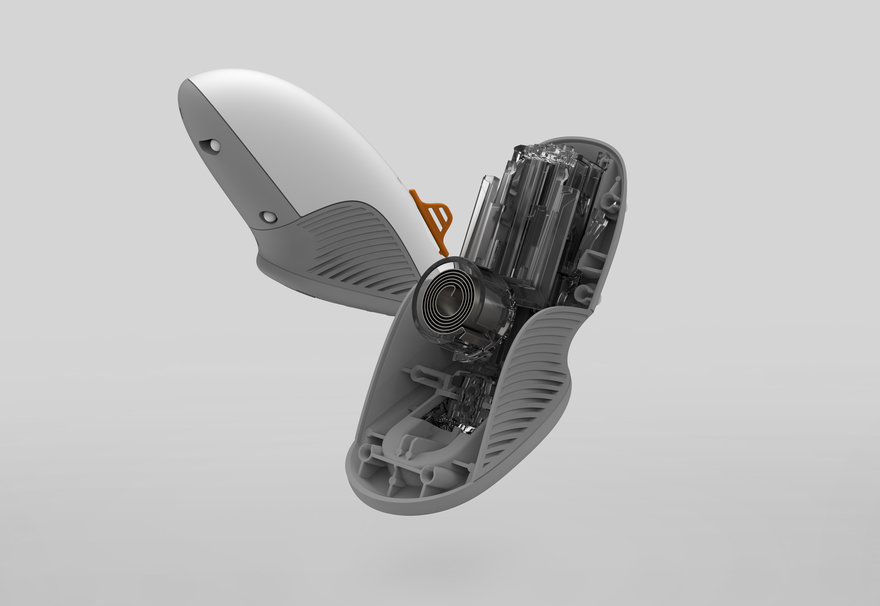 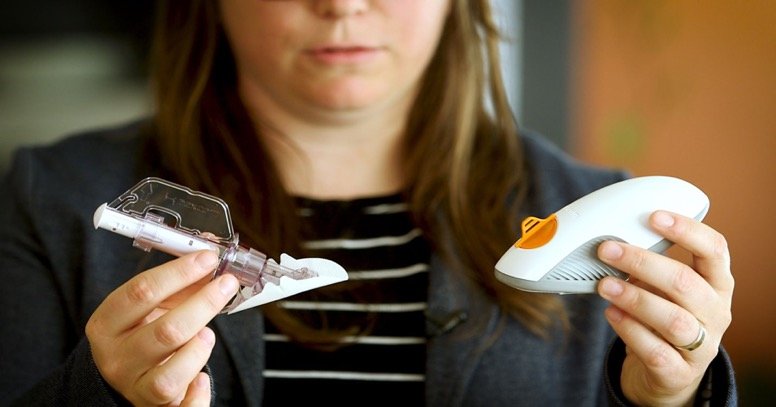 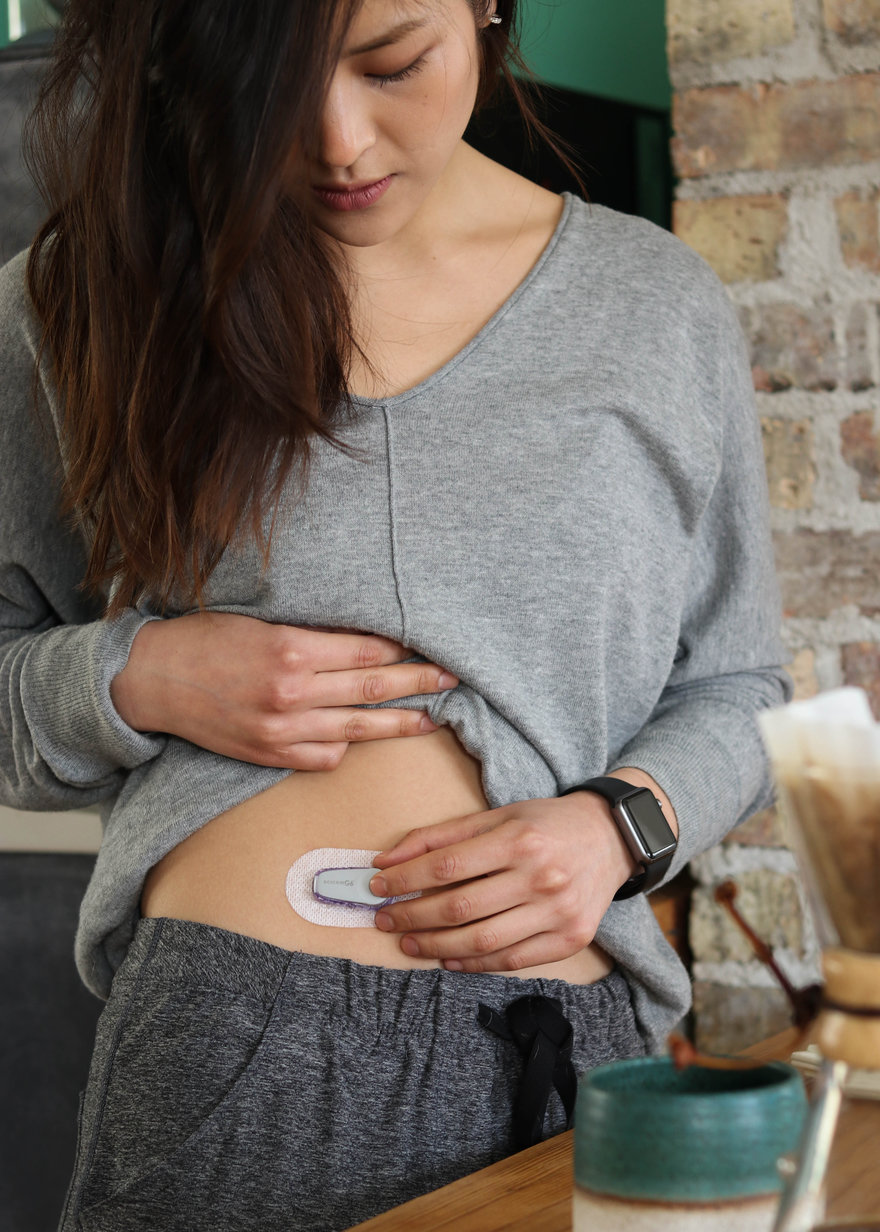 Approximately 1.25 million people in the U.S. are living with Type 1 diabetes (T1D). Most people with T1D spend the majority of their time with blood-glucose levels outside the recommended healthy range, according to the Juvenile Diabetes Research Foundation, which can lead to potentially deadly episodes of hyperglycemia (high blood sugar) and hypoglycemia (low blood sugar). Chronic high blood sugar often causes devastating health complications later in life, including blindness, kidney failure, heart disease and nerve damage that can lead to amputations.

Traditional glucose monitoring (finger sticks) are like turning on headlights for a moment at night. They offer a glimpse, but not an accurate assessment, of fluctuating glucose levels. Dexcom's CGM system communicates blood glucose values every five minutes and sends alerts to the user and/or caregiver(s) if levels get dangerously high or low. This enables more effective treatment and management, which can make the difference between a healthy life (many people with T1D are diagnosed in childhood) or disability. Multiple clinical studies have shown that CGM improves glucose control and reduces the rate of severe hypoglycemic episodes.

While Dexcom's users greatly valued the enhanced ability to monitor and control their diabetes, applying the sensor to their bodies was an obvious pain point. Previous generations of the system required using a manual sensor applicator that resembled a large, plastic syringe. The user needed to push a plunger to drive a needle into the skin to insert the sensor and then pull up on a collar to pull the needle back out. This manual, two-motion, 11-step process was painful, intimidating and error prone for many users, particularly for parents using the system with young children.

As Dexcom researched these user pain points they developed a concept for an "automatic" applicator that required only a simple press of a button. While the concept showed promise, early prototypes had high failure rates and were unreliable. Initially, Delve was brought in to help Dexcom decide if the concept was technically feasible.

Through a series of design sprints, Delve worked with Dexcom to rethink the experience. We developed several options and built prototypes that our human factors engineers used to conduct Formative Usability Studies with users, looking at different styles of actuation buttons, button guards (to prevent accidental discharge), and drafts of instructions for the Quick Start Guides. We made testing stimuli that allowed representative users to simulate the use of the applicator (including packaging and disposal) without the inclusion of an actual needle. Research on hand positioning informed where the applicator button was placed. Formative studies also revealed potential issues with the button guard that guided our engineers to a snap-off design.

We learned that a positive user experience required a blink-of-the-eye insertion of the sensor to minimize any sensation or anticipation of pain. The team had to design and engineer a fast, complicated motion in a disposable device that's manufactured in high volume. Issues with jamming, material incompatibilities and friction were among the biggest challenges to overcome. With millions of users, even .1% failure would result in thousands of complaints.

Since we were relying on a finite amount of stored energy to insert and retract the needle, friction was our biggest enemy. Our team created math models and worked hard to understand each frictional pair before any prototype was tested. We used Monte Carlo simulations to determine if we had design margin or if there would be cases when the mechanism would stall and the needle would stay in the skin.

Taking what was a manual process and making it into a simple, automatic process required a great deal of sophisticated engineering work that's invisible to the user. The sensor applicator mechanism has multiple carriages that have snaps to stage their motion during needle insertion and retraction. By transferring tasks from the user (where there is variability) to a mechanism made in a controlled manufacturing environment (where variability can be predicted and measured), we were able to simplify the application process from 11 steps to four.

To avoid pain, we created a fast needle insertion and retraction mechanism. The needle moves in and out of skin as fast as a hummingbird beats its wings. The needle-delivered sensor is about as thick as a human hair. As it's placed under the skin, it slides into a pair of conductive elastomeric pads that connect to the transmitter. The sensor monitors changes in subcutaneous fluid down to the picoamp. We brainstormed and engineered 11 different concepts and evaluated all on a design, math and risk scale. It took many iterations to get the system to work and many more refinements to ensure it would work every time.

Our mechanical engineers and industrial designers collaborated to combine mechanism and form. Our designers worked around the constraints of assembly and inspection so they could create a very usable form that wouldn't have to morph once it was commercialized in high volume.

The applicator is designed to be functional and friendly with a simple, clean form that's easy to hold and intuitive to use. Our human factors engineers conducted multiple formative usability studies to ensure users can easily place the sensor with one hand and in multiple areas (abdomen, back of arm, lower back), which helps prevent scar tissue buildup. We observed that self-administration and caregiver administration to different wear locations and with different sized hands resulted in a few grip architectures. The team collaborated to create a bunch of forms and actuation methods that worked with all of them.

We also designed for audible cues. Because the sensor is injected so rapidly, it was important to provide a definitive "click" once the button is pushed, so users are confident that the applicator works.

As we progressed on the applicator, we found room for improvement with the wearable transmitter, which was a bit thick and clumsy to insert. We redesigned it, making it smaller, stronger, more attractive, and easier to insert. The wearable's design is asymmetric to help guide the user on how to place the transmitter, eliminating fumbling and frustration. It's also smooth and sleek, less visible, and free of anything that can catch on clothing.

The wide footprint of the applicator assists in the placement of the wearable adhesive pad, keeping it in contact with the skin over the course of 10 days (not peeling away).

It took many rounds of iteration to develop and refine the transmitter's silicone seal. Delve did the research and development on the seals and Dexcom tested the many variants until we found a solution that was reliable and easy to apply.

Out of several applicator concepts designed in CAD, the team down-selected to one design that was tooled. Thousands of applicators were made in a pilot production line for testing. Then we tested again, rapidly, five times until we were sure we had a reliably functioning product. Our team built test fixtures and a pilot assembly line that informed the manufacturer of a simple automation pathway. A lot of the work for the pilot line made it into the final manufacturing process.

The entire experience of the G6 is designed to delight. There are no confirmatory finger sticks or calibration required. Users receive real-time glucose level data on their smart devices and can customize their optimal range, setting up notifications when their levels are too high or low. Users can also share their data with up to five followers, including their physician. The wearable sensor lasts for 10 days. The application process has been transformed into a quick four-step process that inserts the sensor with the push of a large orange button, replacing the feeling of "injection" with "application."

The G6 was greeted with high praise by users, professionals, and the stock market. In 2018, Dexcom reported a 43 percent growth in earnings over the previous year, attributing much of it to the early FDA approval of the G6. In Q1 of 2019, Dexcom shared that it is doubling its production of the G6 by the end of the year to keep up with demand.