Xenophone is a speaker that is shaped like a mask. Using bone conduction technology, it creates a visceral experience that connects users with their ancestral stories in a tactile way. Upon recording a story with, for instance, their grandmother, the audio file lives within the mask and can be heard only when the user inhabits it.

Through this speculative project, Manako sought to challenge the status quo whereby immigrants give up their heritage in order to win acceptance. The product elevates immigrants' unique family history to something that is protected and preserved. Especially for 2nd to 3rd generation immigrants who do not have direct experiences of their family's cultural heritage, inhabiting the mask becomes an empowering ritual that encourages users to cherish their family stories that otherwise could get lost. 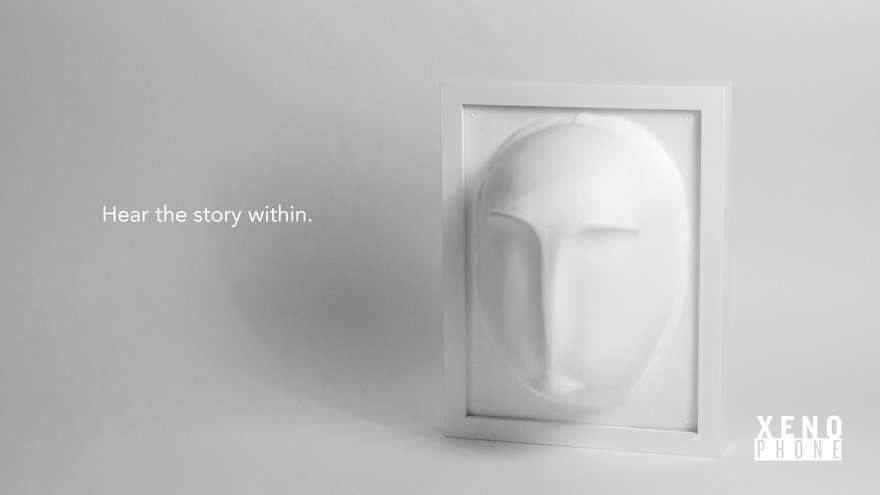 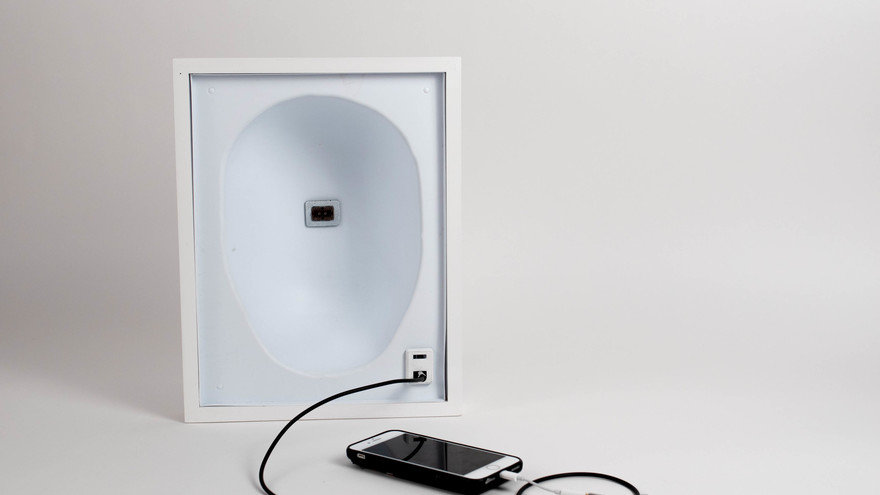 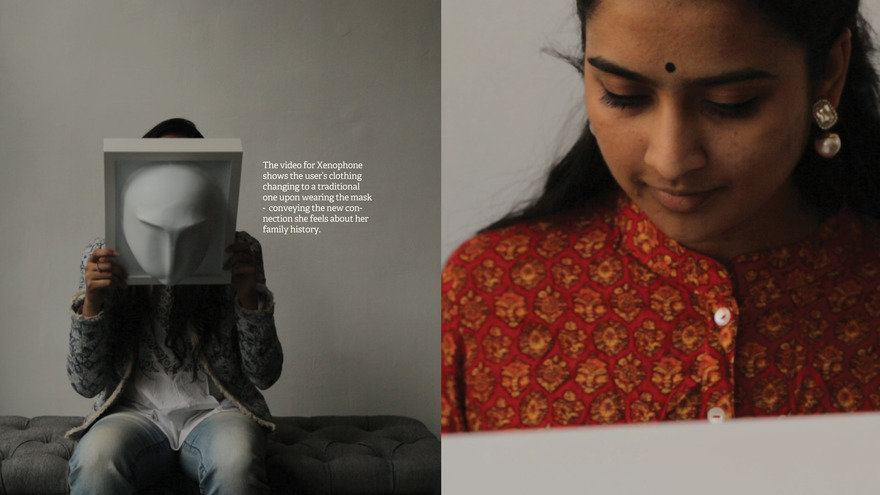 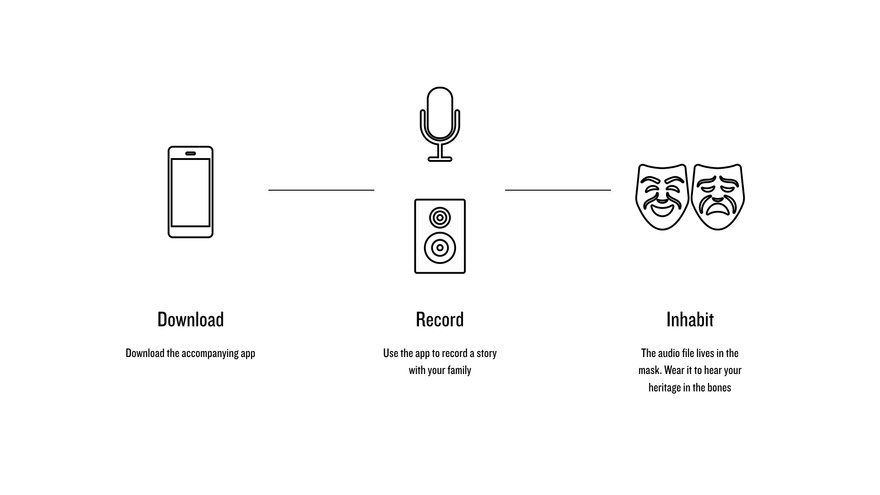 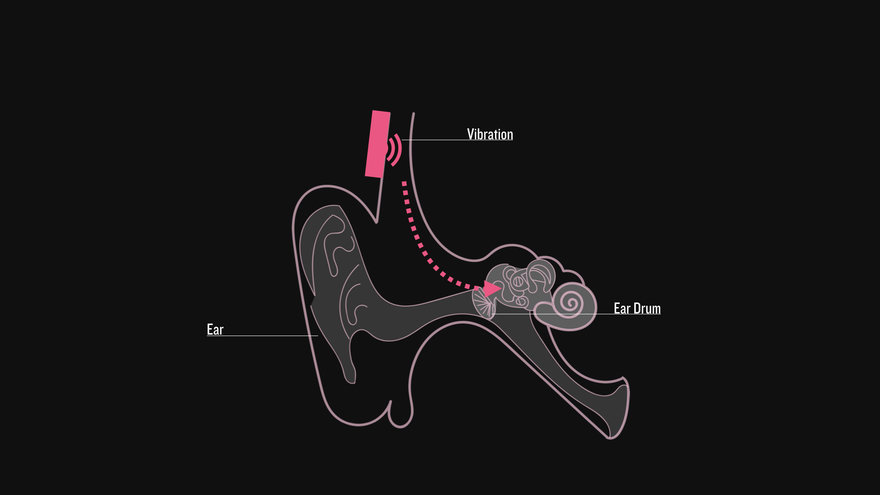 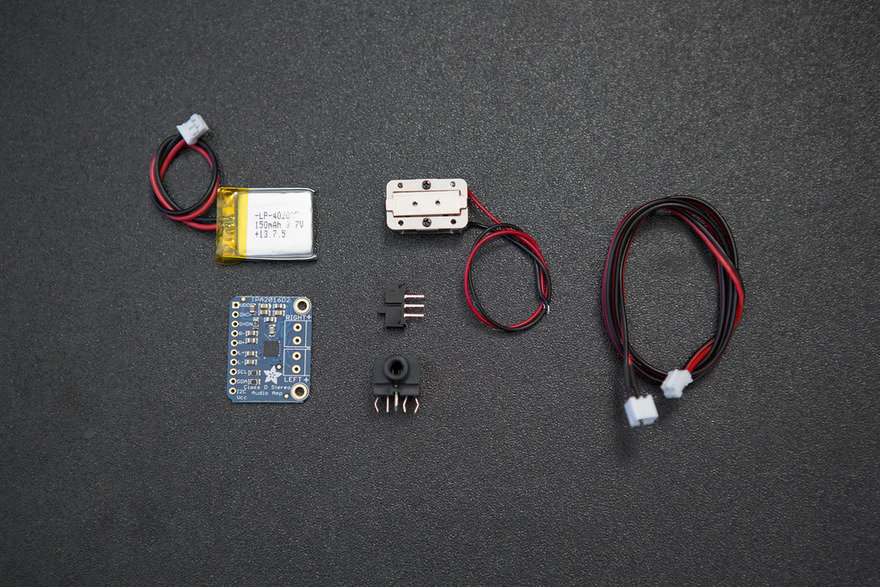 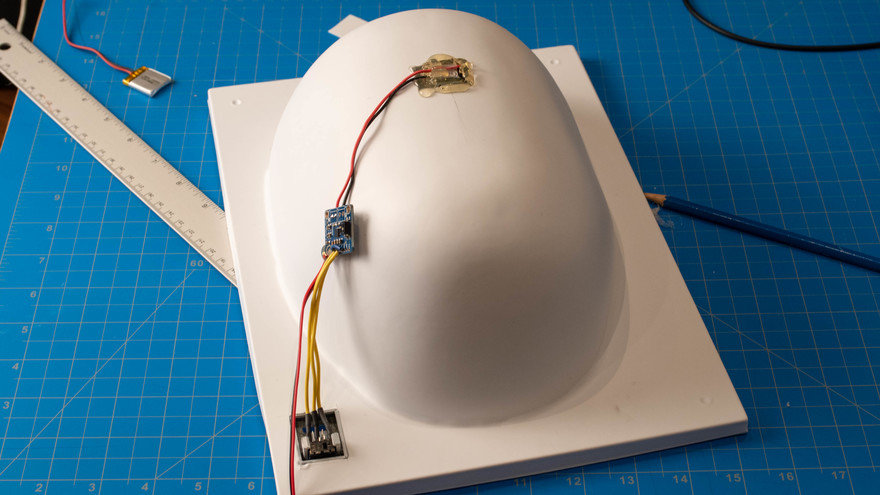 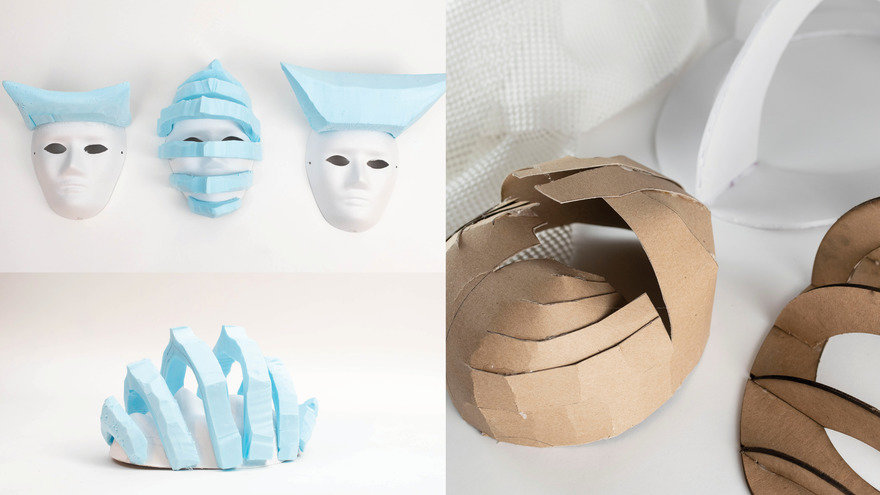 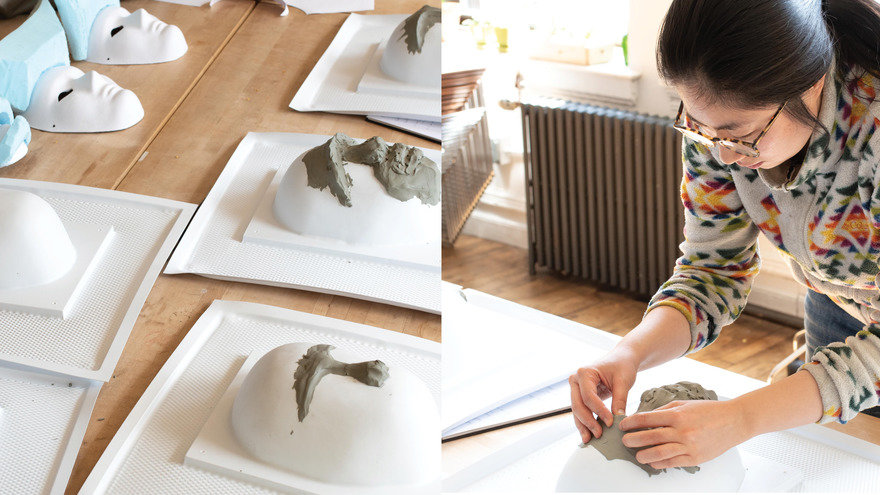 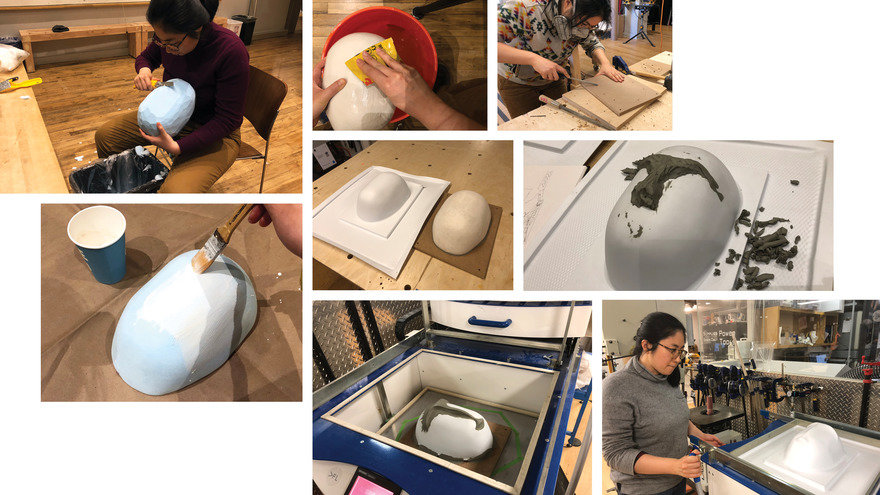 With Xenophone, Manako explored the role that family history plays in forming one's cultural identity. Many cultures use masks as oratory devices, a history she wanted to reference through her design of Xenophone, a mask-shaped speaker that recounts the story of the user's family history. Accompanied by a smart-phone app used to record one's family story, Xenophone creates a new ritual around the oral recounting and sharing of one's cultural past.

The first step in using the product requires the user to download Xenophone's accompanying app on her smartphone. The user would then open this app with, say, her grandmother, and record her grandmother's story of how she migrated to the US, a story that might otherwise go untold. She then syncs the app with the actual Xenophone mask-speaker, so that the audio file is stored within it. Now, whenever the user wants to connect with her family story, she can turn on the mask, wear it, and hear the story she recorded with her grandmother.

The mask employs a cutting-edge technology called bone conduction. Unlike regular speakers, it conducts sound through a magnetic field, rather than through sound waves, and when pressed against any surface, including one's body, it can turn anything into a speaker. There are speakers and headphones on the market that already employ this technology, where users press devices against their skin to hear music, rather than inserting earbuds in their years. Employing this technology, Xenophone transforms the experience of hearing one's family history into an intimate and tactile one. The user has to wear the mask and inhabit it, in order to hear the story in her bones.

The biggest struggle in designing Xenophone came in deciding how the mask should look; and how it might visually convey one's heritage formally. Manako experimented with two methods: she tried to make the mask either customizable, or to create several different masks representing a variety of different cultures. In the customizable version, she envisioned that a customer would choose different facial features (the shape of the head, eyes, and nose) through a website catalogue in order to create a unique face they might identify with. Each feature would reflect an analogous aspect of their heritage, such as a headpiece shaped like a pagoda, or the needle-thin eyes of Japanese Ukiyoe prints. There were some problems with this approach. It was easy to make the features customizable on paper, but in three-dimensional form, it was difficult to make parts that would fit together interchangeably. Also, the exaggeration of certain facial features resulted in sometimes-comical forms, and the masks erred toward caricature. On the other hand, her idea to offer users a variety of representational masks further reinforced reductionist stereotypes. By asking users to match their multi-dimensional identities with one fixed and predetermined visual representation, Manako feared she was participating in one of the very assumptions her thesis sets out to challenge.

Finally, Manako chose to offer one abstract mask, alluding to a representation of a face mounted in a wooden frame. She created the mold for the mask by carving foam and creating an aqua-resin coating, and vacuum formed it using polystyrene. She created exterior and interior layers for the mask, hid the electronics between them, and sealed the sides by enclosing the two layers within a wooden frame. When not in use, the mask would hang on the as a visual reference to one's heritage. The user would take it off the wall and place it on their face to activate the bone conduction speaker and hear the recorded story.

Note: Xenophone is one of six projects that comprise Manako's masters design thesis, 'Hacking the Racial Binary: Design Provocations for Identity and Shame.' It focuses on identity crisis as a key form of oppression that Asian communities experience in America. Since 1960s, Asian Americans have been labeled the 'model minority.' While they have benefitted from this almost-white status, they have also suffered: Asian Americans effaced the markers of their cultural heritage in order to be accepted in mainstream American culture. For an overview of the entire thesis, visit: http://www.manakotamura.com/mfa-thesis