When you have a household of gamers and more devices than you can count, you need more than the average home network. Netgear Nighthawk is a full line of routers, DSL gateways, and WiFi Range Extenders made specifically for high performance and speed. Netgear challenged Enlisted to reinterpret and evolve Nighthawk’s existing industrial design language with the creation of a new router – the Nighthawk AX12 – intended to further push the boundaries of what’s possible. 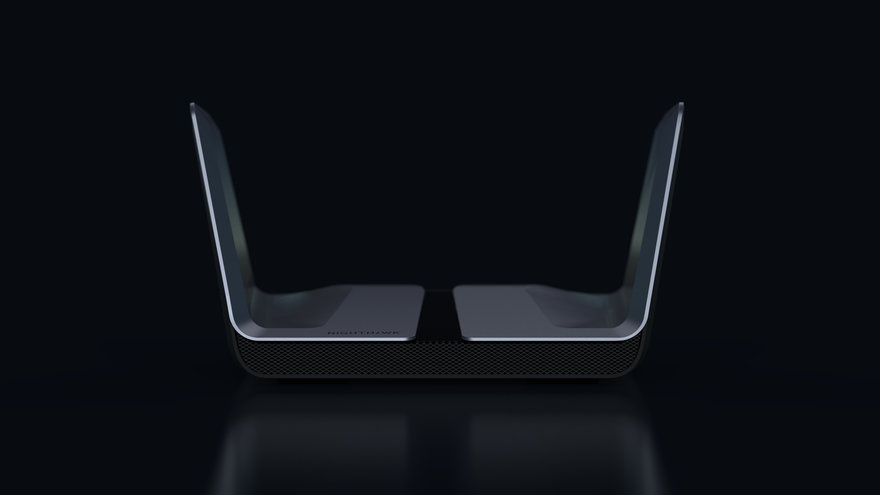 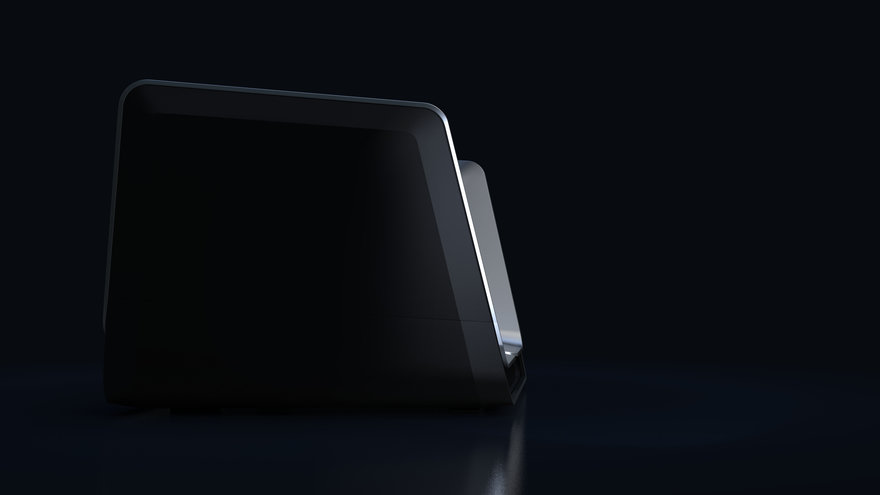 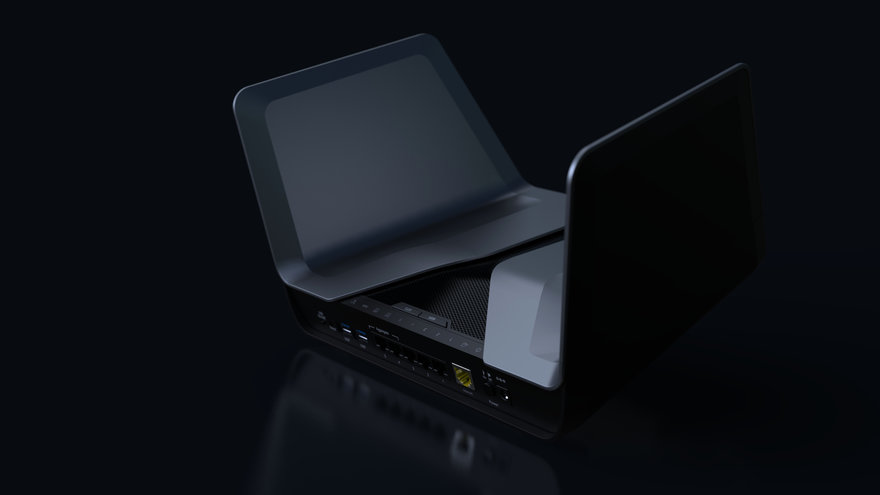 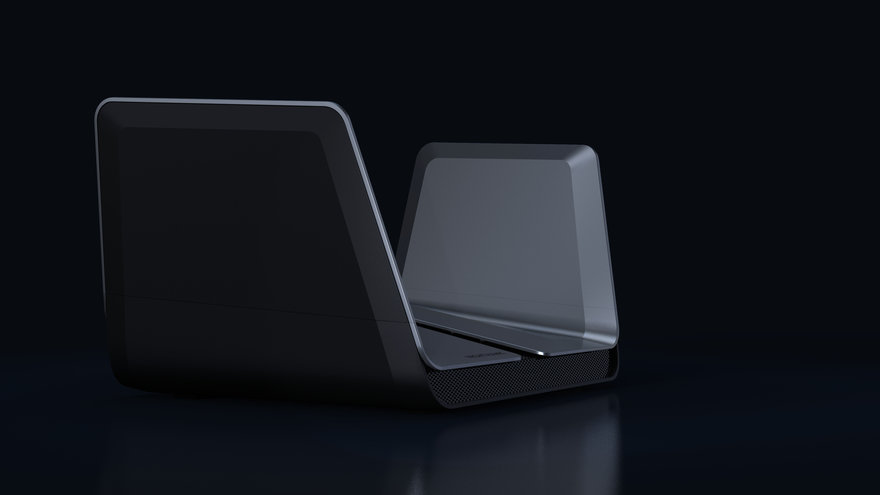 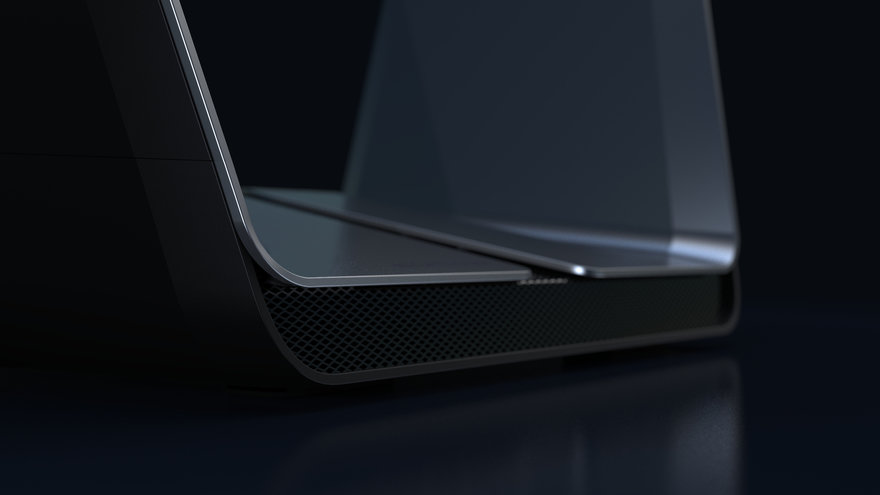 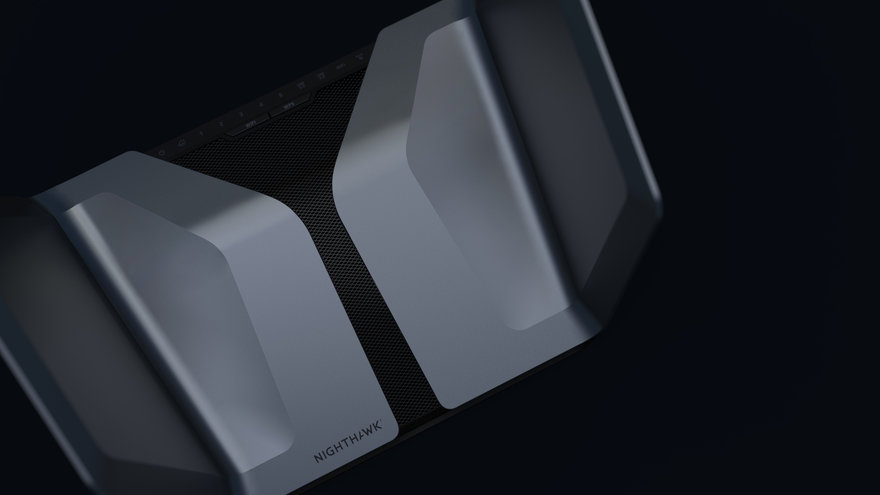 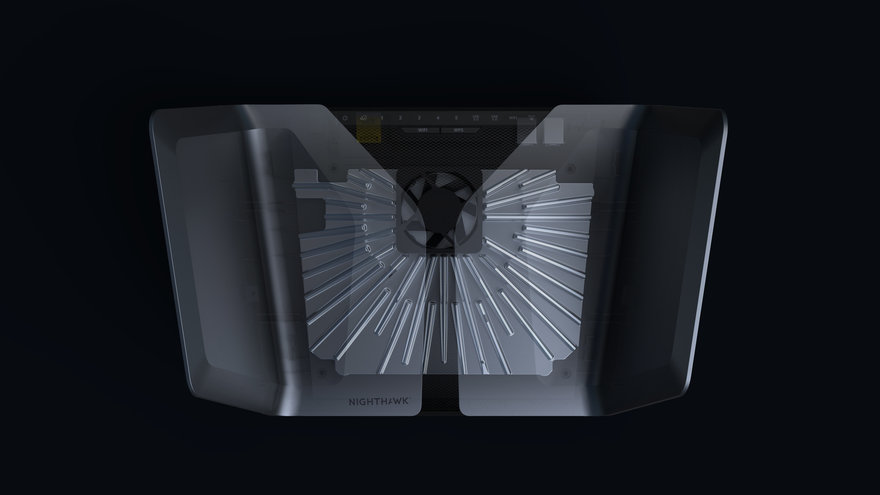 Nighthawk is Netgear’s premier brand in networking and WiFi products, engineered with only the best technologies, speeds and capabilities. Continuing a longtime partnership with Enlisted, together we collaborated on their new, preeminent router, the Nighthawk AX12.

Working closely with the Netgear team, we honed in on our primary inspirations, including a hawk, F-117 stealth fighter jet, and Sci-Fi aircrafts. Each evoked a feeling of high-performance optimization blended with style, guiding us to explore dynamic design concepts for a product that looks as if it might fly off the shelf.

The antennas remain upright in their optimal position, hidden inside the device’s innovative wings, which are traced by sharp, flowing edge lines. A front grill and sub-skin of perforated mesh allow for proper ventilation, while armor-like plates protect the body. Converging and diverging lines create a unique ‘Y’ silhouette, a further echo of the sleek, dynamic forms that first inspired the design language evolution.

Beyond wildly improving data capacities and connection speeds, the Nighthawk AX12 is the first home router designed to support multiple devices on one network – a crucial feature for today's increasingly connected homes. After launching in November 2018, this new Nighthawk router was named a 2019 Consumer Electronics Show Innovation Awards Honoree.