My project is a neglected issue of 'All Asians are not Chinese'. Several Asians have similar eyes, which is why they are misunderstood as Chinese. I want my audience to understand their individuality and respect that. To take on a new angle for this issue I have incorporated a funny statement which will have a strong impact on my audience. 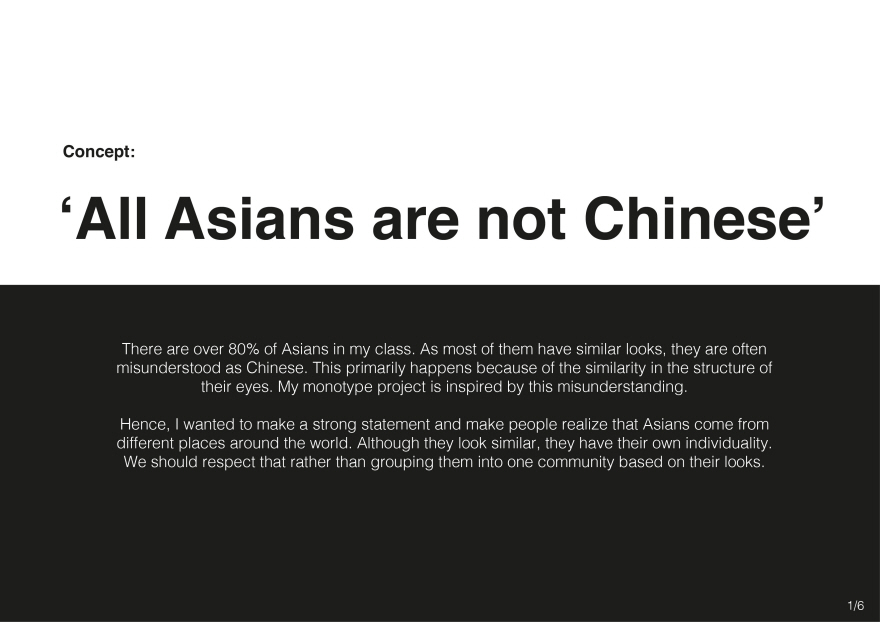 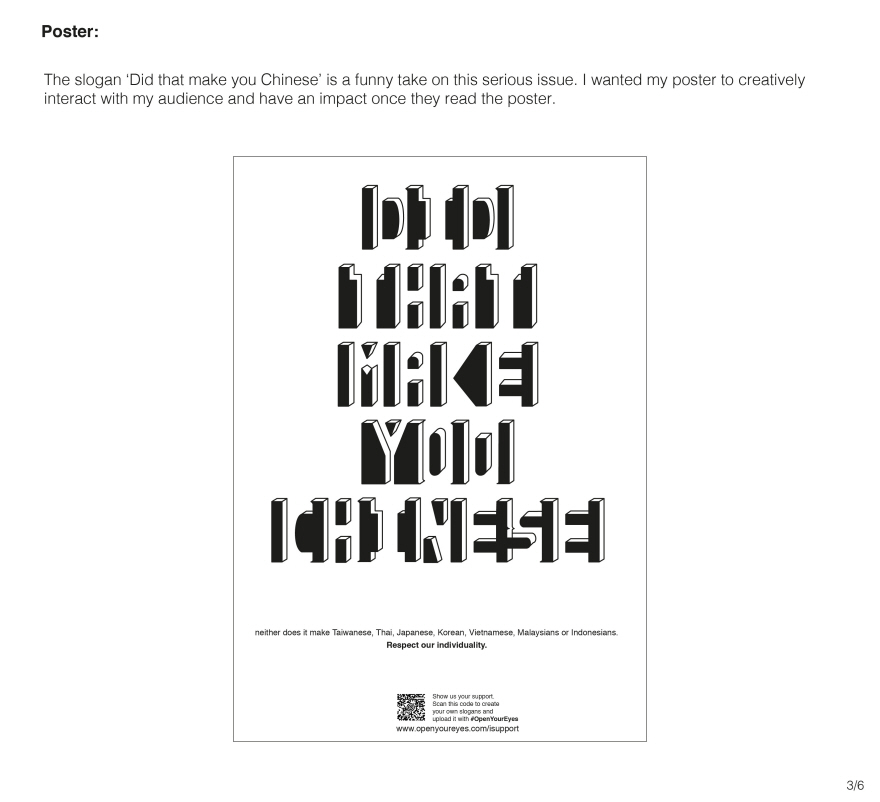 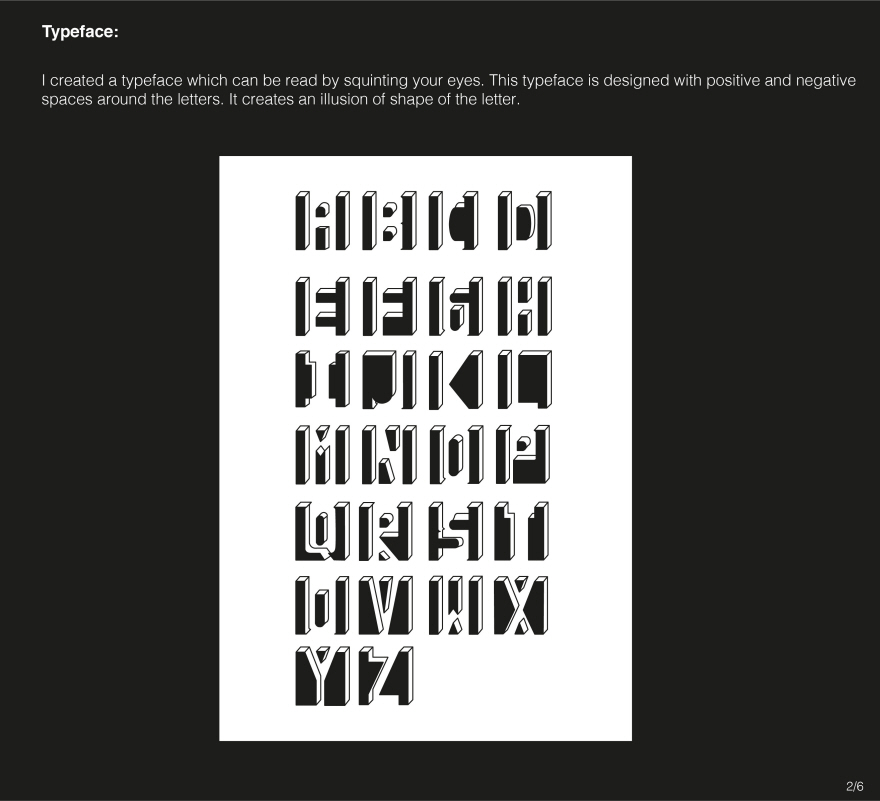 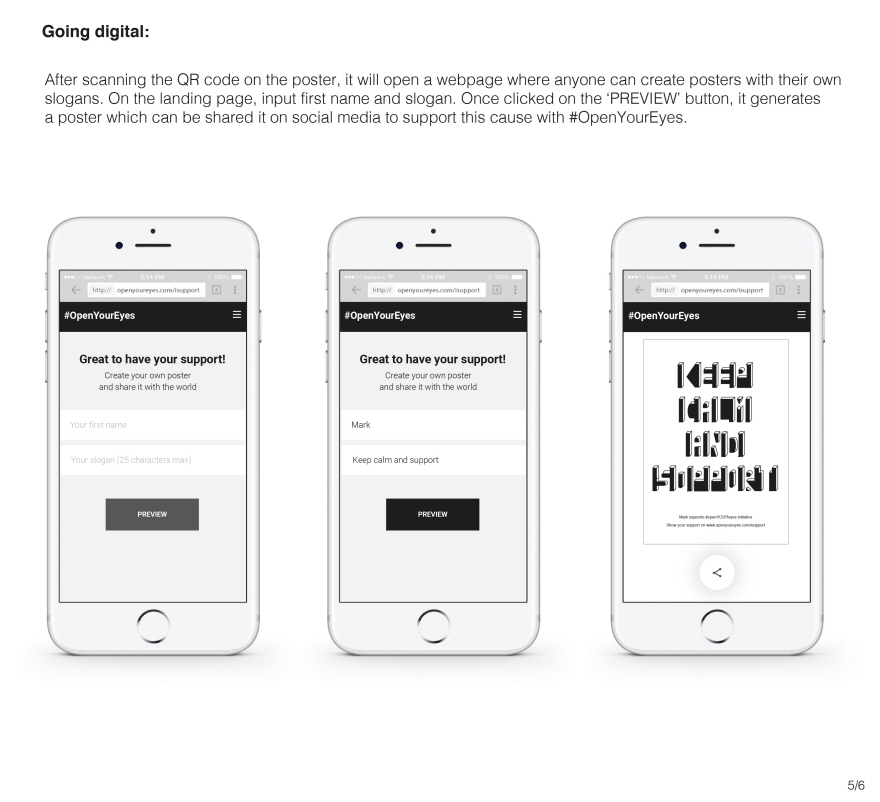 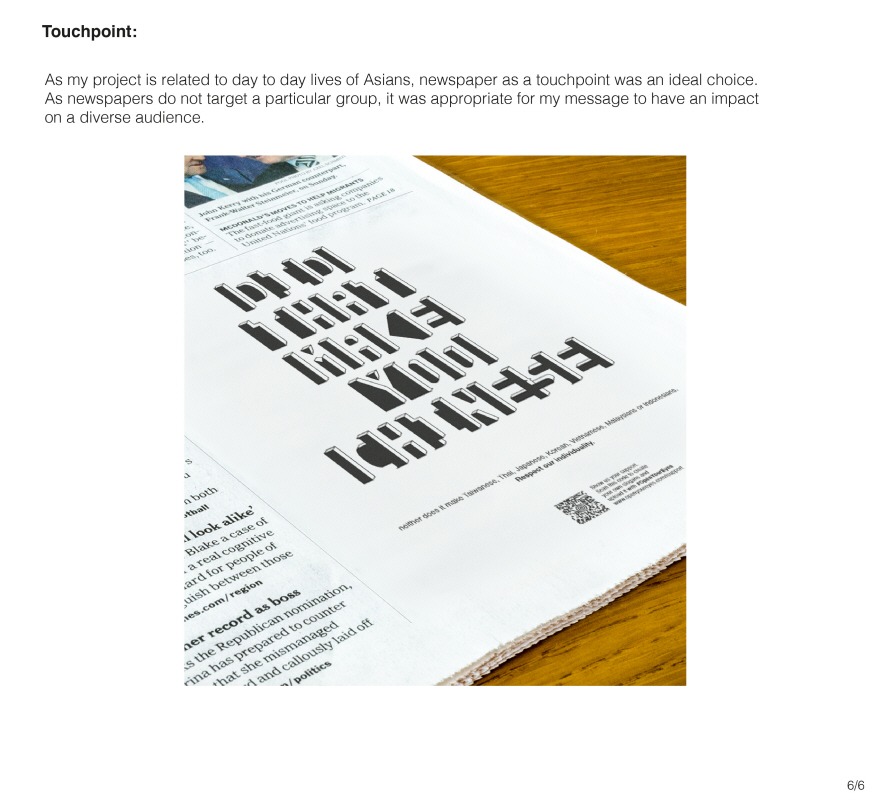 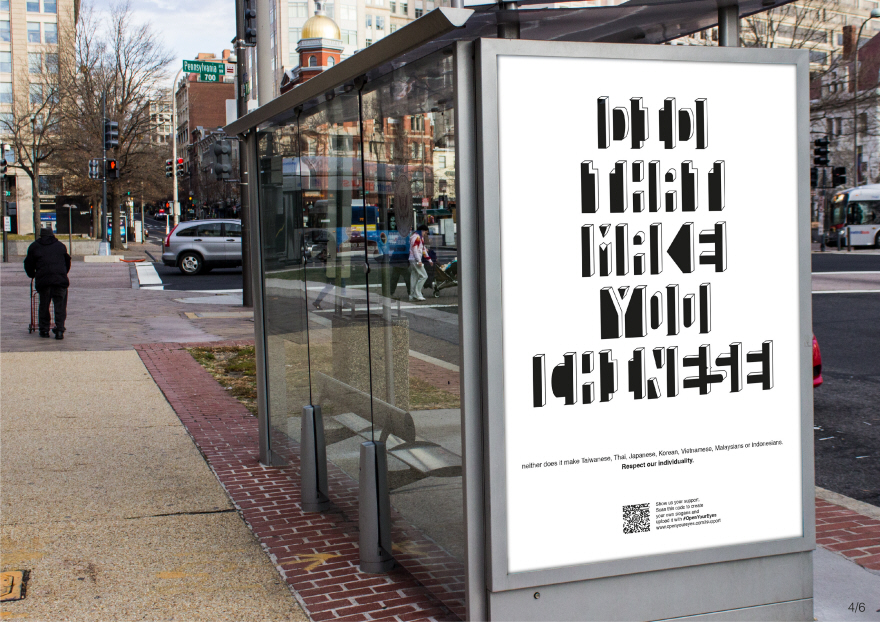 There are over 80% of Asians in my class. As most of them have similar looks, they are often misunderstood as Chinese. This primarily happens because of the similarity in the structure of their eyes. My monotype project is inspired by this misunderstanding.Hence, I wanted to make a strong statement and make people realise that Asians come from different places around the world. Although they look similar, they have their own individuality. We should respect that rather than grouping them into one community based on their looks.I created a typeface which can be read by squinting your eyes. This typeface is designed with positive and negativespaces around the letters. It creates an illusion of shape of the letter.The slogan ‘Did that make you Chinese’ is a funny take on this serious issue. I wanted my poster to creativelyinteract with my audience and have an impact once they read the poster.As my project is related to day to day lives of Asians, newspaper as a touchpoint was an ideal choice.As newspapers do not target a particular group, it was appropriate for my message to have an impacton a diverse audience.