Einstein's Dreams is a work of fiction by the author Alan Lightman, about the period of time leading up to Albert Einstein's publication of his theories of special and general relativity. These theories of relativity have incomparably influenced perceptions of space and time, more than a century beyond publication. The author Lightman structured the text into a series of brief chapters, each labeled with a progressing date and exploring a distinct perception of relativity. Initially tasked with translating several chapters' perceptions into their own three dimensional publication forms, I noticed a theme which runs concurrent through all chapters of the book: perspective. In his chapters, Lightman demonstrates how relative perspective may be applied to our perceptions of time and space in daily life. The challenge, following the realization of this overarching theme was to produce a physical work which forced the reader to both view and confront perspective while consuming the text contents; this prototype was the end product. 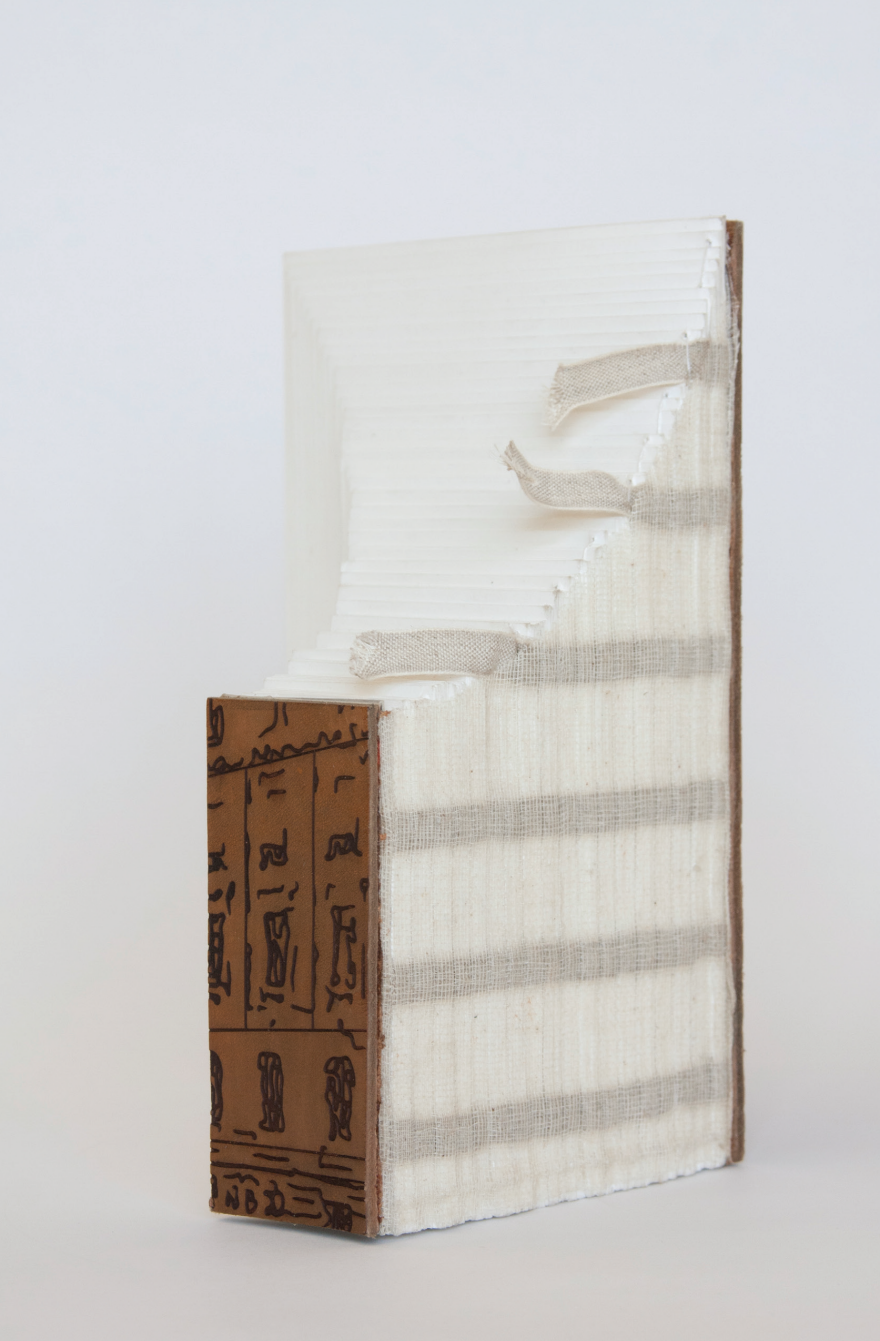 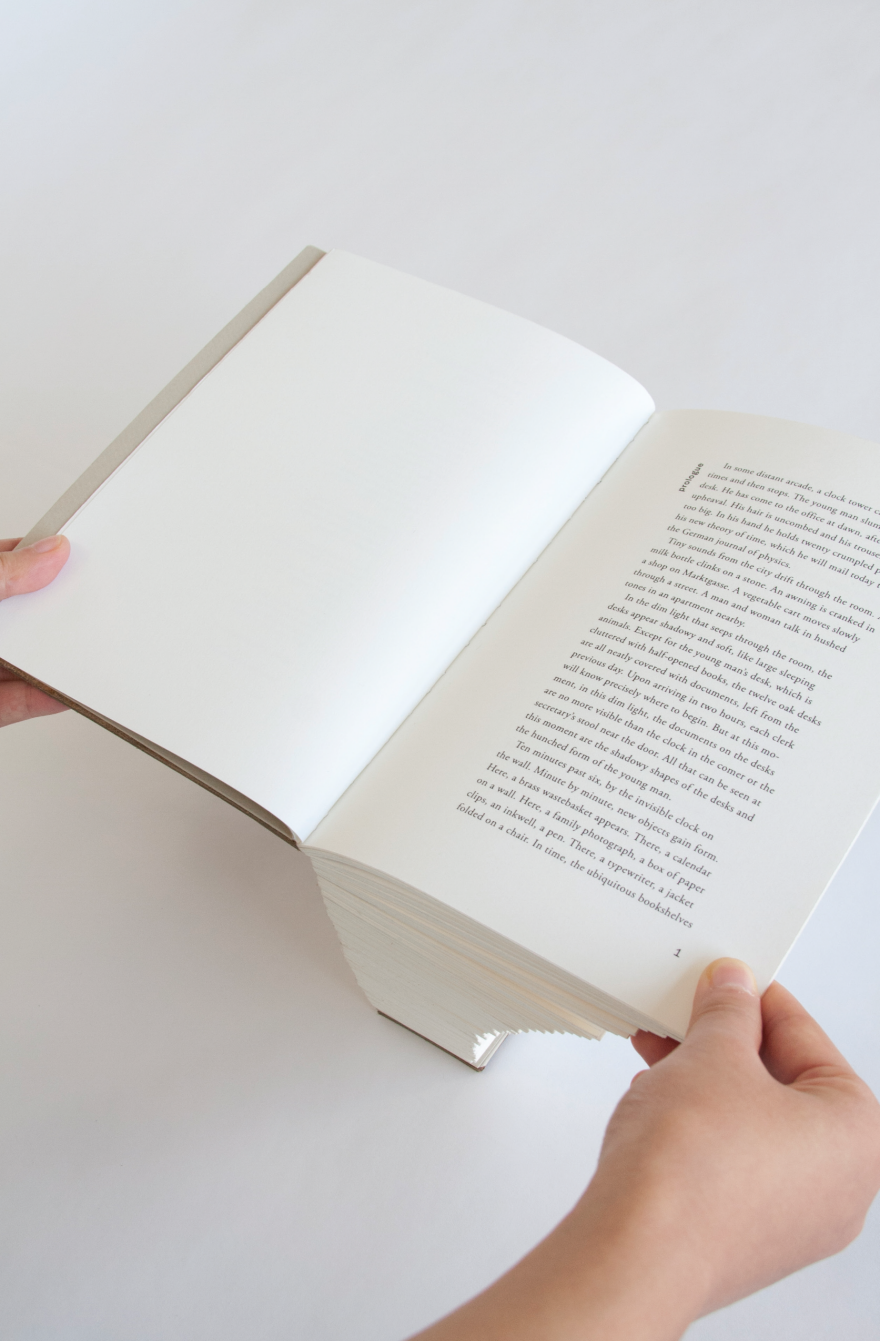 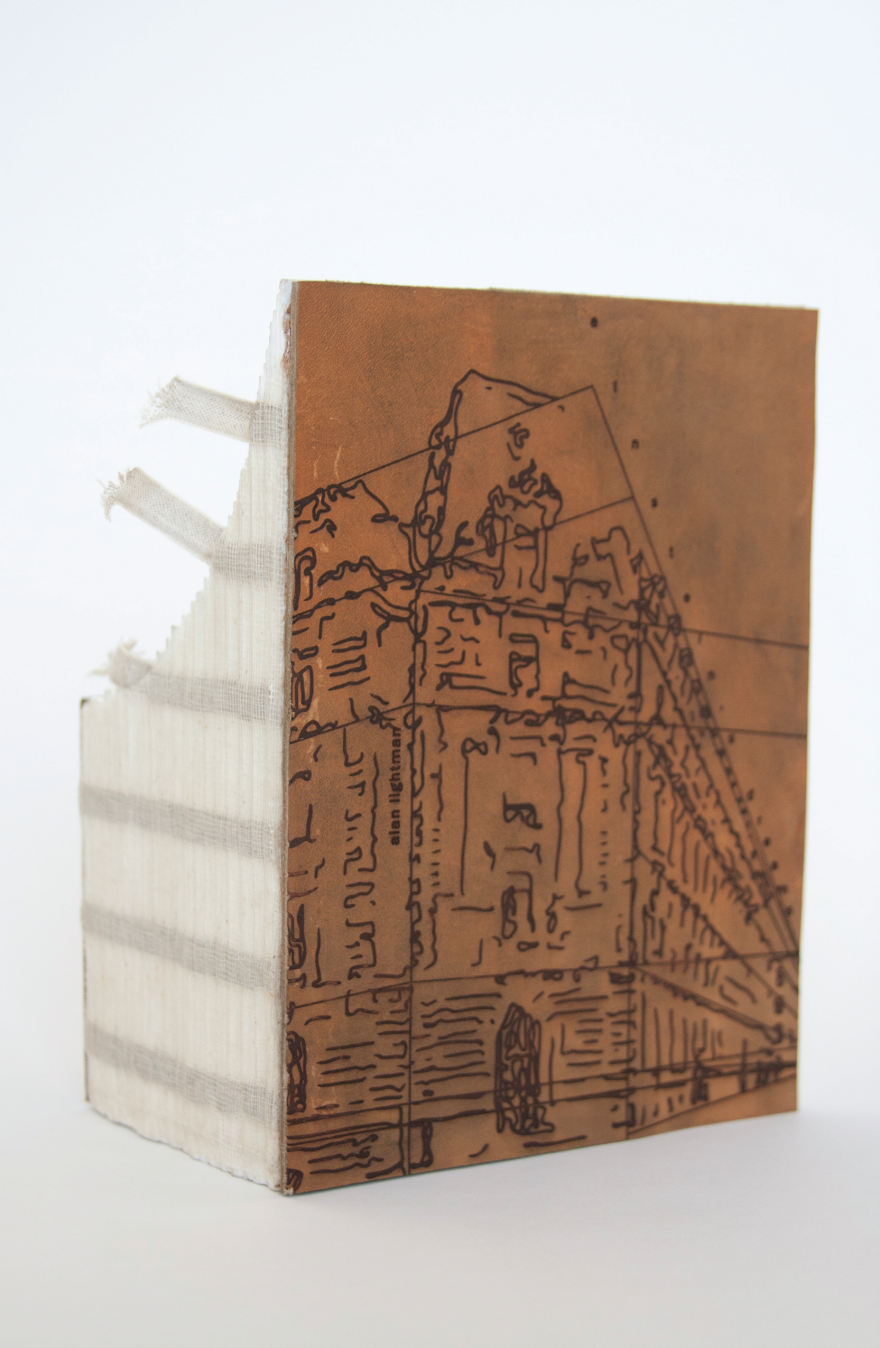 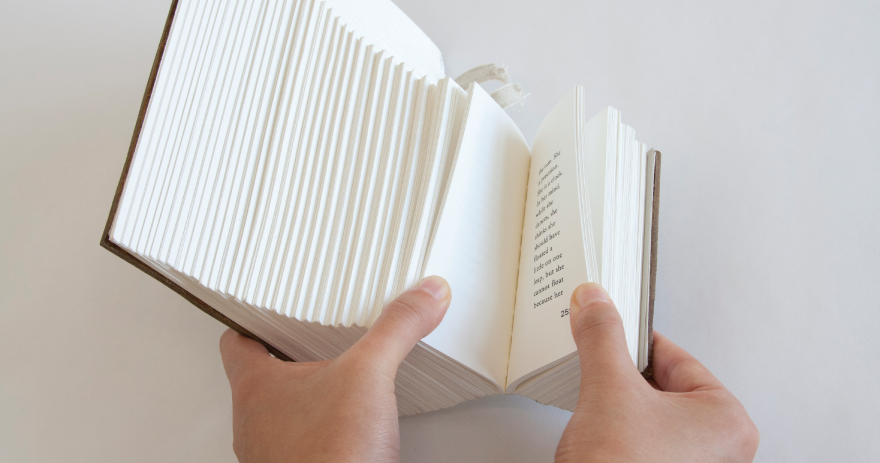 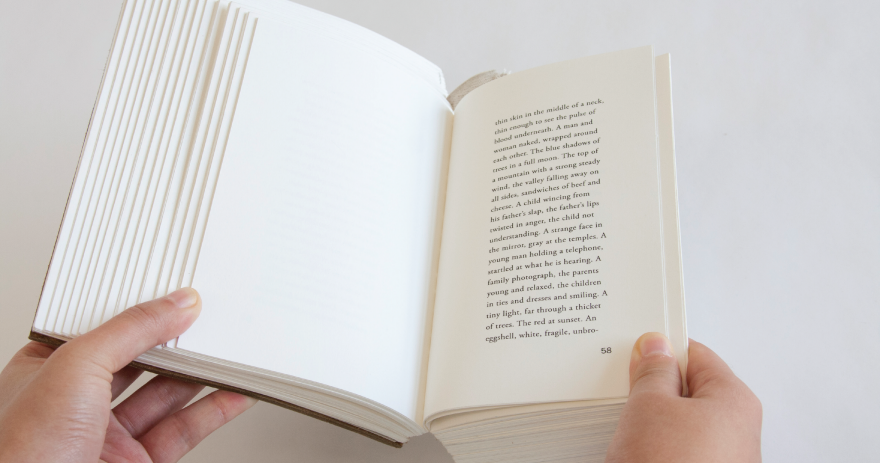 Designing this volume, I knew I wanted the form to play on the idea of one-point perspective; producing such a volume was not as tidy an endeavor. To craft the narrowing form of the book, pages could either graduate smoothly from a standard fiction-book page size down to an absurd page size, or chunk down by chapter. The former smooth graduation would have been quite beautiful architecturally, but lacked the conceptual layer that a chapter-by-chapter graduation offered. Further, as a novice bookbinder I feared I lacked the skill to execute a smooth graduation through the duration of the 360-page volume. By graduating the form of the book at the chapter level, the physical form mirrored the chaptered structure of the literature; chapters (more or less equal in word count) that once occupied a mere three pages near the beginning of the book stretched to nearly twenty five pages at its close. A narrowing page frame with consistent page margins and text size forces that chapter-lengthening. It also forces a variety typesetting sins, such as widows, orphans, hideously rough rags, hyphen after hyphen after hyphen running down the right side of the page. The ugliness of the text on the page by the end of the book was a happy conceptual accident. Reading those last chapters is almost a chore — it's taxing to morale. Beyond that, the book's form is awkward in the hands. There's definitely a juxtaposition between its tremendous presence on the shelf and the way that it feels to move through the book. All roads lead to relative perspective.

To bind, the chapters were hand-punched and stitched into eighteen signatures, roughly twenty pages per piece, then stitched into the colossal body. The spine remained bare beyond some gauze and seam tape, to expose the stair-stepping form as it as it dissipates. A few frayed ends of seam tape linger with nothing to grasp. Laser-engraved leather was chosen as the material for the front and back covers to make the volume feel storied and precious, like a rare book of wisdom passed down from generation to generation. The cover illustration is a perspective drawing of the patent office in Bern, Switzerland, where Einstein published his theories of special and general relativity. In all, the physical form of Einstein's Dreams was designed to be wrought with the same densely-packed relative perspective as the reader would discover in the text itself.