Craft beer is just what the name implies, it is crafted, it takes time, there is a process that must be followed for it to be good. Stoneware has much in common with craft beer, it also is crafted, takes time and involves a process to get it just right. This product was designed in an effort to pay homage to craft beer, a vessel that the beer itself deserves. Does it make more sense to put a work of art in a mass produced glass bottle or in something at the level of the art or in this case the beer itself? We wanted the design to be provocative, timeless, and sophisticated yet instantly recognizable as a beer growler which is done with the classic German style flip top. The design needed to be iconic, a visual game changer, something that stood out but most importantly we wanted it to become synonymous with the brand itself. This is the flagship product for the brand and the company's identity is permanently embedded in the product through its color and overall form. The distinctive handle is an overt tie to the company's graphic identity (which starts with the letter "O"). Make no mistake, this product is almost entirely about the form except for the fact that it has to perform its duty as a vessel to transport beer. That means that the stylish handle that supports the brand needed to be super comfortable and fit a variety hands. The handle has a soft and generous opening that is easy on the fingers when carrying, even when filled with beer. The overall form and its inherent simplicity makes it easy to clean. The topper can be positioned in any direction, allowing the user to open and pour in a way that suits them best. Craft beer, meet craft vessel. 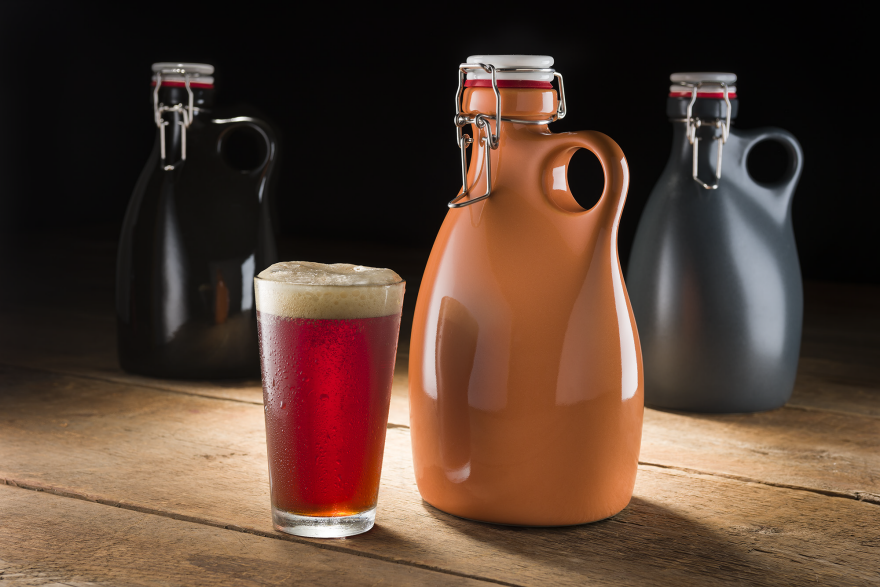 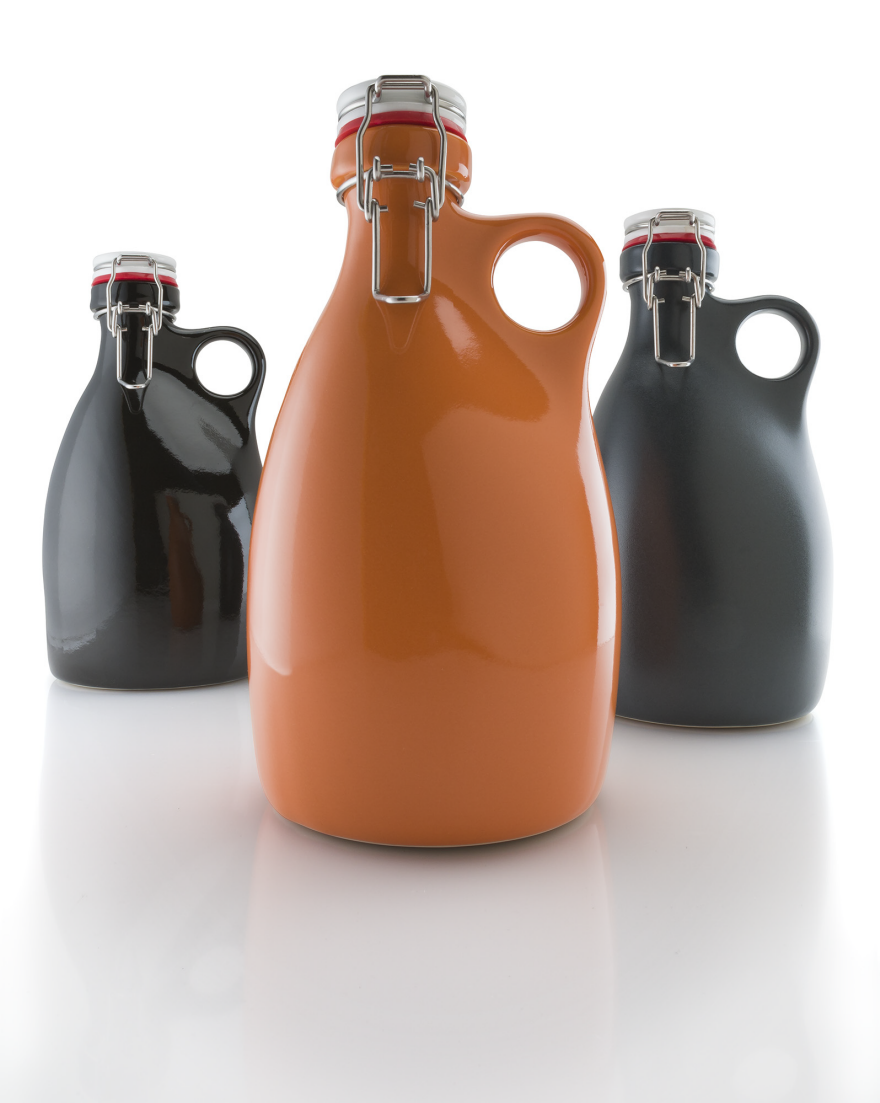 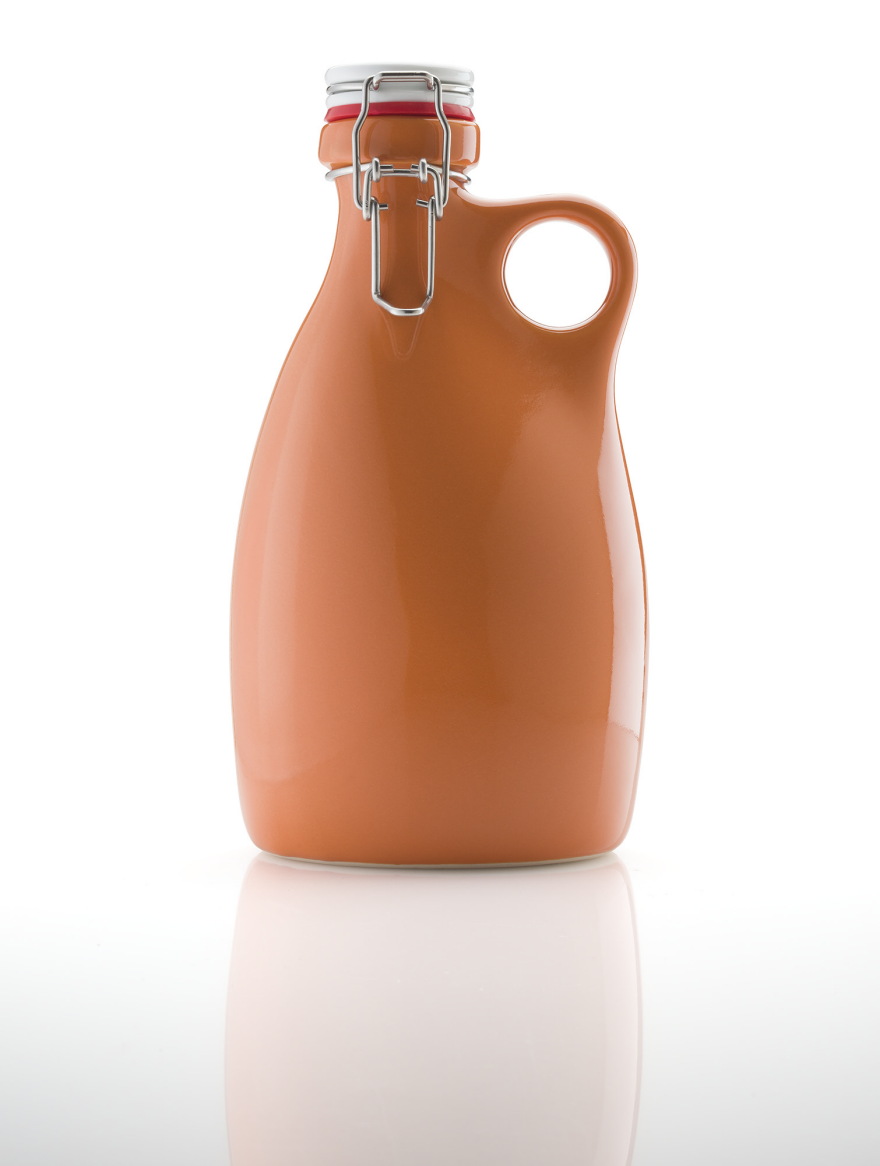 Hal Silverman Our Signature Color The color and shape help tie the product to the brand. 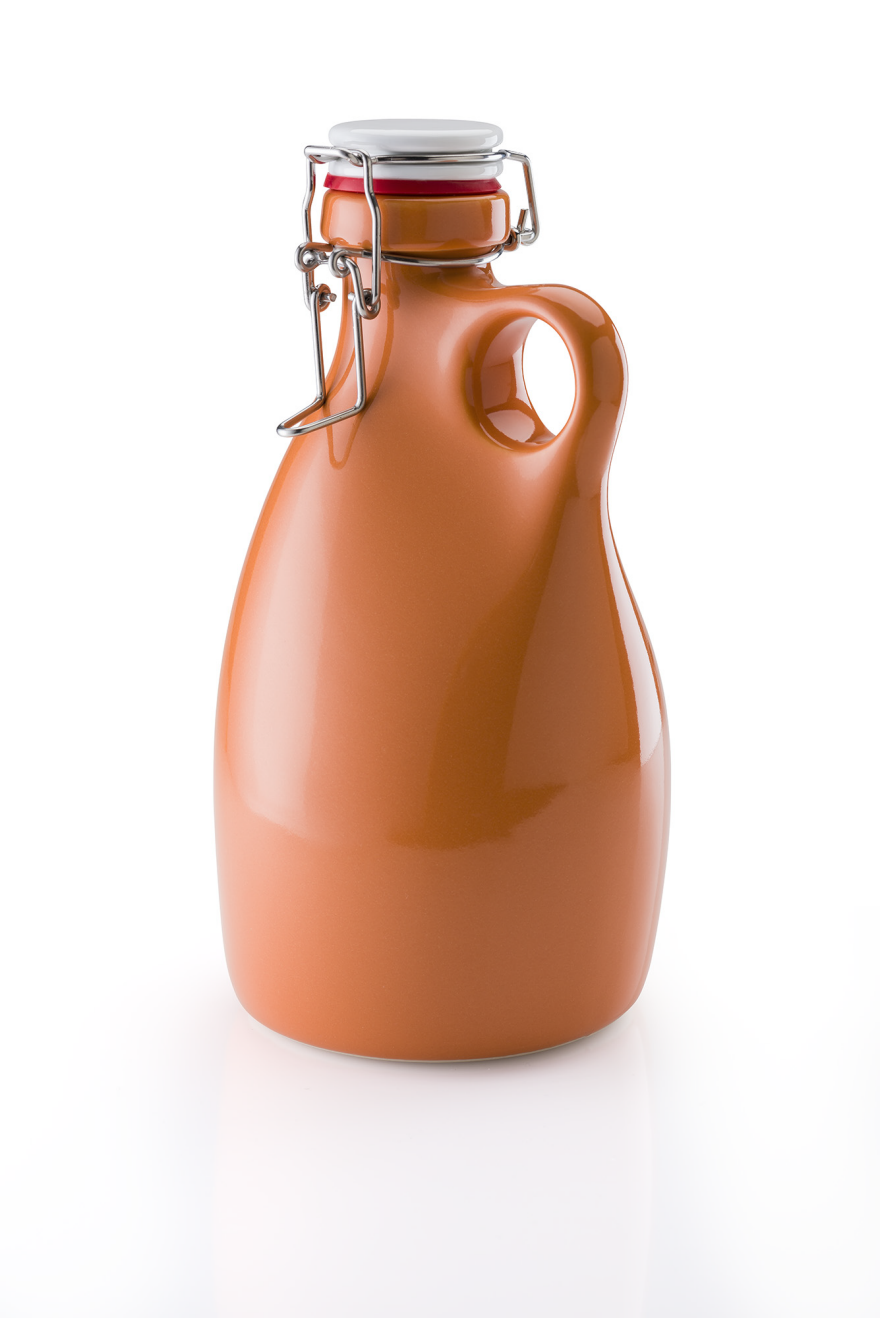 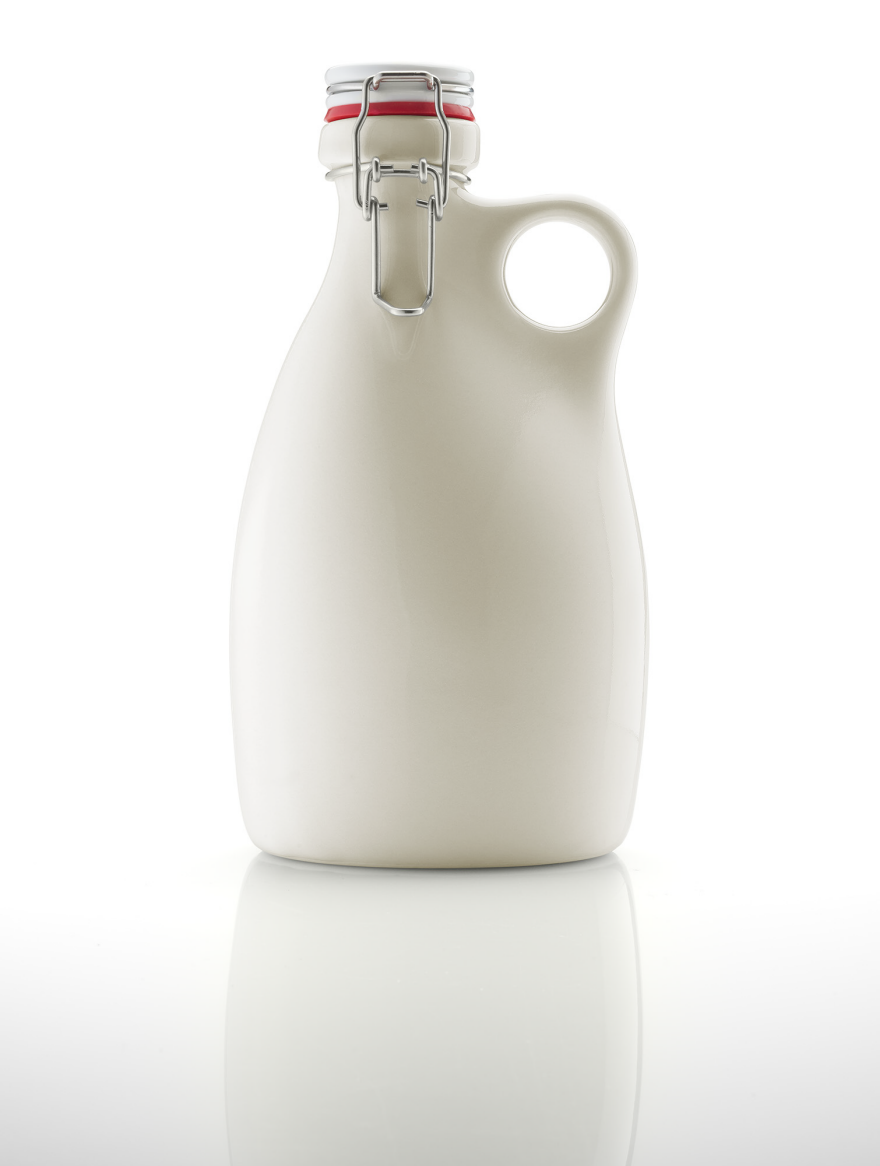 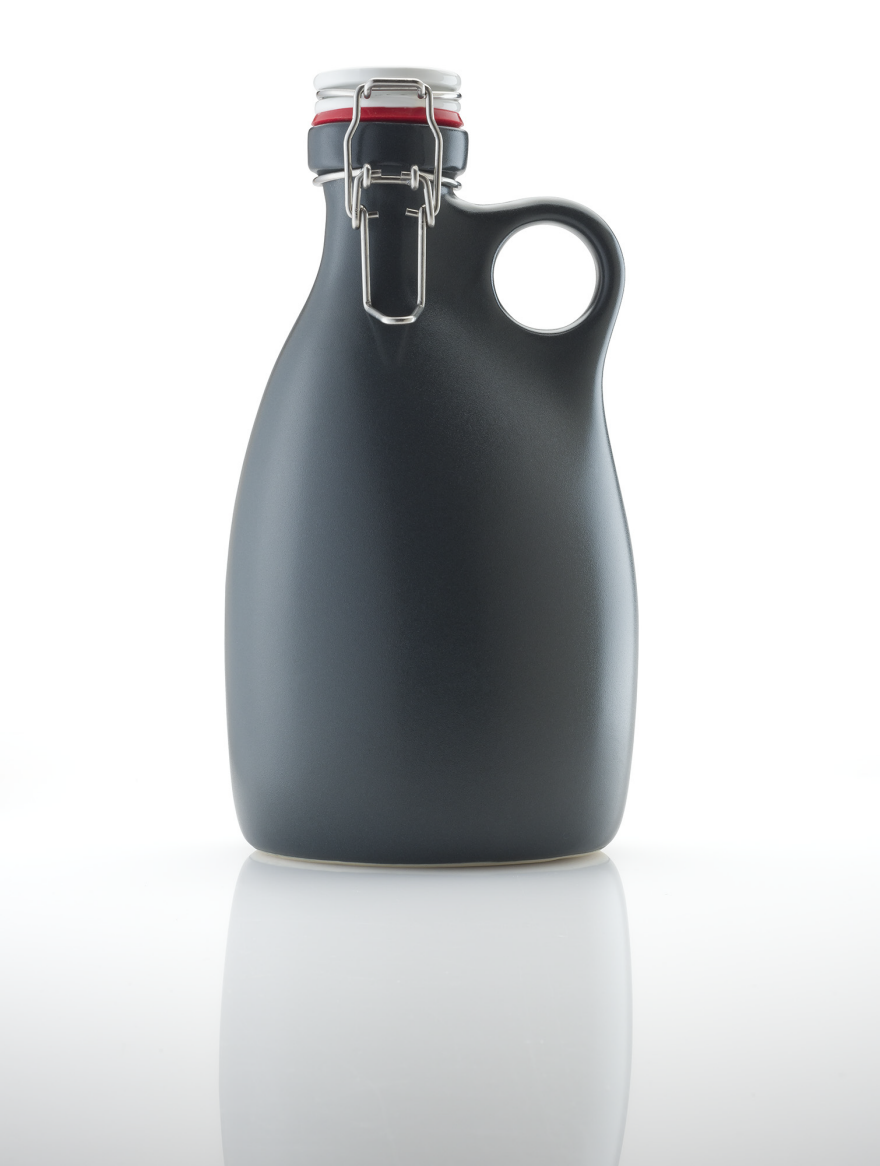 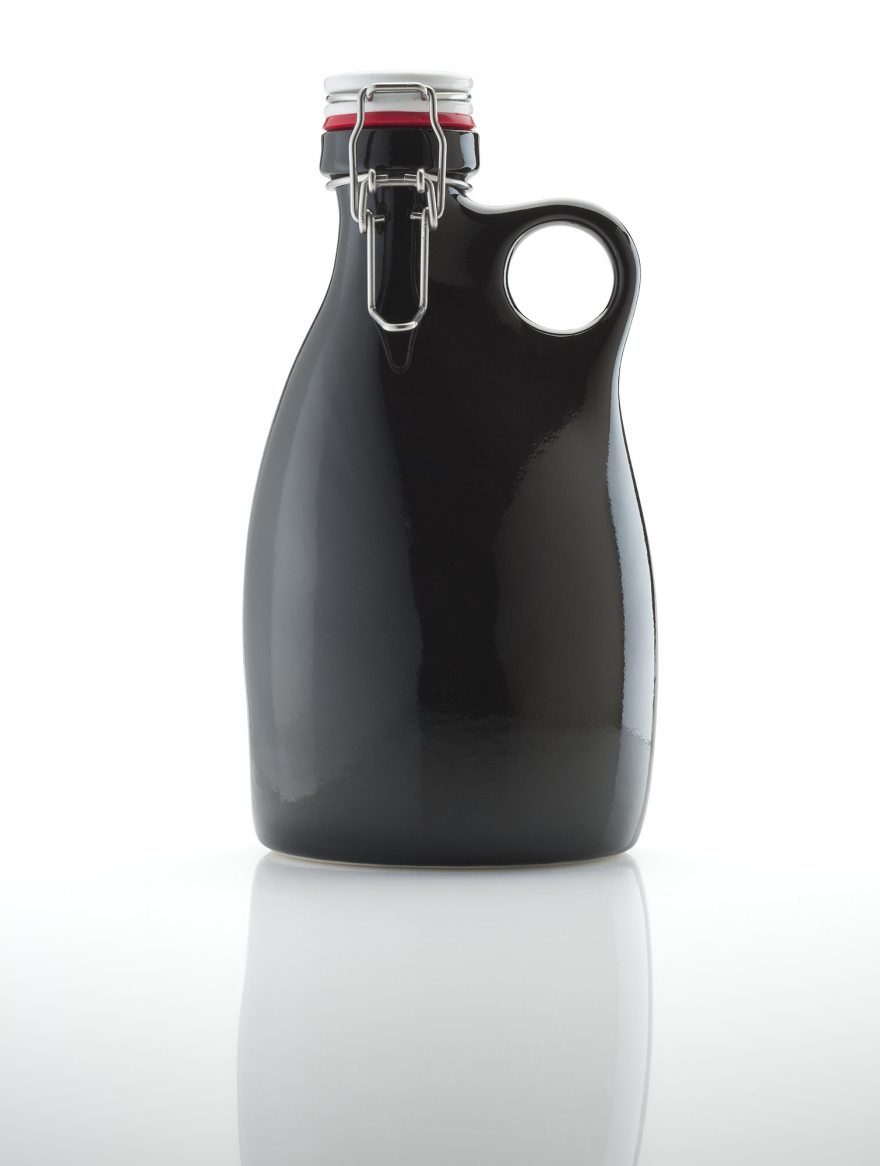 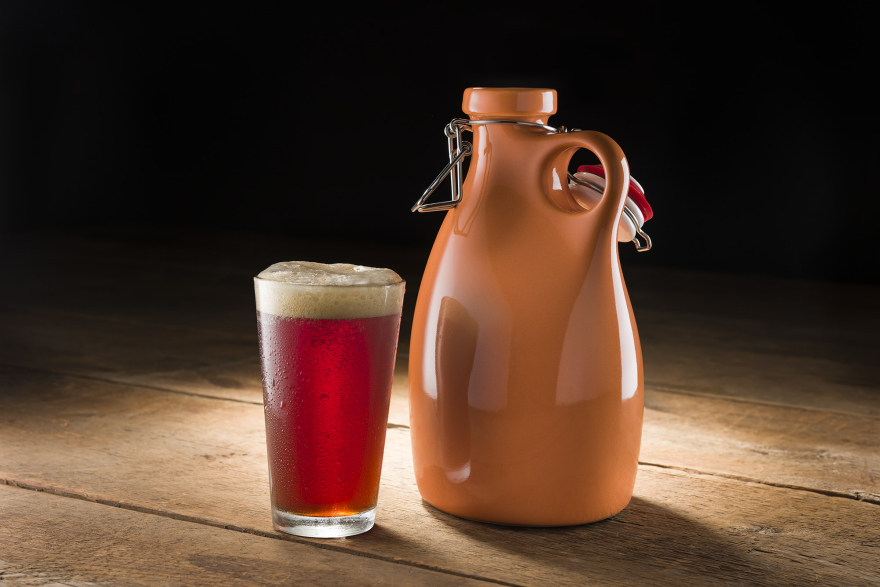 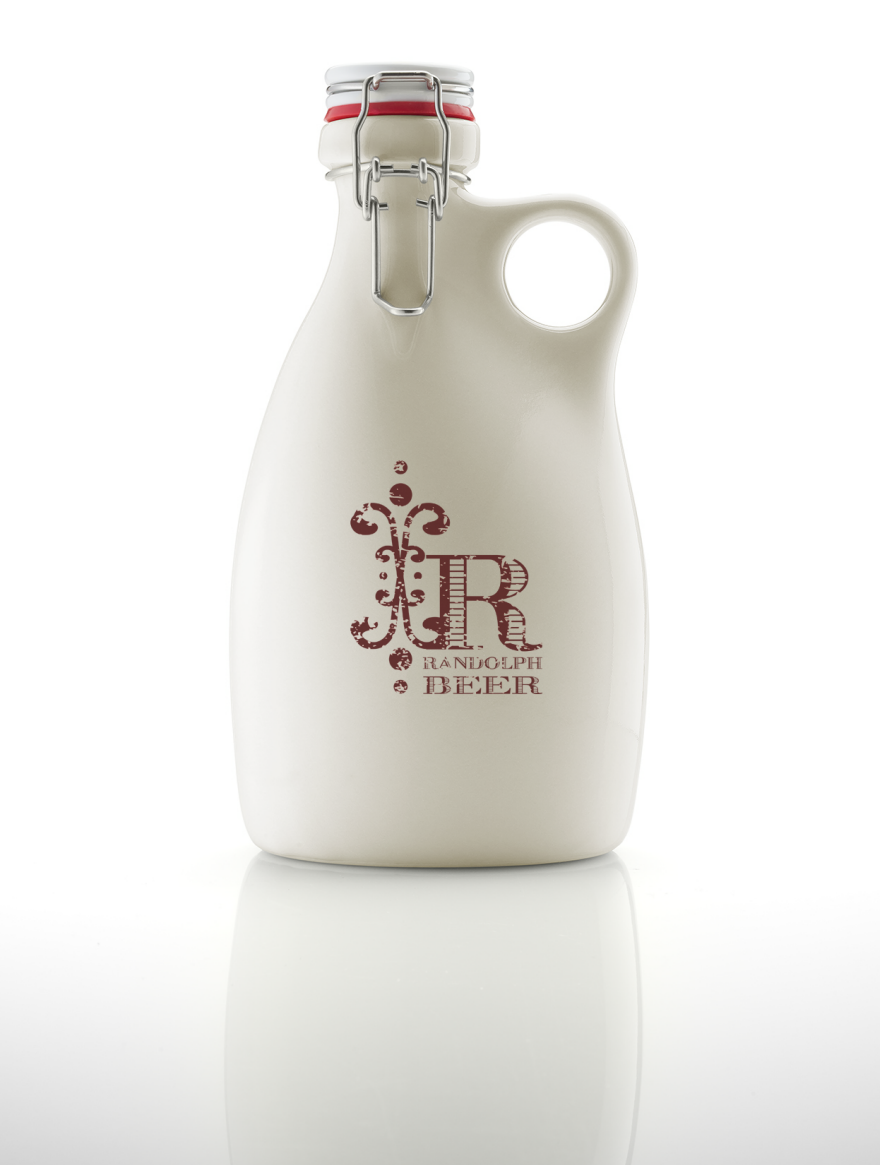 Hal Silverman Custom Graphics on High Gloss White This is an example of a custom printed product for a bar in NYC. 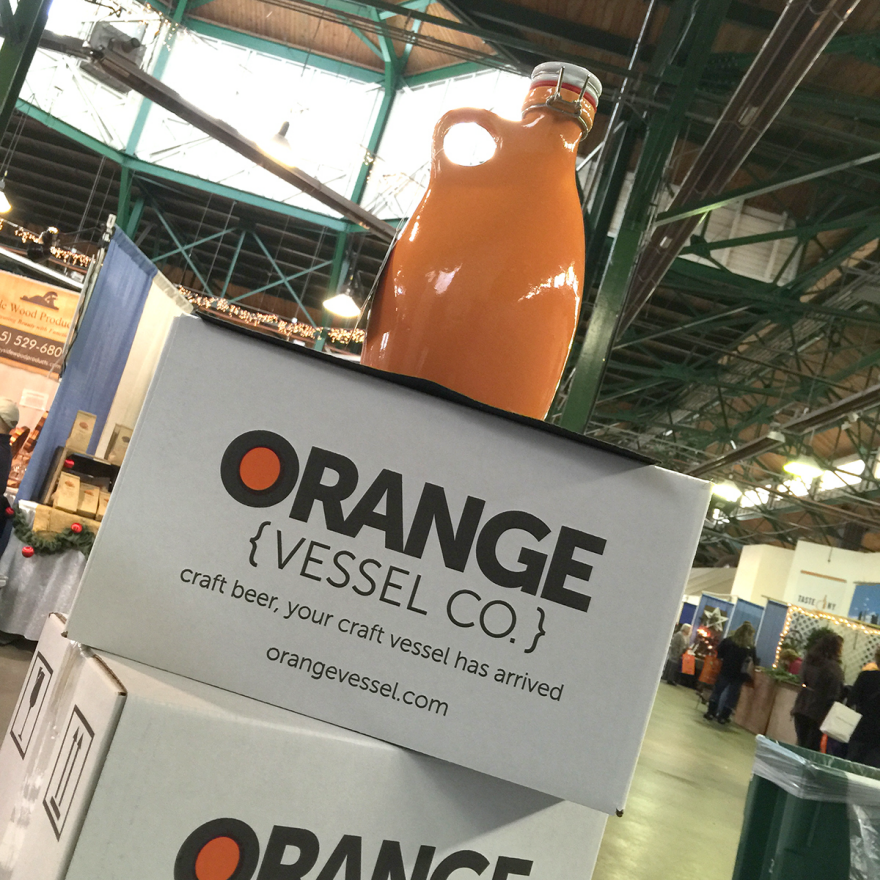 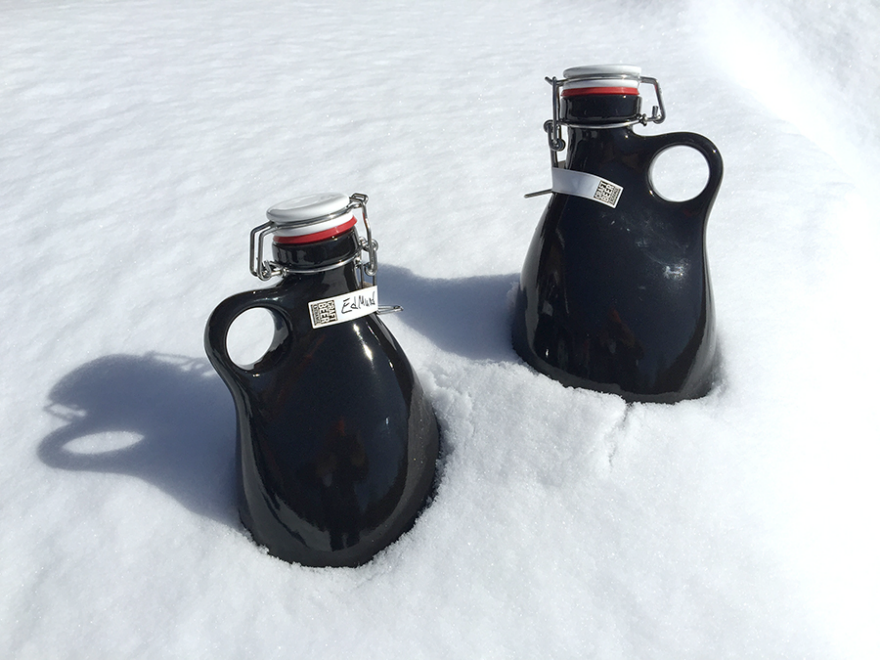 Designing a beautiful object is one thing. Creating one out of slip cast stoneware that has to hold a specific pressurized volume with superb human factors is another. This is especially true when you consider the 12.5% shrinkage that happens when it is fired in the kiln. Dialing in the fit and finish with the custom made toppers took some serious time, more time than we ever imagined. We started by really surveying the growler landscape and there are definitely some nice offerings out there, so how do you develop something that truly stands out? Since we are in upstate NY we started investigating the stoneware whiskey jugs that were made here in the 1700-1800s. What we found were much more streamlined and organic than we expected. Almost Greek amphora-like. At the same time as we were developing the design, I had just gotten back my 1940 Ford pickup from an extensive restoration. If you are familiar with the vintage you will see some of the similarities in the form. It is painted a super deep glossy black and we knew we wanted these vessels to be slick, almost wet looking so that inspired the finish as well. Since this was to be the flagship product of the brand we wanted to embed the brand identity into the design itself. We designed the graphic identity in concert with the form so that the two would work harmoniously, almost interchangeably. The circular handle along with color became the signature elements that help tie it directly to the identity which reinforces the brand. After sketching hundreds of concepts we jumped into Alias because we wanted the design to be super organic and the software allows us to push and pull the form to create just the right proportions. We burned out the mother board in our MakerBot printing iterations of the form to test the handle ergonomics and the fit of the flip tops. First we thought one finger would be enough but once weighted to the heft of stoneware (and filled with beer), we realized two fingers were definitely necessary. Once we were finally satisfied with the form, we machined a pattern from ABS and used it to make the initial block mold. Countless test pours later at our manufacturing partner in central Ohio we finally thought we had it down. Then it was time to convert the block mold to the the final master which was cast from flexible urethane. Once the master was complete, individual slip-cast tools were created. At first we thought we could get away with greenware (just one firing) but with the amount of handling necessary we soon realized we needed to bisque fire these (this means fire it once to make it hard then glaze). Next was getting the glaze just right. Since the signature bright color of the brand traditionally required cadmium as an ingredient we had to reformulate the glaze so it was food safe (meaning no heavy metals). Every unit is dip glazed by hand prior to the final firing in the kiln. We were lucky to sell out our first production run and we delivered the units in person two days before Christmas. The products are sold directly to consumers online and to breweries and distributors. We have partnered with several companies that can add custom graphics like pad printing, etching, and laser engraving which is very important to the trade.