London City Trailer is a simple cargo trailer for people who choose cycling instead of driving.

Cycling is widely recognised as the most sustainable form of transport in a modern city. It's reduces congestion, noise levels and pollution, and it's cheap. Until now, however, cycling has been a convenient means of transport for commuters, but incompatible for the transportation of heavy and bulky goods such as shopping or luggage and more. In fact, according to Cyclelogistics Foundation's report, goods are often transported over very short distances by heavy vehicles, and almost 100% of goods are still transported within cities by motorised vehicles, ranging from personal cars to commercial lorries. It is estimated that on average 51% of all motorised trips in European cities that involve the transport of goods could be shifted to bicycles or cargo bikes, which would reduce vehicle traffic and have an enormous impact on the quality of life. Statistics say that half of all trips in urban areas are shorter than 5km and therefore could be easily done by bike.

However, the high cost of investment of bike trailer systems and a lack of storage space mean there is still quite a low uptake of this way of carrying groceries, luggage or other types of goods. London City Trailer can be collected and deposited at any London bike-sharing system points and works both with rented bikes as well as with privately owned ones. 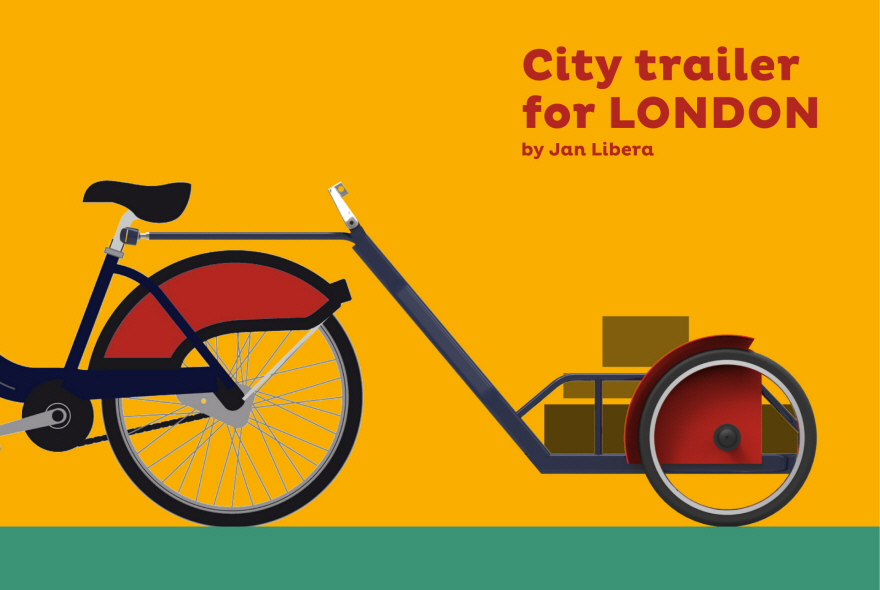 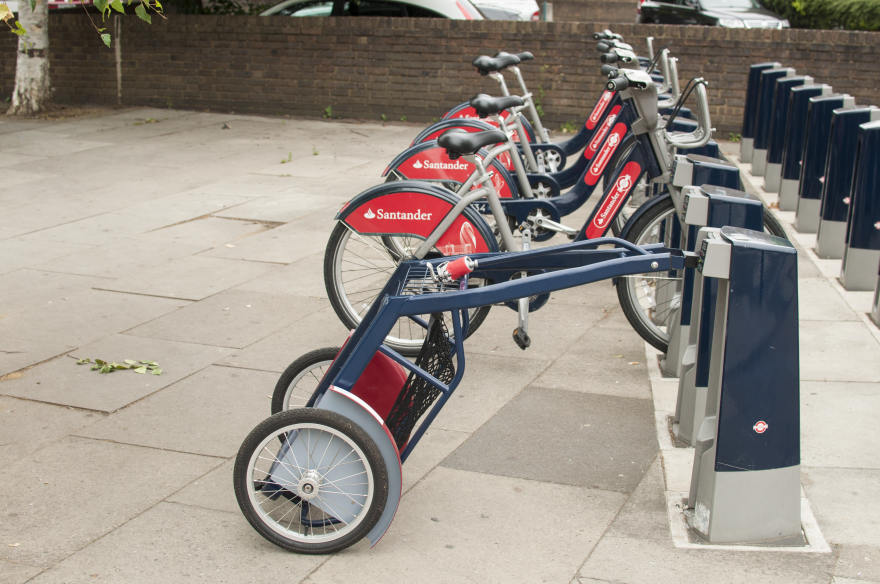 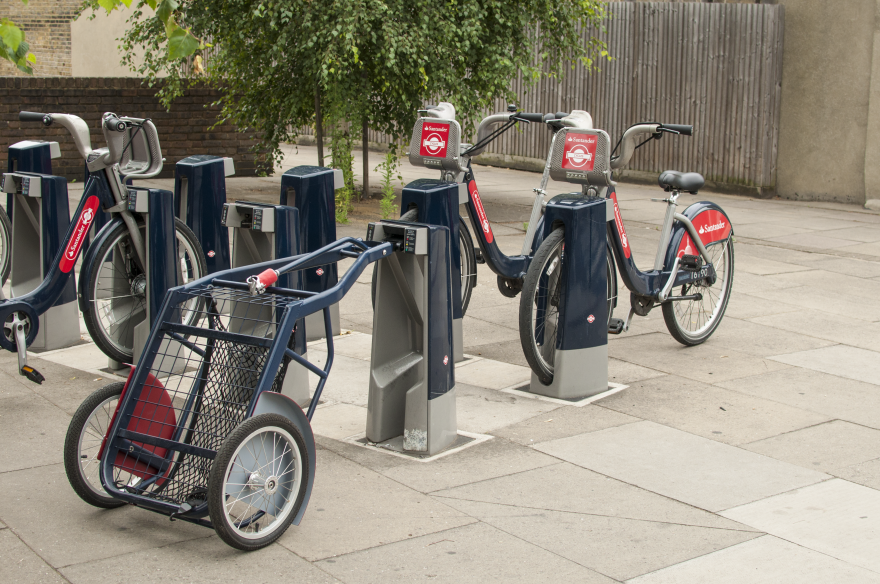 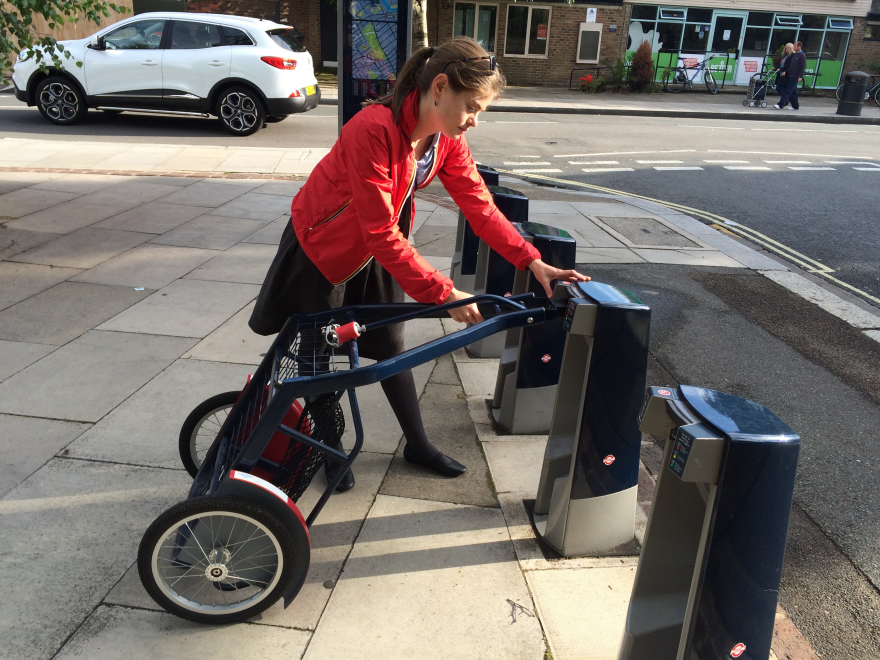 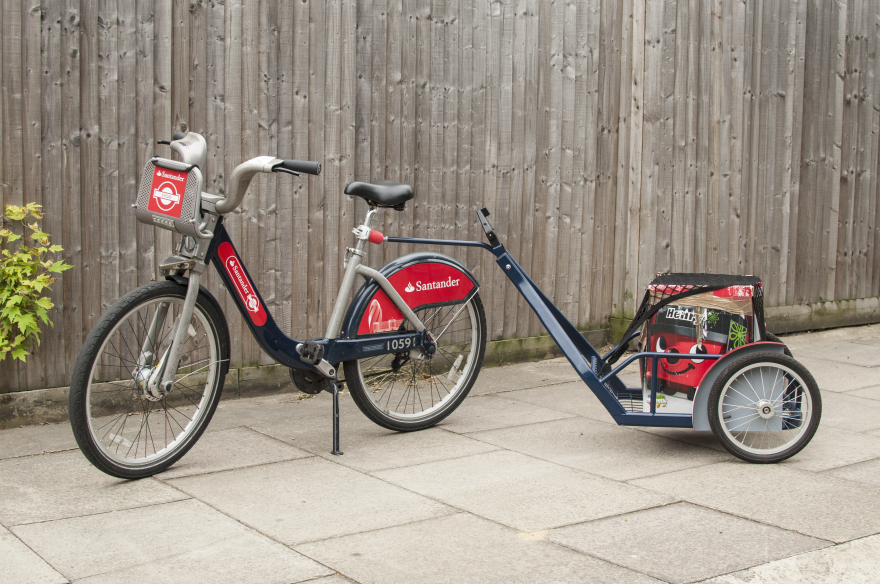 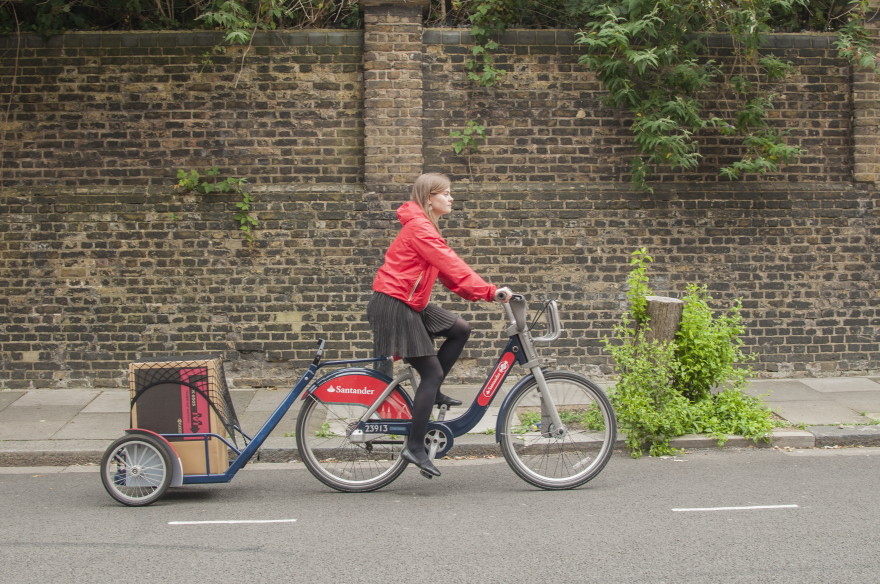 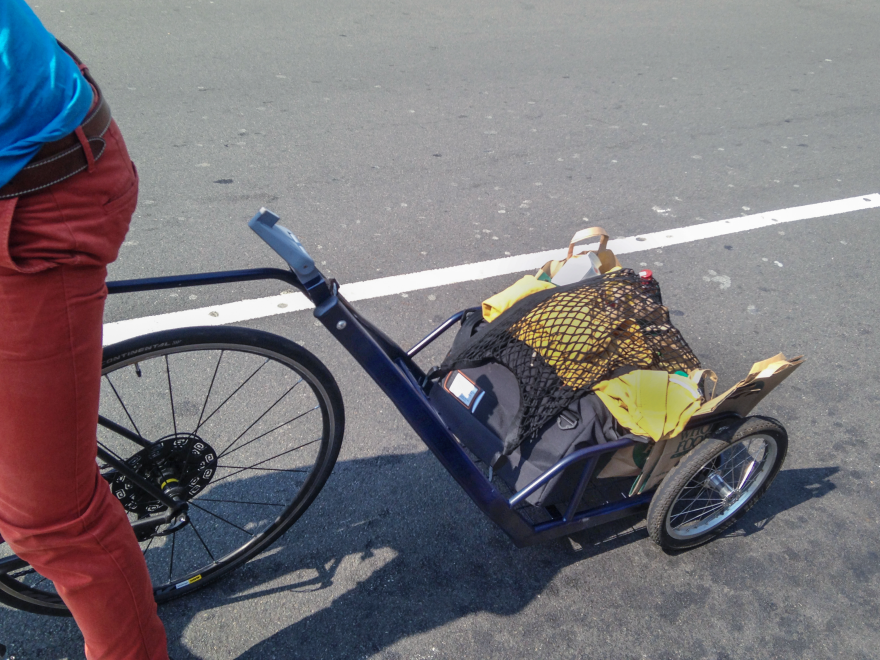 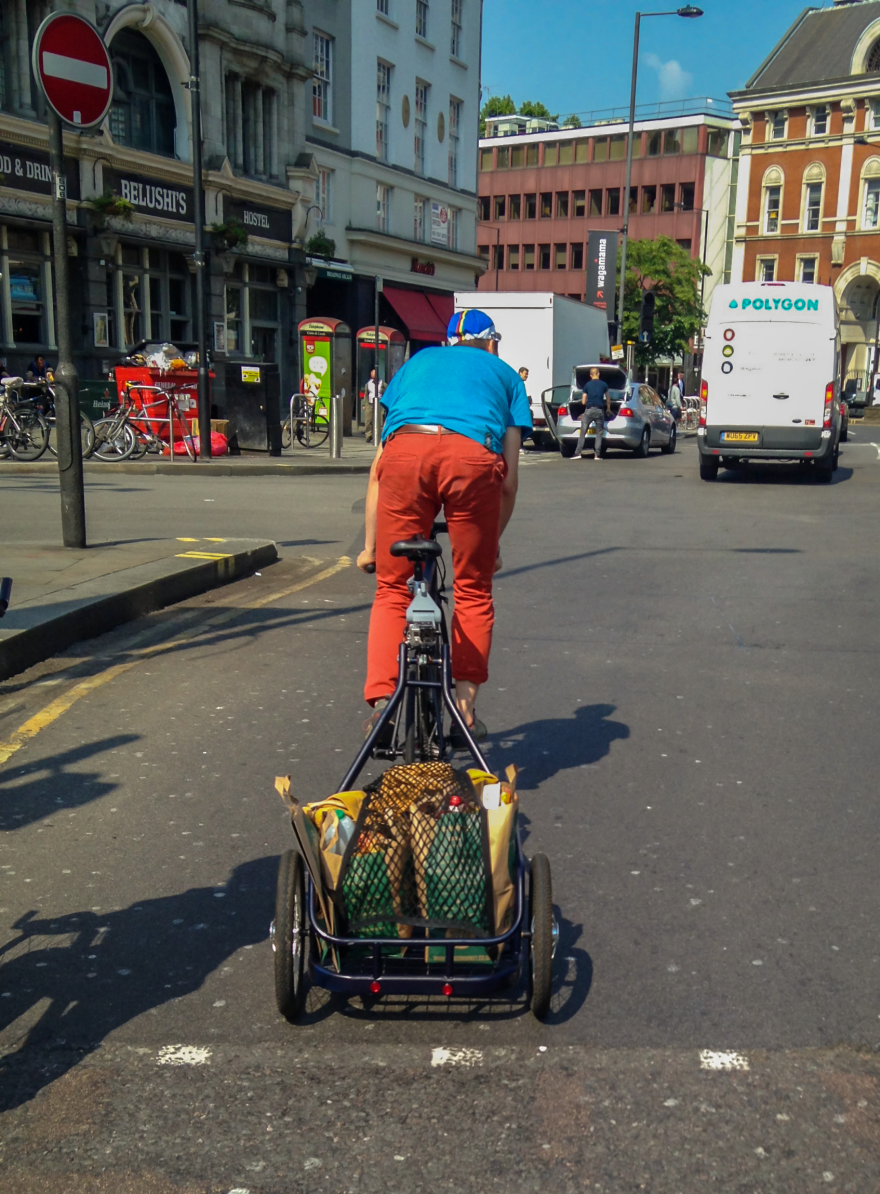 My ambition was to make a versatile and simple cargo trailer for Londoners who chose cycling instead of driving, that will be compatible with Santander Cycles docking stations and that works both with “Boris bikes” as well as with privately owned ones.

My project is a response to a document issued by the Greater London Authority . In ‘The mayor’s vision for cycling’ Boris Johnson proclaimed that „Cycling will be treated not as niche, marginal, or an afterthought, but as what it is: an integral part of the transport network. I want cycling to be normal, a part of everyday life. […] I want it to be something you feel comfortable doing in your ordinary clothes, something you hardly think about.”

I believe that cycling is the best form of transport in a modern city. It is cheap, it reduces congestion, noise levels and pollution. Moreover, cycling is not only convenient for commuters, but also for people obliged to transport something heavy: it could be their shopping or luggage but also something bigger and heavier. Unfortunately, it is still not as popular as it could be. According to Cyclelogistics Foundation’s report still almost 100% of goods transport within cities is done by motorised vehicles, ranging from personal cars to commercial lorries. Goods are often transported over very short distances by heavy vehicles. Statistics say that every second trip in urban areas is shorter than 5 km and therefore could be easily done by bike. On average 51% of all motorised trips in European cities that involve the transport of goods could be shifted to bicycles or cargo bikes. This would have an enormous impact on the quality of living in the cities. However lack of storage space and prices of the equipment are the two main factors why people still rarely reach for this way of carrying their groceries, luggage or other types of goods.

I am more than certain that providing easy access to cargo trailers would enable people to use them more often, which would have huge impact on the environment.

Starting point for this project was personal experience when after moving to London I often needed to move from one place to another carrying all my stuff on my back. This experience provoked me to look closer at the problem of transporting goods in the city.

It lead me to Cyclelogistics Foundation and The European Cycle Logistics Federation which promote cycling transport and try to convince the public that there is a huge potential in this form of transport. Stimulated by the report ‘Cyclelogistic moving Europe forward’ prepared by the foundation I started thinking how to give Londoners easy access to bicycle cargo infrastructure. Being aware of the success of ‘Boris bikes’ I thought to use existing infrastructure of Santander Cycles docking stations for cargo trailers.

I began with listing my design guidelines. I assumed that the trailer must be durable, versatile, simple to use and safe. The dimension of the Santander Cycles docking station as well as the width of the cycle routes become a framework which defined the size and the shape of the frame. The main idea behind the construction is that the trailer spins around the axle of the wheels for switching between docking position and ride position. Such technical solutions cause that the trailer suits easily in the row of docking units and is accessible. Because I also assumed that the trailers have to fit both “Boris bikes” and privately owned ones without any additional hitch, I decided that it would be attached to a bike through hinged-clamp combined with ball joint to the seat post.

To test my assumptions I made three prototypes. First from MDF and two made of steel (for production it should be made of aluminium.). They helped me to define the geometry and functionality. For steel ones I’ve decided to used oval tubes (25x50mm) which proportionally to thinner gauge are more rigid than traditional profiles.

This project has two main purposes.

First—to give Londoners, already engaged in cycling, new opportunity for carrying all sort of things by bike.

Second—to convince and motivate people to use bicycle to carry their things.