The general car safety belts that are mass produced right now are not fitting to the physical shapes of pregnant women so it causes abdominal inconvenience and severe pressure and lead to symptoms like abdominal rupture and abruptio placentae so it carries life threatening risks due to physical shock to both the pregnant woman and the fetus.

BODY FIT is a car seat where the safety belt can be worn according to the physical shape of pregnant women. Due to the drastically grown abdomen, increase in weight, and changes in physical shape, pregnant women complain about the inconvenience of riding cars so the form was completed by focusing on preventing it from inclining too much towards the left or right while the car is moving as well as securing wide space. In addition, the car seat was designed in a way where belt guide in 3 points were applied so pregnant women can wear belts according to their shapes and this prevents the injuries that happen when safety belts lean towards the neck and shoulder areas and choke the user's necks or when the safety belt causes pressure due to a sudden stop or crash. 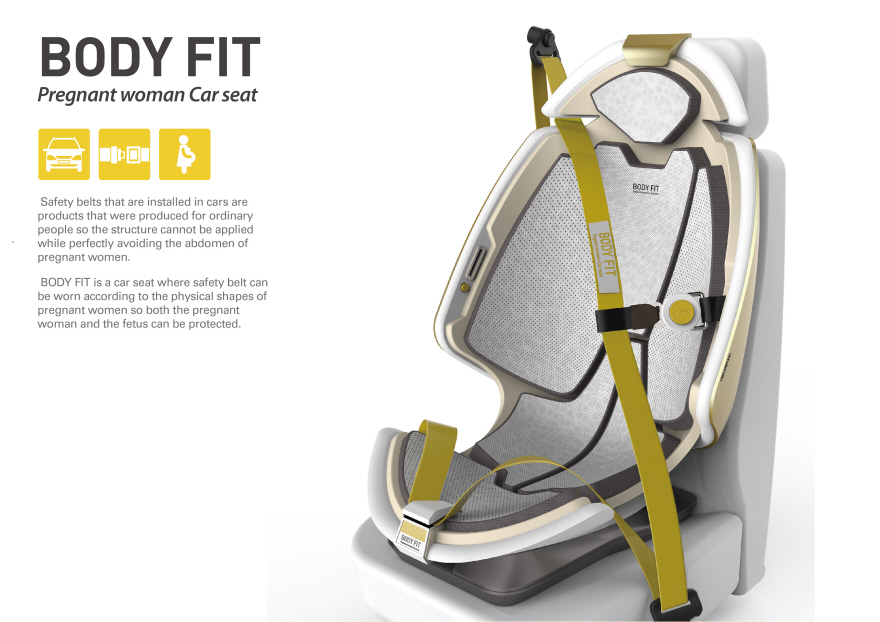 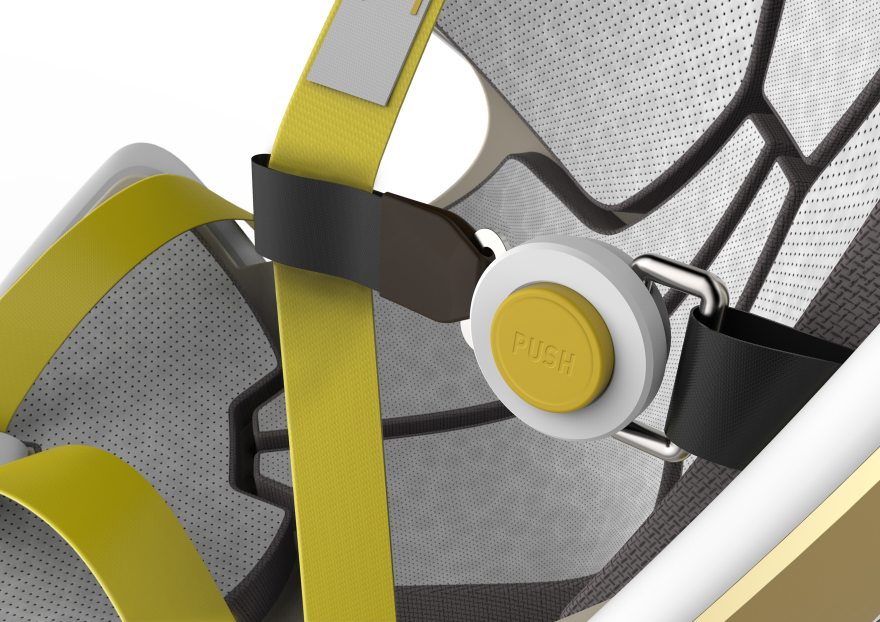 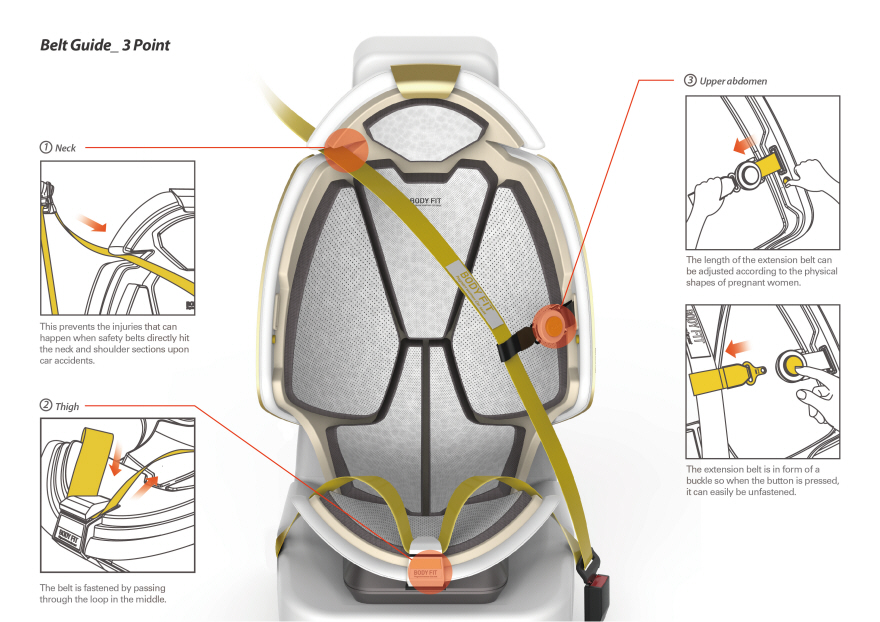 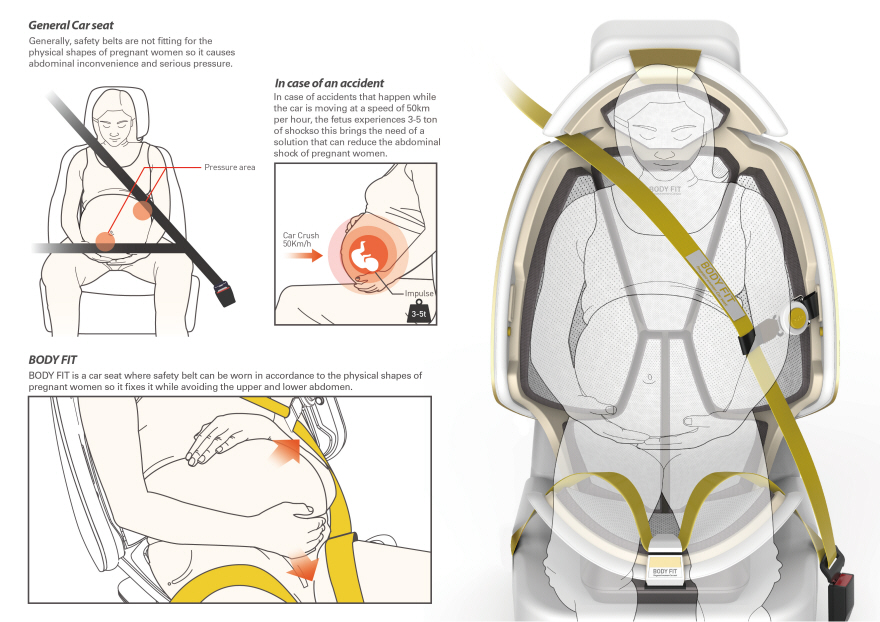 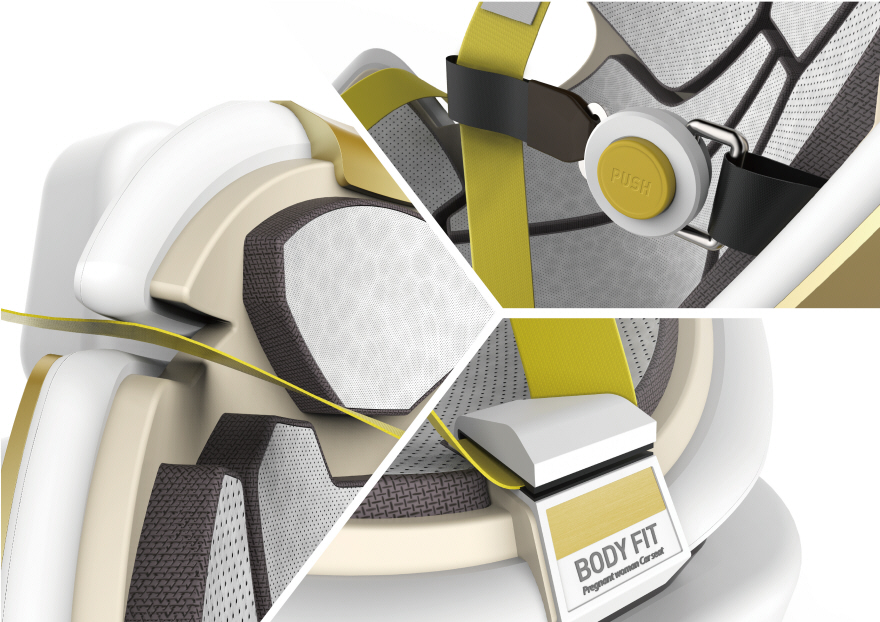 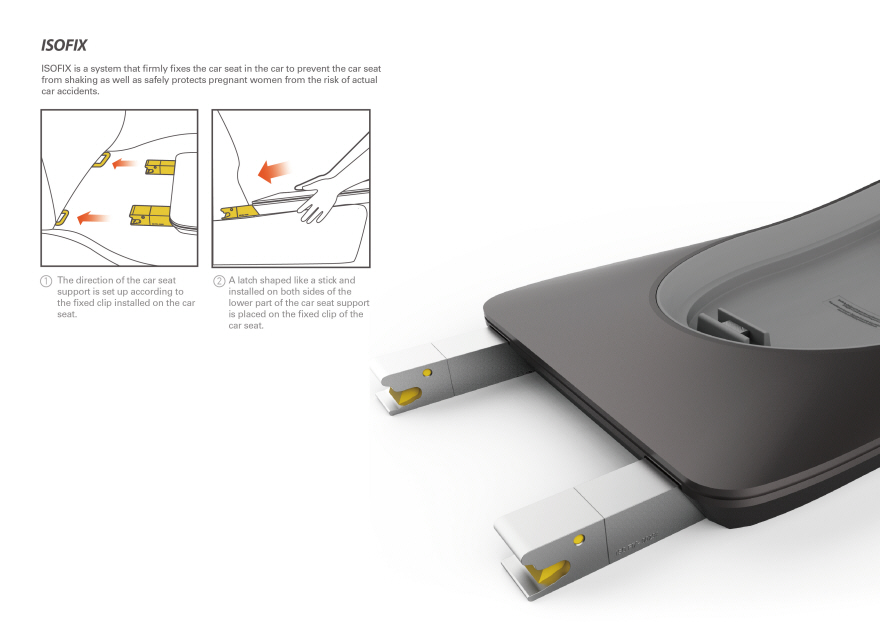 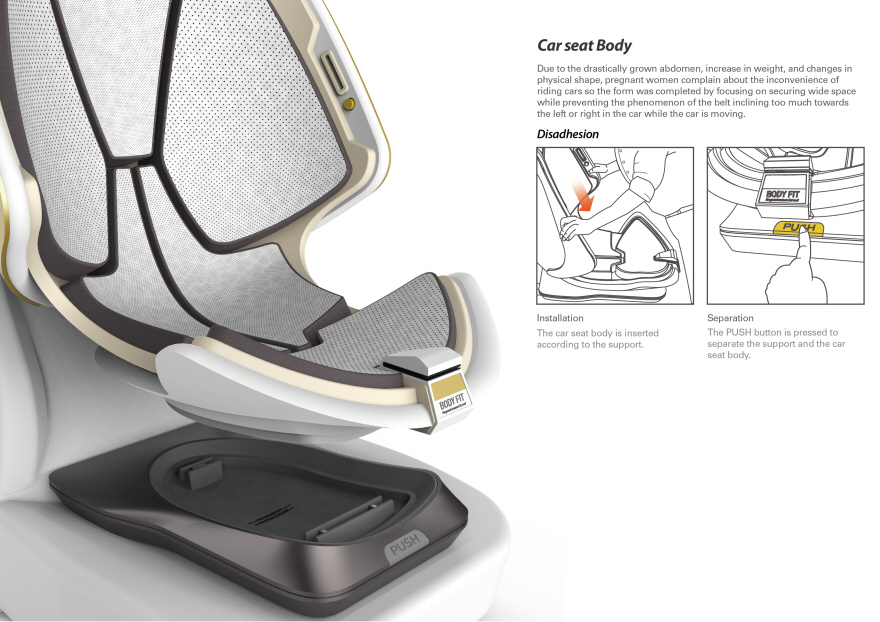 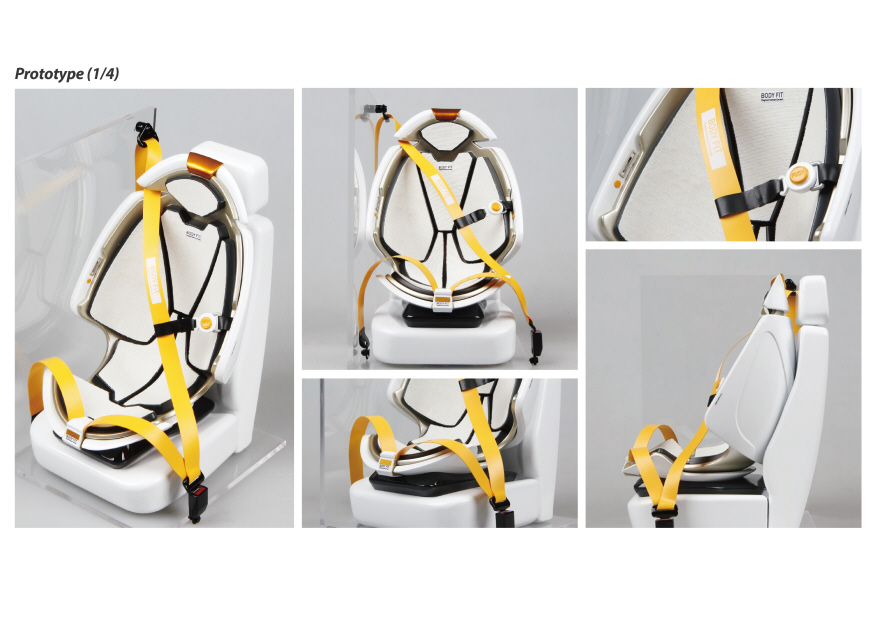 Why don't we have a car seat for pregnant women? When vehicle manufacturers design seats and even seat belts in general, they hardly consider the body type of pregnant women. Some of the car seats commercialized at present are designed to target young children. As pregnant women experience various physical changes, such as larger abdomen and more weight, they have a difficulty time for basic physical activities and get easily tired. To make things worse, when they buckle up their ordinary seat belts, putting pressure on the abdomen or rolling from side to side will lead to an unfavorable environment that accelerates their fatigue. However, this product, Body Fit, is a new car seat fit for the body type of pregnant women, and it helps them feel most comfortable while riding in a car.

Every day, car accidents cause hundred thousands of people around the world to face major and minor injuries as well as 3,500 daily deaths. The increase margin is large so if this trend conditions, then it is assumed that it will result in 1.9 million people annually by 2020. Additionally, 30% of deaths that result from car accidents happen from not wearing safety belts so the ratio of safety belts worn in the passenger seat or the back seats drops drastically. In case of most pregnant women, they sit in the passenger seat or back seats instead of the driver's seat and they generally express refusal about safety belts so this is the biggest factor that heightens the death rate for car accidents. As more pregnant women use BODY FIT, it will prevent pregnant women from not wearing seat belts due to frigidity as well as lower the death rate resulting from car accidents. By this, it is considered as a social profit.