Focusing on women's workwear in male-dominated fields, Idiosyncratic Uniform calls attention to the existing cultural norms in work environments that solidify dated gender expectations and biases. It suggests that the fashion industry has not adequately addressed the sartorial and emotional needs of everyday working women, and intervenes by placing wearers at the center of the design process. By applying user research and needs-driven solutions to a psychologically powerful force like fashion, Idiosyncratic Uniform explores the merging of fashion with industrial design. At the heart of the project lies the question, can the implementation of industrial design thinking into fashion address complex issues like gender biases in work environments? 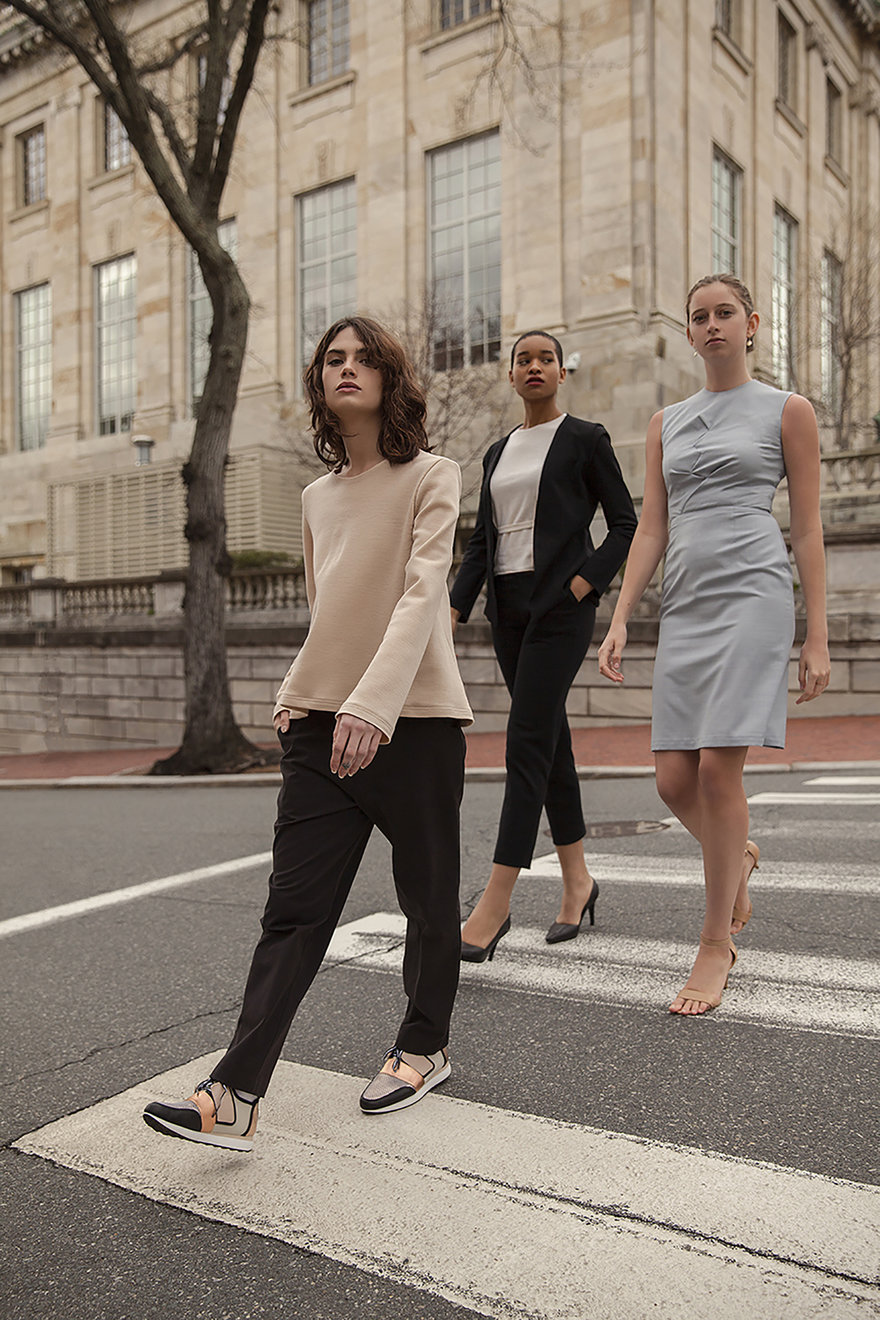 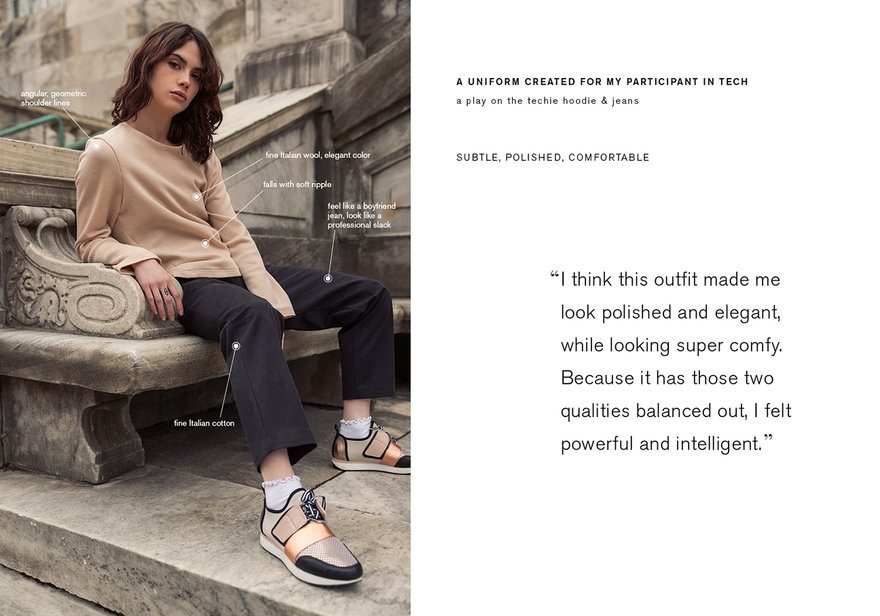 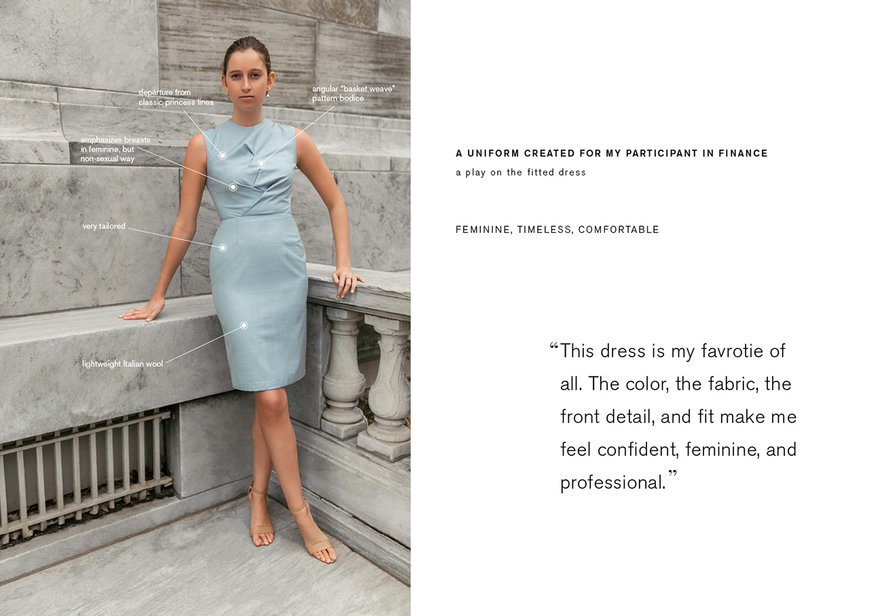 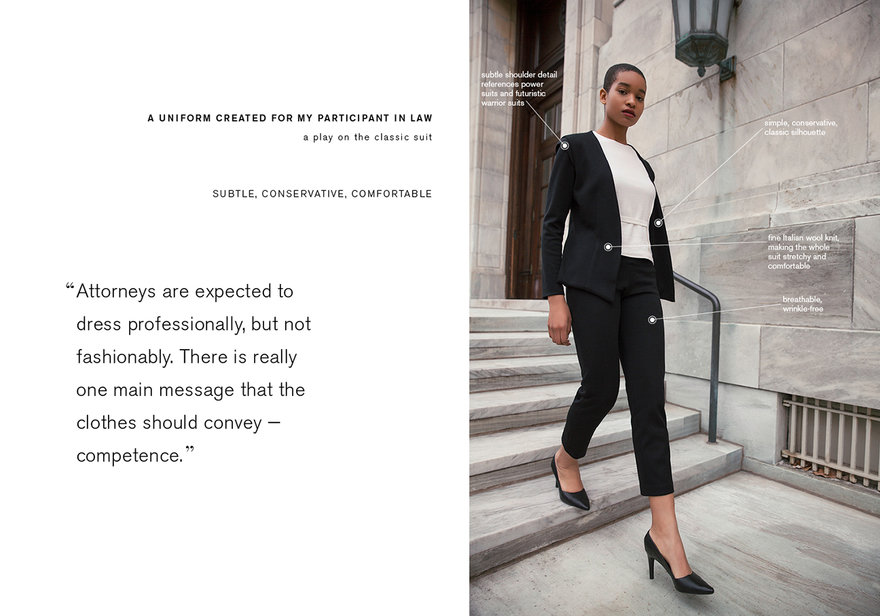 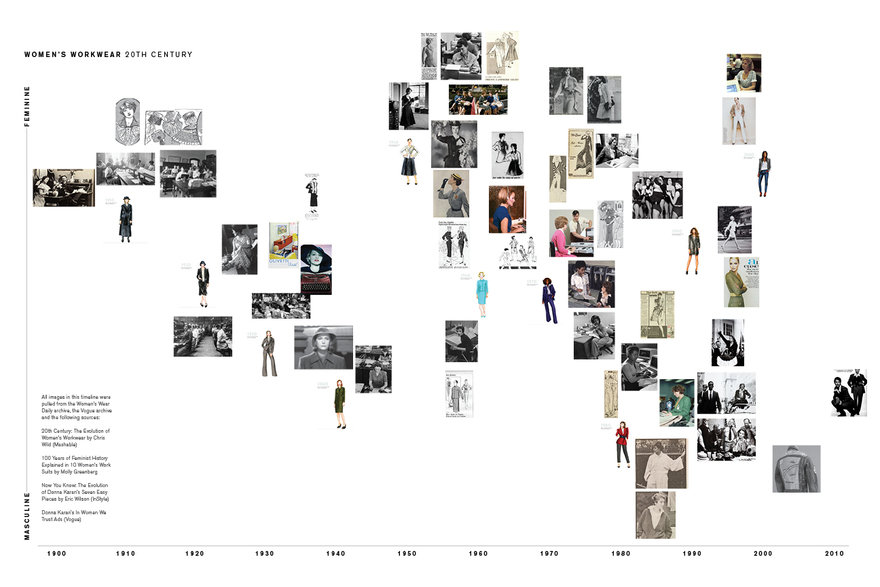 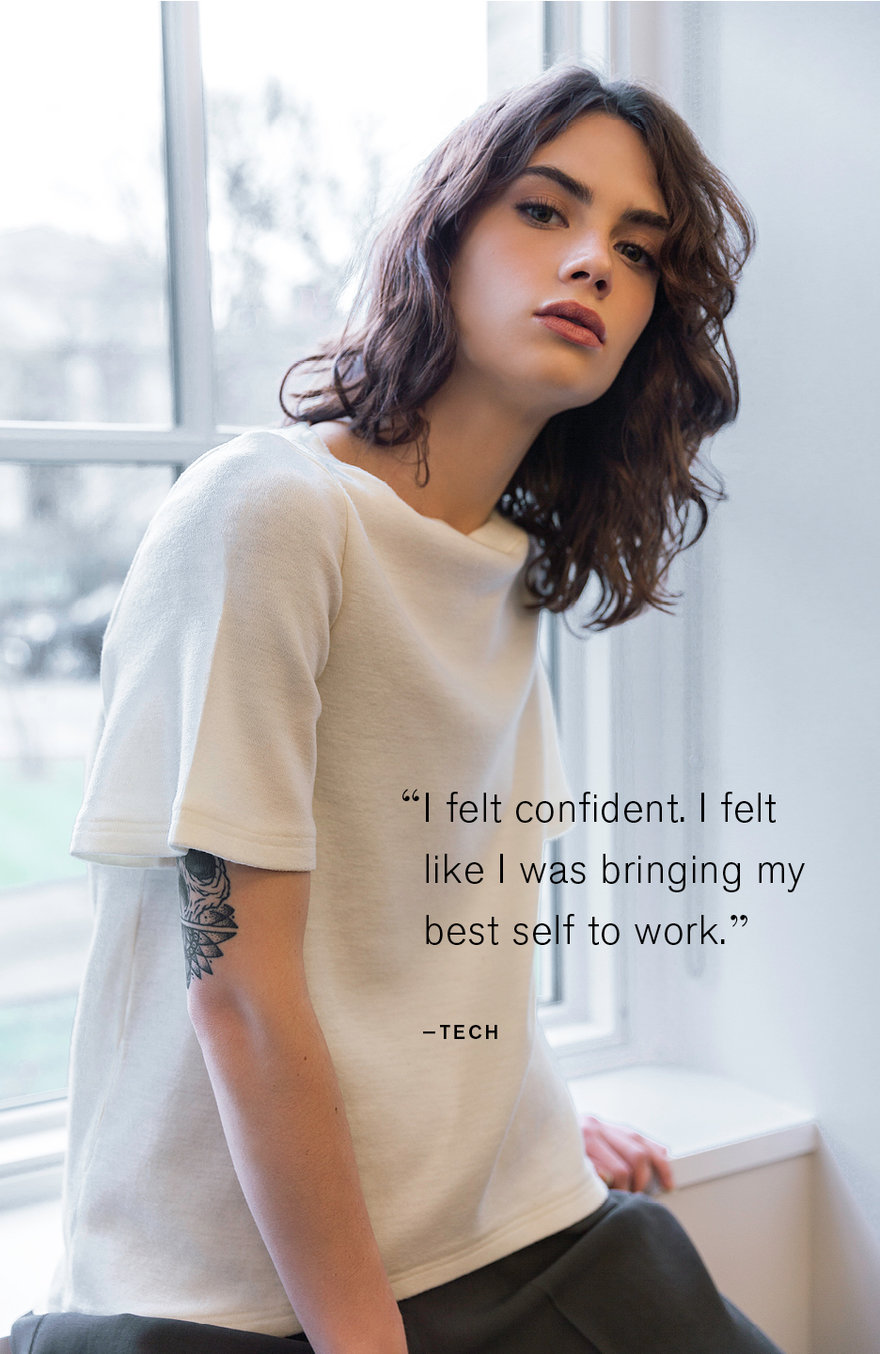 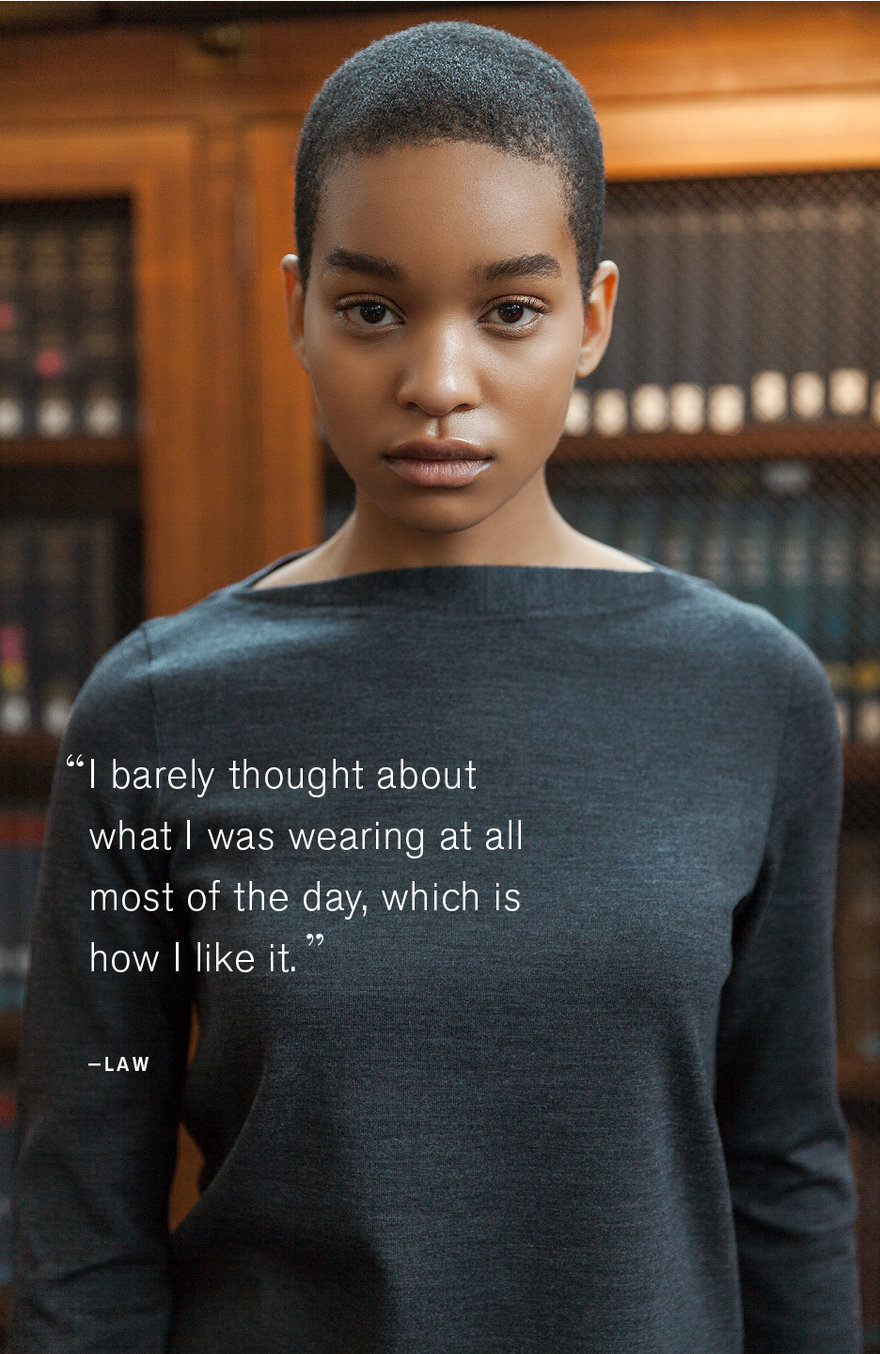 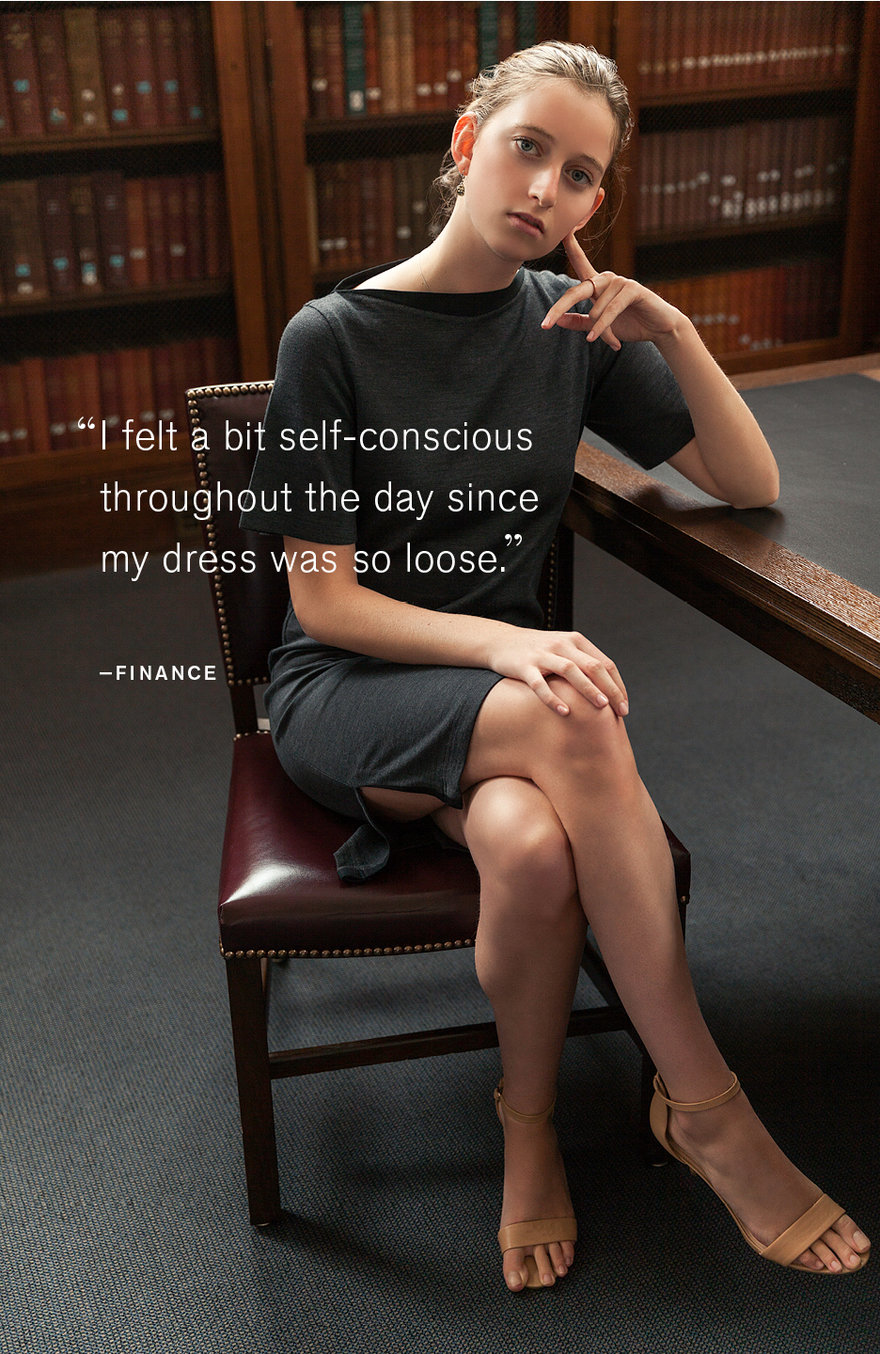 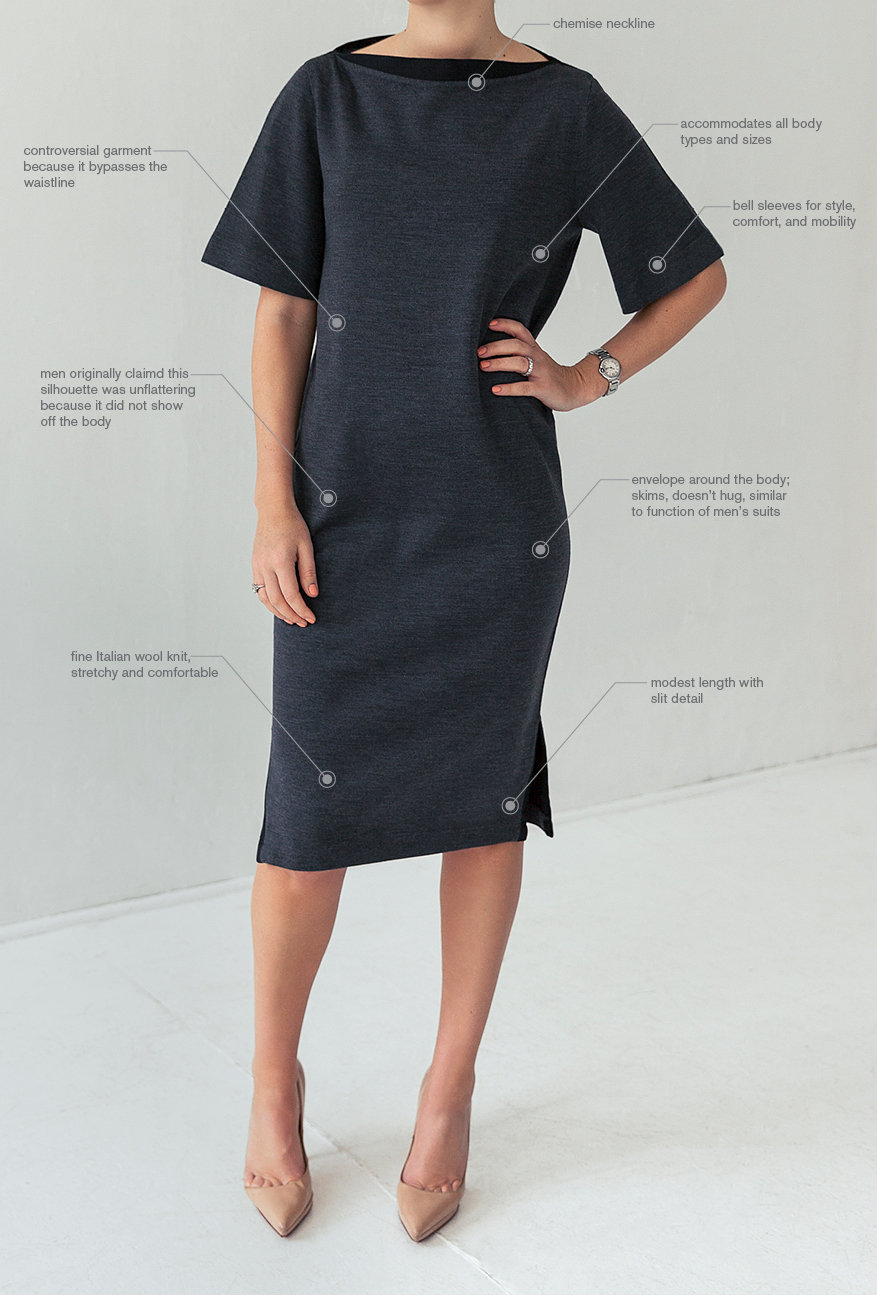 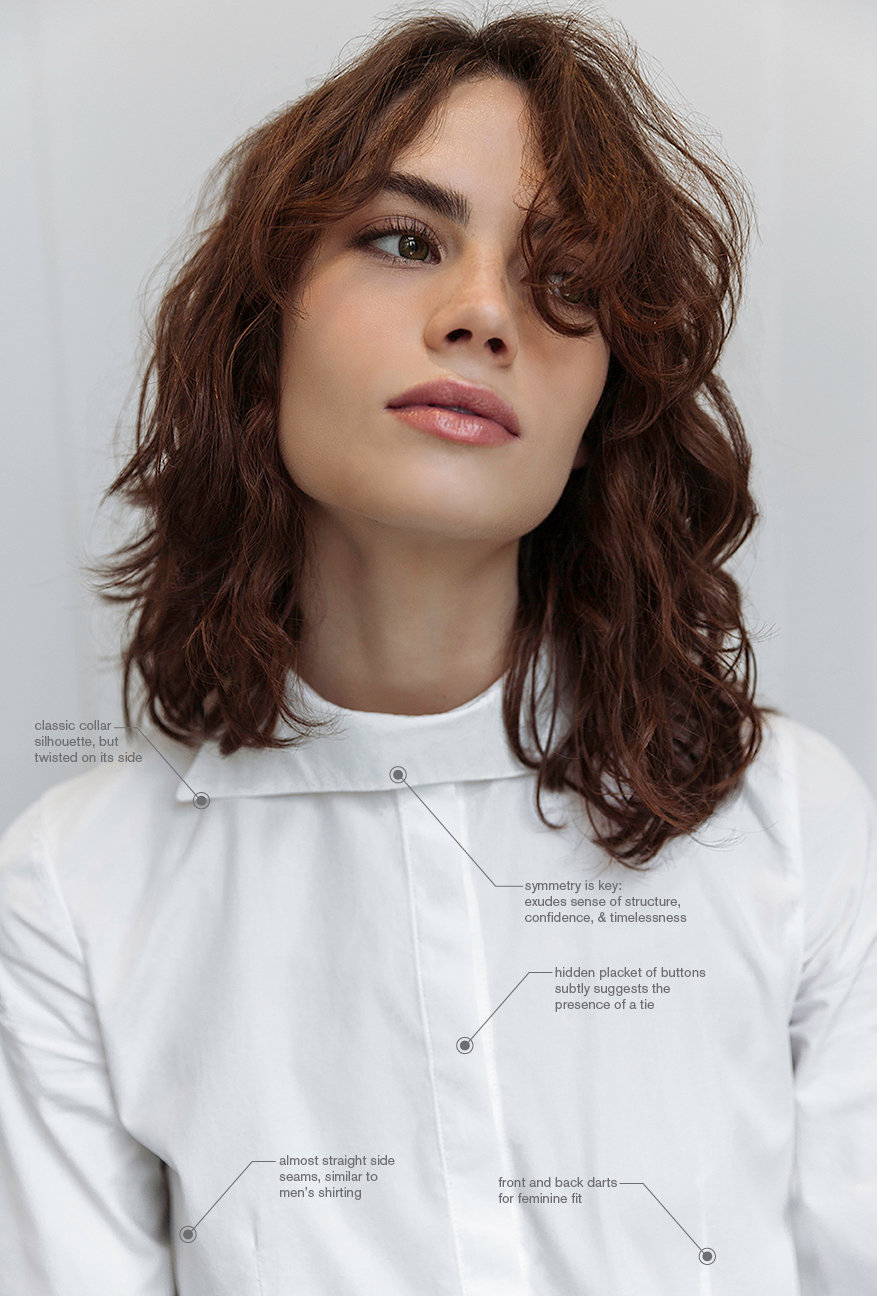 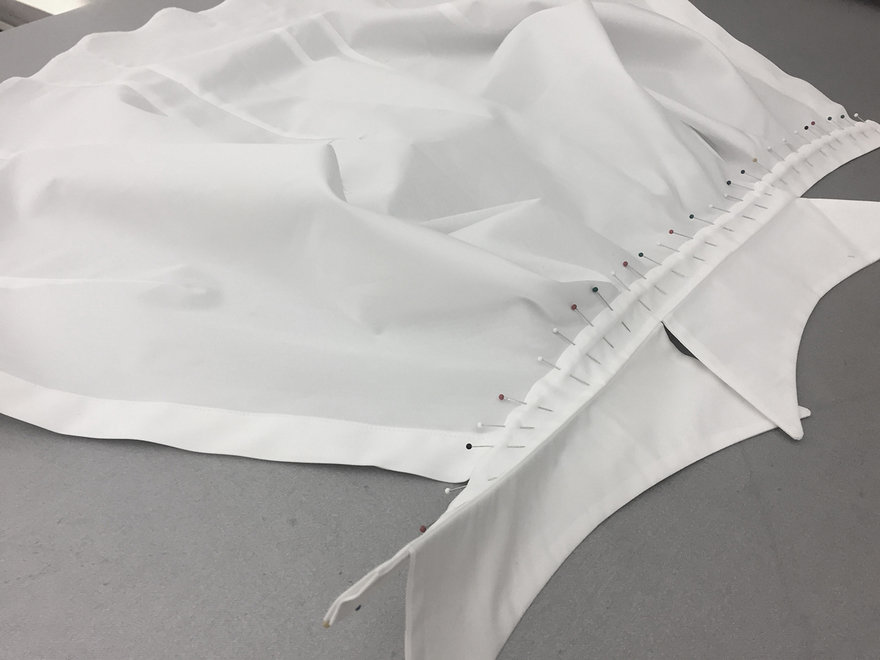 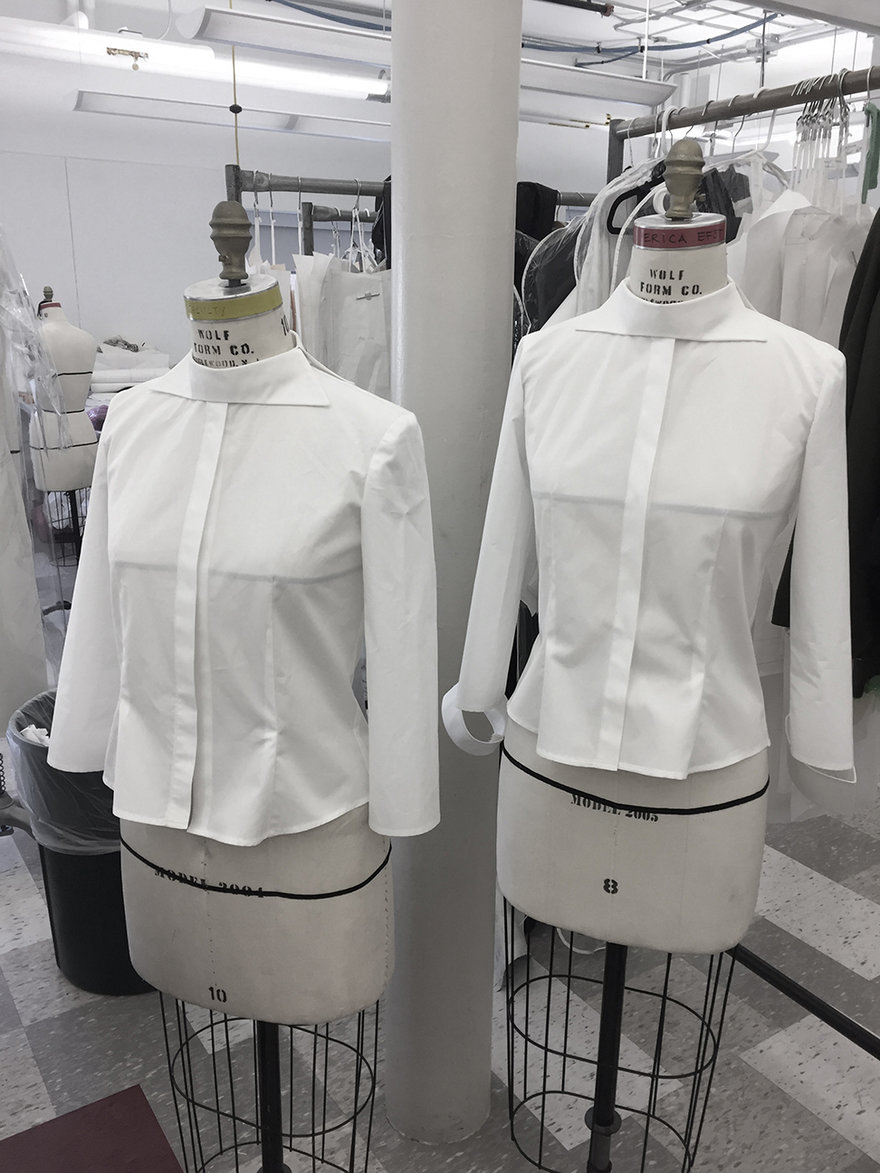 Clothing acts as a mediator between the individual and the social. It creates a dialogue between our inner selves and our environments, a dialogue that becomes especially fraught for women in work environments. Idiosyncratic Uniform treats fashion as a human-centered design problem. This body of work was my graduate thesis at RISD.

Getting dressed for work is a big challenge for professional women, especially for those with positions in male-dominated fields. There is a distinct division in the sartorial approaches of male and female employees. This division suggests the presence of a more systemic problem: that dated attitudes, perceptions, and double standards still exist in the workplace. For working women, getting dressed is a much more complicated and nuanced process than it is for their male counterparts. Balancing professionalism, femininity, and modesty in the workplace becomes a confusing morning routine driven by the question, "Will I be taken seriously in this outfit?"

Through my ethnographic research, I discovered a simple truth. Professional women don't know what to wear. And this is by no means a trivial problem. Dress etiquette in professional settings is indicative of the culture of the work environment, and in some extreme cases, provokes judgement and hostility. While hostile behavior in the workplace is not common, this negative commentary exists at the forefront of a professional woman's consciousness when getting dressed every single morning.

There is no female equivalent to the suit itself. There is no neutral garment that, when wrapped around the female body, immediately transforms from a lifeless drape into a socially accepted symbol of competence and professionalism in the way that a man's suit does. In turn, for women, the aesthetic of "professional" is unclear. The perceptions of a feminine versus an androgynous sense of style impose different sets of challenges and questions for the wearer.

Urban uniforms are everywhere, but are taboo for women. Contrary to the standards of dress for men, there is a taboo in the working world around women wearing the same thing everyday. Although women are not always expected to be trendy, they are expected to be more expressive through their attire, leaving way more room for them to be judged.

However, the friction between the two fields prevents a compelling opportunity for designers to embed larger visions in a product that already has such an intimate and emotional interaction with its users.

THE OPPORTUNITY: AN ETHNOGRAPHIC APPROACH TO FASHION DESIGN.

I sought to see if we can address some of these issues by placing wearers at the center of the design process.

I interviewed numerous women of varying ages, backgrounds, and professions about their work life and wardrobe. Our rich conversations made it clear that dress is something they think about, a lot. But the heart of the project lies in the relationships I developed with three particular women with positions in tech, finance and law, all classically male-dominated fields. I designed and conducted a series of experiments for them that tested the effects of dress in their respective fields. Their work environments were culturally different which was reflected in the expected dress code. Levels of formality varied, as well as connotations around femininity. Additionally, each woman had her own fashion philosophy that would help her navigate her industry's dress code.

Based on the participants' specific needs and feedback, I iterated prototypes of different elements of a work uniform. Conceptually, my prototypes are derived from historically relevant and symbolic workwear items, such as the white collared shirt or the chemise dress. They seesaw between masculine and feminine silhouettes and style lines. The concept development process, experiments, and feedback culminated in the creation of one final look per participant that is idiosyncratic to its wearer's personal and professional needs, as well as a different interpretation of female dress etiquette in the workplace.

The final looks do not represent my own voice as a designer, but the voices of the women I made them for. I am not suggesting that these uniforms are universal, because if anything, this process taught me that is not possible. My design solution is not a concrete answer to the double standards that exist in the workplace, because there is no concrete answer. And that is what made the results of this project so culturally relevant.

Calling it a "work uniform" is an ideological failure. But the fact that it is a failure successfully calls attention to the attitudes and perceptions that cause women to question their appearances at work. Even though the final looks have been validated by the participants themselves, the women I made them for, when it comes to womenswear, the aesthetic can always be critiqued. Too bold runs the risk of becoming sexualized or distracting. Too subtle can be considered submissive. Too feminine can be critiqued as frivolous and weak. Too androgynous may be considered a cover-up, an easy way to blend in with the men, the fashion equivalent of signing emails with only initials to conceal one's gender. All of these criticisms validate the difficulty women have getting dressed for work. They also make it a really interesting problem to address through human-centered design.

There is no standard for women that exists outside the madness of trends, that stands the test of time, and that unquestionably represents professionalism in the way that a man's suit does.

So how can we better understand the sartorial needs of women working in male-dominated industries? One way to get to the bottom of such a complicated and nuanced challenge is to treat it like a design problem and apply strategic thinking and research to the design process. That means talking to the women actually wearing the clothes. Insights do not come from annual sales or market trends, they come from people.

We all wear clothes, we all feel the effects of clothes on both an internal and external level. A garment's role as the first visual indicator of who we are makes it one of the most important material objects to apply human-centered design. And yet, fashion is not treated like that. Idiosyncratic Uniform explores a design process that does treat fashion like a human-centered design problem, and maybe even contradicts the current sartorial expectations and stereotypes for women in the workplace.

Human-centered workwear in a designer-centered industry.