A transit system in crisis

Decades of worsening gridlock, relentless use, and under-investment in infrastructure have taken their toll on America's largest transit system. In July 2017, Governor Andrew M. Cuomo declared transit in NYC to be in a state of emergency.

A design-based approach to strategic planning

In contrast to a top-down, internally focused strategic planning process, Bridgeable and MTA New York City Transit (NYCT) applied a design sprint approach, including co-creative stakeholder engagement and rapid prototyping and iteration of the plan. Our objective was to develop a plan in just over 6 weeks.

The plan is grounded in the needs of customers. Consultation sessions were held with groups who are often under-represented, such as customers with disabilities.

A co-creative process open to all employees attracted in-person input from hundreds and digital input from thousands. Employees who would not typically interact participated and cross-pollinated their ideas; senior leaders whose functions are siloed worked together to prioritize initiatives.

The plan was rapidly iterated at every step to ensure that it addressed stakeholder needs and was executable by NYCT employees. The plan was repeatedly reinvented, undergoing 29 iterations.

Framing the need for change, showing the rationale behind decisions, and simply presenting complex information were critical. Visualizations of subway improvement timelines drove understanding and support.

- A top-to-bottom organizational transformation- Widespread subway improvements to be achieved more than 4x faster than previously scheduled- An exponential increase in the rate at which the system is being made accessible to people with disabilities- Specific deliverables, time-bound commitments, and clear lines of accountability

Decisive impact for customers and employees

- Organizational culture change: The planning process modeled the agile approach NYCT needs to embrace in order to deliver its ambitious plan. The "Engage and Empower Employees" section outlines ideas identified by employees, including those that reduce bureaucratic hurdles.- Social good: As the plan states, NYCT "provides the most environmentally responsible and economically equitable way to move millions of people each day." The "Accelerate Accessibility" section was co-created with input from accessibility advocates and people with disabilities.- Customer value: Transit and customer advocacy groups identified needs and validated key elements of the plan. The "Customer Service and Communication" section addresses how NYCT engages with customers during their trip and communicates service alerts.- Financial value: The plan's argument for increased investment in transit garnered widespread support by clearly outlining where, why, and how funding will be used. The "Agility and Accountability" section includes new policies and processes to ensure efficient use of funds. 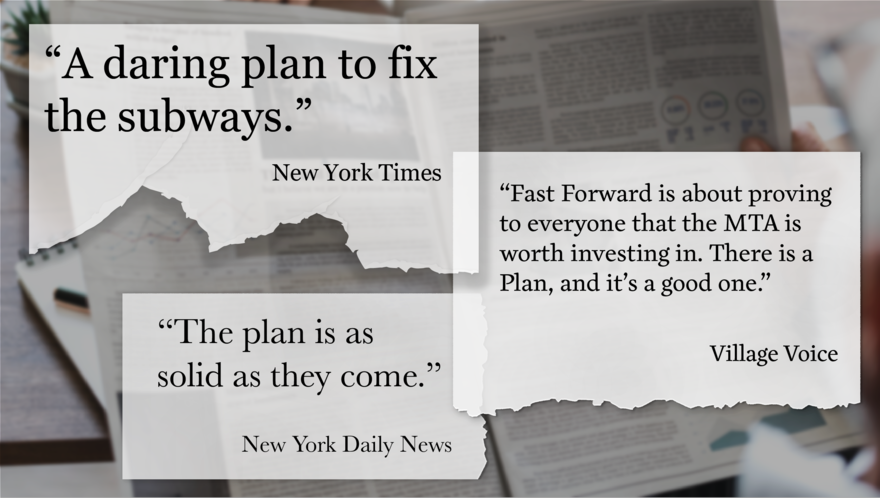 Fast Forward in the news 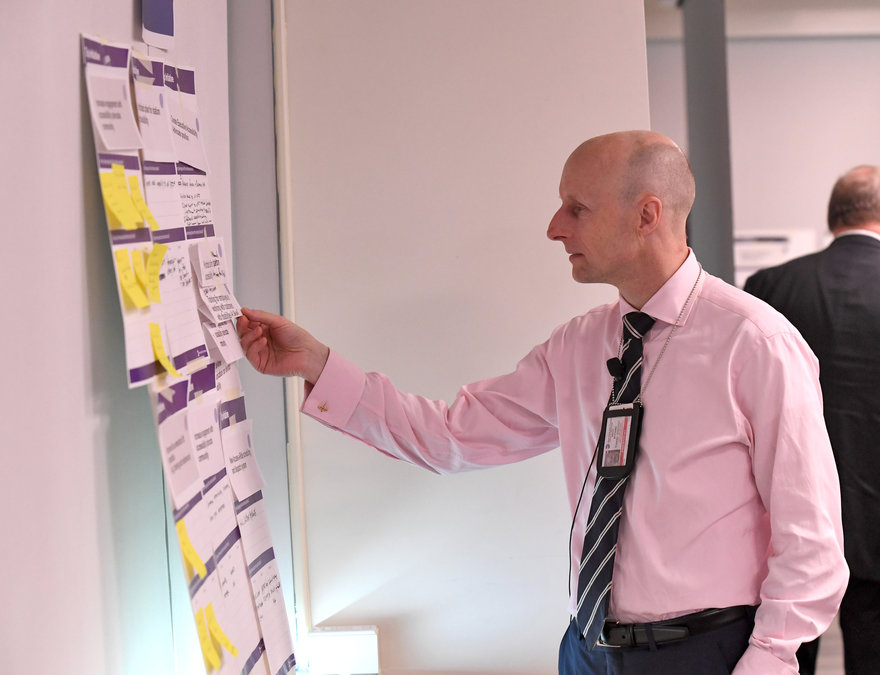 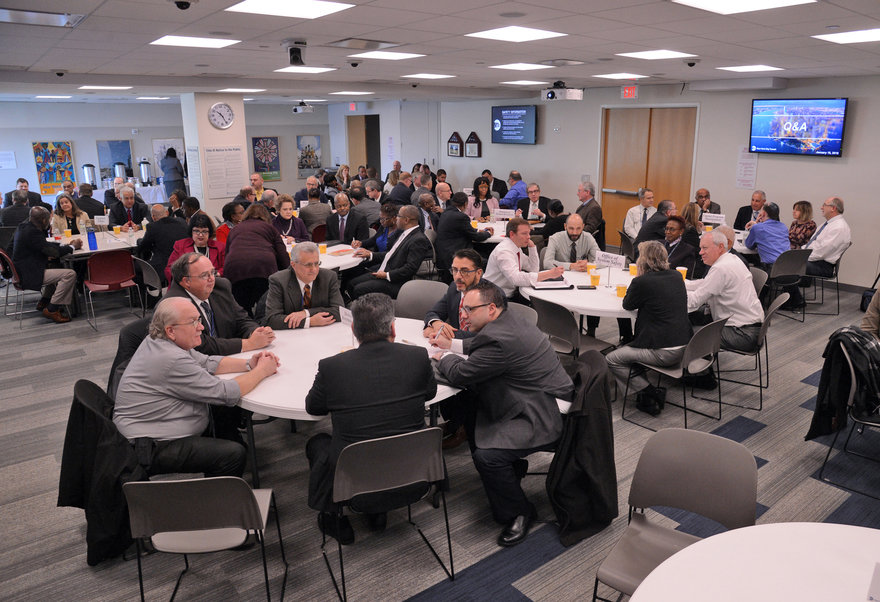 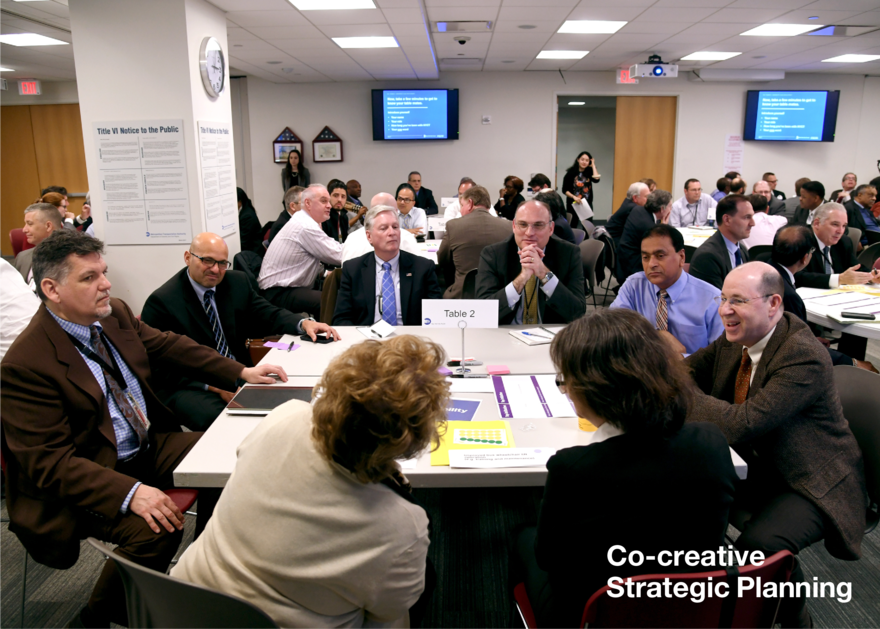 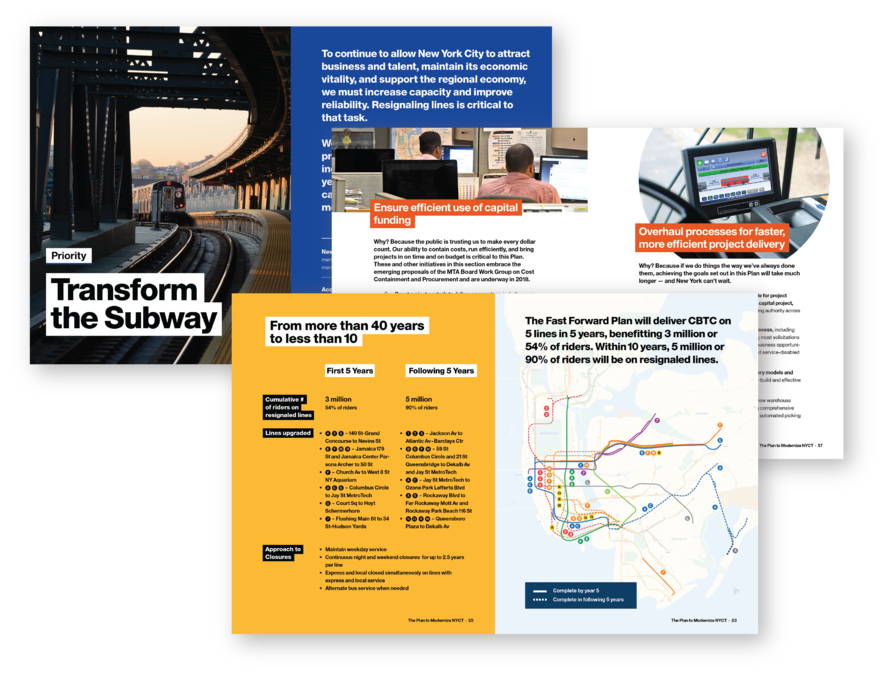 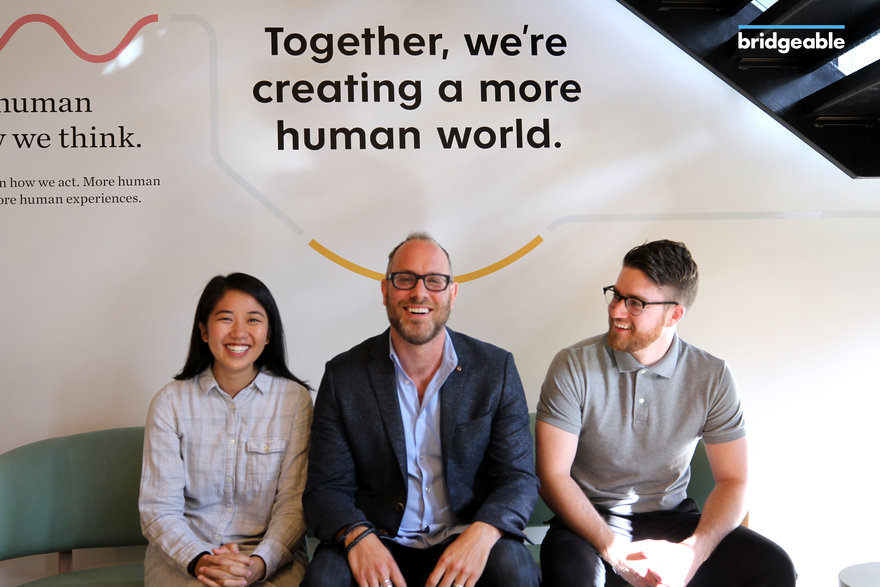 A state of emergency

With 24/7, 365-day service, 472 stations, and 50,000 employees, MTA New York City Transit (NYCT) is the largest transit system in North America. It operates a vast network of subways, buses, and paratransit.

Decades of under-investment in infrastructure, worsening gridlock, and relentless use have taken their toll on this complex system. A series of high-profile incidents through early 2017 exposed an accelerating decline in the system's condition and reliability, along with a plummeting reputation and increasing dissatisfaction among customers, media, and other stakeholders. In July 2017, New York Governor Andrew M. Cuomo declared transit in NYC to be in a state of emergency. To address these problems, NYCT knew it needed to make drastic changes. It was clear that large-scale transformation was urgently needed across the entire transit system.

NYCT partnered with Bridgeable to develop a comprehensive plan to turn around the transit system in New York City in a way that garnered the buy-in necessary to tackle problems affecting over 2.4 billion rides annually. The challenge was to create an ambitious, detailed plan to dramatically transform NYC's transit networks and deliver a fully modernized, state-of-the-art service to all riders for decades to come.

Gaining input from customers and employees

In sharp contrast to the top-down, internally focused strategic planning processes more typical of larger organizations, Bridgeable and NYCT applied a design sprint approach. Our objective was to develop a plan in just over six weeks through co-creative, cross-functional stakeholder engagement and rapid prototyping and iteration.

An open consultation process attracted input from over 4,000 NYCT employees, including more than 600 who participated live in an organization-wide Input Day and 3,600 others who contributed digitally. Employees who would not typically interact participated and shared their ideas, while senior leaders whose functions are frequently siloed worked together to prioritize initiatives.

To ensure the plan would be grounded in real customer needs, the team hosted facilitated sessions with key stakeholders that included multiple meetings with groups that are too often under-represented, including customers with visible and invisible disabilities, accessibility advocates, and labor representatives.

The plan was rapidly iterated at every step to ensure that it both directly addressed stakeholder needs and was executable by NYCT employees. The plan's structure was repeatedly reinvented, and the final version of the plan went through 29 distinct iterations in just over six weeks of development.

The resulting plan, Fast Forward: The Plan to Modernize New York City Transit, outlines a compelling, detailed vision for how to solve a big, complex public infrastructure challenge that affects 5 million riders every day. It delivers concrete plans to improve service with specific deliverables, time-bound commitments, and clear lines of accountability. And it includes a top-to-bottom transformation of NYCT as an organization, with overhauled policies and procedures that increase agility and accountability.

Fast Forward promises sweeping improvements, including a top-to-bottom modernization of an organization employing 50,000 people, resignaling most of the subway system within ten years, a redesigned bus network encompassing all five boroughs, radically accelerating the pace and scope of accessibility improvements, launching a new open-fare payment system in 2020, and introducing thousands of new subway cars. The plan clearly outlines the reasons funding is needed and how it will be used.

In the first 5 years:

Importantly, a foundational component of the plan is a set of policies and processes to ensure transparency and efficient use of capital funds. While the plan has not yet fully realized its financial value, it has garnered support across the political spectrum, including from Governor Cuomo.

According to transit research and advocacy group TransitCenter, the shorter wait times, faster trains, and greater reliability committed to in the Fast Forward plan promise to deliver massive savings to riders in time and money:

How much time will New Yorkers save from the subway signal improvements in the MTA's Fast Forward plan? According to our new analysis, a single commuter traveling from the Bronx, Queens, or Brooklyn to the Manhattan central business district stands to gain days of their own time back over the course of a year….

Someone taking the train from Jackson Heights to West 4th Street, for instance, would save 26 minutes a day, which adds up to 110 hours per year. For parents, that could mean saving nearly $2,000 in child care costs. That's enough time to make breakfast for your kids in the morning or read to them at night. It's time someone could spend walking her dog in the evening, or fitting in that SoulCycle class. And that's 110 hours you won't spend fretting about whether you'll be late because your train was delayed.

Heralding a new way of working

Because customers were given early input into the plan and were also invited to validate key elements of the plan later in the process, Fast Forward speaks directly to their needs, reflects their perspective, provides a clear vision for improvement, and engages them in delivery. The planning process heralded a new way of working for NYCT by modeling the agile approach the organization needs to embrace in order to deliver its bold plan. The new design-driven planning process was a tool for culture change in NYCT as well, representing a new and different way of working for the organization. Cross-functional collaboration, open communication, and rapid iteration created a process that reflects what employees believe needs to be done to modernize both the transit system and their own workplace.

The six-week sprint also showed the value of co-creating with employees and customer representatives. The "Engage & Empower Employees" section of the plan includes a range of ideas generated by employees, including those that reduce bureaucratic hurdles, while the "Accelerate Accessibility" section was co-created with input directly from accessibility advocates and people with visible and invisible disabilities. The resulting plan goes beyond lip service and lays the groundwork for success.

"Fast Forward is about . . . proving to everyone that the MTA is worth investing in, that any of the billions of dollars they might give to the transit agency from here on out won't be wasted. There is a plan, and it's a good one."

"As our fact sheets demonstrate, benefits for subway riders from funding Fast Forward are immense, and so is the cost of inaction in Albany. We can't spend another 40 years stuck with slow and unreliable subway service on a typical day, and paralyzing service meltdowns when things go wrong."

TransitCenter"What Fast Forward Means for New Yorkers—Less Time on the Train, More Time for Everything Else"

"This plan will be no mere tweak of what we currently do. It is a full-blown NYCT renaissance."

"Why has the New York City subway gone off the rails?," 60 Minutes

What Fast Forward Means for New Yorkers—Less Time on the Train, More Time for Everything Else," TransitCenter