New technology paradigms often collide with established behaviour norms. Autonomous Vehicles (AVs) are an emerging technology with many established and potential challenges. The fundamental technology utilized by AVs to see and understand the world currently have many issues with correctly detecting, identifying and reacting to the objects that occupy the road in specific environmental situations. Cyclists represent a unique challenge for AVs. Light, nimble, and fast - cyclists can be hard to detect by sensors and unpredictable for the onboard AI algorithms.

My research goal was to find a way to bridge the gap through the development of novel, passive or active interference / communication methods that would increase the visual identification of cyclist by AV sensors and AI. This solution will be most effective in situations where AV systems are least effective - at night, and poor weather. Concept validation was accomplished with thorough tests analogous to AV sensory systems, cameras and objects recognition algorithms. In addition, user interviews and ethnographic observations were conducted to provide insights into user needs and behaviours.

After extensive research and ideation, what resulted was the AV Cycling Jacket concept. A cycling jacket with seamlessly integrated 2D barcode patterns. This jacket supplements the detection of the user to autonomous vehicle camera sensors and object recognition algorithms through the use of a machine readable 2D barcode system made from retroreflective film. When visibility of the user is ambiguous / hindered by night-time or poor weather, the retroreflective barcode is still visible to AV cameras, allowing for accurate identification of the user. The jacket is covered in segmented barcodes that correspond to specific locations on the users body, allowing an AV to not only correctly identify the user, but to also correctly orientate the user in the environment. This feature also allows for the enhanced detection of the user's cycling hand signals by the AV.

The AV cycling jacket is a conceptual design made to highlight the issues surrounding the emerging technology of autonomous vehicles and offer a simple solution - by making the cyclists that share the road with AVs apart of the solution, and creating a safety redundancy cycling user have control over. 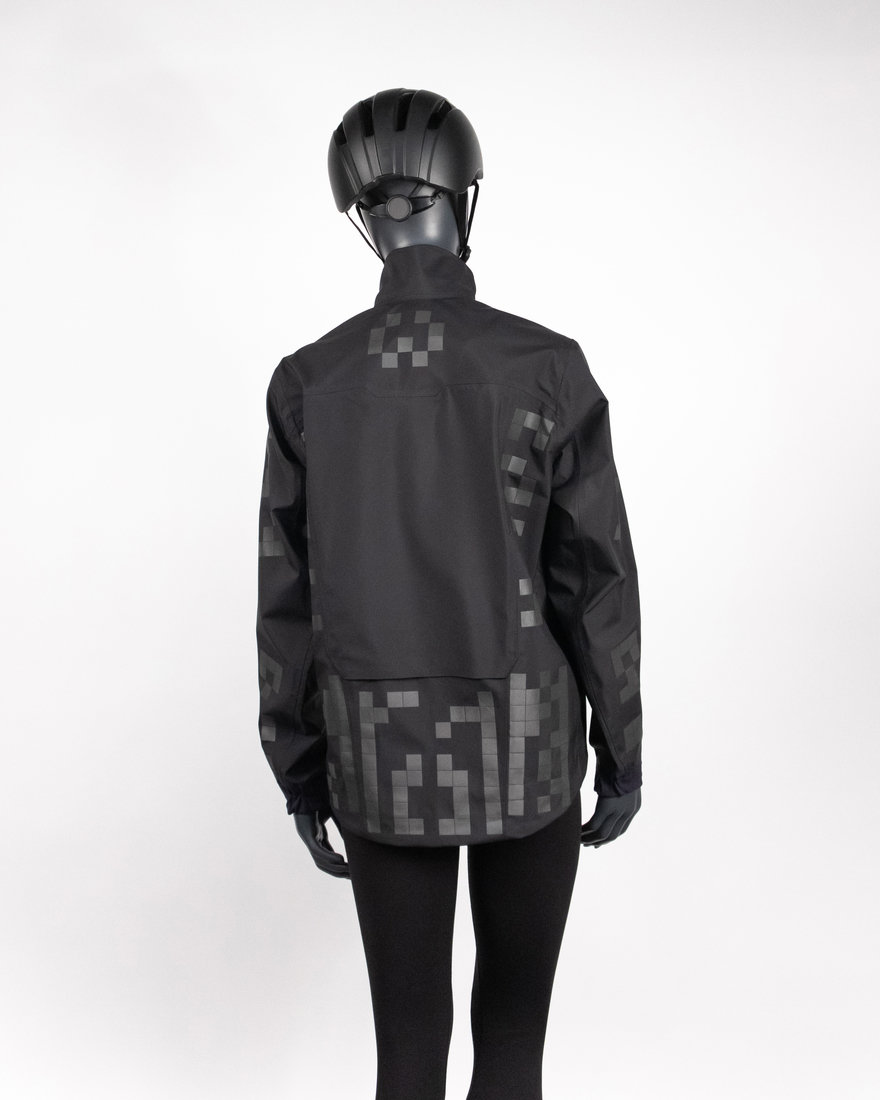 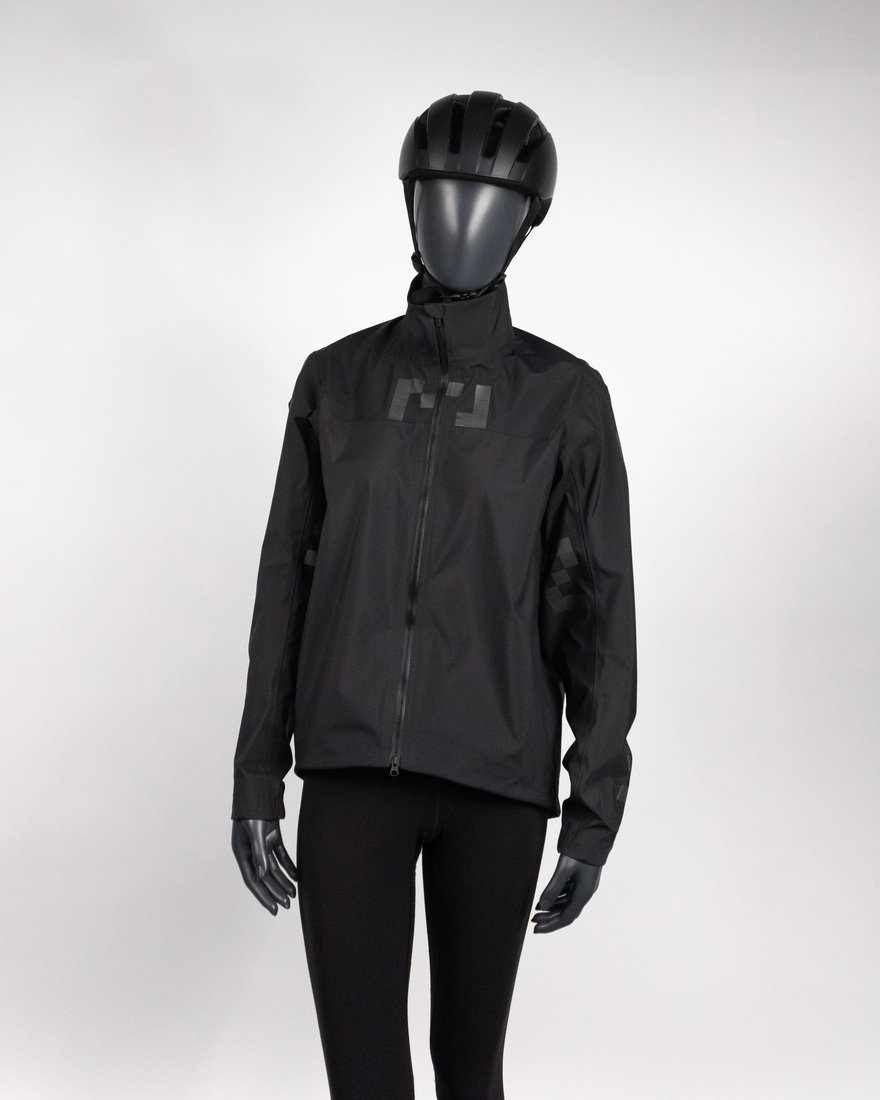 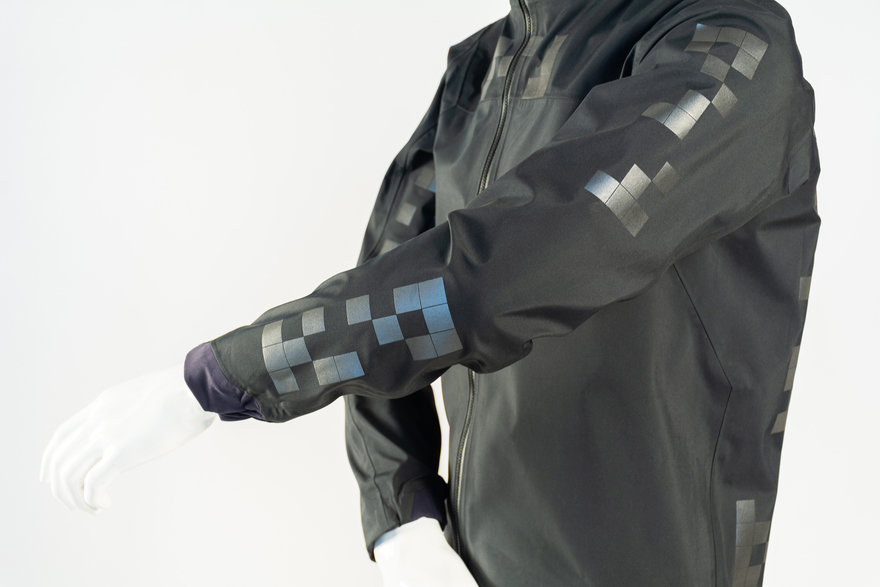 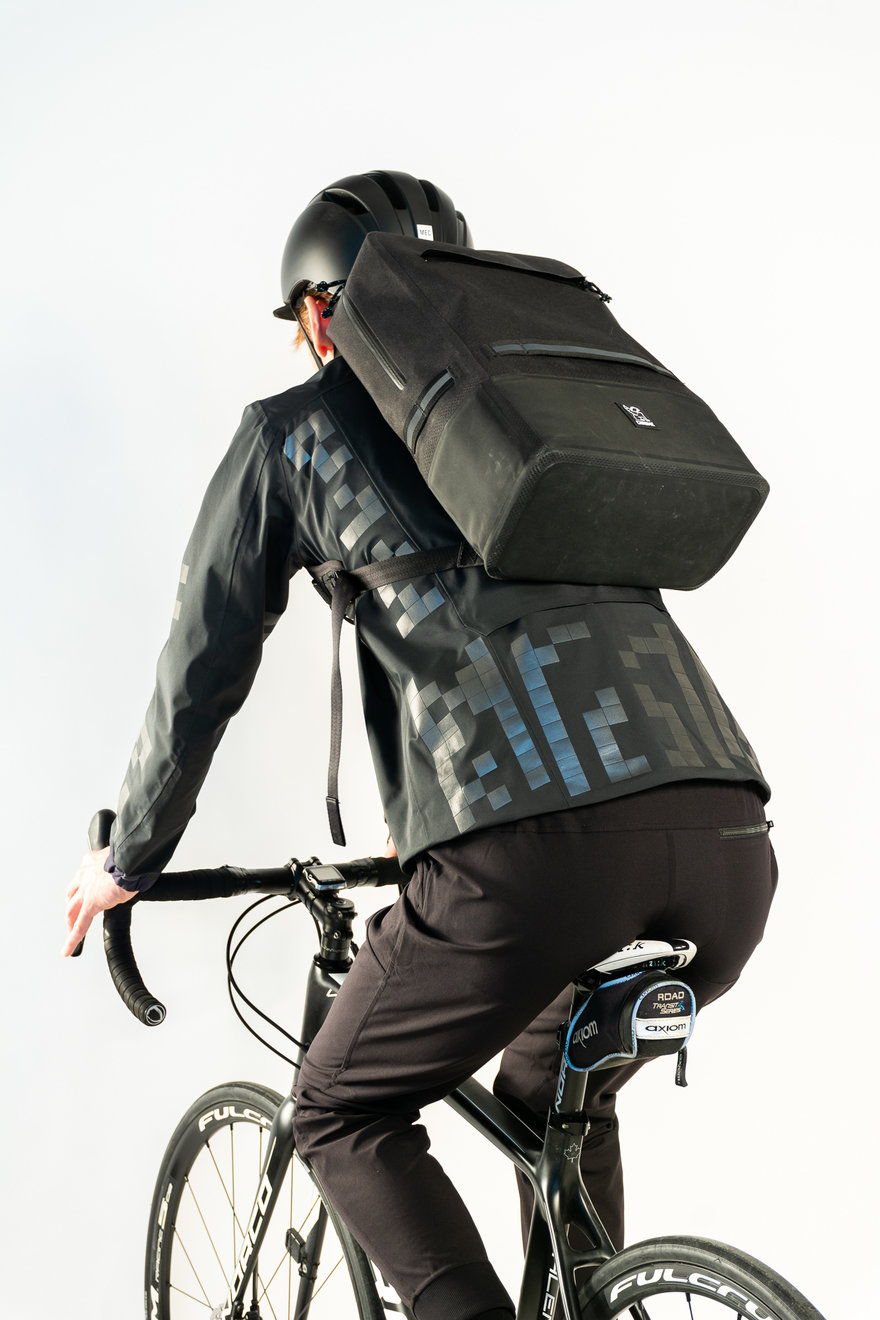 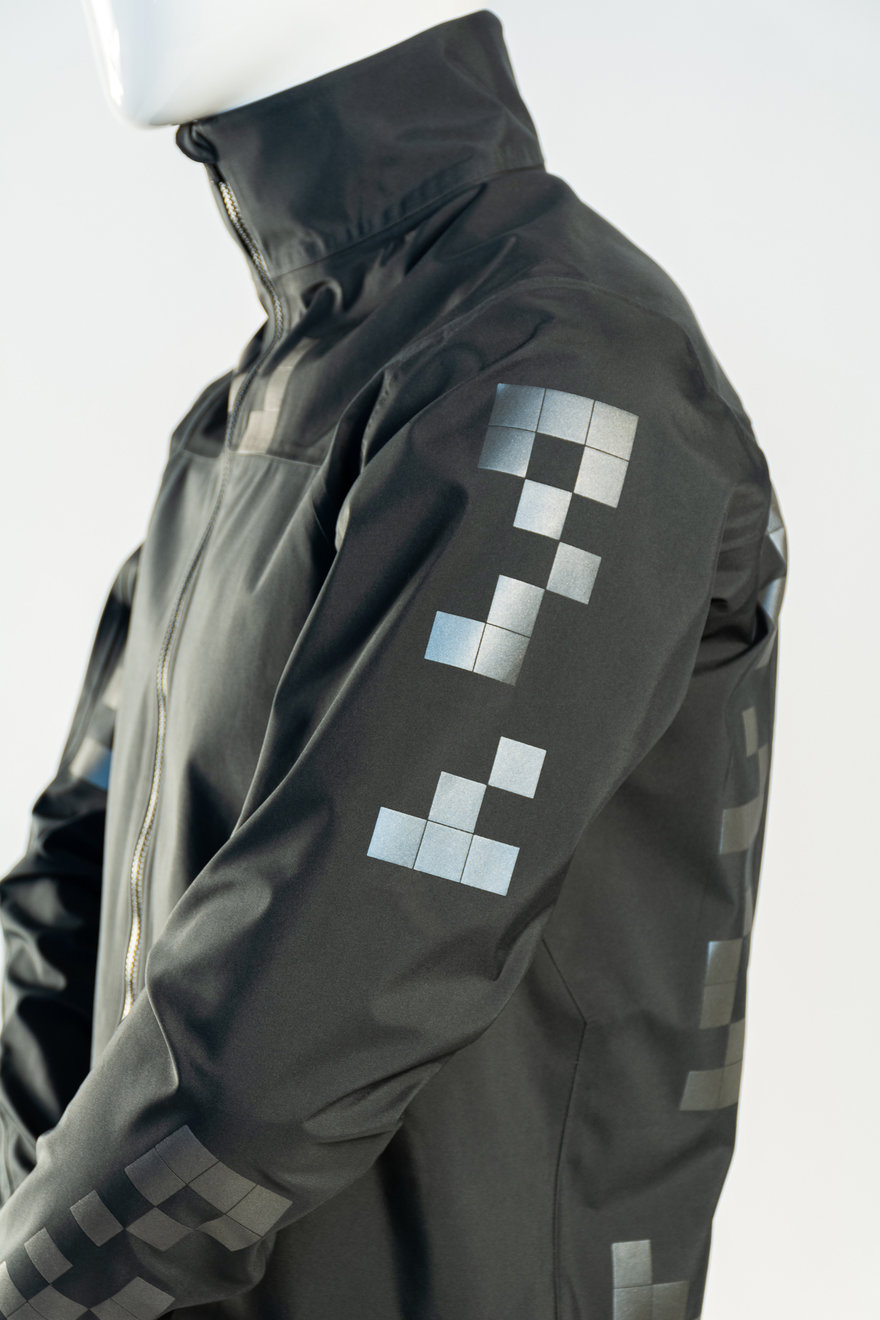 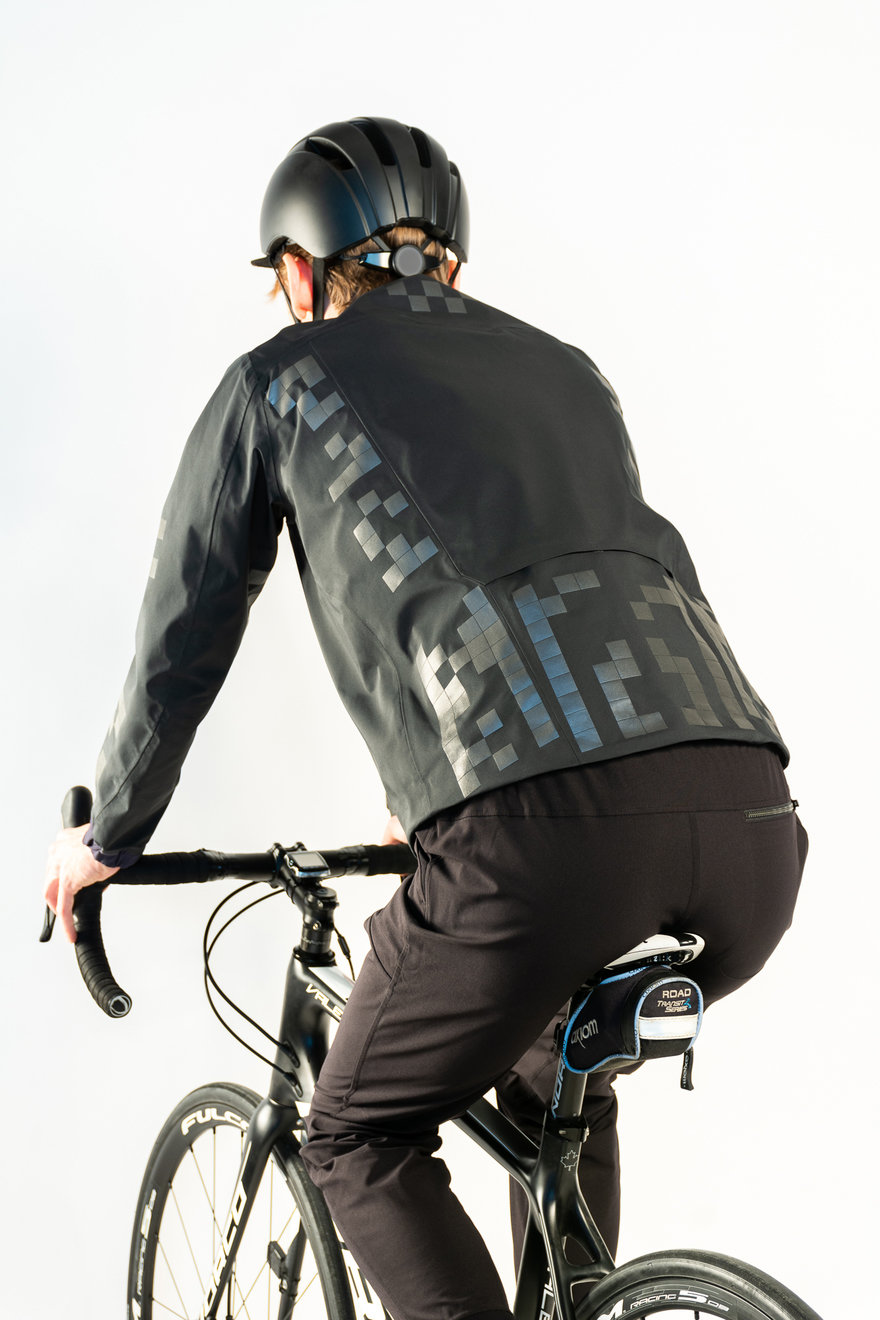 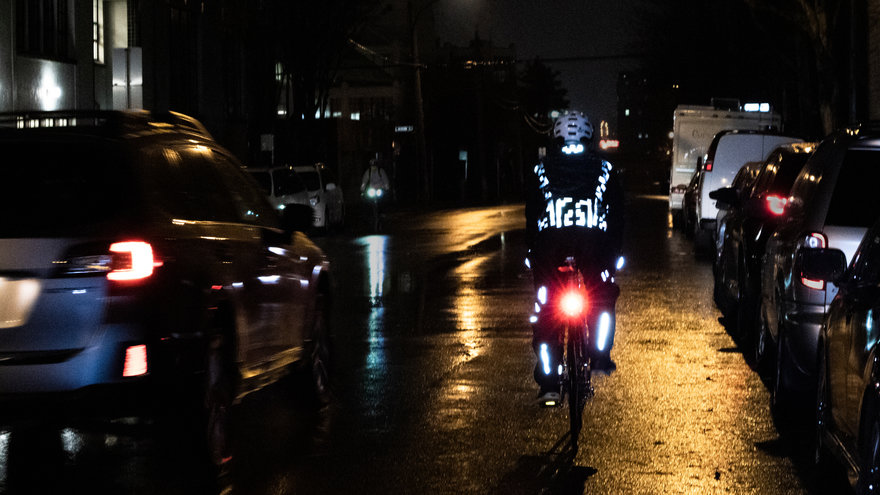 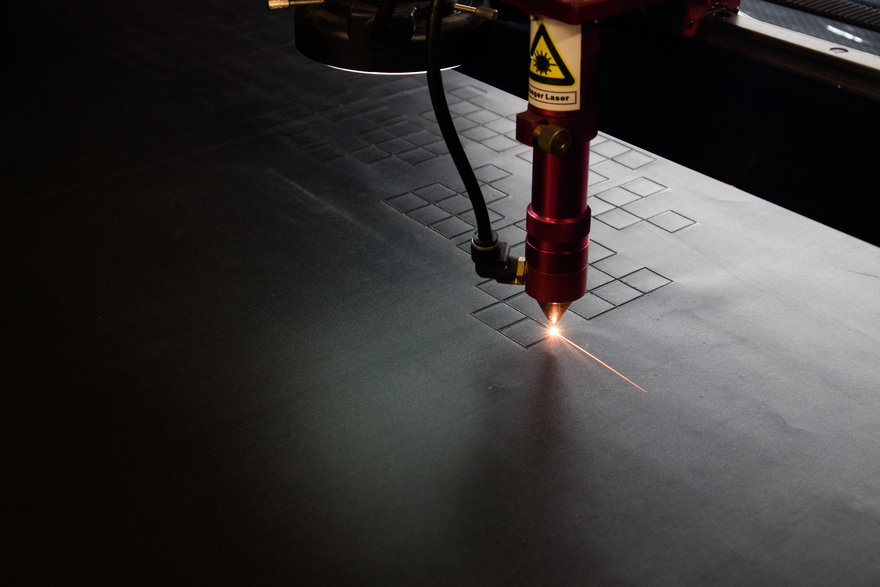 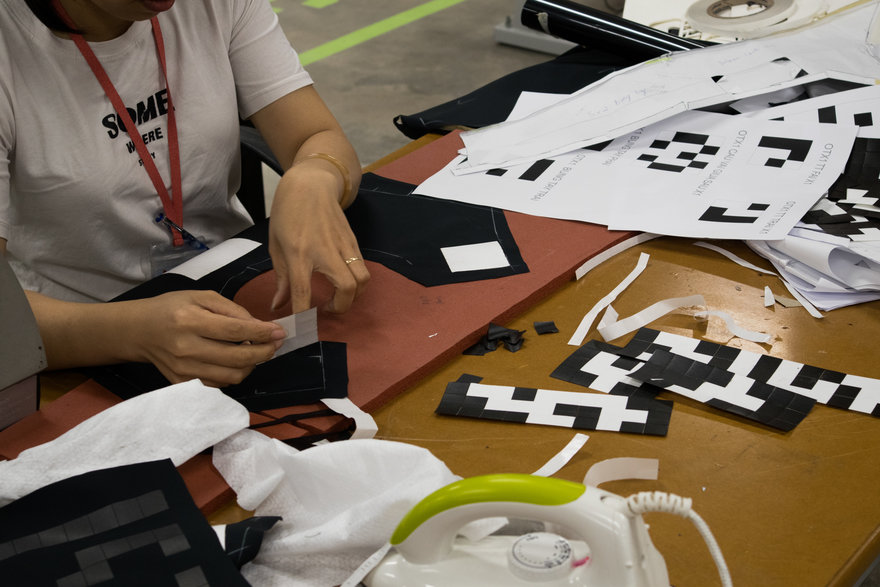 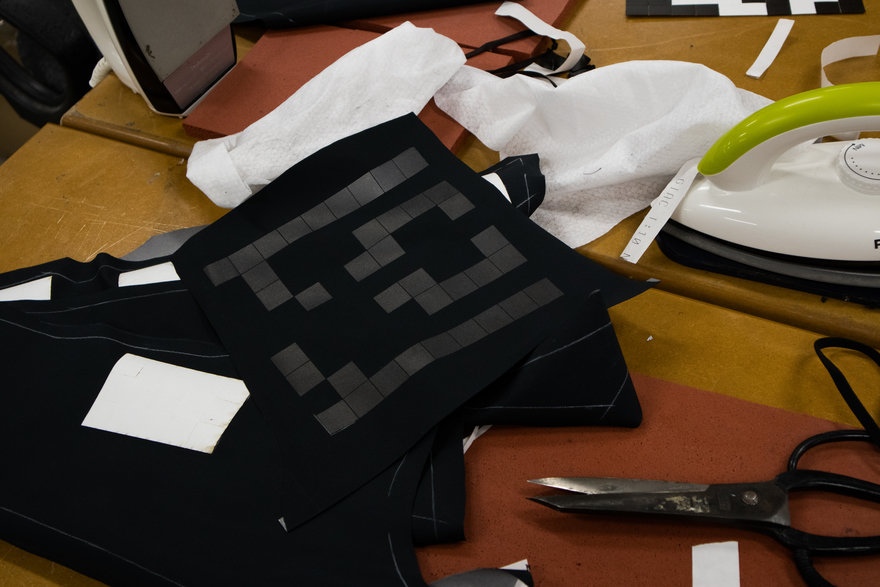 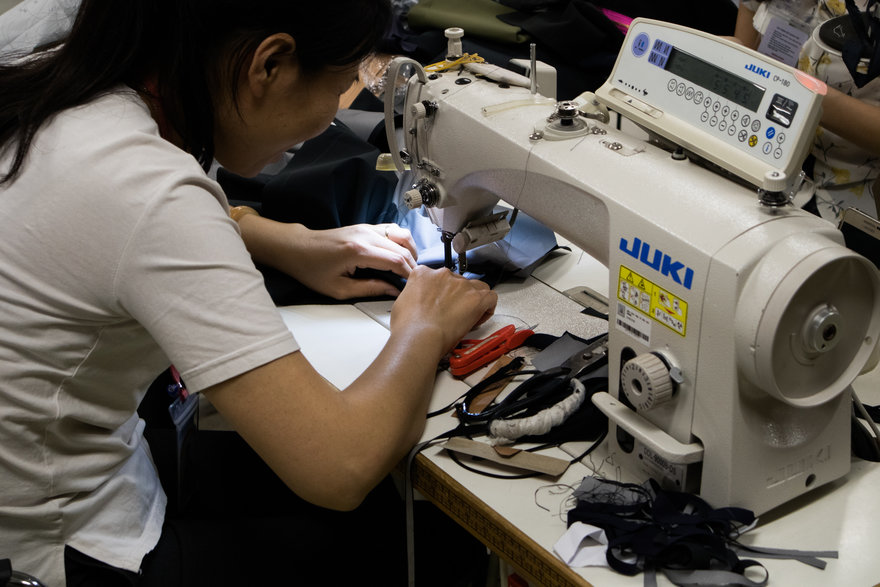 Autonomous Vehicles (AVs) are an emerging near future technology.The fundamental technology utilized by AVs to see and understand the world have challenges with correctly seeing, identifying and reacting to objects that occupy the road.

Cyclists represent a unique challenge for AV detection and response systems. Light, nimble, and fast - cyclists are hard to identify, and their movement is difficult to predict. This has potential for fatal accidents between AVs and cyclists. With an Uber AV colliding and killing a pedestrian last year, the threat that something with this technology might go wrong is very real.

How might we increase accurate detectability of cyclists by AVs as this emerging technology moves towards maturity?

The technical challenges that AVs have with detection of cyclists is a 2-part issue. One is the hindrance of the AV sensor array in specific environmental conditions such as night and harsh weather. AV Cameras are less effective in lowlight situations where objects in the environment lack enough illumination for proper detection. LiDAR laser signals can receive interference from snow, rain, and fog. These conditions increase the chances for misidentification of objects. (1) The second issue must due with the uncertainty of proper detection with the object detection AI technology AV's use. While effective most of the time, it is possible to be miss identified. This is known as a false positive/negative. This could potentially lead an AV to act in a way that is not take taking into consideration the true nature of the objects around it. (2) There are also cycling specific issues when it comes to detection by AVs. Due to the low mass, speed, and agility of a cyclist they can be difficult to detect or distinguish from other pedestrians. (3)

With these factors in mind, the technical problems that need to be solved are to increase the unique visual signature of a cyclist to make them more definable to AV object detect systems, and to improve and add redundant detectability when the sensors are inhibited by the environment.

Several ideas were brainstormed. The direction selected to move forward was based on feasibility and simplicity of the solution. That design solution is the utilization of machine readable 2D barcode technology allowing cyclist to passively communicate their identity to AVs without ambiguity. This would blend into the cyclist current behaviours with minimal intrusion. This 2D barcode will utilize retroreflective materials in order to overcome the issues AVs have with environmental hindrance on their sensors. With their cameras still able to pick up directly illuminated surfaces at night and in harsh weather.

A user survey of local commuter cyclists was conducted to gain insights and determine feasibility of the concept by gauging the general "trust" in autonomous technology and whether users would take extra precautions to ensure safety around AVs. 60% of respondents said they would take additional safety precautions with AVs if given the chance.

Ethnographic research was conducted to gain insights into the types of behaviours, items, and garments that commuter cyclists use when riding. I decided to apply the retroreflective 2D barcode concept to a cycling jacket as they are commonly worn and would provide an effective test bed. In order to do so, I created a mock cycling jacket with a checkered pattern on the exterior surface and observed the surface distortions that occurred during various cycling specific poses. Where opportunities for minimal surface distortions occur, A barcode was placed. One exception being a large portion of the back since many commuter cyclists were observed wearing backpacks.

This research culminated with the AV cycling Jacket.

The concept prototype was made in collaboration with Maxport Limited in Hanoi, Vietnam. The amazing R&D team at Maxport were able to take my patterns, technical drawings, mock-up, design intent and make it into the prototype that made my concept tangible. The jacket is constructed from a black 3-layer shell fabric for the main body to protect the user from environmental conditions, such as rain and snow. It also provides wind protection, which is important for cool to cold conditions.

The design of the barcode is an informed representation of what a functional 2D barcode might look like, and is constructed from 3M C790 Carbon Black retroreflective heat press film. Each individual code was laser cut into the film and heat pressed onto the corresponding pattern piece before final assembly of the garment. This material was selected for its high retroreflective properties, in addition, for its “black” colour appearance which I saw as more preferential over the standard grey retroreflective. This was an aesthetic choice designed to hide the barcodes as much as possible and make the overall appearance inconspicuous. This aesthetic choice was driven by the fact my ethnographic observations of cyclists show the majority of them wear black or other dark coloured garments. However, there is a very important functional reason for the black colour scheme, and that is for the retroreflective barcode to work properly, there needs to be visual contrast between the negative and positive pixels in the code. With the retroreflective pixels in the code being bright white when engaged by light, the opposing pixels need to be black or a colour/material that reflects as little light as possible, hence the black fabric base for the jacket.

With the individual codes being placed on specific parts of the jacket, the opportunity for added functionality of orienting the user within the environment relative to the AV is present. Each individual barcode not only contains data informing the AV that there is a cyclist, but data corresponding to the placement on the user. This would allow an AV to understand what part of the cyclist it is looking at and orientate them in the environment, and better calculate actions to take as it moves through the environment. In addition, this feature allows the barcodes to act as reference locations relative to each other, making it possible for the codes to act as visual enhancers for cyclist hand signals. As a user moves their arms from a standard riding positions to give a hand signal, the positions of the barcodes on the jacket will change their orientation on the cyclist and in space. These different barcode positions can enhance detectability of cyclist hand signal communication for AVs.

2D barcodes are commonly designed for flat surfaces, or uniform rigid geometric shapes. How can we make a functional 2D barcode that lives on a dynamic surface such as fabric rapped around the dynamic shape of the human body in active motion?

What can be done to have a garment be a better facilitator of 2D barcodes on its surface? What fabrics, materials, construction methods, patterning, and other process might lead to consistent and accurate readability of a 2D barcode on a garment?

Regarding design and aesthetics, how can the 2D barcode be better integrated into the overall appearance of the garment? Should it be a feature that is celebrated and made visible, or should it be seamless and subtle?

What happens when the 2D barcode garment is used outside of its intended context? Example: AV Cycling jacket worn by a dog walker? What are the potential consequences, and might the potential solutions be?

System – How might this concept be extended into a system of garments and accessories that will work in conjunction with each other to maximize a user’s effective safety? Might it be possible for the concept to be implemented on bikes and helmets?

Implementation – How do we get AV companies on board and support the development of the concept? This is important, since these companies would effectively be the gatekeepers to whether an AV will read the barcode or not.

Are there opportunities to engage other sensors and AV systems to increase effectiveness of the concept?