Mobili-T is a portable swallowing therapy system for individuals with swallowing disorders, with particular focus on head and neck cancer. Individuals with a swallowing impairment are often unable to consume a normal diet, which can lead to dependence on tube feeding. This alteration in eating can impact social interactions, and dismantle overall quality of life.

The Mobili-T system is composed of a wireless piece of hardware that is placed under the chin, and an app that provides real-time biofeedback on a mobile device. This is accomplished using sEMG (surface electromyography) to track muscle activity. Activity is then transmitted to the app via bluetooth. This gives patients the freedom to perform prescribed daily exercises at home while electronically updating clinicians regarding their progress.

Intensive swallowing therapy, particularly using sEMG, can improve oral intake, reduce aspiration of food into the lungs, and eliminate the need for a feeding tube. Access to therapy is currently limited due to several barriers ranging from low clinical capacity to expensive and impractical current technologies. Mobili-T reduces the current barriers to this therapy by providing a motivating, portable solution to individuals affected by a swallowing disorder.

The system is currently awaiting clinical trial to evaluate both clinical efficacy and patient adherence. Mobili-T is a collaboration between the University of Alberta and the Institute for Reconstructive Sciences in Medicine in Edmonton, Alberta, Canada, funded by the Alberta Cancer Foundation. This research and development is driven by the fact that approximately 20% of Canadians over 50 are living with a swallowing disorder - that's approximately 2.7 million people in Canada.

The Mobili-T team is multidisciplinary in nature - combining professionals from clinical, design, engineering, computing and business backgrounds, as well as significant student involvement. 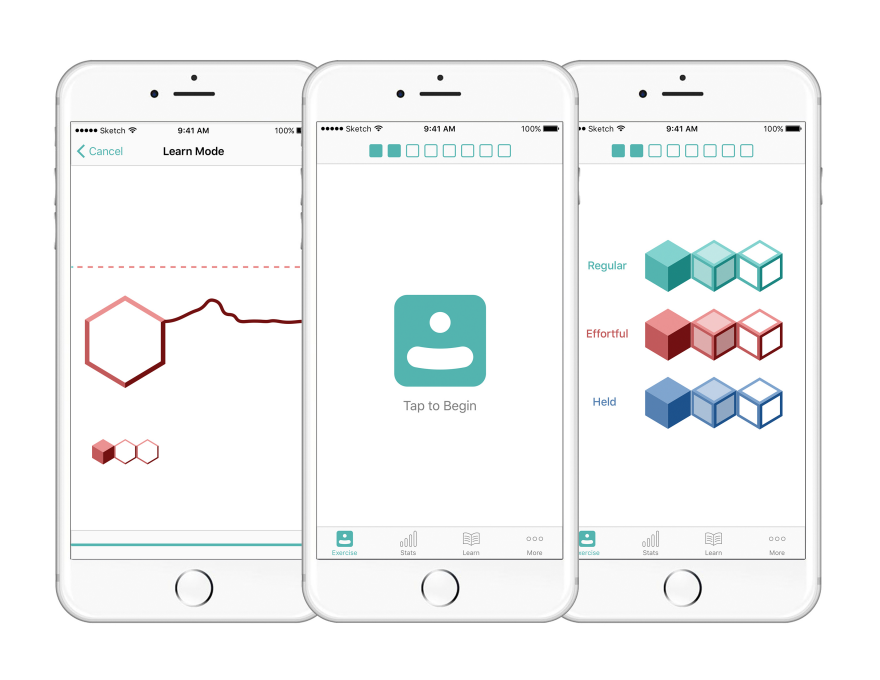 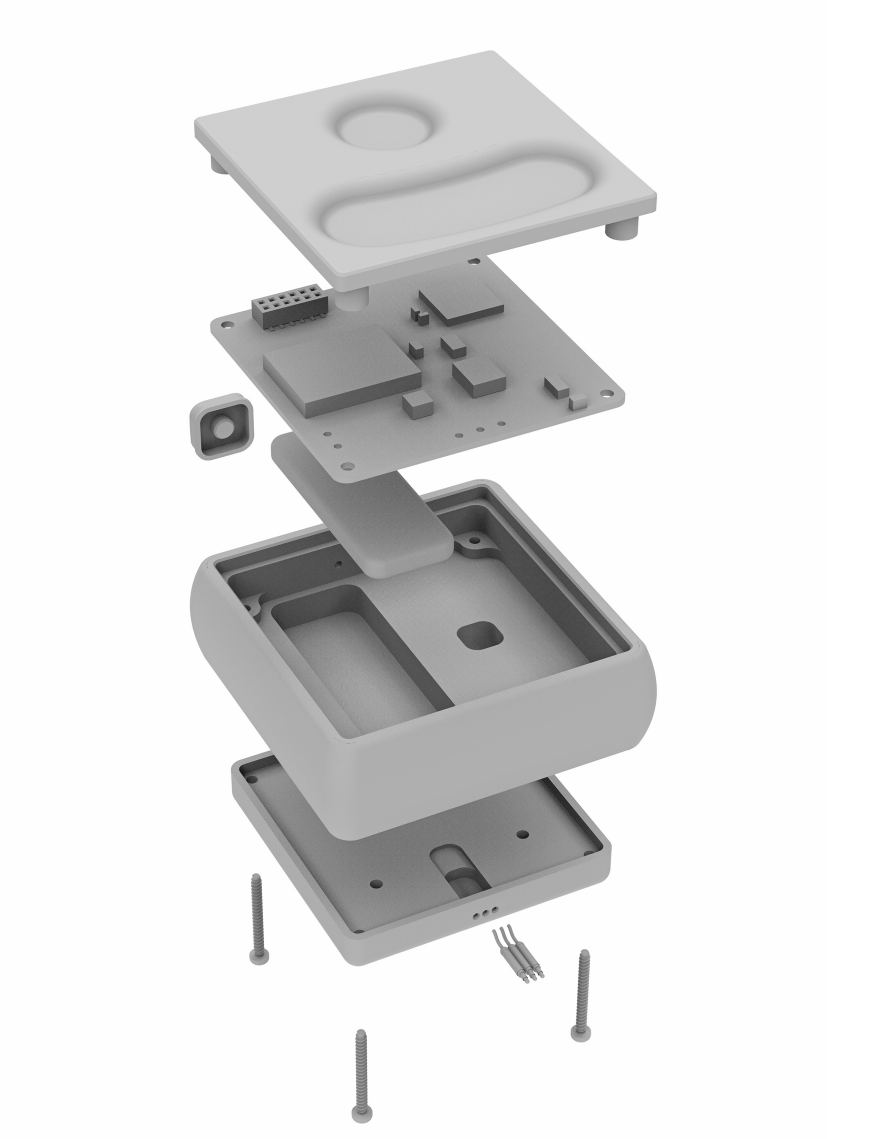 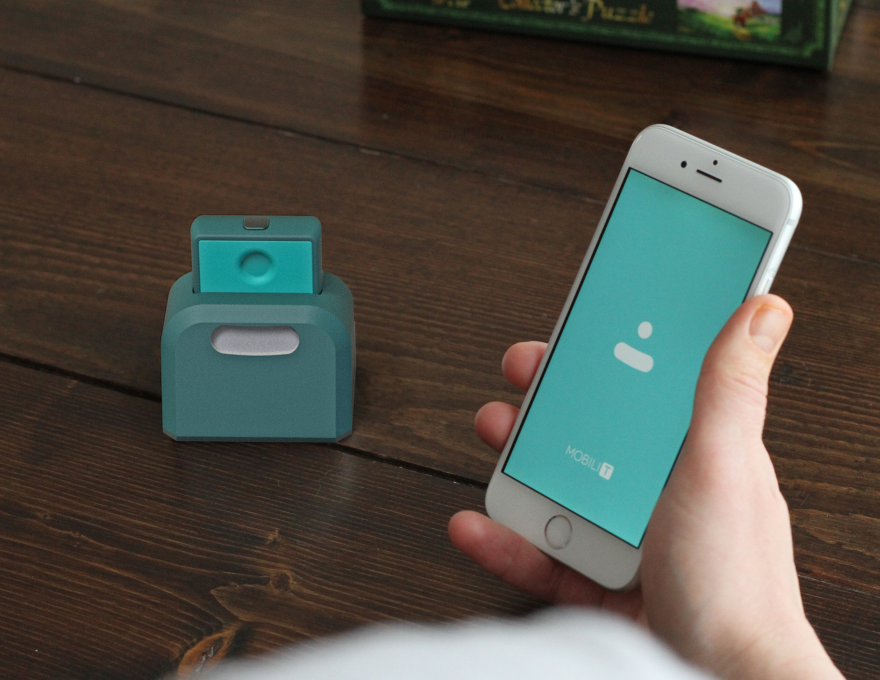 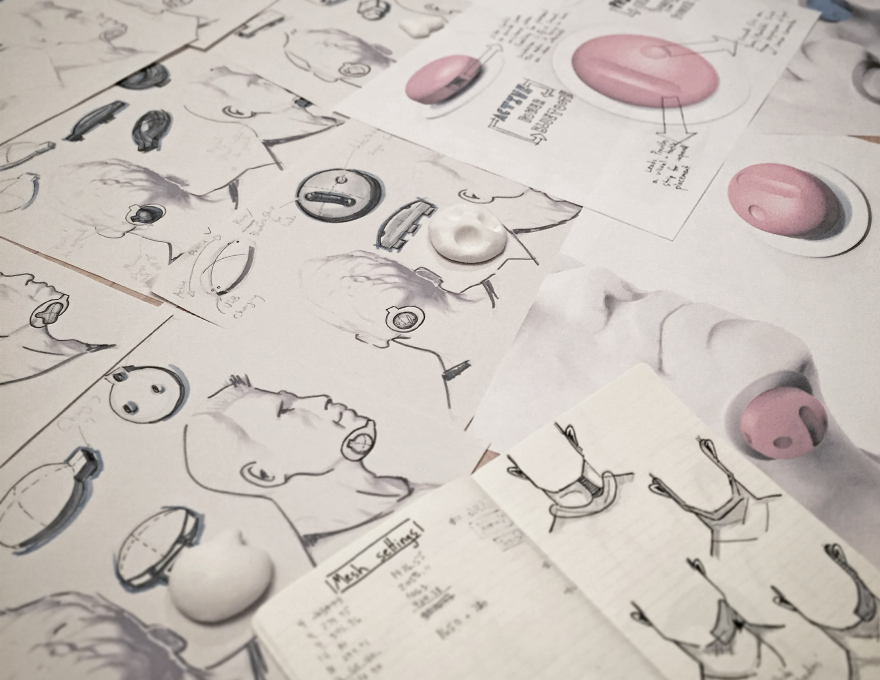 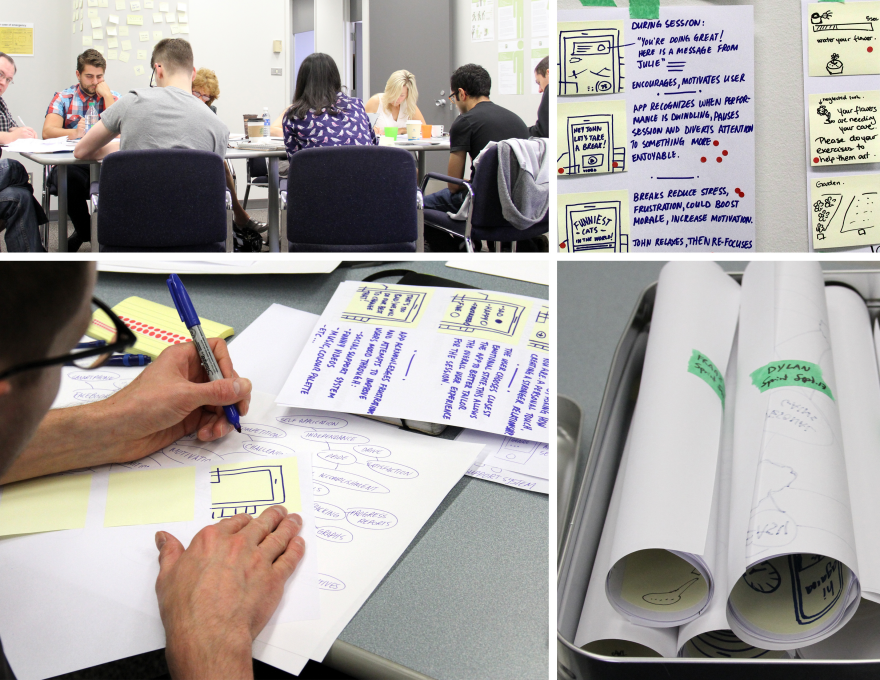 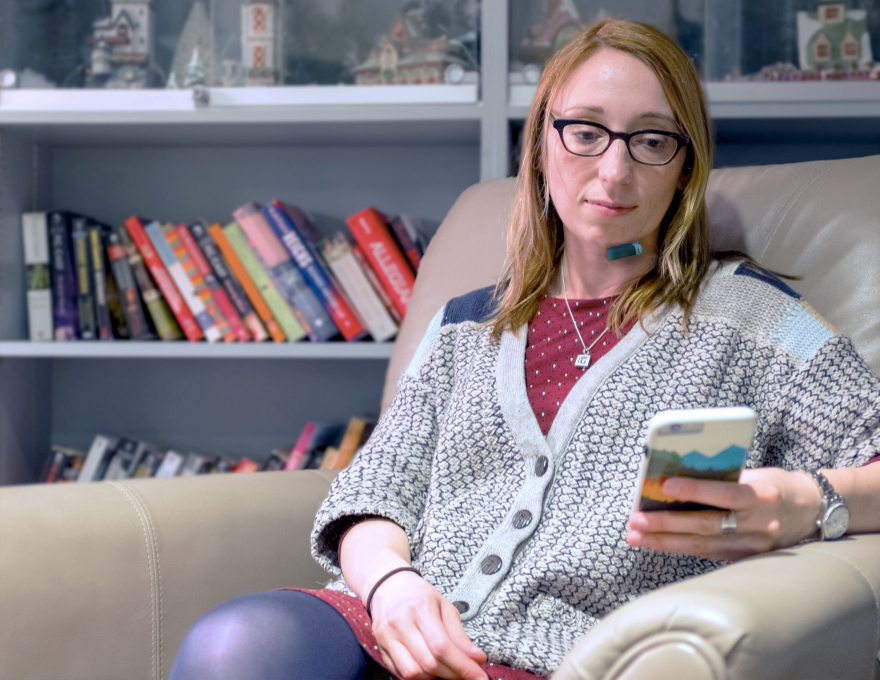 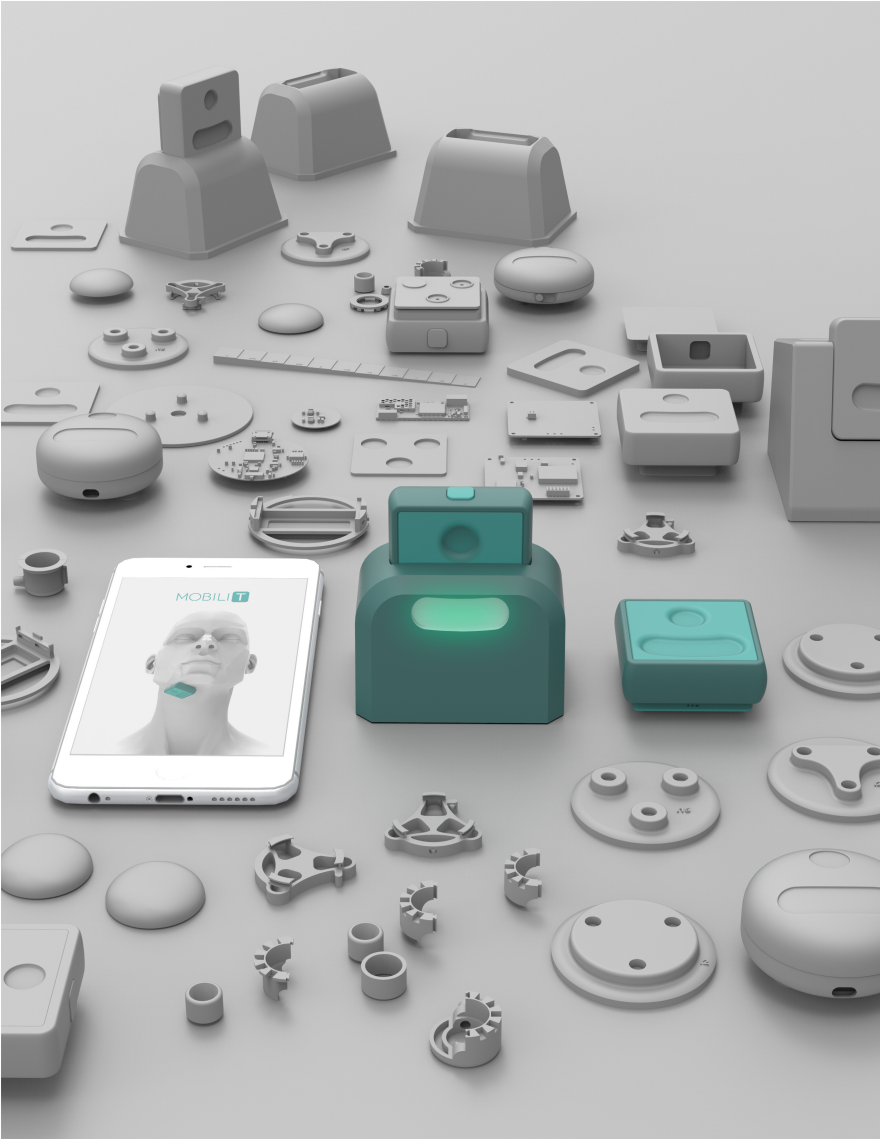 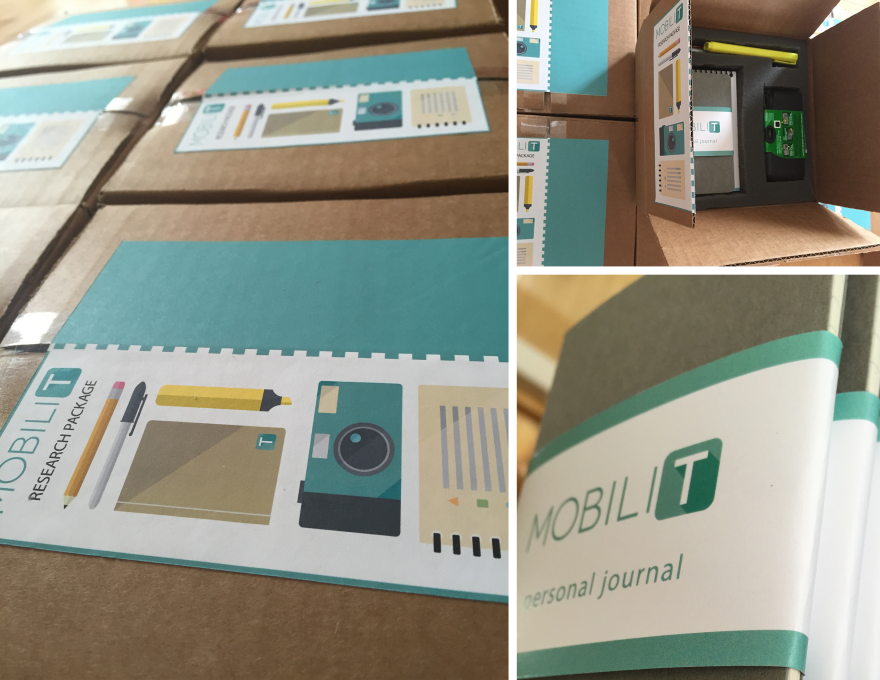 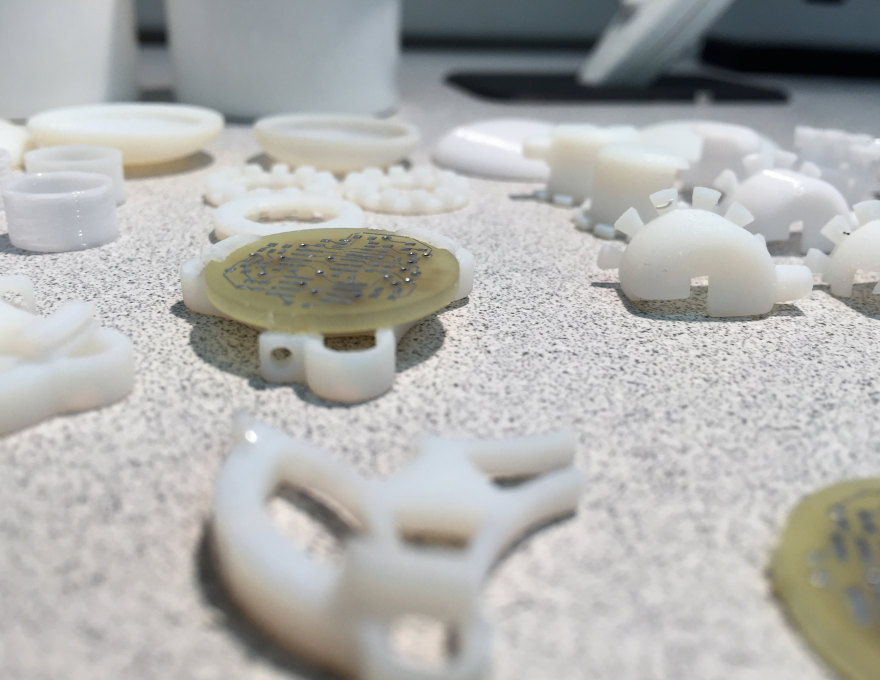 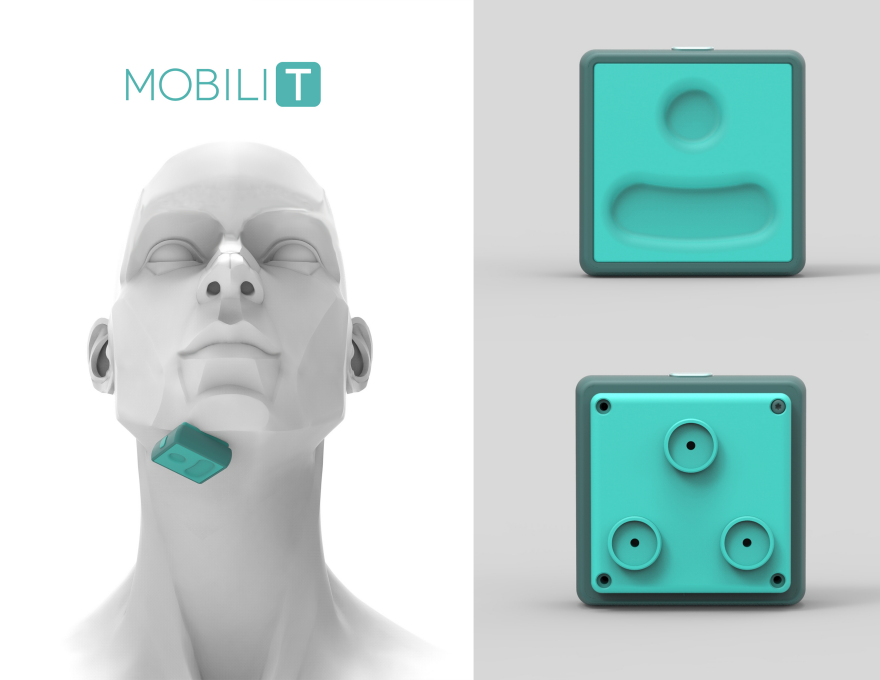 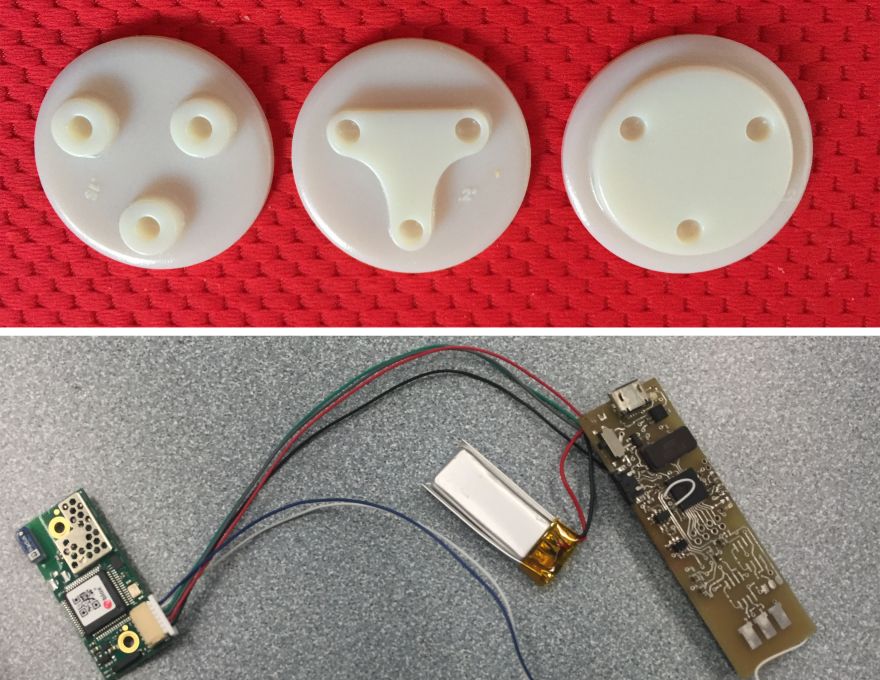 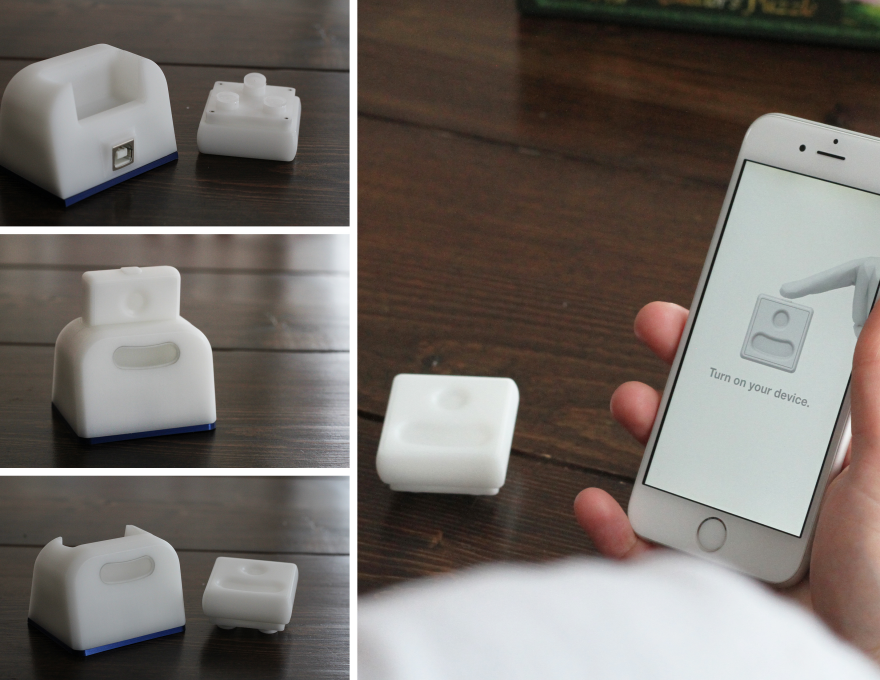 The Mobili-T project was formed around a seemingly simple question: How might we improve access to therapeutic swallowing treatment for Head and Neck Cancer (HNC) survivors? But as is the case with most "simple" questions, there are a great many underlying biases, assumptions, and interconnected questions -- What are the struggles of HNC patients/survivors? What is the current standard of treatment? What is that standard doing right? Where is the current standard missing the mark? Is it feasible to provide HNC patients/survivors with increased individual control over their therapy?

The Mobili-T team was created in an attempt to thoroughly understand these underlying questions and to, utilizing our interdisciplinary nature, develop an answer to our initial question.

Who are Head and Neck Cancer Patients

In the Canadian, and even more specifically in the Albertan context, the head and neck cancer population is made up primarily of men (73%) with an average age of ~58 years old. These statistics don't give us a well rounded understanding of who our population really is, what their needs are from a therapy standpoint, and what their daily lives look like. For answers to these more important questions we decided to carry out three patient focused activities: (1) Our team combined with HNC patients carried out a Design Sprint in the spirit of Google Ventures' design sprints, (2) We created Cultural Probe Kits, which were sent out to HNC patients, and (3) A combination of semi-structured and convergent interviews with HNC patients were performed. The design sprint was used to develop new and move past (through either validation of, or disproving of) initial assumptions; this activity was also used to develop a patient-focused research path forward. The cultural probes were utilized to gain an understanding of who our patients are and how they live their daily lives -- the findings of this work were published in the University of Alberta Health Sciences Journal with the title "Designing for patients: Using a cultural probe in the development of a mobile health device and application for swallowing therapy in head and neck cancer patients". The interviews were used as a means to gain insight into motivation for traditional exercise adherence, and to identify potential routes for biofeedback designs were they to be present in a mobile application based practice system -- the findings of this study were published in the Journal for Medical Internet Research: Rehabilitation and Assistive Technologies with the title "Designing a mobile health application for patients with dysphagia following head and neck cancer".

What is the Current Standard of Treatment

In the field of swallowing therapy for HNC patients/survivors the current gold standard from an exercise and biofeedback standpoint in a clinical setting is Surface Electromyography (sEMG); this technology takes advantage of the availability of a bio-electric signal present at the level of the skin during muscular activity (contraction). This signal has the potential to be used both as biofeedback for the person doing the exercise as well as by a trained professional to determine if a particular exercise is being completed and potentially completed correctly. In the HNC field sEMG, in its gold standard form, is approximately the size of a common household fridge. It is not highly portable, requires an expert clinician to run and interpret the data, and is extremely costly. Setup for patient exercise sessions is non-trivial and involves proper placement of the wired sEMG electrodes to the underside of a patient's jaw. These electrodes are ambiguous in their clinical form making it difficult for even trained professionals to place properly. The wired form factor also increases the risk of both accidental pull-out due to entanglement and electrical noise corrupting the signal due to cable movement.

With these noted shortcomings, sEMG in its current clinical form does give the clinician an idea as to whether or not the patient is actively engaging during swallowing exercises. It also has the potential to be used by patients as biofeedback during their clinical visits.

While sEMG is indeed the gold standard in HNC swallowing therapy, it is certainly not the only technique or technology used or potentially useful. Other techniques may include those such as simple tactile feedback (utilizing one's own hand to sense swallowing exercise completion), and needle based percutaneous EMG. However, one of the most interesting techniques for monitoring muscle activity and one which is relatively new in the swallowing field is that of Mechanomyography (MMG). MMG measures, via skin mounted sensors, the slight mechanical vibration of muscles during a contracted state; this works similarly to sEMG but is measuring mechanical signals rather than sEMG's electric ones, and thus is not nearly as susceptible to electrical noise based signal corruption nor is it so placement dependent. In a study carried out by our team, whereby sEMG and MMG were compared on the basis of Signal to Noise Ratio (SNR), we discovered that for people suffering from swallowing disorders in the HNC population, MMG has poorer performance than traditional sEMG. The full details of this study were published in the journal Dysphagia (2016) under the title "Electromyography and Mechanomyography Signals During Swallowing in Healthy Adults and Head and Neck Cancer Survivors".

While the current gold standard's physical footprint and cost are certainly pitfalls from a design and engineering perspective, they are not uncommon in the medical field; cost, ease-of-use, and overall form factor are often overlooked. The Mobili-T team, guided by our research findings, decided that the potential opportunities for intervention lie in the non-clinical therapy hours. The current standard of treatment involves the patient carrying out prescribed exercises utilizing a tactile approach to give some measure of feedback (index and middle finger are used to "feel" the exercise). This method is highly subjective, utilizing a patient's own judgement of both hand placement (this can be difficult given many HNC patients/survivors have undergone drastic surgery), and sensation to gauge effort and correct exercise performance.

What if a system were to be designed such that the clinical gold standard, sEMG biofeedback, could be brought into the patient's own home and be utilized to provide meaningful and real-time feedback, long term goal setting, tracking and remote patient monitoring?

Based on our patient-centric research we understood that our solution would have to satisfy the following patient/clinician described key characteristics:

-Be mechanically simple to operate and safe to use

-Easy to place and unambiguous

-Biofeedback should be simple to understand

-Should not appear as a though it was another "medical" device

-Wireless and application driven, but simple to use from an interaction perspective

-Maintain a connection to the clinical professional

Our solution is the Mobili-T system. Mobili-T consists of bluetooth enabled wireless hardware paired with an iOS application that provides patients with clinical quality biofeedback within their own home (or wherever they choose). The hardware was designed such that handling of and precise placement of the device is simple; this is accomplished not only via the overall shape and size but due to the addition of electrode + surface feature mapping, whereby indentations on the surface of the hardware are directly mapped to the electrodes on the underside of the device. This one-to-one mapping allows for proprioceptive based alignment during placement on the underside of the chin. The iOS application takes into account the need for visual biofeedback without any distracting masking, and gives users control over and responsibility for their exercise routines. It accomplishes this through simple yet considered visual elements that provide meaningful and easily understood access to one's own data -- daily, weekly, and monthly data tracking is available. The Mobili-T colour scheme, both in-app and hardware indication, was chosen based on North American perceptions of colour and understanding of preexisting colour based signaling systems (traffic lights, etc.) so as to aid in the initial uptake phase of the device. Patient prescriptions and progress can be remotely monitored and adjusted by their prescribing clinical professional, meaning a patient is never left "out in the wild" - support is always available.

The Mobili-T system was designed with the intention of fulfilling all of the medical mandates without appearing to be a medical device -- it is instead hoped that Mobili-T is something a patient is comfortable using and happy displaying in their home.