Song Chinese cuisine restaurant is a brand based on Chinese Song Dynasty culture. The audiences who are high-income people.The tea are chosen for the high mountains tea. There are three concentration from light to strong made by artificial charcoal baked. This concept requires the creation of three different independent designs. When combined the images are connected to each other. and need the design to delivery the concept of the high mountains and the charcoal baked progress artistically. Thus, the three colors of packaging is design to better differentiate the concentrations of each. The burned mark design is scan from the real firing mark, then emboss by laser engraving which presents the layer upon layer of mountains. The burned mark is greatly reflects the texture of the Chinese ink painting, and well expresses the kind of the charcoal baked teas. Last, the three colors of packaging are place in a gift box, when it opens, it shows an abstract paintings of the flying cranes, high mountains, and the moon nights. 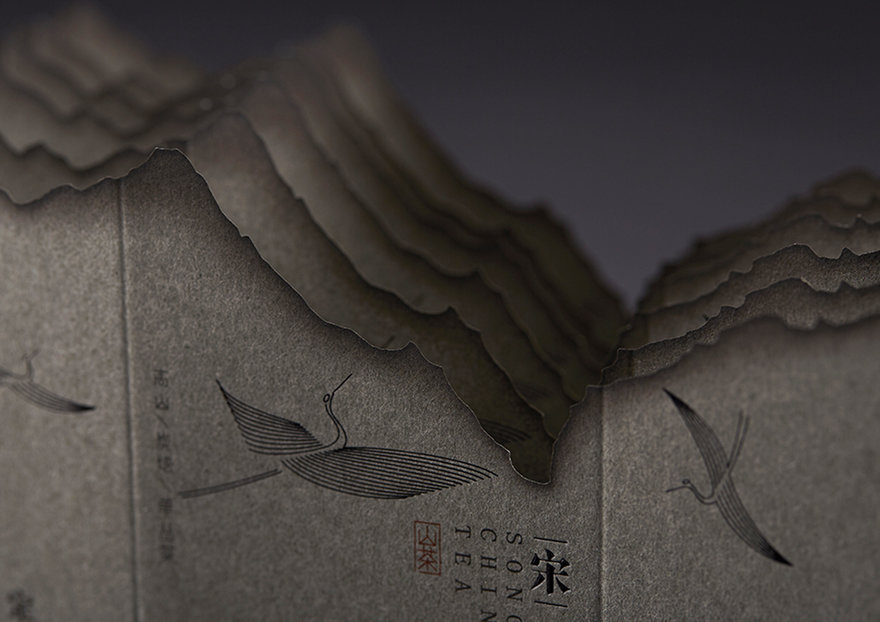 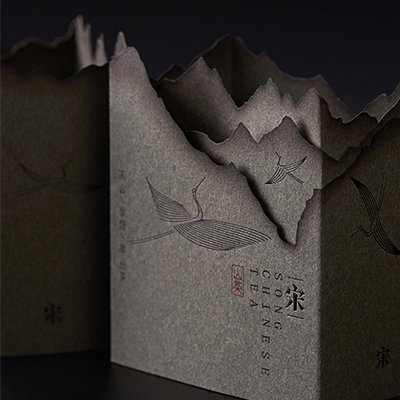 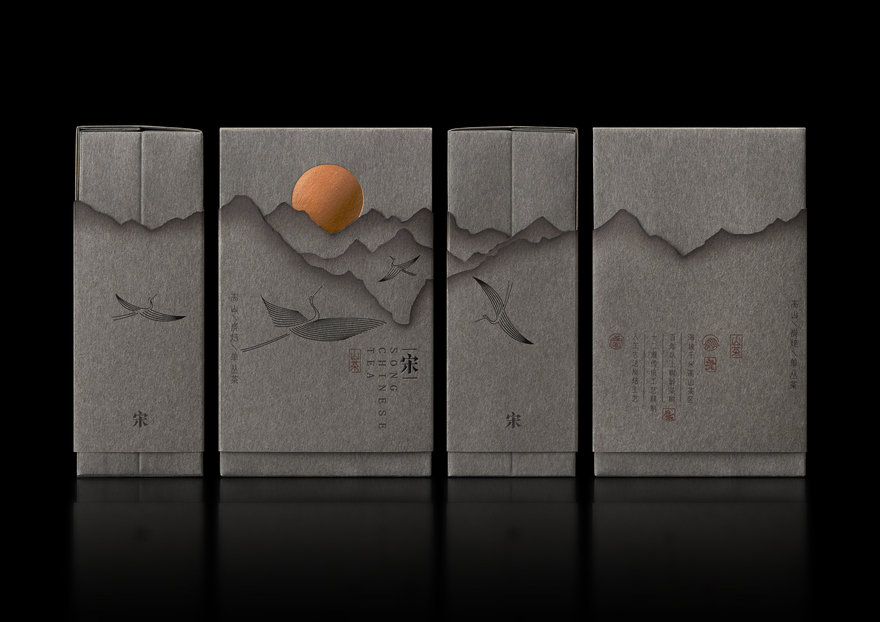 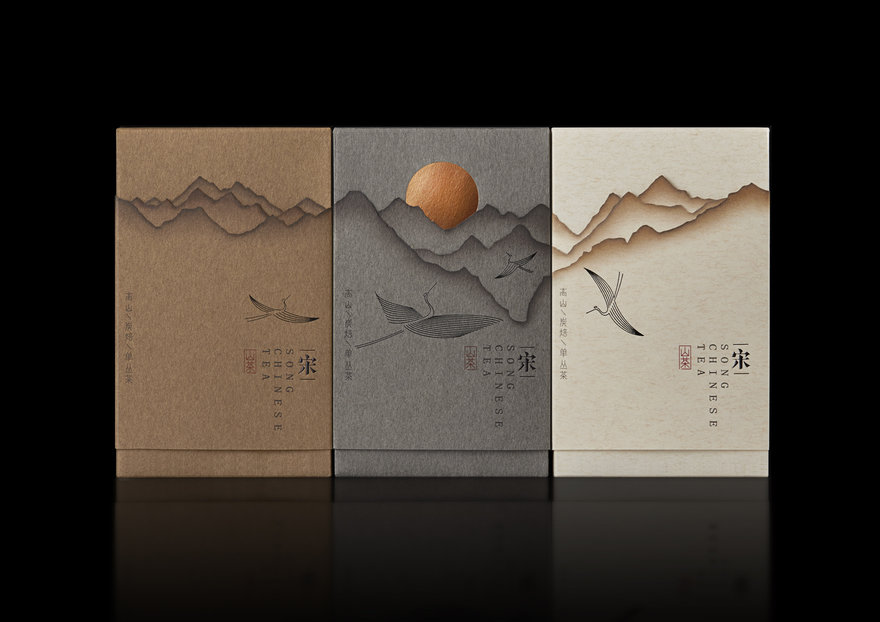 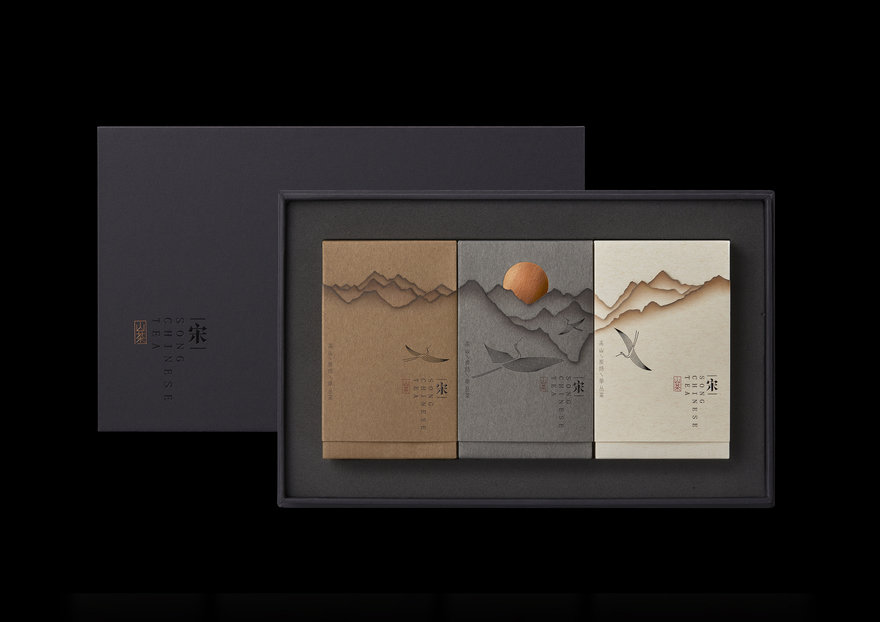 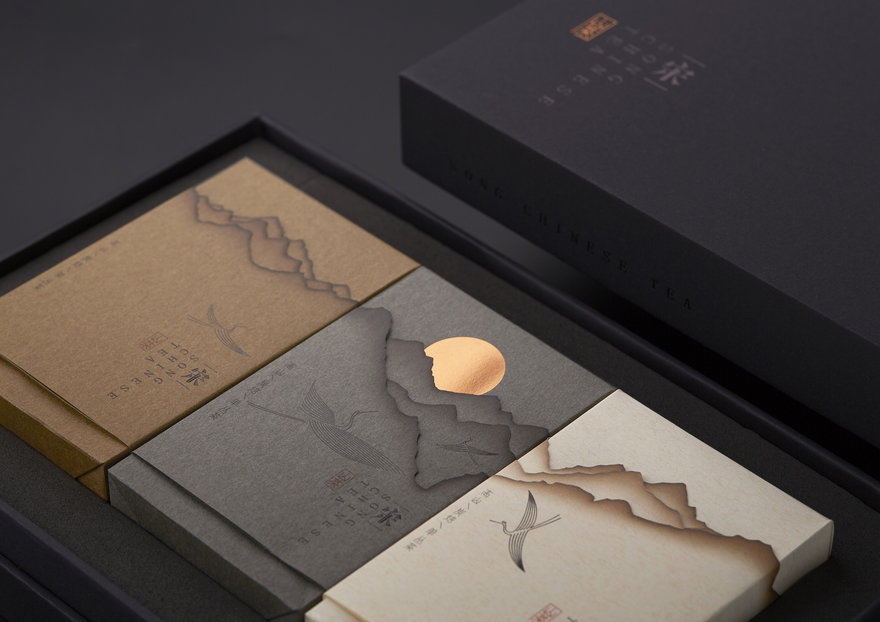 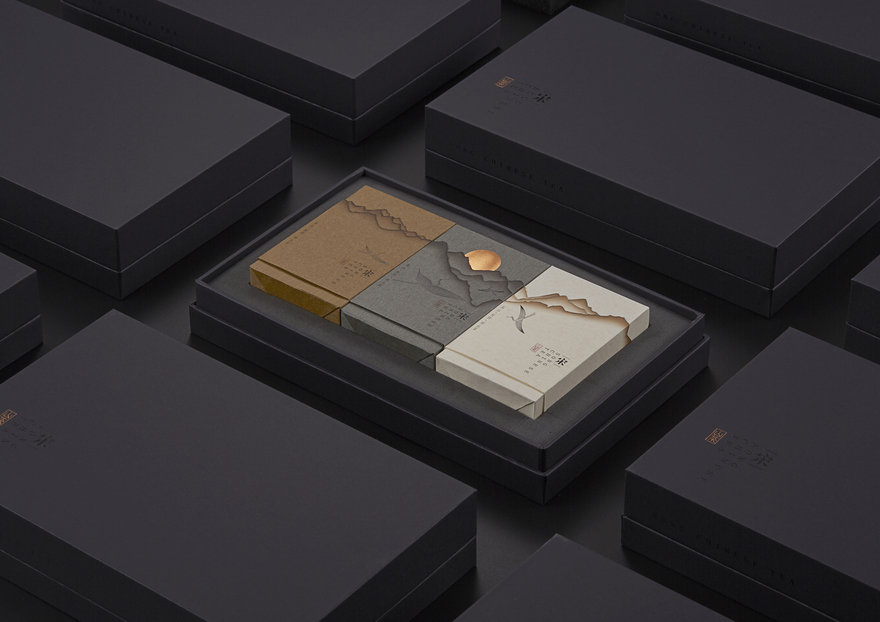 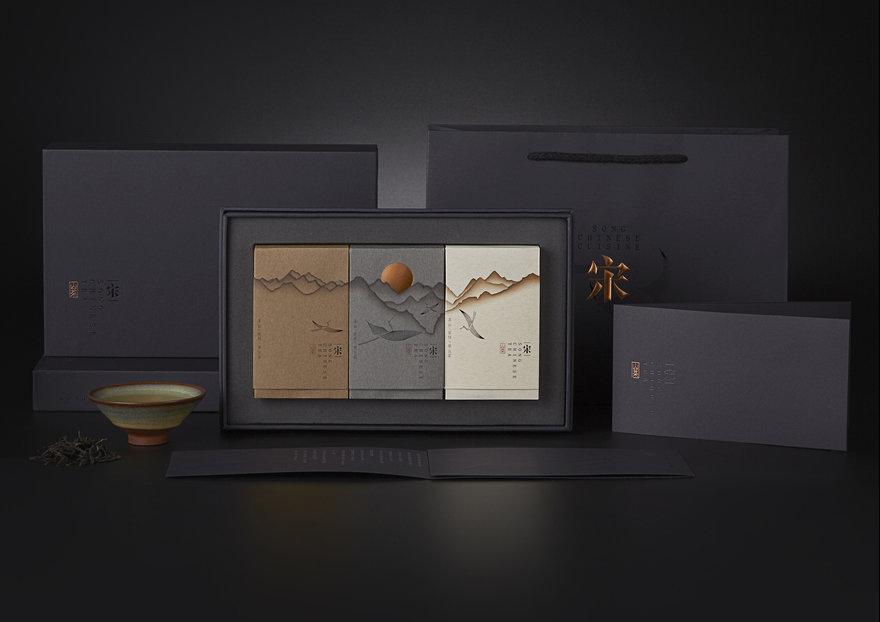 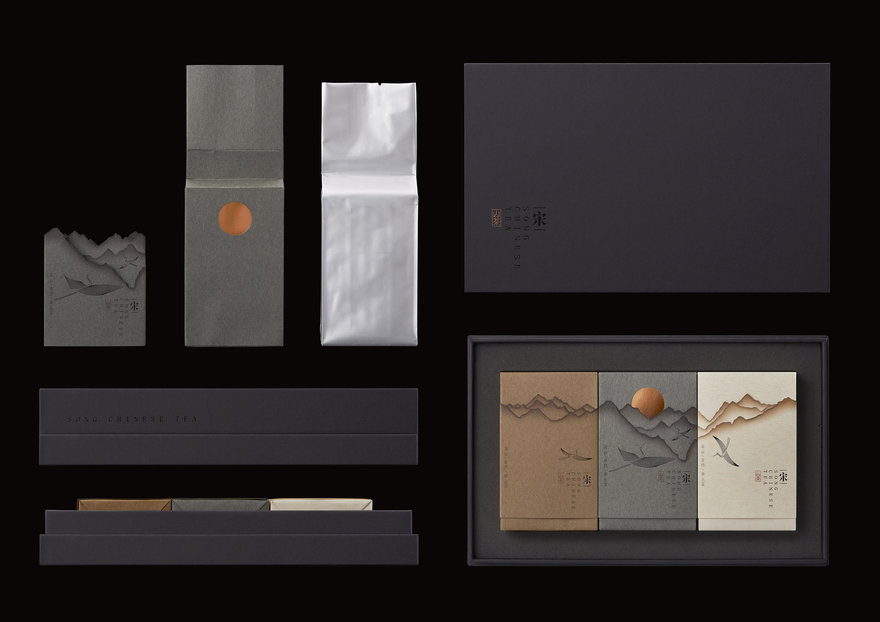 Song Chinese cuisine restaurant is a brand based on Chinese Song Dynasty culture. The audiences who are high-income people. Tea is the main drink in the restaurant. The tea of "mountain tea-song" is planting on the high mountains tea area which is elevations up to 1000 meters. It is made by artificial charcoal baked, and it has three concentrations from light to strong by different baked time.

Customers are confident that their tea is much better than others. Thus, they also want to design and sell tea packaging independently. The initial budget is to invest RMB200,000 to start the project. The production scale is 1000boxes (50g/bag X 3)

Mountain tea - song is the independent tea brand of the restaurant. The tea name prominent this is the high mountain tea directly.In the creative conception, found the edges of burned paper leave firing mark from light to deep, that feel most like the Chinese ink painting texture. Several overlap to give a sense of the distance between the mountains, most has the artistic conception of Chinese landscape painting in Song Dynasty. The burned marks also reflect the process of carbon tea.

Consumers who drink Chinese high-end tea generally pay more attention to tea ceremony, culture and art, so they also prefer landscape paintings with artistic conception and imagination space.We chose three different colors of paper to distinguish each tea. Then use the edge marks by burned paper to scan and print it, finally the irregular edges are cut out by laser engraving, let people feel like a real burn. Then fold into three layers which presents the layer upon layer of mountains.

Mountain picture mainly manifests in the paper bag packing envelope, its function is to tighten the pockets of paper bags. A gilded bronze color circle on the gray paper bag looks like the moon blocked behind the mountains. And connected with the pictures on the other two tea bags, each of them is stamped with different flying cranes. The last three separate packaging are placed in the box to form a complete picture of the story.

The packaging design of mountain tea-song fully promoted the high quality and elegant tone of Song brand. Make consumers have a deeper recognition and love of Song brand. The packaging design cleverly reflects the context of Chinese culture and contemporary aesthetics. Good output the impact of Chinese culture and art on the commercial market. The packaging was purchased by consumers within one month after being put on the shelves, and has been prepared for the second production. Customers hope that the sales revenue of the products alone will be greater than the income of the restaurant in the future.