In the modern age, the evolution of sound media is tremendously fast; by the time we notice, we are in an era when music media is becoming intangible. In old times people treated sounds nicely and gently. Listening to a piece of record, we have take several careful steps before finally playing it. Hobbies like that have constantly played a positive role in our culture. Recently, I felt that we have separated the sound from the environment and handle it too objectively. With this project, I propose to rethink the relation between sounds and people.

If due to digitalization sound is losing its shape, I thought that I could give it a new one, in a slightly unique way. I raised sounds in three dimensions, and applying the concept of 'landscape', focused on the relationship by 'turning' the sound.

Although a music is made up of sounds, my purpose is not making music. Rather than that, I want to achieve a rich sound experience for people to listen to, and to create a new recognition and experience of sound by exchanging invisible data with things that play with it.

One method to explore the shape of sound. I sampled various patterns and textures that existed around then tried to link the image of them with sounds that I collected in my daily life . After analysing sound waves graphics I compared them with the image of patterns. The figures visualise the characteristics of the sounds. 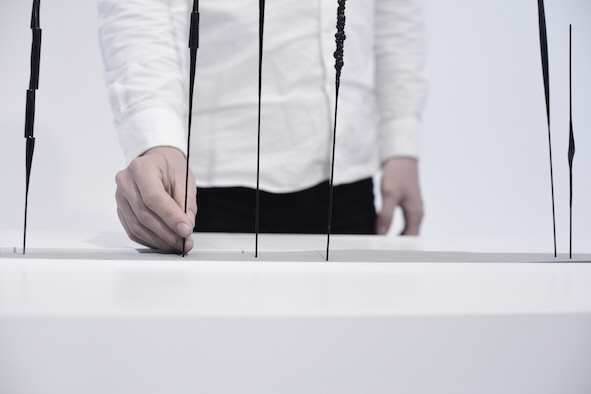 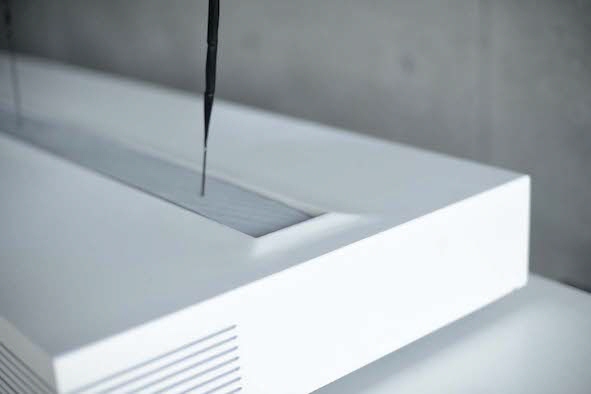 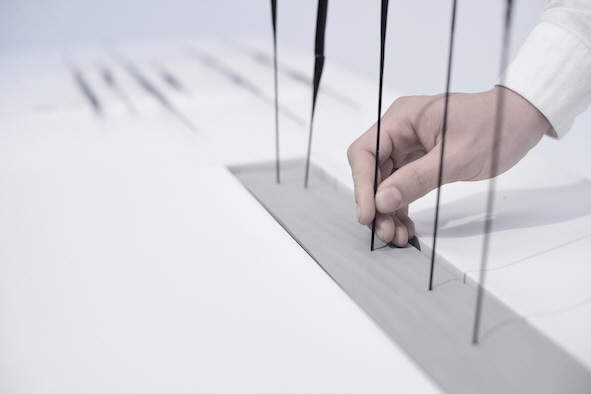 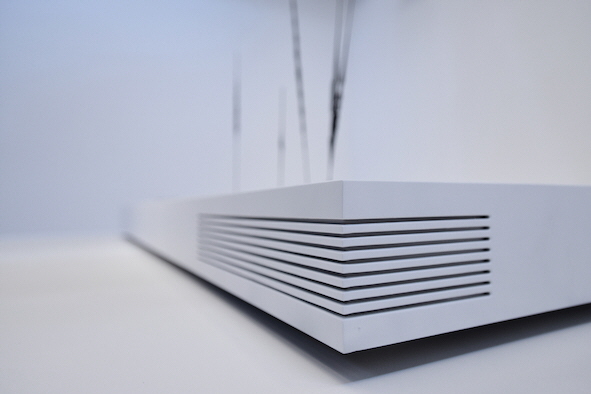 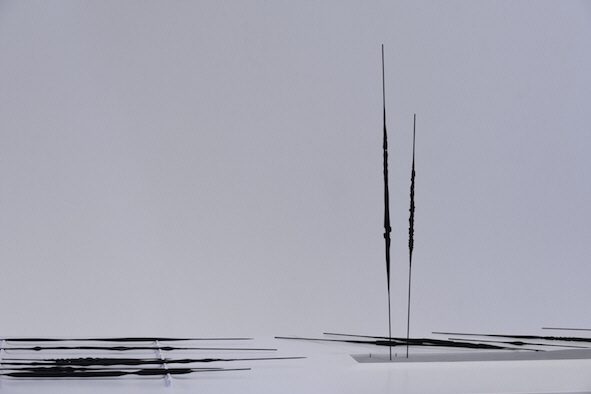 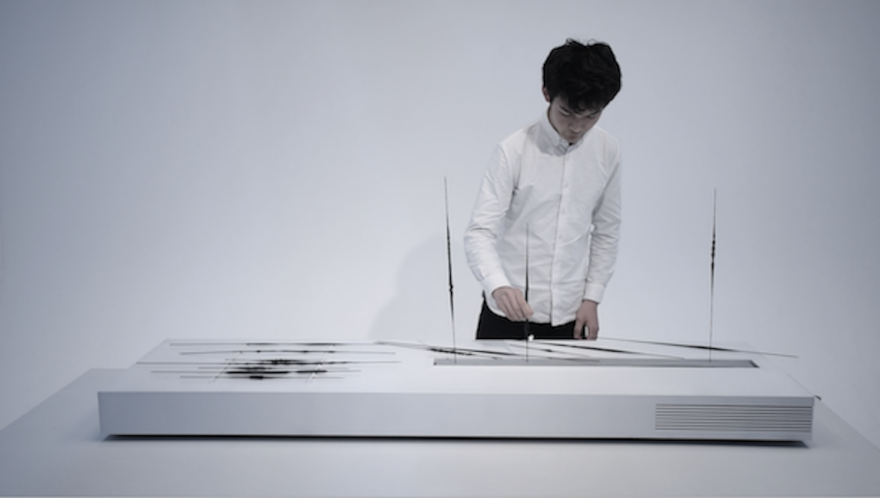 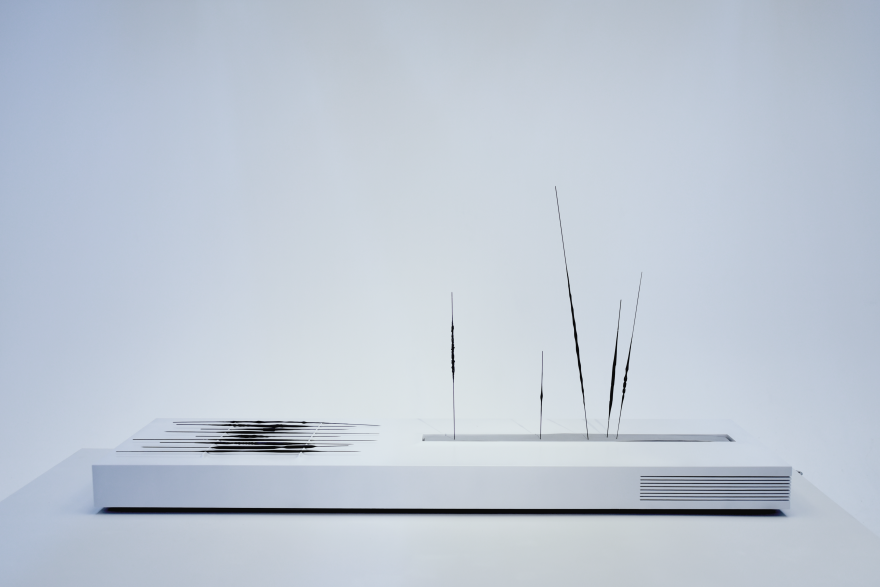 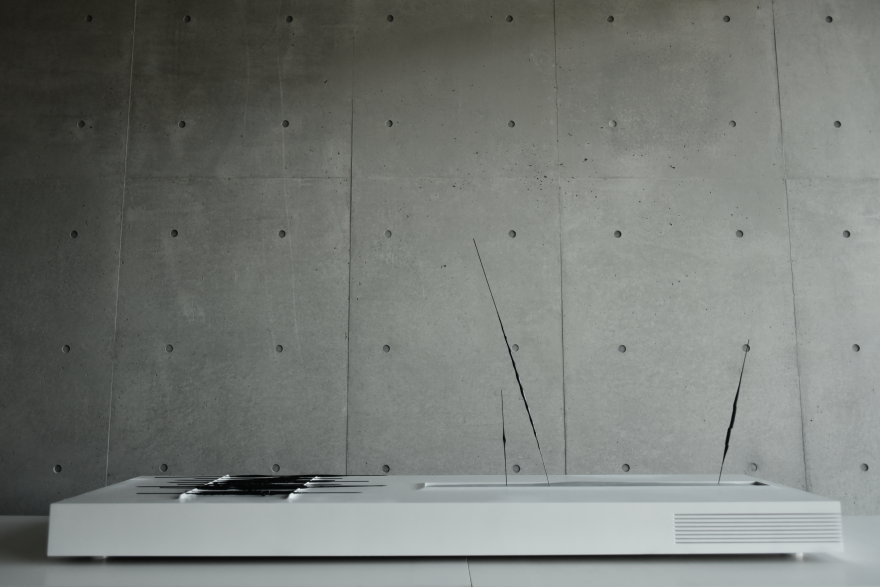 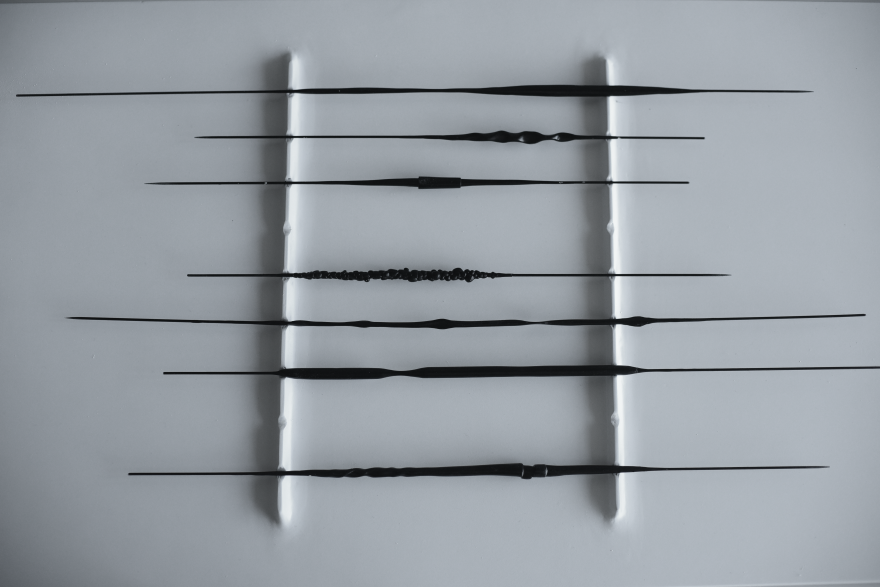 In my research, I visited a company that is the only producer of records in Japan. As a part of the assignment, my mission was to interact with the company on my own as a student. .

There, I learned about the process of making a record, the raw materials, and how sound is engraved on a record.

In my Sound landscape, every time a 'sound' is inserted, the sound linked to the shape is played. When you pull it out, the sound fades out.

By changing the combination of sounds, the scenery of the sound also changes, producing a different mood. Through this experience, we can explore sound and visual synchronization.

In order to achieve a link between audio file and objects, I focused on using the weight of the object to identify it., For example, when an object of 10 g is inserted, the weight and the sound set in advance will be playing

A sensor is necessary to capture the weight and relay the data.

Therefore, I have dismantlied several electronic measuring instruments and tested them until I found a suitable one:

· The range to measure the weight is wide.

·When one weight is added, the program searches only the weight of the new addition and plays the linked file.

·Determine the weight finely so that the weights do not overlap as much as possible.

· Every specific weight is set in a certain rage.