No one talks about it, but it is inevitable. People deal with a range of emotions related with the deaths of their loved ones. Also, when we die, most of us want to be remembered as a positive presence and would want our families to eventually move on from the grief.

When someone dies, we keep artifacts that remind us of him/her. There are stories and memories attached to these items which help us in various stages of the mourning process.

Ori is a step towards making this connection stronger and the experience more sensorial. It has two parts, one is the token which the user carries to record sounds and the other is the base which symbolically stores the memories.

The primary user is one who knows he is about to die or is acutely aware of his mortality and might want to leave healing memories behind for special people. Through Ori, one can record sounds and personalized messages from certain events or activities.

Once the primary user passes away, Ori is left for the receiving user. It remains inactive for six months after the death and then the base receives the first message. The messages are received by the base only on dates specified by the primary user. The token records only one message at a time from the base. The receiving user can now carry the token and listen to this message on-the-go.

We envision that as time passes by, Ori will gradually ease the pain of mourning for the receiver. The token eventually becomes a memorabilia of the person who passed away and is a reminder of the good memories left behind. 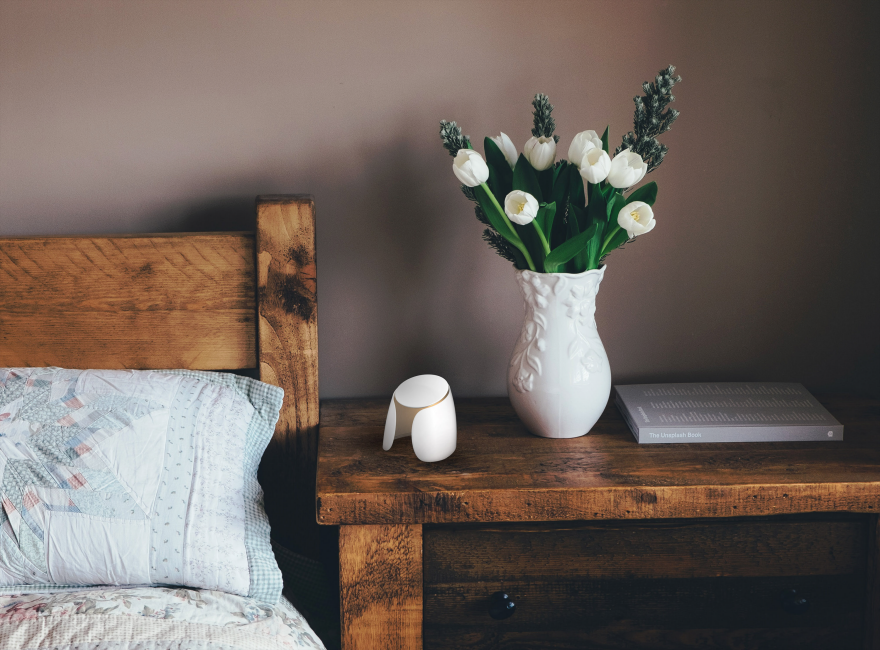 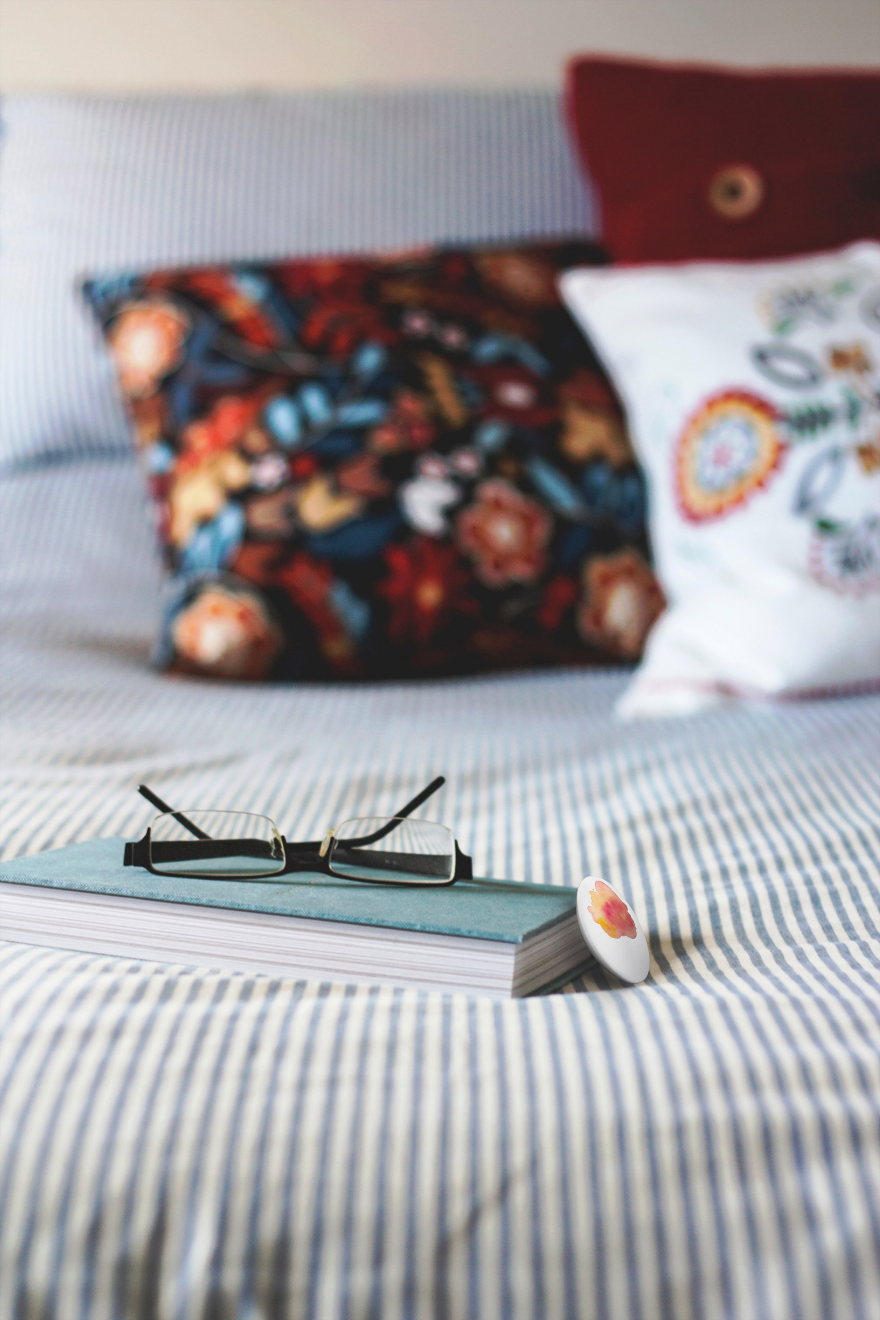 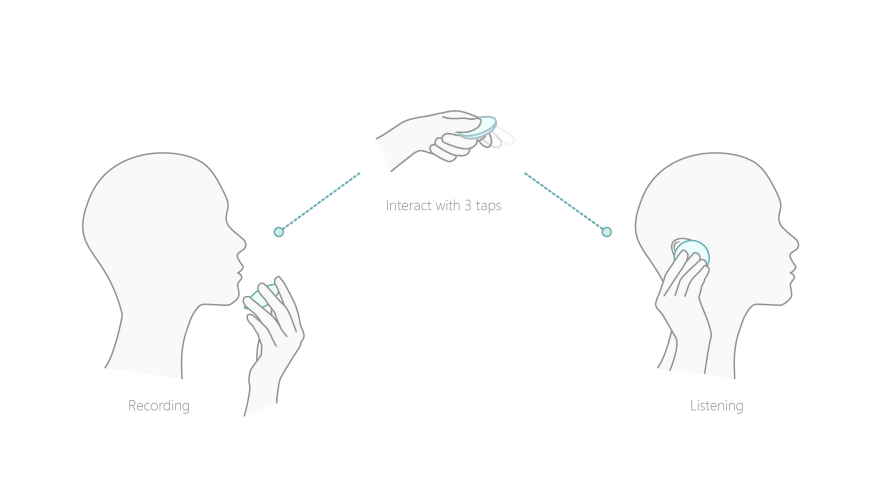 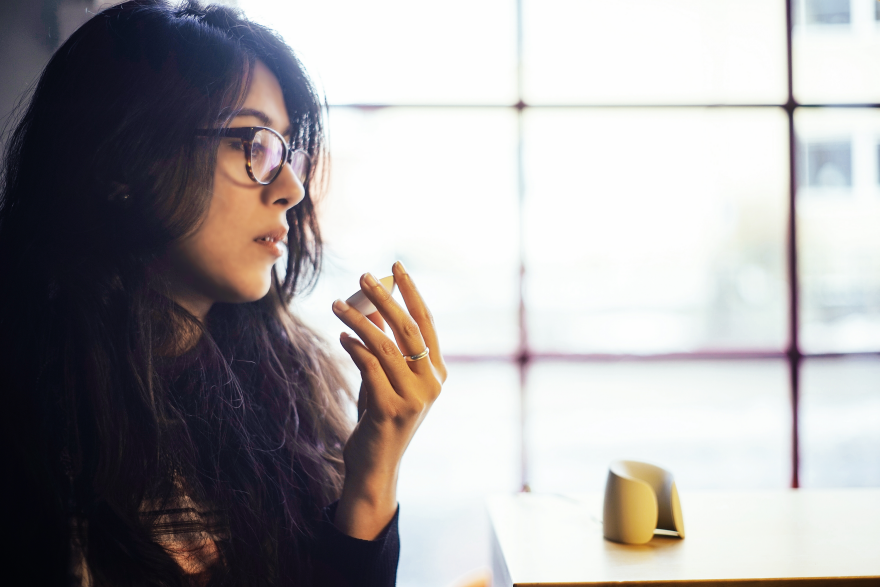 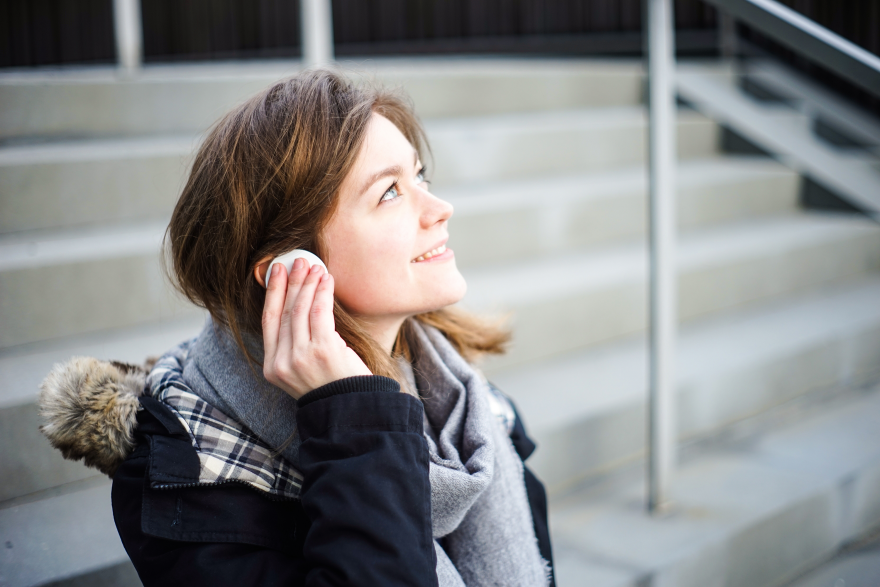 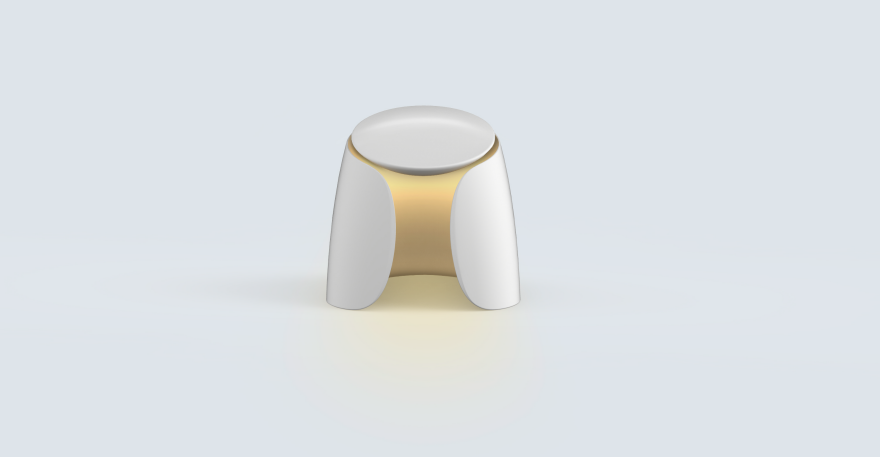 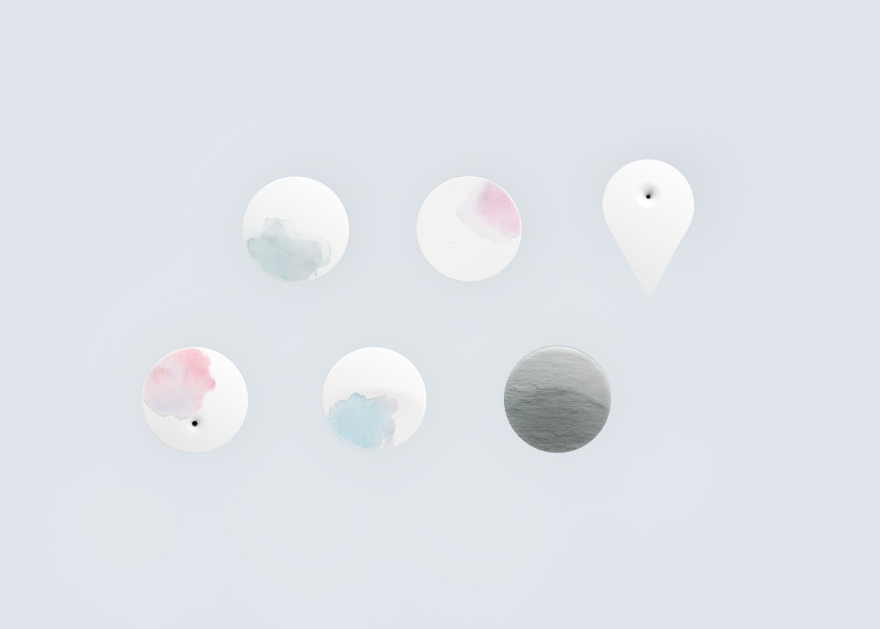 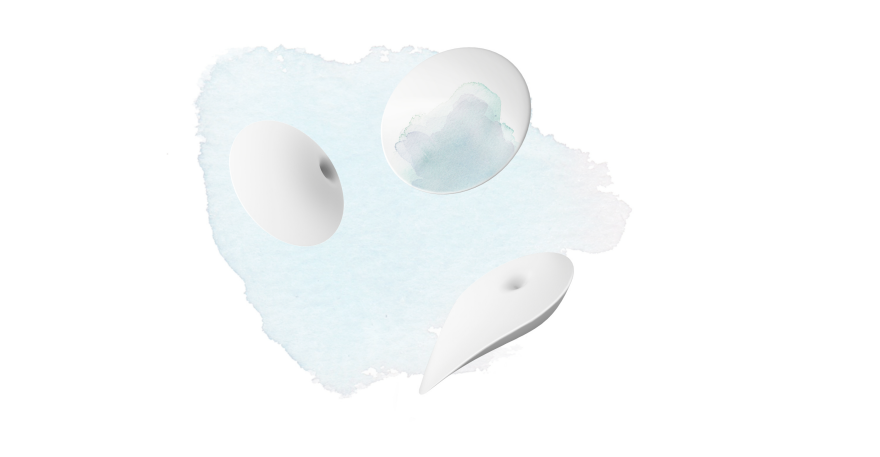 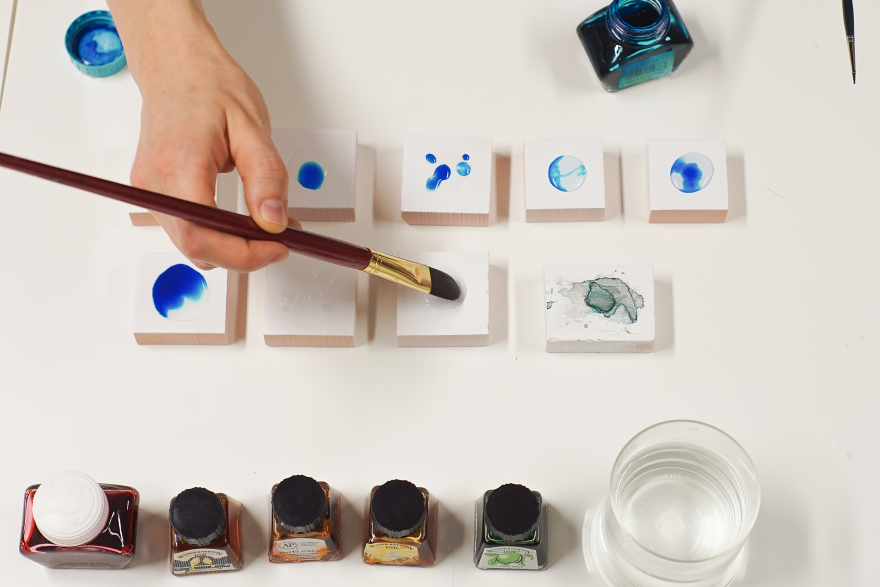 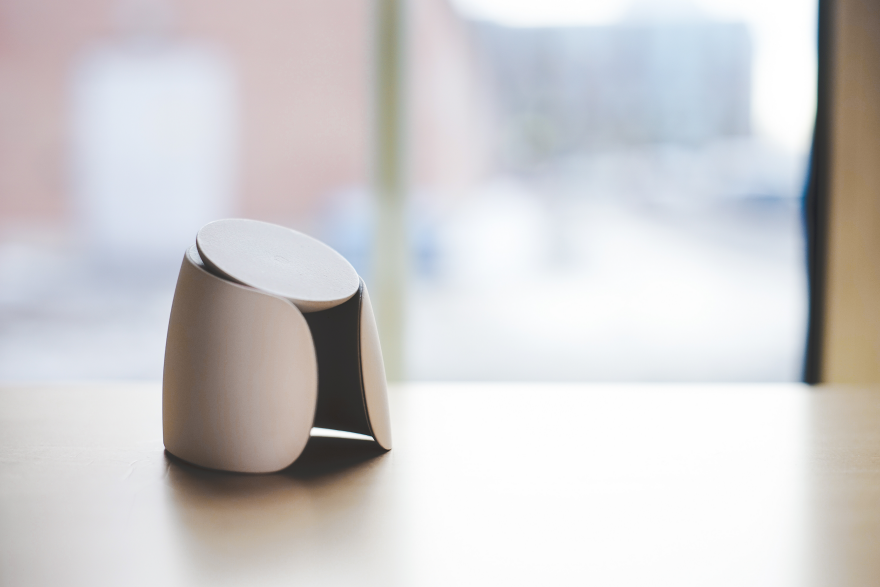 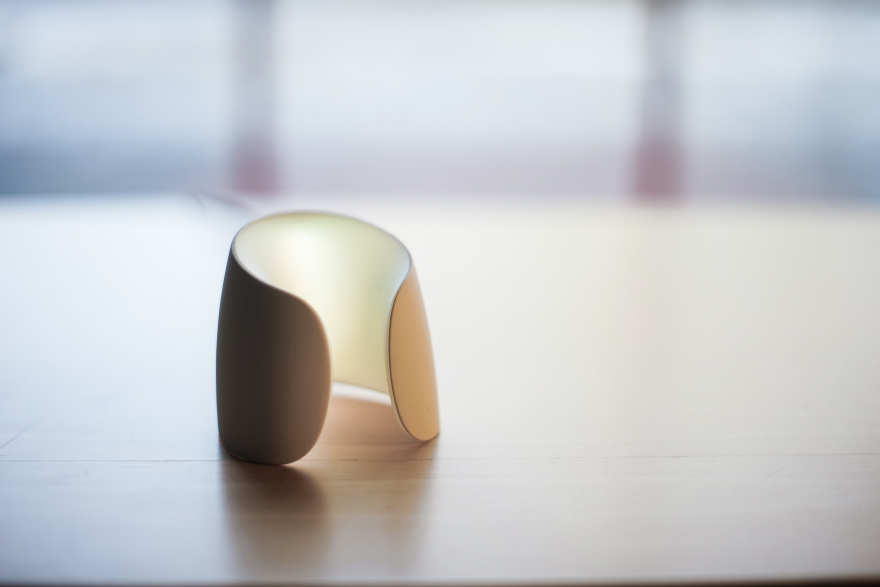 "Did you and Jim ever talk about what you would want to be done if he ended up in this kind of situation?" And she looked at me and said, "No, of course not! You know, we always thought there'd be time."

These days we always try to find a way to prolong our lives, with advanced medicine, healthcare systems, conscious living, etc. Nevertheless, as much as we try to push the thought away, death is ultimately part of our lives too. Our goal with creating Ori was to bring the topic of death up, stop treating it like a taboo and help people accept the human mortality, be it their own or their loved ones. We were looking into ways of incorporating that acceptance in our daily lives through a product, to hopefully lessen the toll death of a loved one takes on us when it happens.

This project is a collaboration between three interaction design students and two advanced product design students from Umeå Institute of Design. The developed product concept is a result of a course in sound design, focusing the importance of sounds as a part of the user experience.

In the very beginning of the project, we set up a survey asking people about how they have dealt with the death of a loved one in the past, and how they would like other people to act and feel when it is their time to go. In addition to that, we asked people how they keep memories.

From over 50 responses we saw a very clear trend in replies - a vast majority of people wanted to be remembered but didn't want to cause pain to the people they are leaving behind. However, when it comes to personal grieving it's not as easy to just tell oneself to cheer up and think about the positive memories. Additionally, from the question about ways of keeping memories we noticed there's an interesting niche for storing audio memories, and nearly no one was doing that - most people kept memories in the form of photographs, and sometimes video or text. With that in mind, we set out to create Ori - a device for recording memories in an audio format.

Working with the topic of death is certainly not an easy task, as it is a very sensitive and personal topic, that is why it was important that the design looks and feels appropriate. From the beginning, one of our guiding notions was grace, as we want to evoke positive and warm feelings in the users of Ori.

Early in the process, we decided we would like to work with a scenario where one person gets in the possession of Ori, and upon their death, another person (a relative, close friend, etc.) receives Ori as an interactive memorabilium. That is why Ori has two types of users - the first one is the person recording memories, whereas the second user is the receiver, listening to the recorded memories addressed to them.

Knowing the mourning period is very often a difficult process to go through, we did not want to intervene with Ori at the early stages of grieving, and instead we decided that the activation of the product would happen no earlier than half a year after the primary user has passed away. We see it as a heartwarming way to remember a person, and not as a device to get fixated on, denying the reality. We believe that being in possession of an item that once belonged to a person we loved becomes a powerful enough symbol early on.

Visually, we wanted the product to appear graceful, heartwarming, but not overly symbolizing death (such as urns, crosses, etc.). We wanted people to be able to place it in their homes, living rooms, bedrooms without a stigma; we wanted something that looks as good as a sculpture yet has another layer of meaning behind it. In addition to that, we noticed the importance of giving the users some way of expressing themselves through the choice of materials and patterns that slightly change the visual character of Ori, without changing its base form.

Thinking of the product consisting of two parts came naturally. The two parts can be separated but they are truly complete when together. Functionally, those parts would become a token that the user can carry with themselves to remind them of the presence of the loved one who passed away, and a base that stores the recorded memories and charges the token. The token functions both as a recorder device and a speaker, depending on the user. During the six-month period between the death and the activation of Ori, the device switches mode from recording memories to replaying only.

Whereas we identified the easiest and most natural way to record to be through one's smartphone, we did not want to devalue the concept by making it into a mobile app, or even having any kind of companion app. Therefore, when the user wants to record a memory they would have to carry the token with themselves. The token should be an item that is pleasant to touch and hold, that is why we decided against having any sort of record/play button and instead solved the activation of recording/playing with haptic interaction by tapping three times on the round side of the token. At the beginning and end of recording the user would hear confirmation sounds that the recording has started and finished respectively.

In the ideal scenario, the primary user is recording with the thought of the person who will receive Ori after their death. That is why we provide the opportunity to decide when and with what frequency the memories will be sent to the secondary user, e.g. on their birthday or an anniversary. Otherwise, the memories could be sent at a preset frequency like of one memory per month, possibly fading to one memory per year as the years go by.

Moving onto the secondary user, that is truly the person we designed for and we tried to take as much of the sensibilities into account as we could, knowing some people are more emotional than others and they have different approaches to memories.

The secondary user obtains Ori after the death of the primary user. For the first six months the device is inactive, however, it still functions as a memorabilium that the user may choose to place in their house and/or choose to carry the token with themselves.

After the six month period is over Ori "wakes up" and the first memory message arrives. At that point, the base has to be connected to a power source and the token needs to be charged. When the memory arrives the base starts pulsating with light. In order to listen to the memory, the user needs to place the token on the base which triggers the memory to be automatically loaded onto the token, as signalized by the sound feedback and animated light on the base traveling upwards. Since the token works as a speaker, the user needs to lift it off the base and tap three times on the back (similar to recording) to start the playback, opened by a confirmation sound and followed by the memory. The user can choose to tap again to listen to the memory again.

The base would start pulsating with lights signifying new memory arrival only when the token is in the proximity of the same house/apartment, again emphasizing on the two parts creating one whole together. Of course, the user might choose to leave the token on the base permanently, eliminating this problem.

Originally we considered the token being the notification receiver, however, we realized it would be too much disturbance into people's everyday lives, especially if our goal with this project is to ease the grieving rather than aggravate it by ill-timed messages.

The token can store only one memory at a time that the user can replay multiple times over the days, months, years. However, we also allow the user to decide which the memory they want to have stored on the token if they choose to do so. In this case, they would have to access the cloud storage system through the web, select the memory (one that they have already received) and send it to the base, which loads it to the token. The process is purposely more tedious as we do not want people to keep getting stuck on listening to all the messages over and over, possibly aggravating their condition and acceptance of death.

We hope that our design decisions for Ori will make it easier for people to deal with the death of a loved person. And in the larger scope, we hope it would open people up for the conversation about death, making it less of a taboo.