Spot On — A Birth Control and Period Tracker

Spot On is a birth control and period tracker powered by Planned Parenthood with a fun, simple interface that allows users to quickly record their period, symptoms, moods, and activities. By using the app consistently, users can begin to understand better what affects their menstrual cycles, and how their cycles affects their bodies. Spot On helps users stay consistent with their birth control with gentle reminders and provides guidance, tips, and information about reproductive health — whether they're using the pill, patch, ring, implant, shot, or IUD. For those who aren't using birth control, Spot On provides period predictions that become more accurate over time.

Spot On was developed to provide reliable birth control and period tracking in an inclusive, non-gendered way, backed by Planned Parenthood's 100 year history of providing reliable and trusted reproductive health care, sex education, and information to millions of people worldwide. The app seeks to empower all people of reproductive age to understand and manage their menstrual cycle, birth control, and sexual health.

Spot On received immediate and effusive praise from users and the media alike. The Cut, Bustle, Teen Vogue, Glamour, and Shape Magazine have all recognized Spot On. 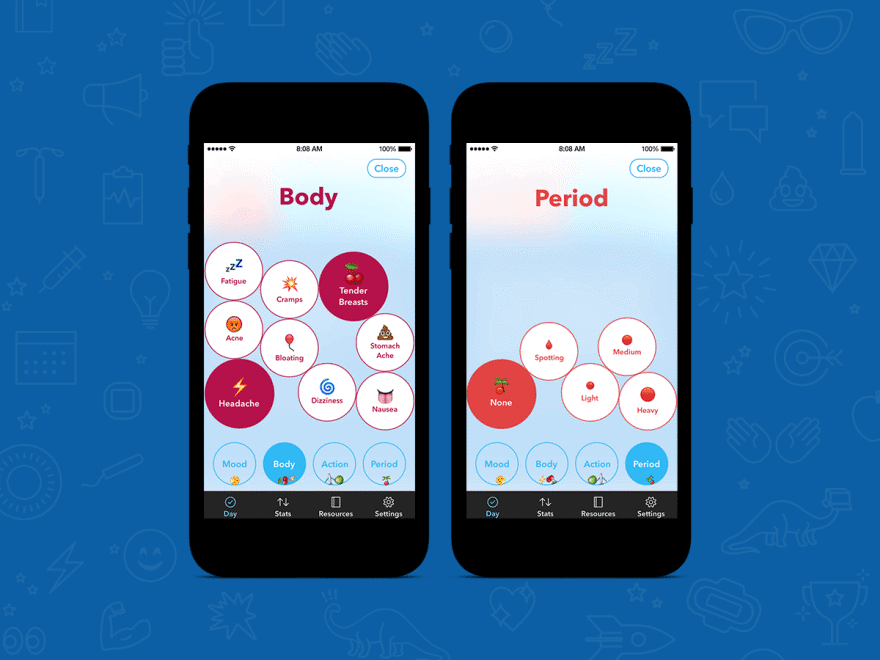 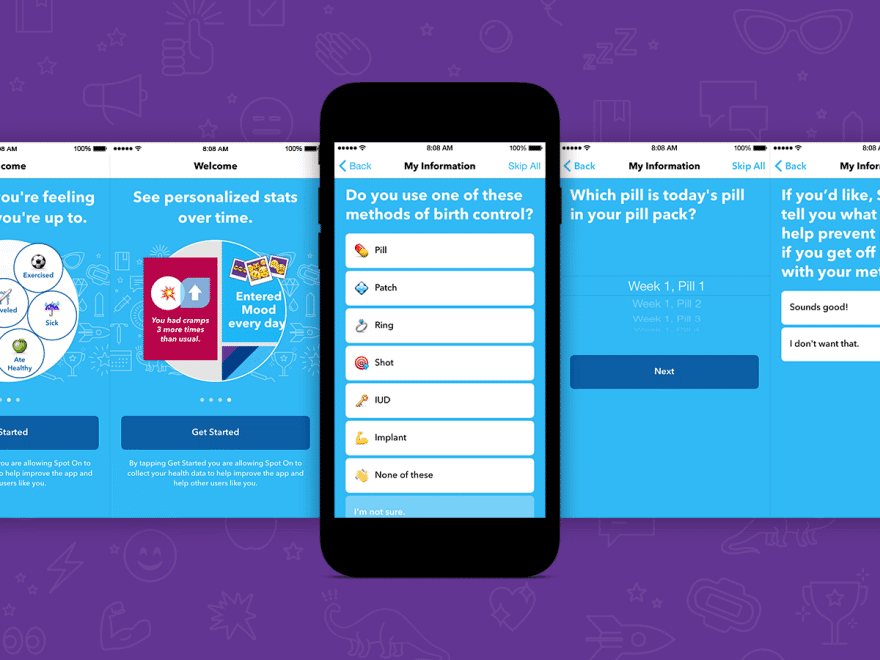 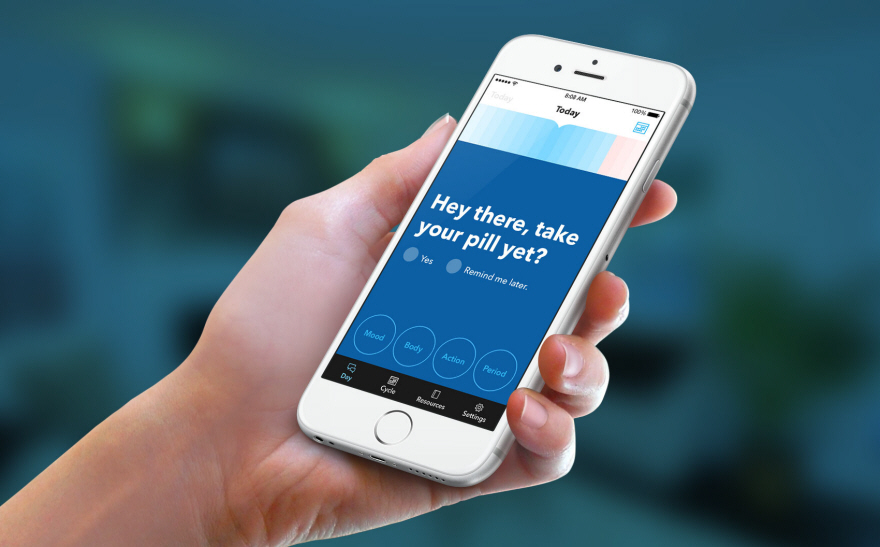 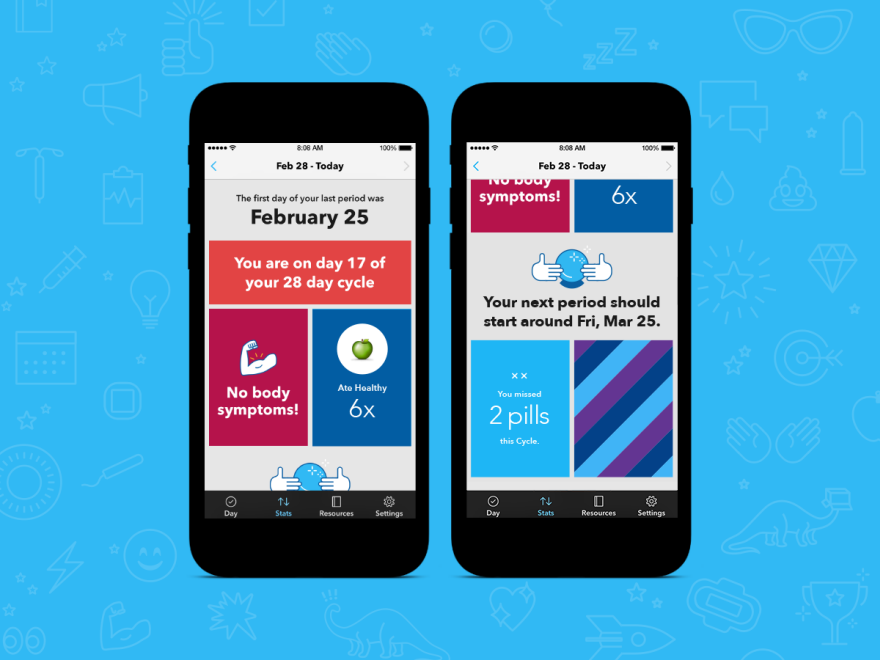 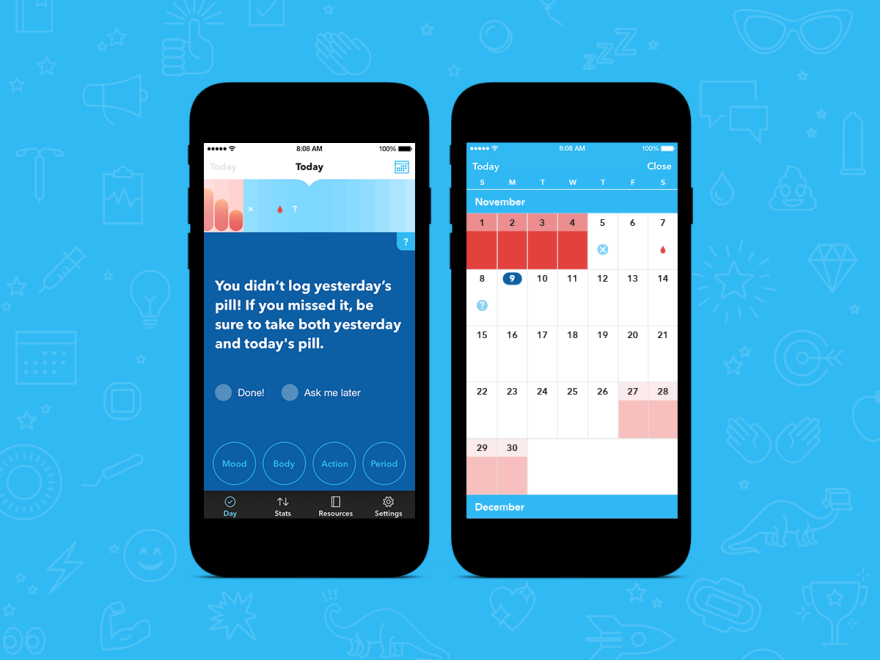 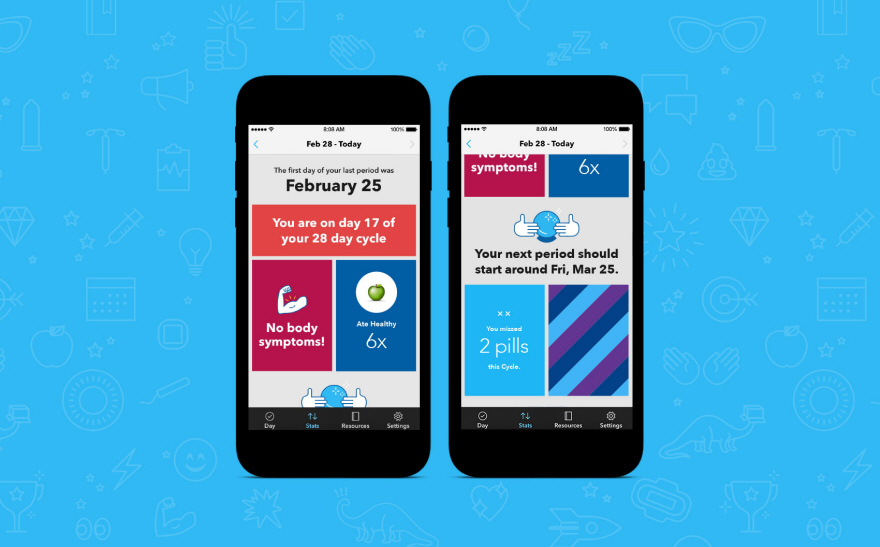 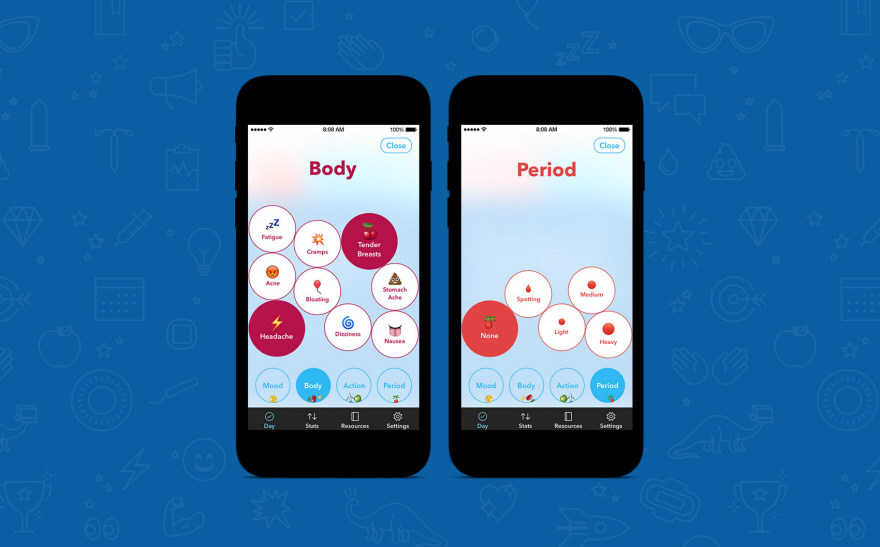 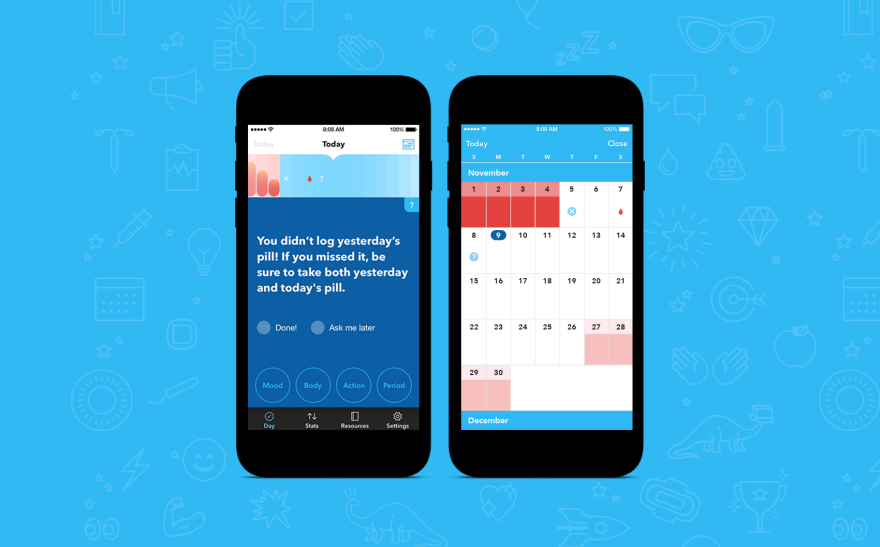 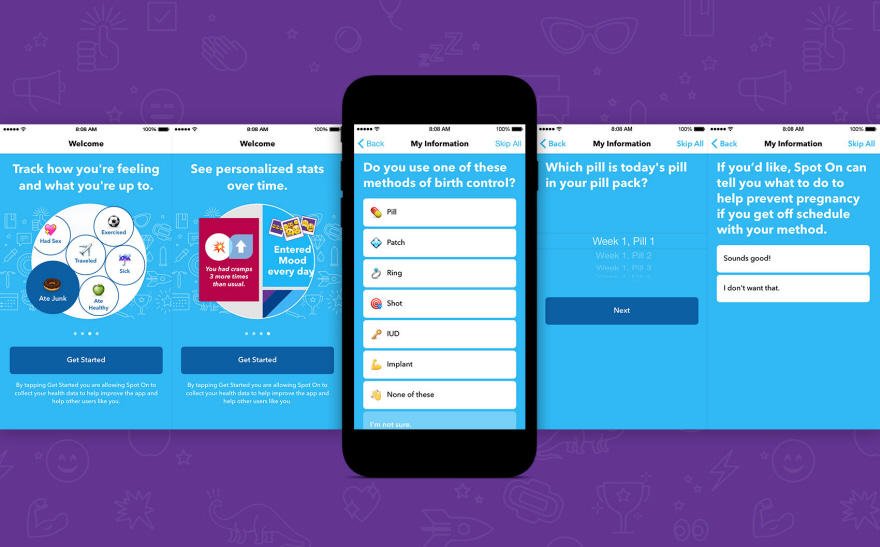 Development started in May 2015 and we released the first version of Spot On for iOS in March 2016. A product like this, however, is never complete! We've been releasing iterations for iOS and Android ever since.

We developed Spot On in partnership with the Digital Product Lab at Planned Parenthood Federation of America, a team focused on using innovation and technology to expand access to sexual and reproductive healthcare and information.

We at Small Planet didn't realize starting out that we'd be effectively making several apps in one — one for each method of birth control that was represented at launch as well as an option to be on no method — or that we'd end up with an app that has more possible states than there are atoms in the universe (we calculated this!). Making a complicated app that is simple to use means shifting a lot of complexity toward development.

Spot On allows users to track any birth control method that affects their menstrual cycle, (including pill, patch, ring, shot, IUD, and implant) by recording their periods, moods, symptoms, and activities over time, and it does so without making gender or sexual orientation assumptions about the user.

The app sends birth control and period reminders, and provides insights and resources from Planned Parenthood experts on everything from birth control guidance to common questions and definitions. The app also has a dinosaur mascot named Cycleosaurus! Who needs heavily-gendered butterflies and flowers when you can have a dino?

The Day view randomly selects a health insight, birth control insight, or period insight in a scaling template depending on a user's inputs for that day. The input interface, which we call the Health Diary, gets some of the most positive reactions in the app because we use emojis, physics, and bubbles to make an otherwise mundane daily task really fun.

We made a conscious decision to base the primary interface of the app on a single day view to encourage daily engagement. This is especially important as the app becomes more useful to users as they engage with it over time.

The timeline ribbon gives the user quick and easy access to any point in the future and the past, and provides a quick, at-a-glance view of major events across the timeline.

The app is a little bit like a Choose Your Own Adventure book, in that the user is in charge of the path they take, but in the case of Spot On, the "story" still has to make sense even when the reader randomly jumps around from page to page. If they haven't been in the app for four days, we can't assume they missed their method — maybe they just haven't checked in or maybe they lost their phone! A system we lovingly call AUNTi (your trusted, all-knowing, artificial intelligence auntie) helps sort out the context and know to only ask relevant questions to the user. So we know to ask if they're keeping up with their pill only in the context that it's today, the user is on the pill, and the user hasn't taken their pill yet.

Technology
We use Swift on iOS, Java on Android, and C++ for code shared by the two platforms. XCode and Android Studio are our preferred IDEs. We use Illustrator and Photoshop to create the images, After Effects for animations, and Pixate (may it rest in peace) for mocking up working prototypes. We use Invision to make prototypes for user testing.

Challenges
Obviously, we all had some knowledge of the subject matter, but quickly realized that we didn't know as much about birth control and reproductive health as we thought we did (including the women). There are nearly infinite permutations and user flows across birth control methods, so just sorting out all the rules and understanding them as a team took an immense amount of time. Fortunately, there is no better source of information on these topics than Planned Parenthood, and they were able to bring us up to speed quickly. We quickly became fluent in everything from birth control method compliance rules to what makes a menstrual cycle regular.