The Orbit lamp is a result of an university project which aimed to output concepts of environment-friendly manufactured lamps providing more than a mere lamp function. Users should be encouraged to an more conscious approach of lamps and light.

Orbit combines functions of a clock and an ambient ligth. It mainly consist of two wooden rings 45 inches in diameter. A LED band, mounted between both rings, indirectly emits a warm light through the grooves and parting lines. With the ambient light mode switched on, the whole ring is illuminated. In clock mode, the rings are only partial illuminated to indicate the hour and minutes hands.

Switching between both modes is controlled by an distance sensor pointing to the center of the ring and can easily and contactless be done by reaching into the ring. 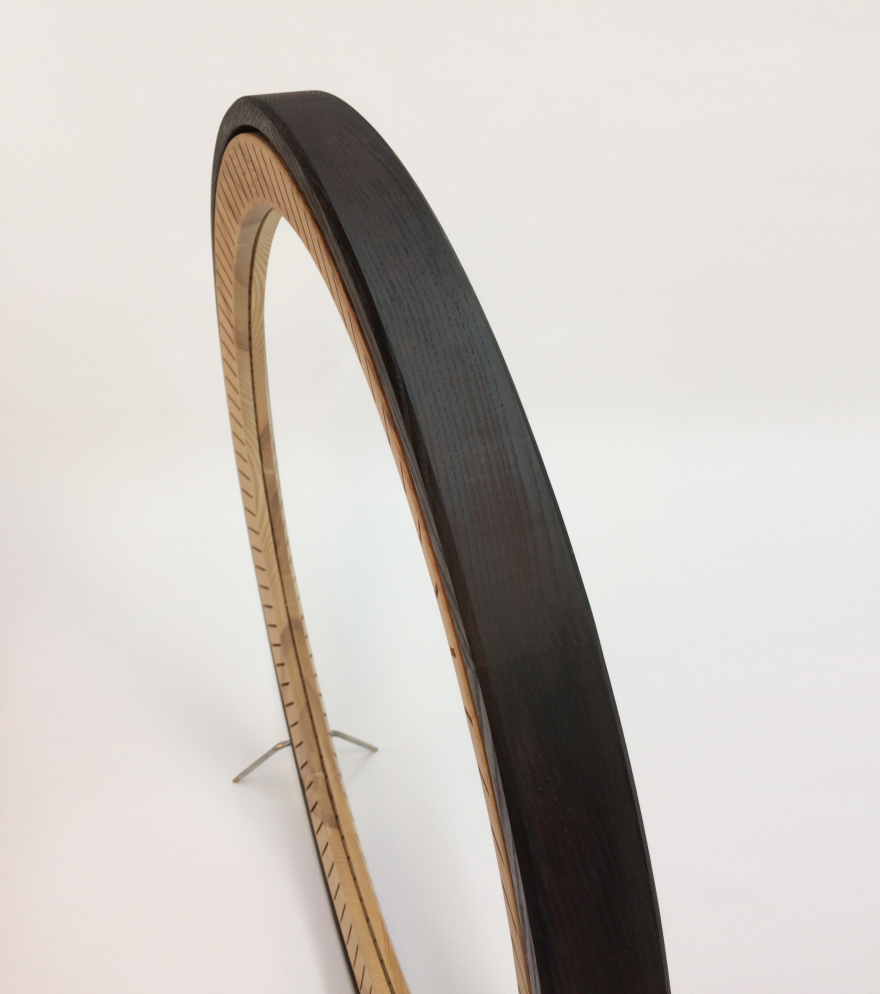 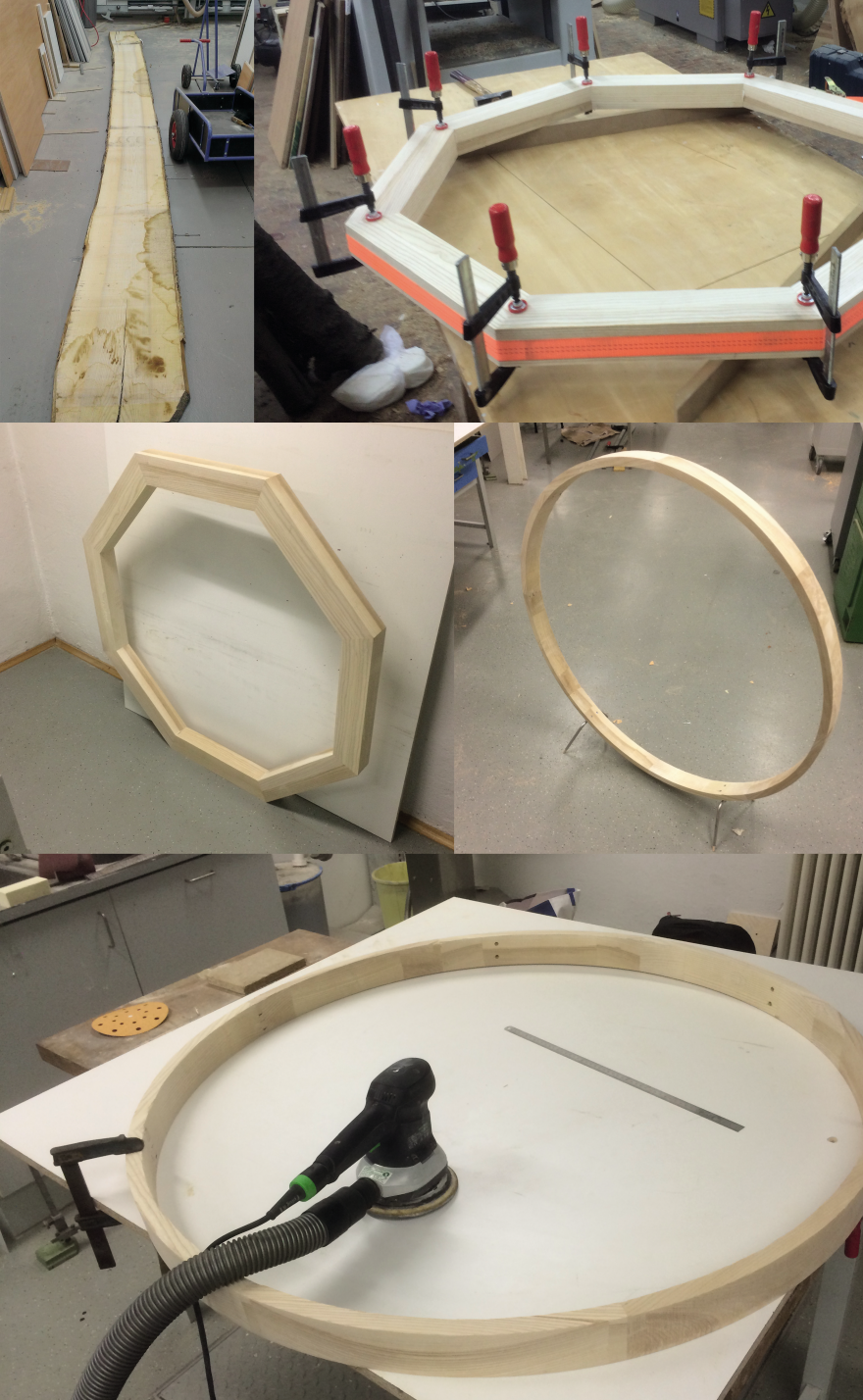 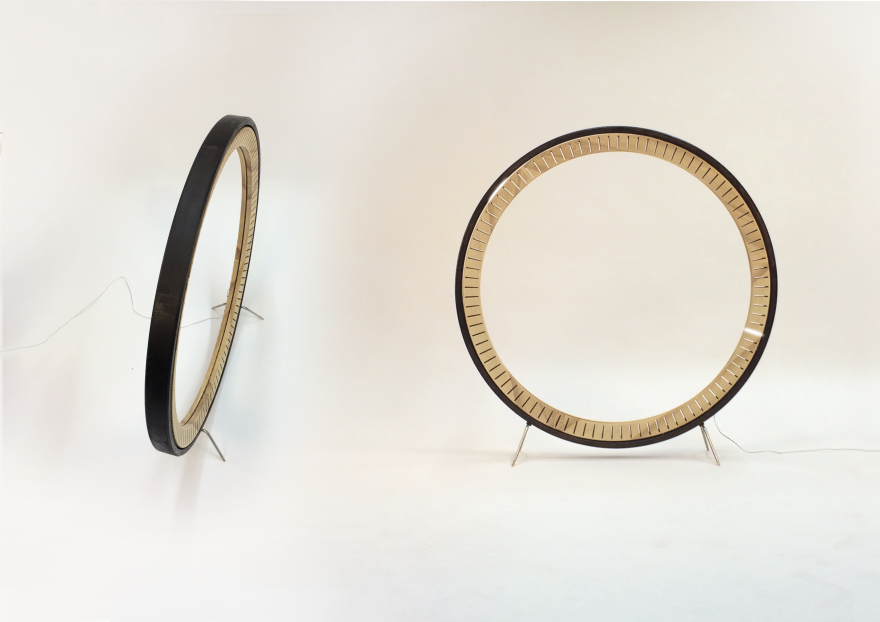 During the course of the project a first, semi-functional prototype was developed. The wooden rings have been made of a plank of ash wood which has been cut to size, glued and cnc-milled.