In solidarity with the March For Our Lives demonstrations in March 2018, as kids, families and supporters demanded the end of gun violence and mass shootings, WeTransfer decided that enough was enough.

For 48 hours on March 24 and 25, WeTransfer launched a storytelling campaign to shine a spotlight on the urgent need for gun reform. The company, which has 45 million unique monthly visitors, dedicated 100% of its advertising space, which is purchased by brands like Apple and Google, to a full-page wallpaper and site takeover in support of common sense legislation and the need for change. The campaign promoted a series of creative projects on WePresent (WeTransfer's editorial platform), which gave voice to raw, genuine stories about the lasting impact of gun violence, and perspectives from survivors, veterans and activists on the urgent need for gun reform.

Within those 48 hours, momentum and support exploded. More than 80,000 tweets were posted, reaching 400 million people. Among those who shared the campaign were Parkland survivor Emma González, United States Congresswoman Robin Kelly, actress Debra Messing and comedian Sarah Silverman. The initiative was covered by a range of press outlets such as Quartzy, The Drum, It's Nice That and Konbini.

The WeTransfer video "Veterans for Gun Reform" was shown on the big screen at the March for Our Lives march in DC and has received over 10 million views, and was reposted by Now This Politics. 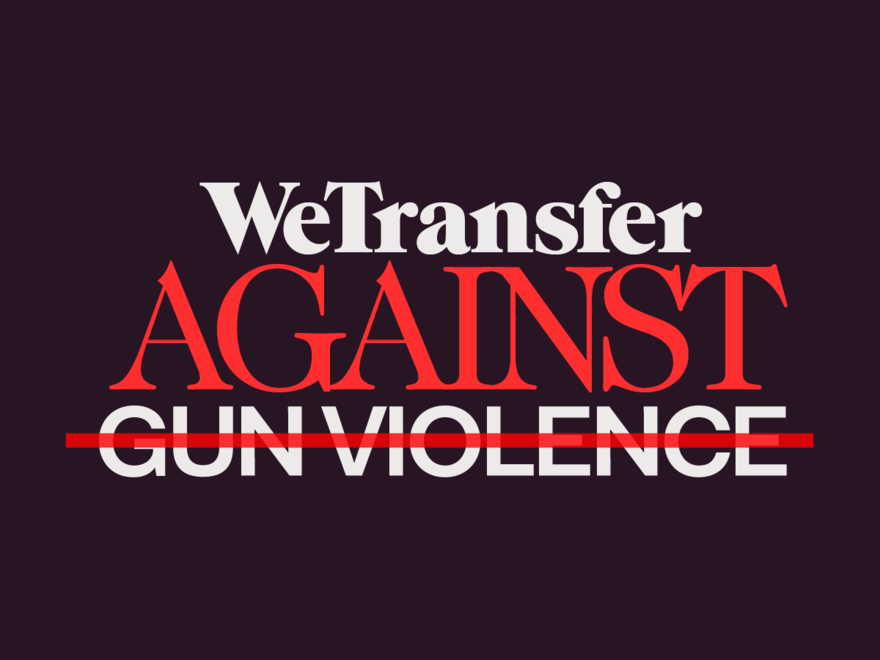 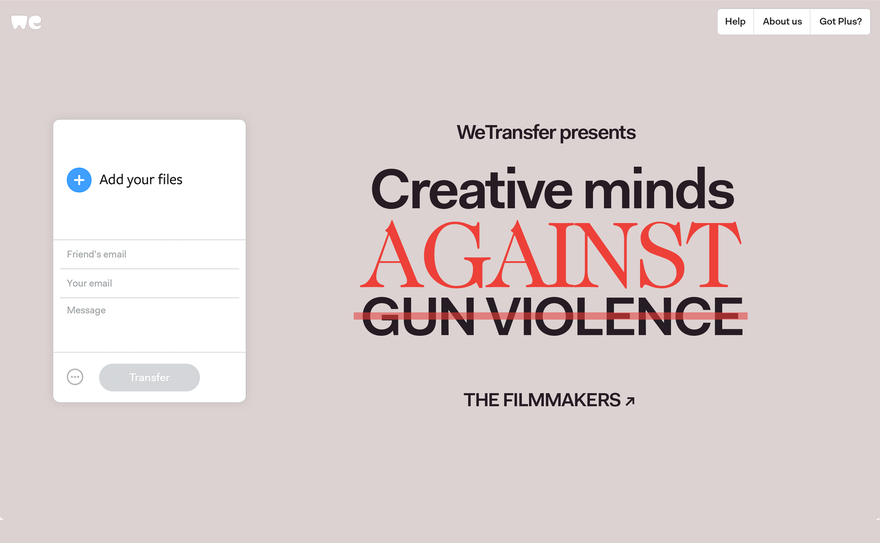 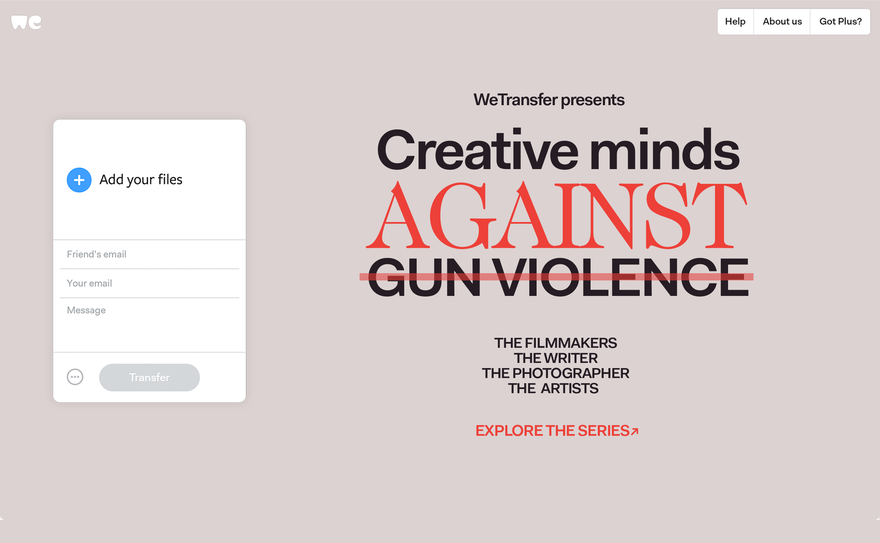 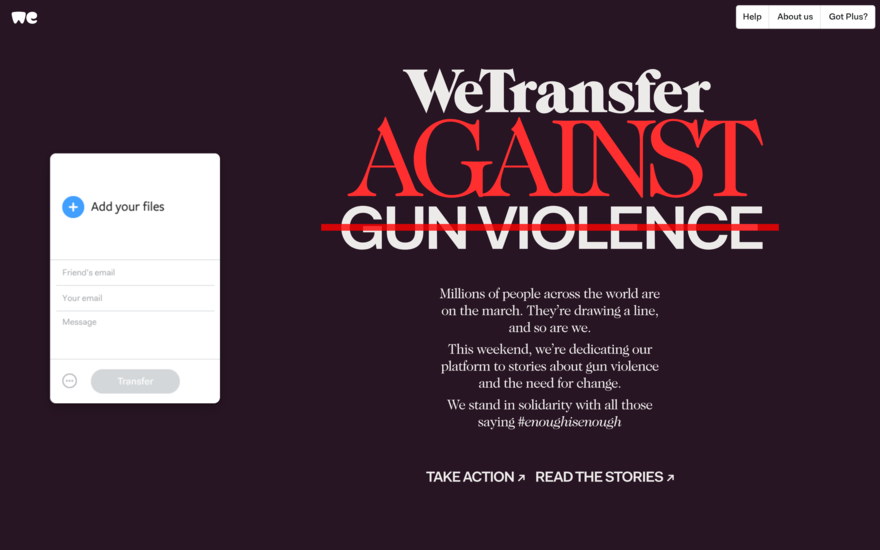 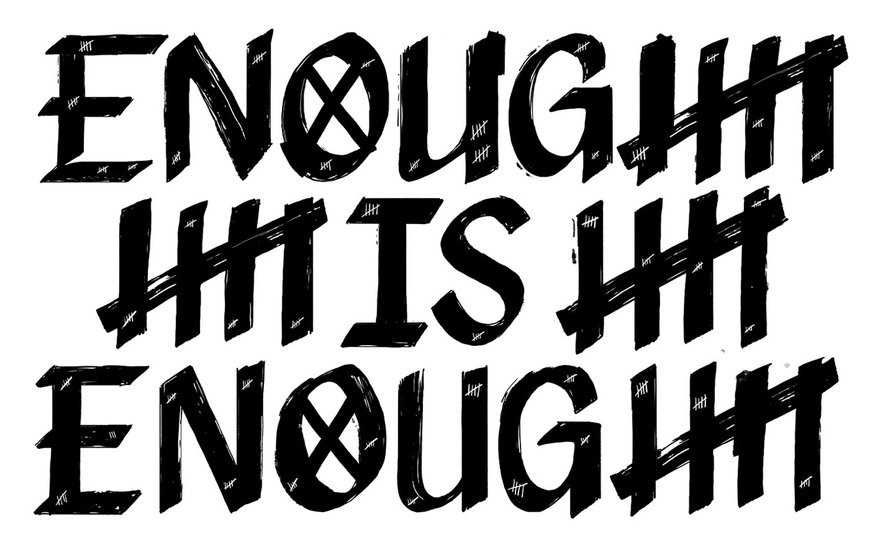 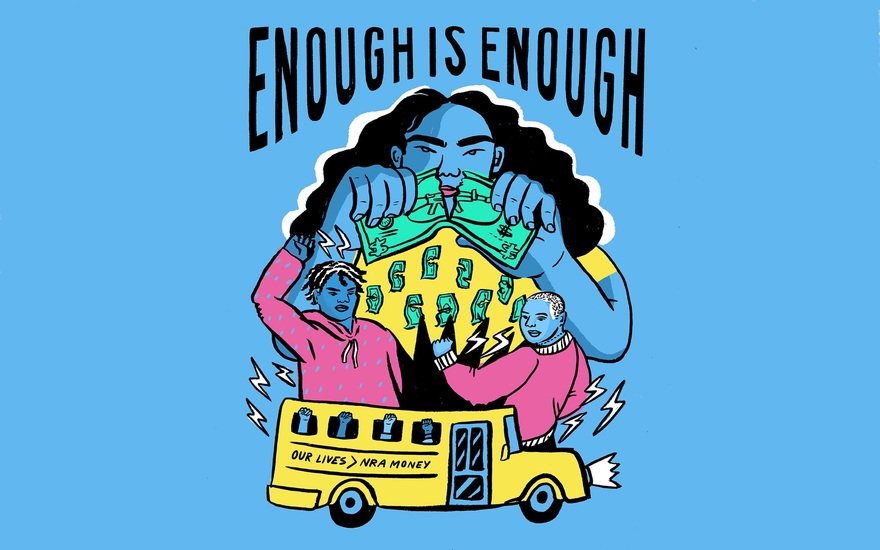 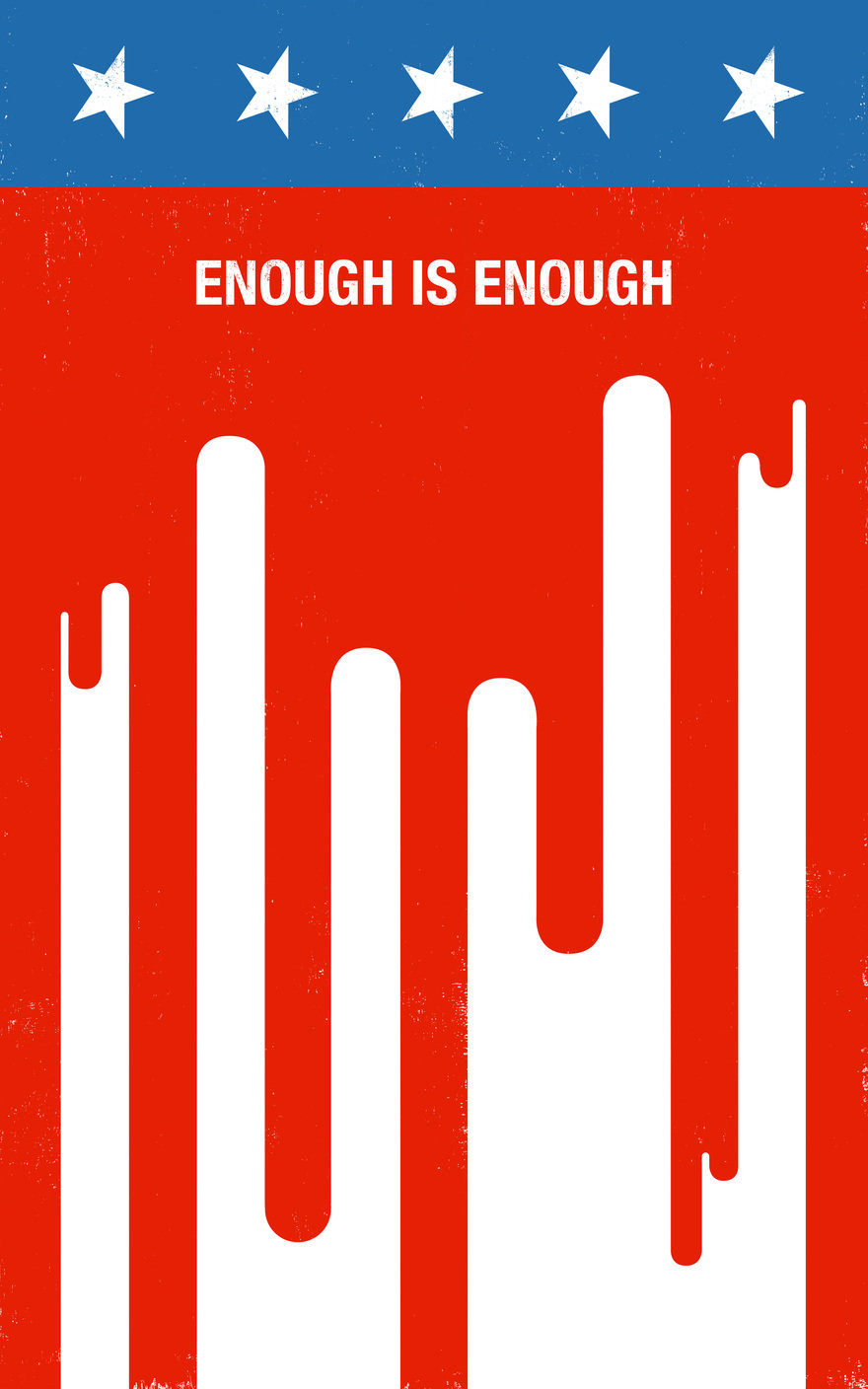 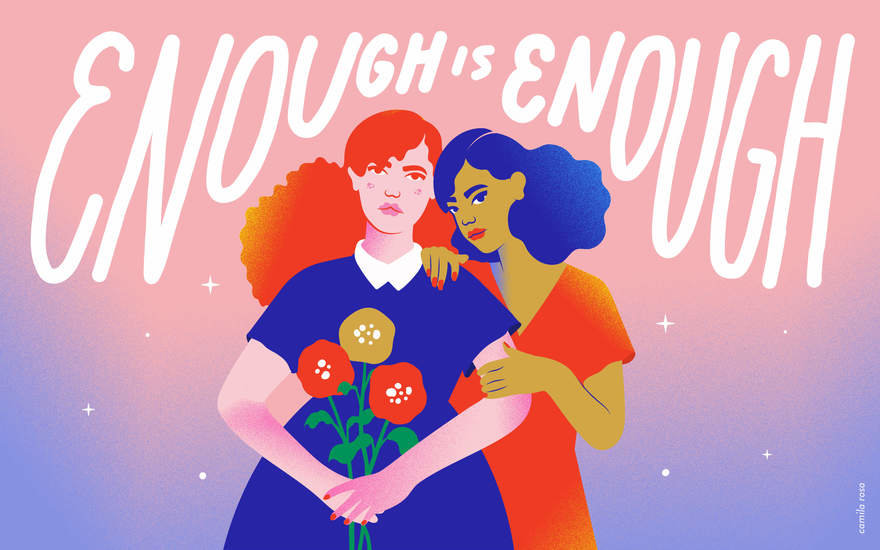 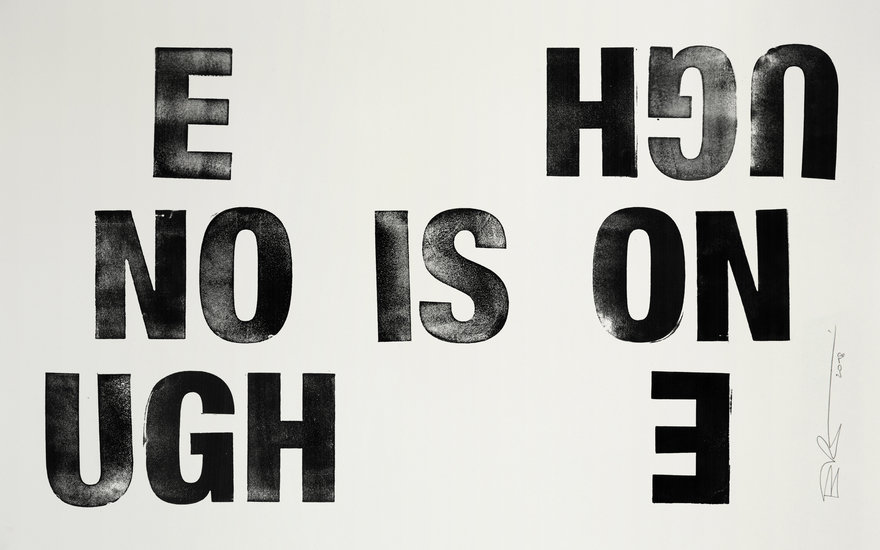 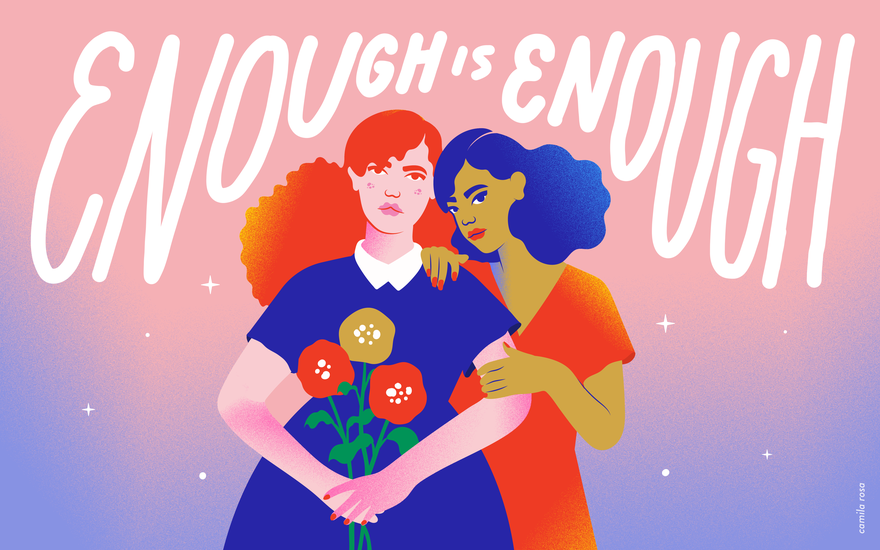 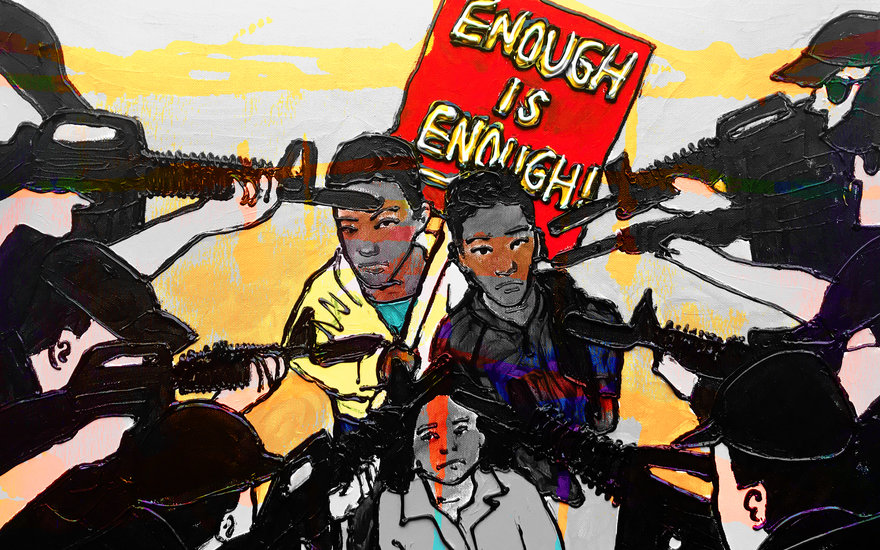 1) WeTransfer commissioned seven artists and designers, Edel Rodriguez, Kate Moross, Camila Rosa, Eike König, Ashley Lukashevsky, Brian Elstak and Henning Wagenbreth, to design artwork around the theme #EnoughisEnough. These pieces were bundled in a download pack for protesters to print for the march.

2) Kathy Shorr's Shot Project showcased the diversity and real, authentic stories of survivors with a collection of portraits of survivors of gun violence

3) Ellen Utrecht/MikeTeevee and Kyle Hausman-Stokes, a director and US Army combat veteran, created a PSA, titled Veterans for Gun Reform, featuring the voices of 16 military veterans speaking out about the need for new legislation – especially for the AR-15 – explaining that no civilian should have access to semi-automatic weapons.

4) Craig Taylor, the editor of Five Dials magazine and author of Londoners, took a more personal and emotional approach with an interactive digital story about one survivor of a shooting in Utah. Moving through the story, which features illustrations created using gunpowder, requires participation and interaction from the reader, drawing them into the experience of the survivor.

The gun violence campaign embodies WeTransfer's commitment to standing up for human rights while amplifying important work in the creative sphere. Each commissioned piece uses creative means to illustrate an important social and political issue and works to educate and emotionally impact readers and viewers.

All four pieces appeared on WePresent throughout the week of March 19th, and on March 24 & 25 WeTransfer ran 100% of its wallpaper advertisements dedicated to promoting the projects. The company called for people to take action in solidarity with the people marching that weekend, and with the victims of Parkland, Las Vegas, Orlando, Charleston, Sandy Hook, Blacksburg, Columbine, and too many countless others.