New York at Its Core

This ten year permanent exhibition examines the past, present, and future of New York City. Due to the city's ever evolving nature, a major design challenge was to continue the four curatorial themes – money, diversity, density, and creativity across three distinct eras. The large scale endeavor also required the Herculean task of organizing data and designing appropriate casework for 400 unique objects and multimedia. All of these needed to be presented in concert with each other. Furthermore all three utilized interactive media at the ends of the room to draw and to engage the visitor. This all of course had to be produced on budget while preserving the overall visual cohesion. 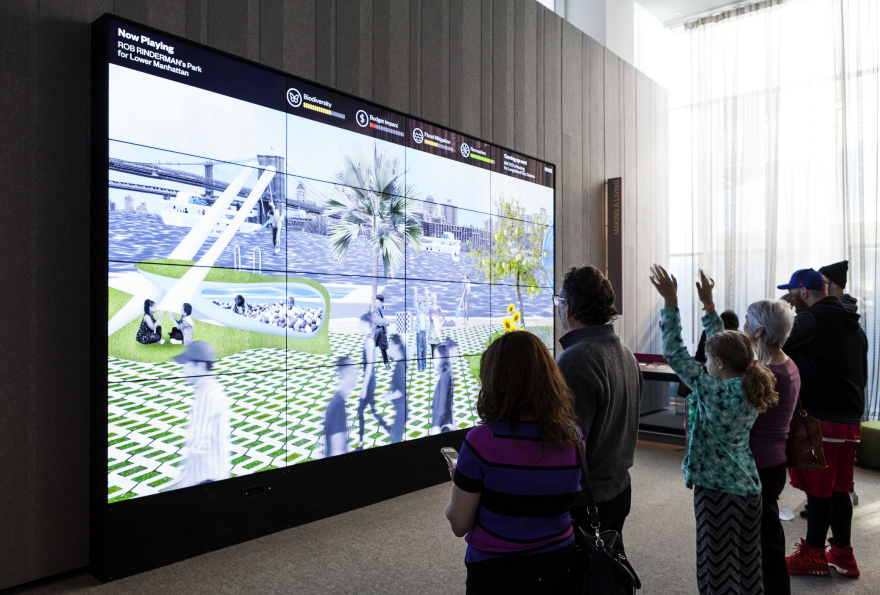 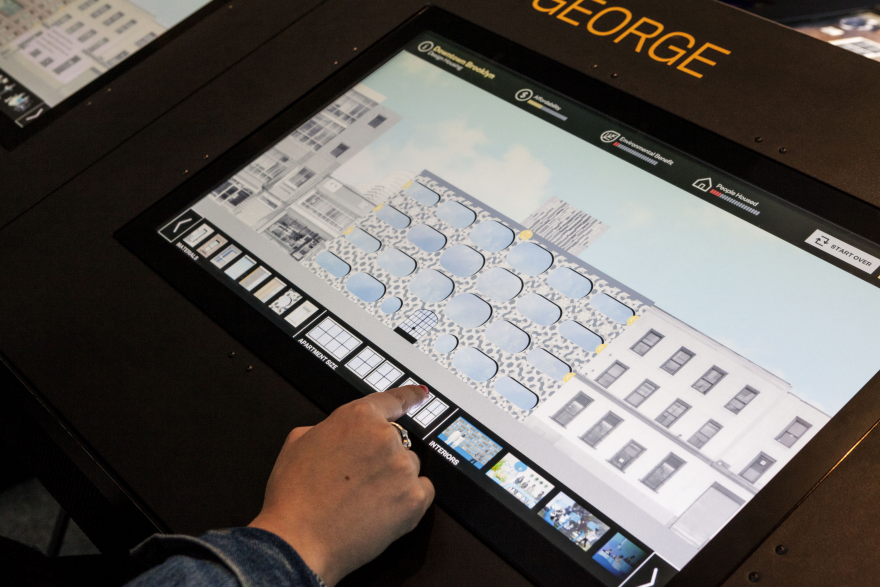 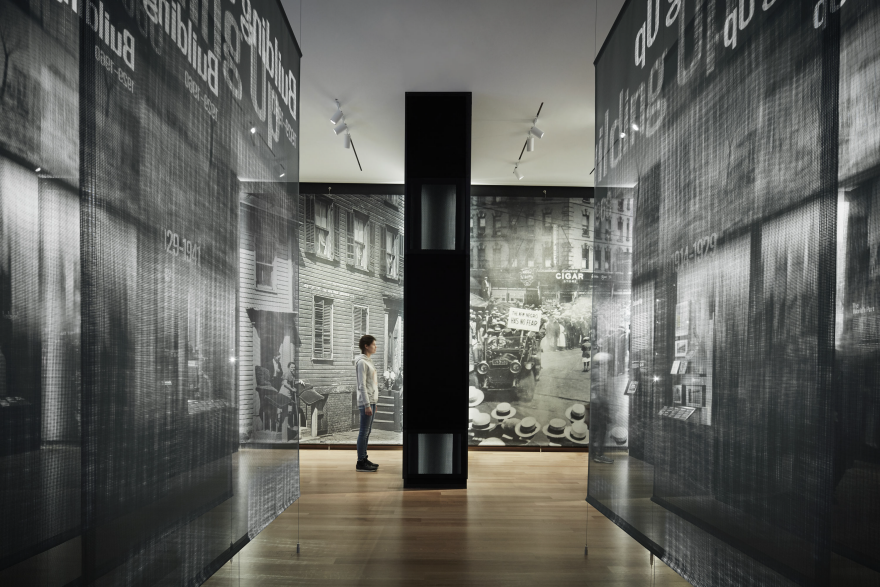 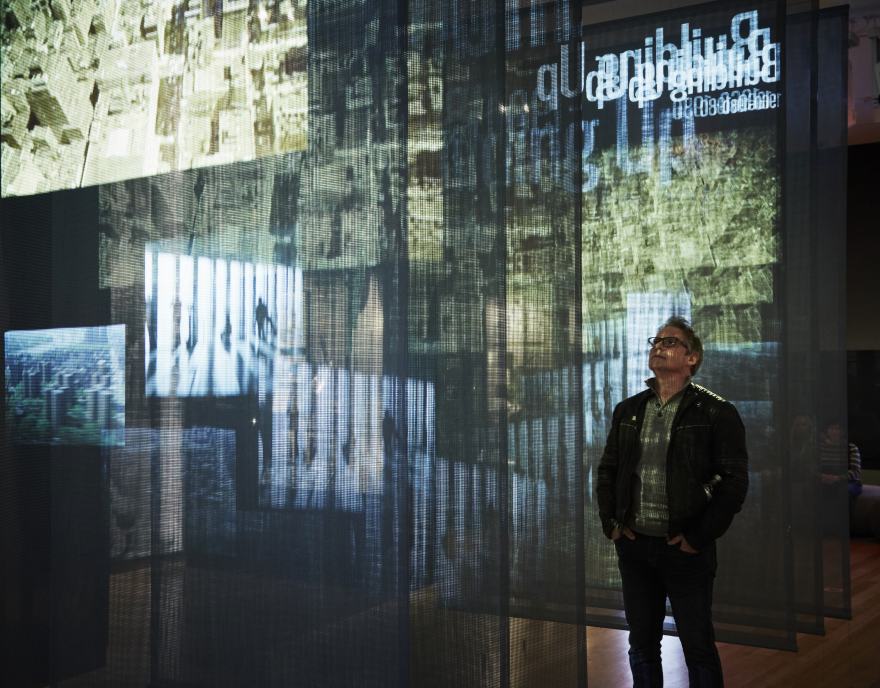 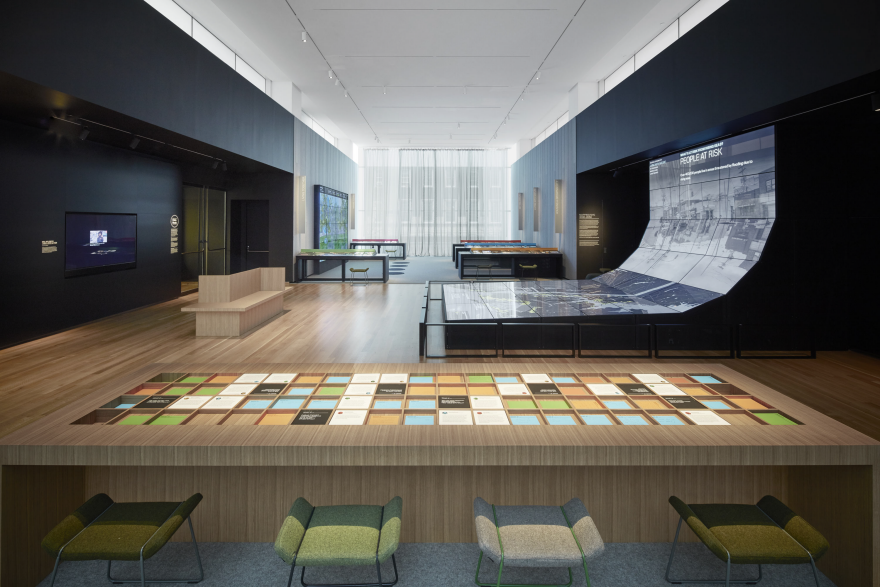 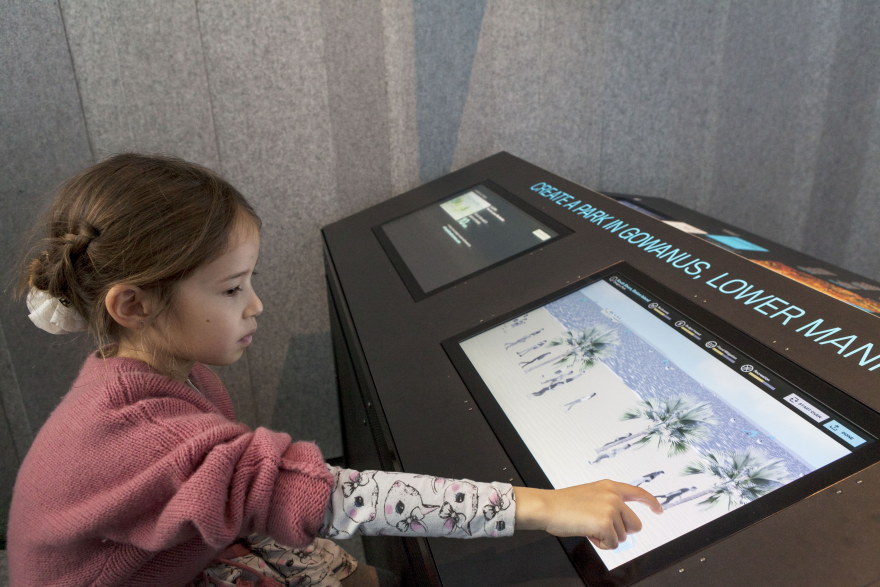 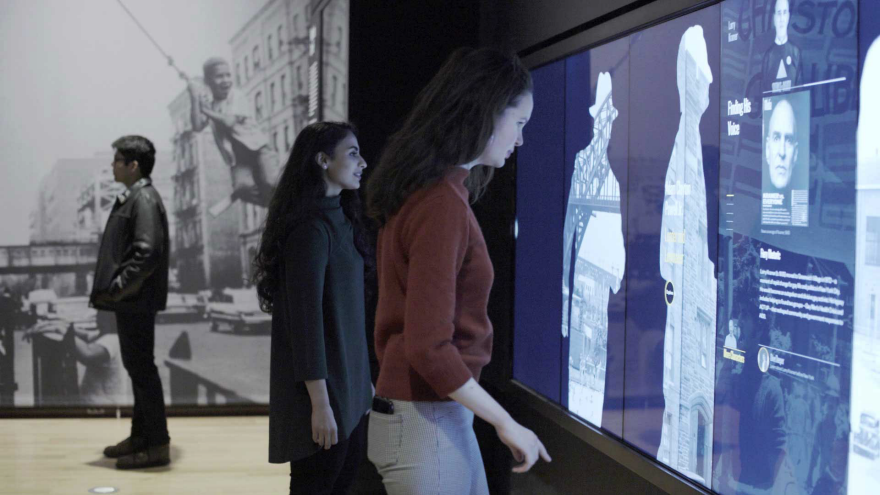 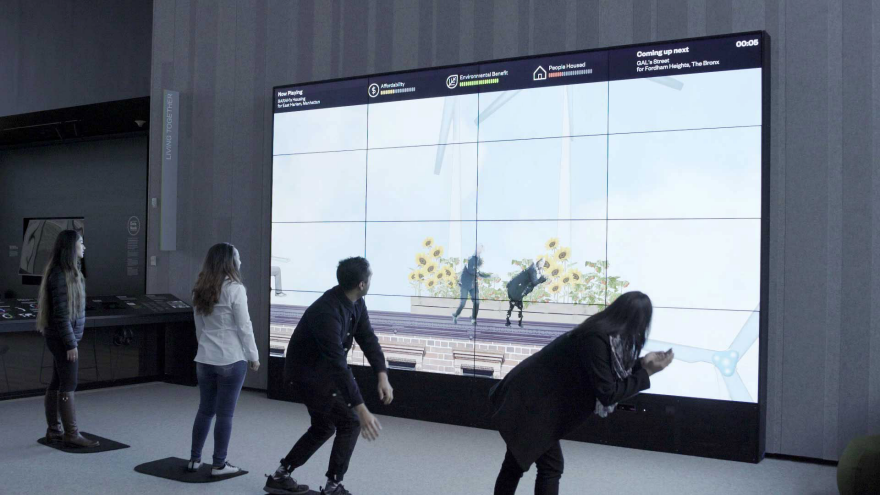 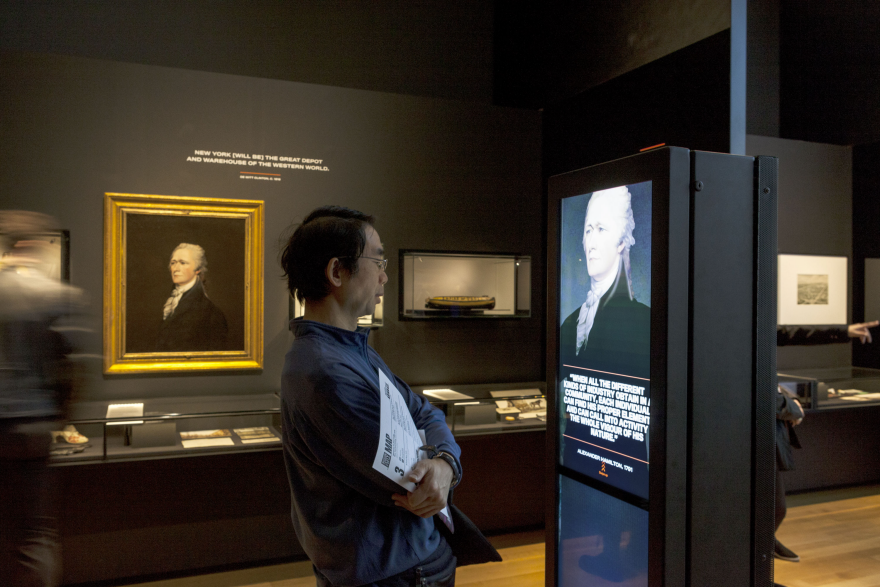 The rich history of New York's past is discovered in layers in this first gallery. The jewel boxes showcase essential objects for the eight time periods while the objects in the library case complement what is above. Each of the jewel box items speaks to the development of each curatorial theme. Reflective vertical fins visually elongate the room's depth. Using a system of standardized box construction, fabrication and installation was simplified. Minimal lighting fixtures highlight the jewel box items without being obtrusive. Bookending the gallery is a geographic map and a slideshow. The center of the gallery is populated with interactive "totems" which serve to highlight more discrete content.

New York history can be understood in glimpses and as a whole. Designed in a circular chronological order, each of these custom built cases serve as a snapshot into a decade – but cumulatively speak to the four curatorial themes of the exhibition. The jogs under shelves display context images for the subcategories within each case. At the end of the room, notable individuals who shaped New York's history such as Donna Karen, Jane Jacobs, Jay Z, stride across the interactive panel. A series of scrims minimally held at the edges display a series of collaged projections, as if to filter and combine the associative moments through the decades.

Gallery 3: Future of the City Lab

The stars of this gallery are emerging data trends and the visitor's own interpretation of a future New York. While the map table in the center of the room anchors with an infographic – the two wings of the gallery offer extensive opportunity for the visitors to play with their future New York. One side is analog, with a postcard table. Opposite, floor to ceiling screen displays different visitor versions of New York's seafronts and neighborhoods.