Many cultures have their own systems of alternative medicine, whose effectiveness cannot always be proven according to contemporary scientific analysis. They are usually regarded as mere cultural myths, such as the use of the tiger penis to increase virility in traditional Chinese medicine (TCM). At the same time, the huge demand for wild animals in TCM poses a threat to endangered species. Nevertheless, TCM may offer other benefits beyond mainstream western medicine. Is there a way to resolve the conflict between health, culture, and environmental conservation through a new interpretation of traditional Chinese medicine?

Bringing non-western perspectives to speculative design scenarios, this project proposes the use of emerging biotechnologies to create artificial animal parts for Chinese medicine. Combining western and Chinese medicine and technologies, this new hybrid medicine prevents the further destruction of both animals and traditional cultures, and provides more possibilities for the coexistence of human society and the natural environment. 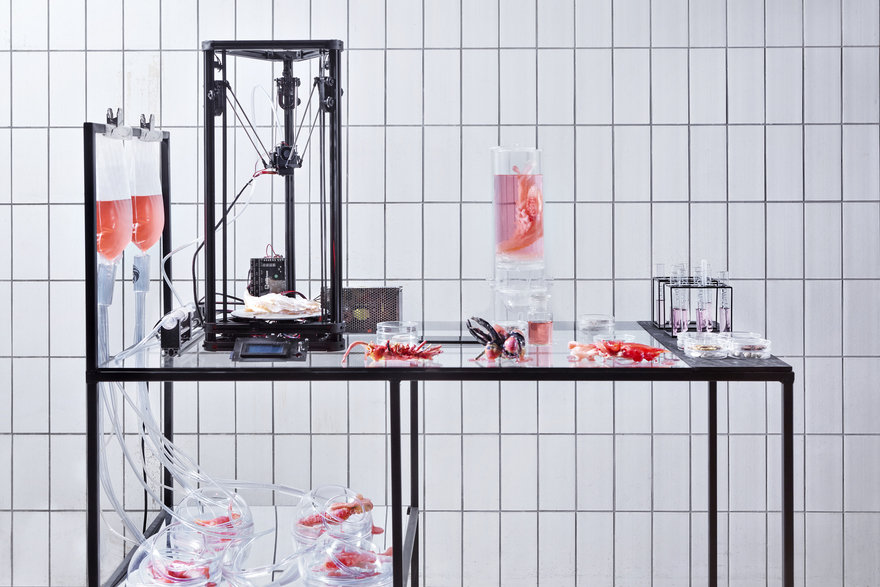 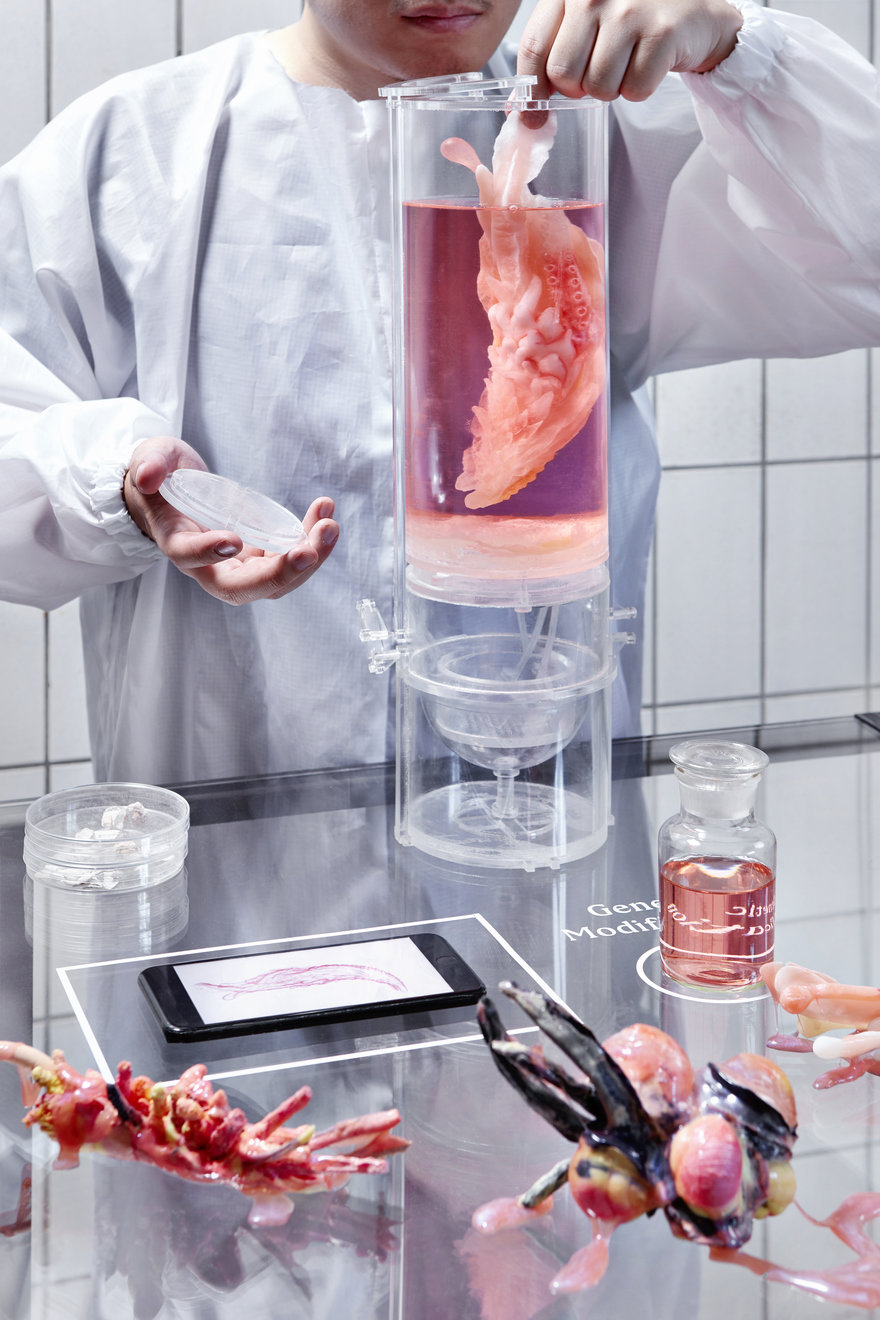 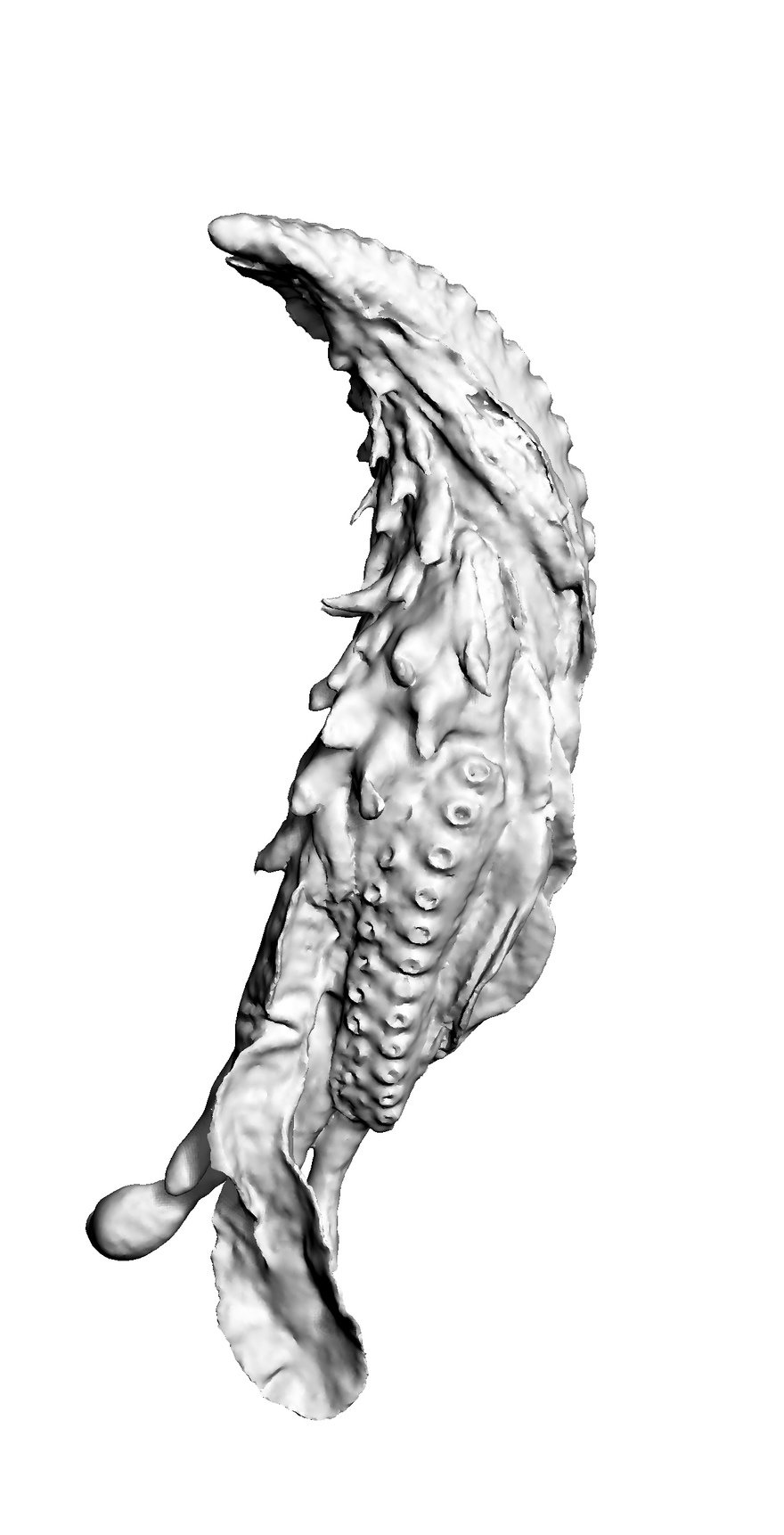 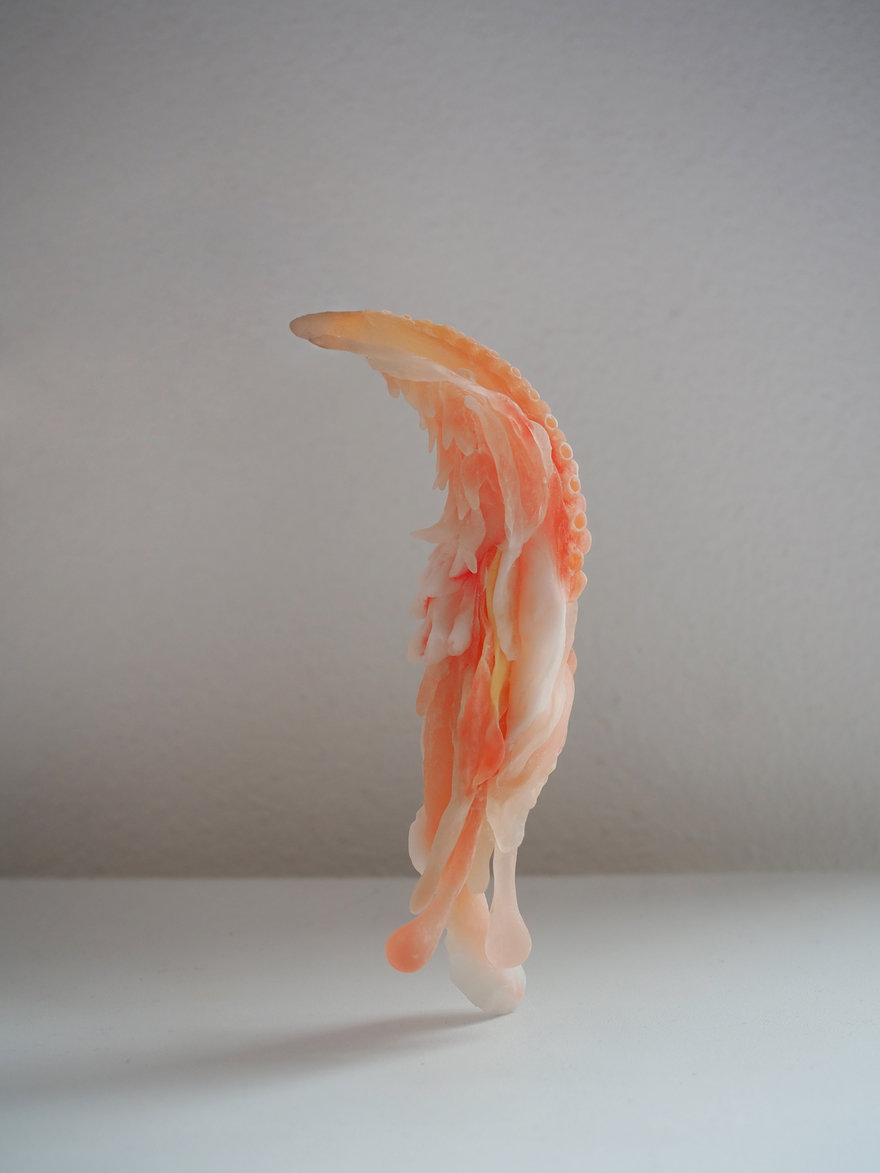 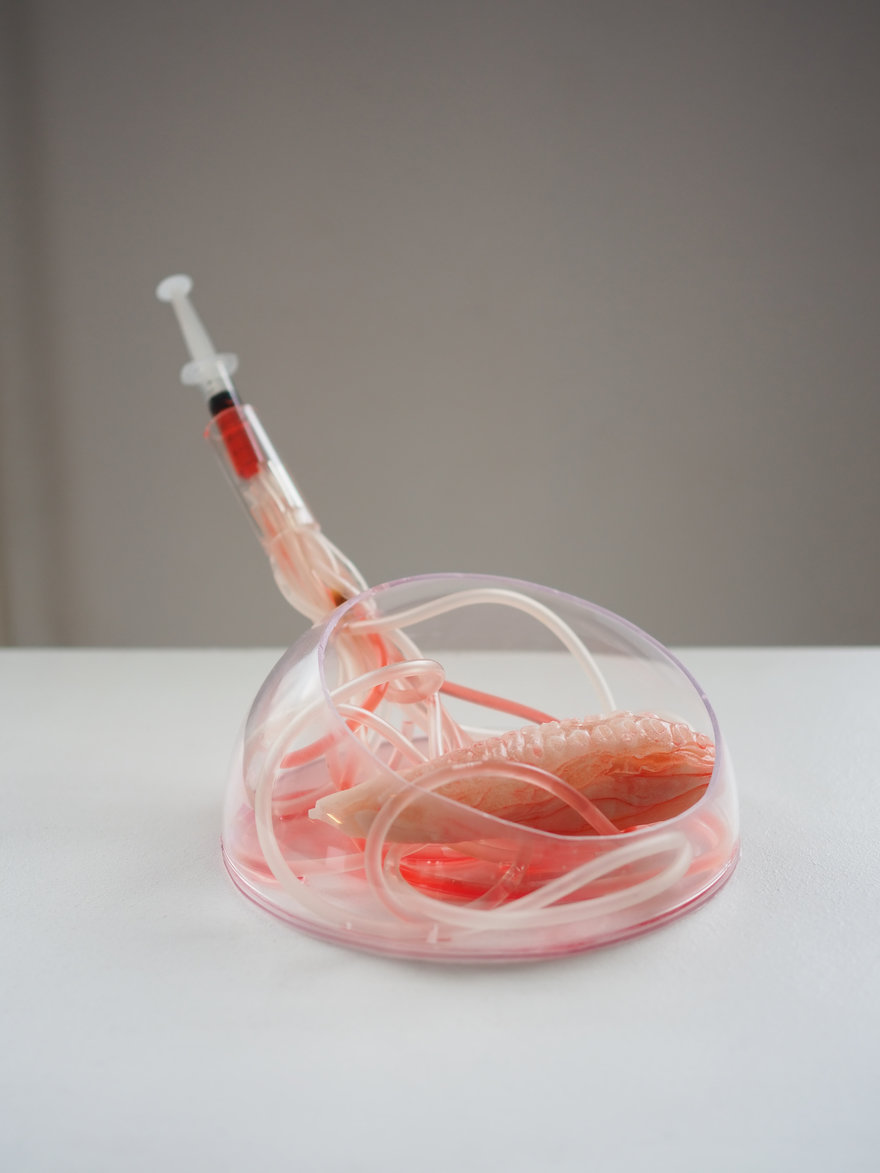 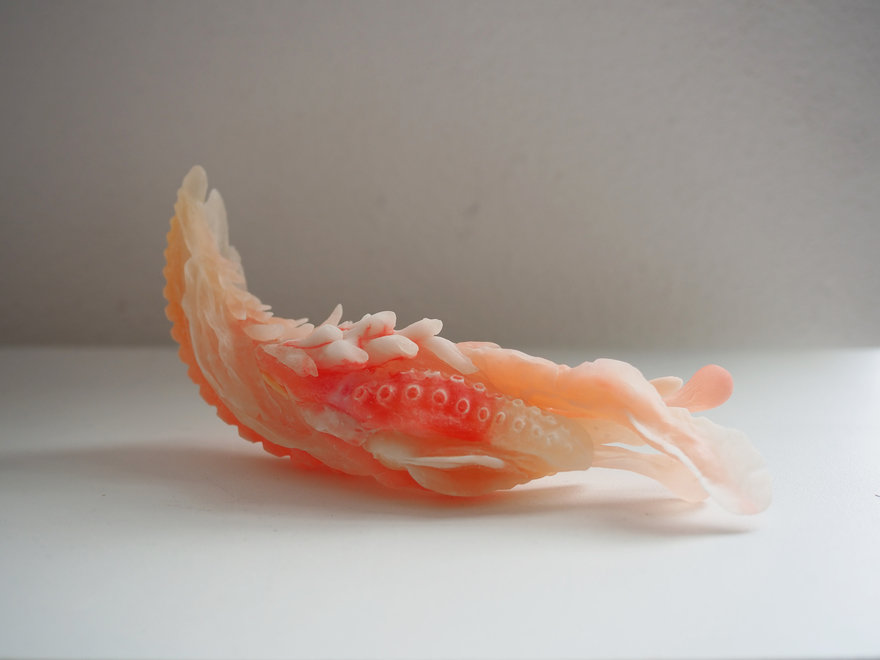 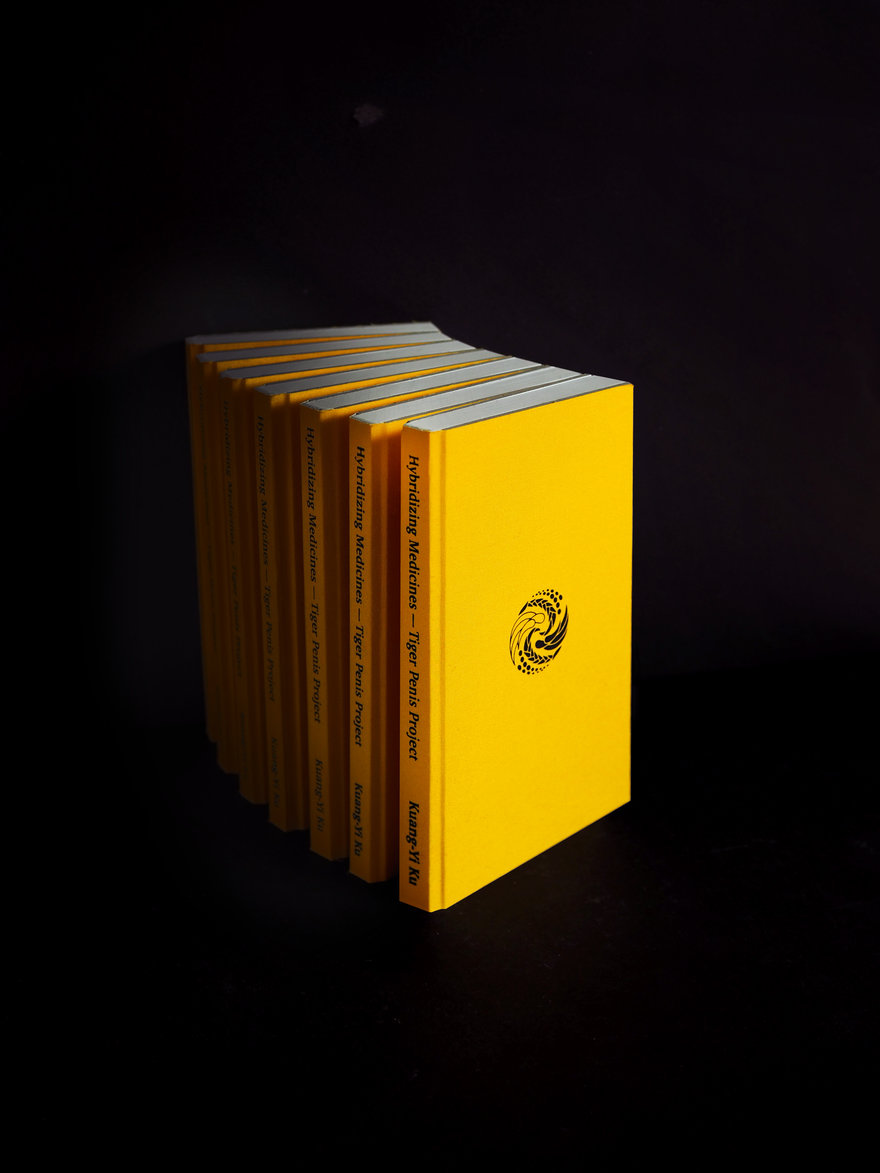 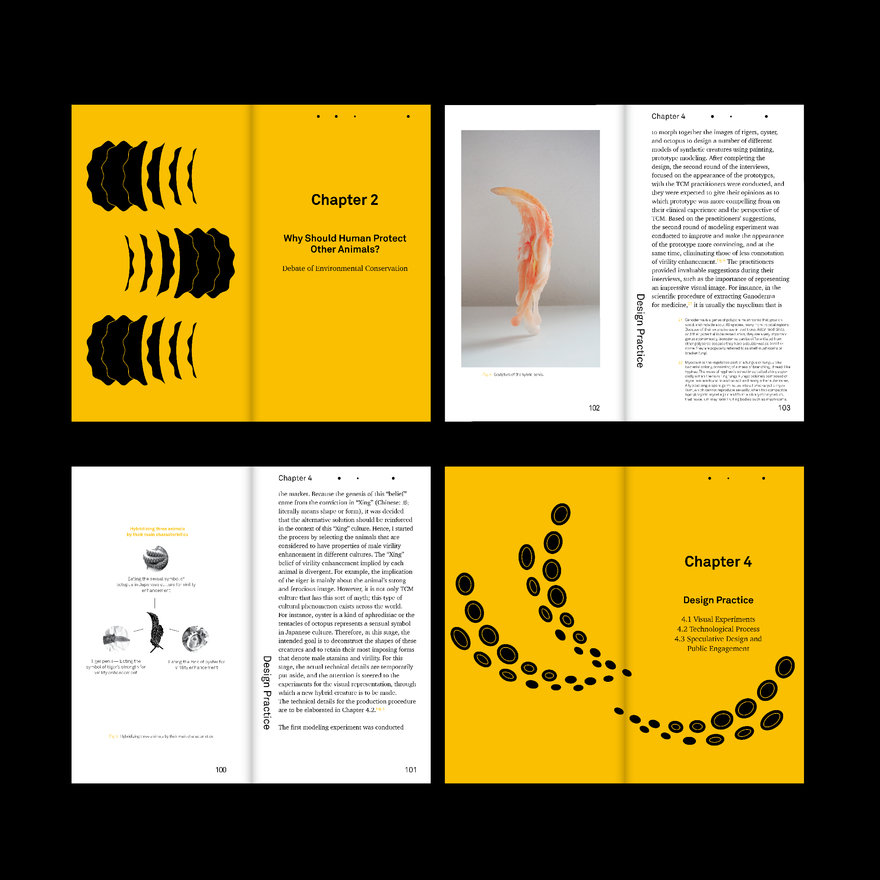 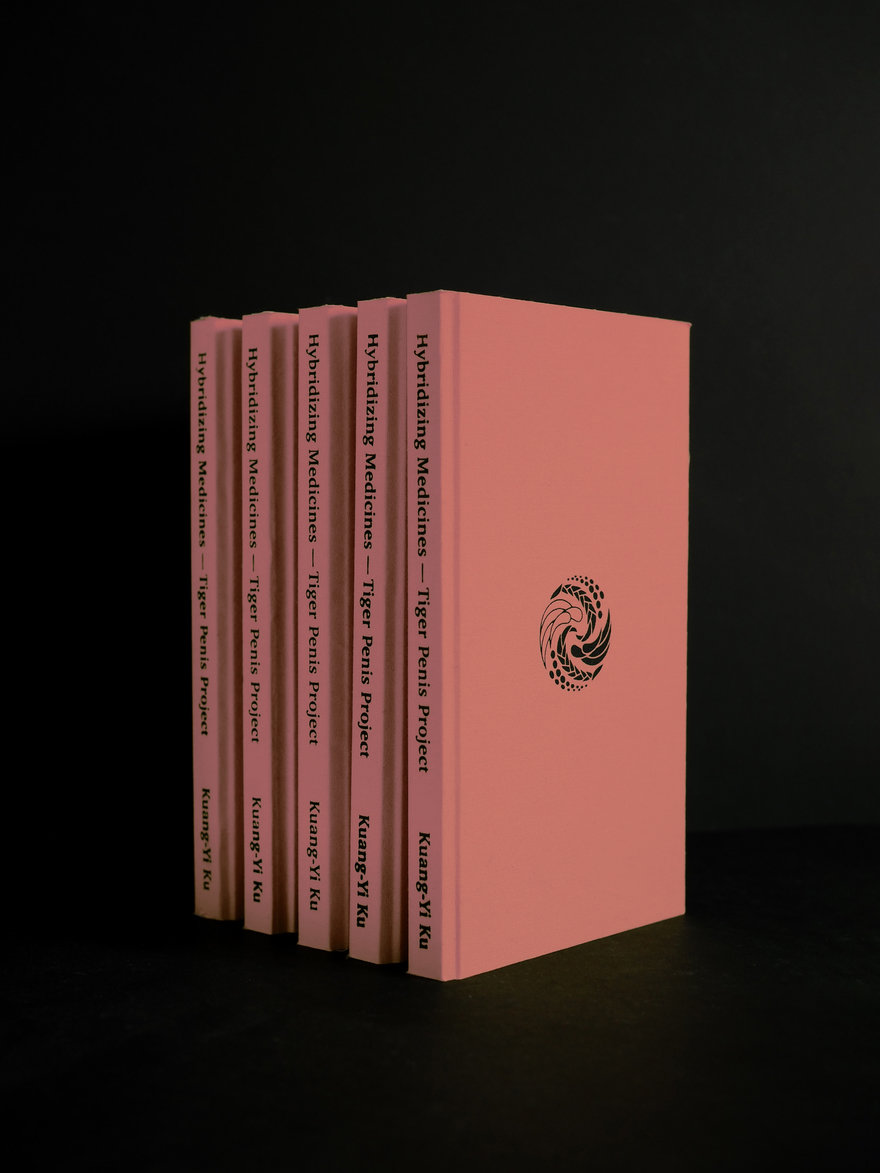 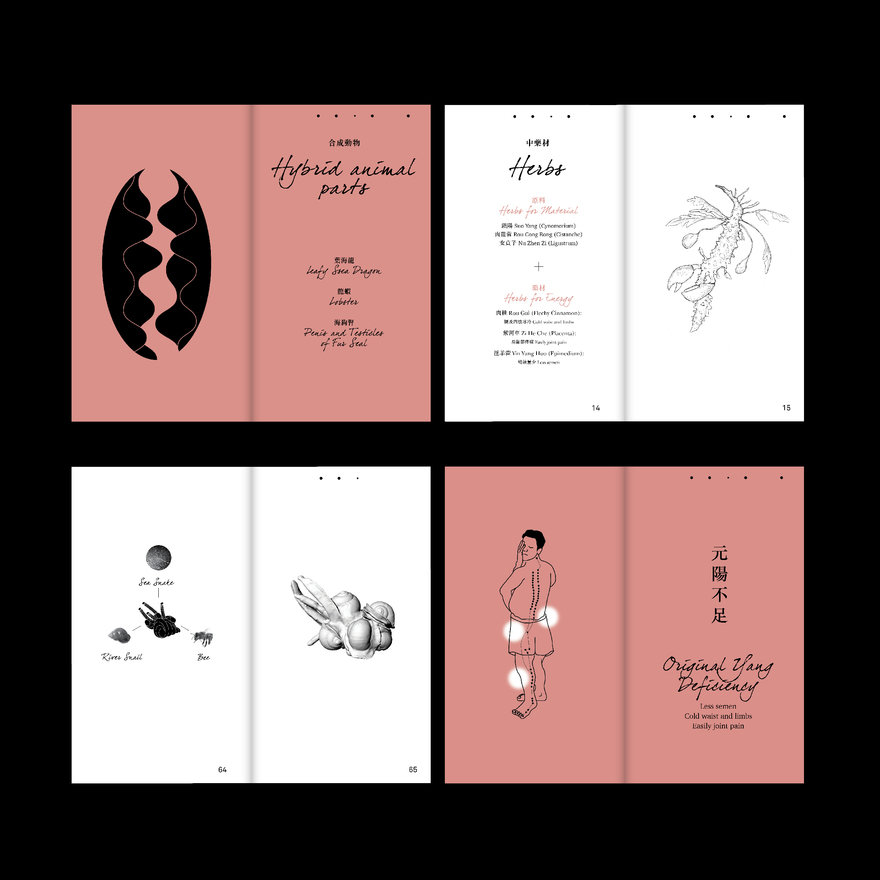 In TCM culture, the idea behind the myth of the eating of tiger penis for male virility enhancement is called "Yi Xing Bu Xing," which means that an ill person can consume an animal organ or part to nourish or heal the corresponding or similarly-shaped human organ or body part. The consumption of tiger penis is a cultural myth that formed under such a conceptual context. Against this background, how shall an alternative solution be designed? Due to the maturation of technologies for tissue culture and 3D bioprinting in recent years, scientists and commercial companies have been working collaboratively to synthesize cultured meat using these technologies to ameliorate the worldwide crisis of food shortage. Therefore, it seems feasible to produce "artificial tiger penis" by utilizing those technologies. However, such an idea might be problematic. For example, in recent years, scientists have attempted to take advantage of the technology to synthesize "artificial rhino horn." However, it turns out that the endeavor might not succeed in replacing the market demand for wild rhino horns; instead, the demand would probably increase. The problem is that the new market for synthesized horns will only serve as a cover-up for continuing illegal trade. Also, since the faux-horns are physically and genetically identical to the real ones, authorities will have a hard time telling the two apart. This may lead to poachers claiming that the horns they were bringing were actually cultured, allowing them to continue unpunished.

Therefore, the interviews with four TCM practitioners from Taiwan were conducted and subsequently a decision is made to propose a novel solution plan—to establish a new belief system of virility enhancement using technology to synthesize the medicine which is more potent than tiger penis. By setting this new belief system significantly apart from the old one, it is hoped that the myth of tiger penis is to be obsoleted in the market. Because the genesis of this "belief" came from the conviction in "Xing" (Chinese: ?; literally means shape or form), it was decided that the alternative solution should be reinforced in the context of this "Xing" culture. Hence, I started the process by selecting the animals that are considered to have properties of male virility enhancement in different cultures. The "Xing" belief of virility enhancement implied by each animal is divergent. For example, the implication of the tiger is mainly about the animal's strong and ferocious image. However, it is not only TCM culture that has this sort of myth; this type of cultural phenomenon exists across the world. For instance, oyster is a kind of aphrodisiac or the tentacles of octopus represents a sensual symbol in Japanese culture. Therefore, at this stage, the intended goal is to deconstruct the shapes of these creatures and to retain their most imposing forms that denote male stamina and virility. For this stage, the actual technical details are temporarily put aside, and the attention is steered to the experiments for the visual representation, through which a new hybrid creature is to be made.

The first modeling experiment was conducted to morph together the images of tigers, oyster, and octopus to design a number of different models of synthetic creatures using painting, prototype modeling. After completing the design, the second round of the interviews, focused on the appearance of the prototypes, with the TCM practitioners were conducted, and they were expected to give their opinions as to which prototype was more compelling from on their clinical experience and the perspective of TCM. Based on the practitioners' suggestions, the second round of modeling experiment was conducted to improve and make the appearance of the prototype more convincing, and at the same time, eliminating those of less connotation of virility enhancement. The practitioners provided invaluable suggestions during their interviews, such as the importance of representing an impressive visual image.

After reviewing the visual images of the synthetic creatures designed in the modeling experiment, this part is to specify the technologies and techniques entailed for the application. Even though there might not have been the actual application of some of the emerging technologies mentioned here, the theoretical feasibility is to be presented here. Additionally, some of the technologies that are not to be practically performed in today's society owing to ethical reasons are to be discussed for the feasibility at a scientific level.

Regarding the creation of this hybrid creature, the first element to discuss is genetic engineering. By using genetic technology in this project, it is attempted to sequence the DNA of the creatures such as tigers, oyster, and octopus that boast the connotation of virility enhancement, to synthesize cells of the new synthesized creature. Undoubtedly, this involves the identification of the genetic sequences of each creature and what are the DNA sequences to be put together, but it is not impossible at a theoretical level.

With the cell containing the genes of various creatures, the next step entails the technologies of tissue culture and 3D bioprinting to develop a specific organ of the synthetic creature as the ingredient of the new virility enhancement pills. First of all, it entails a 3D printer to print the mold of the synthetic creature's organ and to insert cells into the structure of this mold simultaneously. After that, this blob of tissue is to be placed in a sterilized incubator for temperature and humidity control. The structure of the synthetic creature consists of the hydrogel as the printing material, and the cells are printed simultaneously inside the hydrogel structure. Different organ requires a different set of cell composition. For instance, the formation of a penis involves epithelial cells and connective tissue cells, among others. Therefore, a synthetic creature's organ can be made just by employing hydrogel and different cells as the materials, and it shall then be developed in a sterilized incubator. Concerning this part of the technology, the discussion between scientists who are specialized in tissue culture and I has been continued to avoid an imagination distant from actual science so as to base this design on biological science rather than empty talk and fantasy.

In this project, due to legal restrictions, some of the technologies still cannot be implemented in the design practice at this stage, including genetic modification of animals. Thereby, at this stage, the approaches of speculative design and critical design are utilized to create a fictional scenario. For the scenario, a series of objects, images, and performances or activities are offered to allow the viewers to experience the ethical, economic and political debates that might appear in the future society where the pills have been invented.

According to the interviews with the TCM practitioners, clinical treatments given to patients with sexual dysfunction normally depend on the patients' respective problems, e.g., low sperm count, lack of endurance, and insufficient hardness. The medicines prescribed varies with symptoms, and the problem is not to be solved by using a single type of animal/plant-derived drug. Besides, in most cases in TCM treatment, a combination of various animal/plant-derived medicine is prescribed accordingly to a specific symptom. On the contrary, Viagra—of the Western medicine—can provide immediate effectiveness against sexual dysfunction once taken, while TCM virility enhancement medicine is often consumed chronically to reboot the balance within the body. Based on the above knowledge, for this future scenario to be created, there will be a new form of a habit of taking such a virility enhancement medicine. This habit is a combination consisting of TCM and the Western medical practices. And it is used in different combinations to treat different symptoms.

According to the conventional production methods of TCM virility enhancement medicine, a number of creatures are to be soaked in white spirit for about a month, and then the medicine shall be taken a cup per day. Therefore, in this future scenario, a similar fashion is being employed to create a new diet culture for virility enhancing effects. After this virtual virility enhancing food are created, workshops are to be held for the public to participate to experience the various kinds of hybrid virility enhancing food. Additionally, a series of group discussions are to be organized to allow the participants to exchange views on this type of novel food that binds the Eastern and Western cultures. Besides, this kind of food that cannot tell to be real or fake is often seen in life. For example, crab stick from Japan is an example of popular "fake" food. It does not actually contain crab meat, but it has formed a new fashion of eating and has become a new kind of food. Furthermore, some questions might be raised among these instances and discussions: What is the value of such type of fake food in human society? Is this kind of food analogous to the belief system in TCM? Considering the storied formed by food and virility enhancement are divergent in different cultures, are we able to create a new story of food and medicine?

Designboom "Kuang-Yi Ku creates artificial animal parts to replace the use of real ones in chinese medicine" http://www.designboom.com/design/kuang-yi-ku-tiger-penis-project-design-academy-eindhoven-10-28-2018/?