Identity and campaign for the 2018 version of Tribeca Film Festival. This identity sought to talk about the festival beyond film, by putting bringing storytelling to the spotlight. This was achieved by going back to the script as an object, and incorporating the language of screenwriting into the campaign. The result is a campaign that invites the audience to experience storytelling through all of the festival's verticals (film, tv, music, vr, games and talks), and to create their own stories. 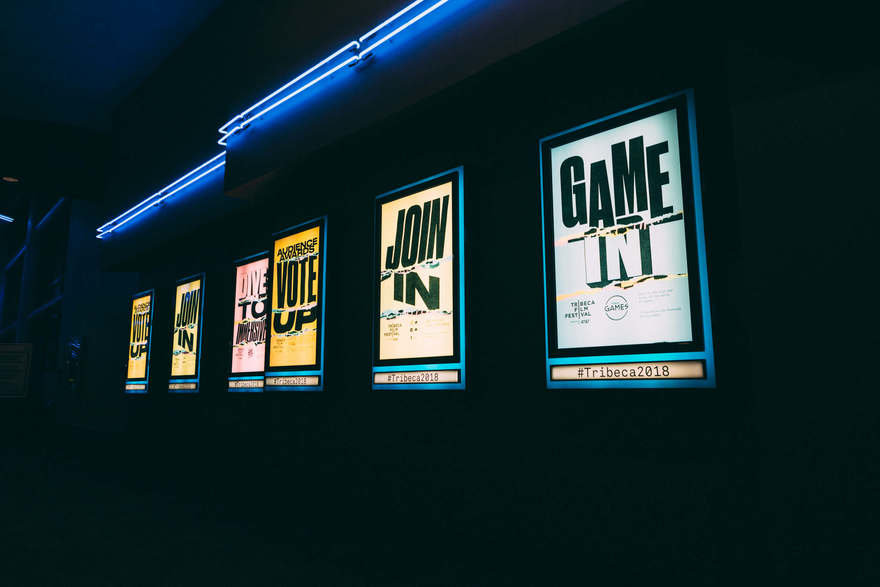 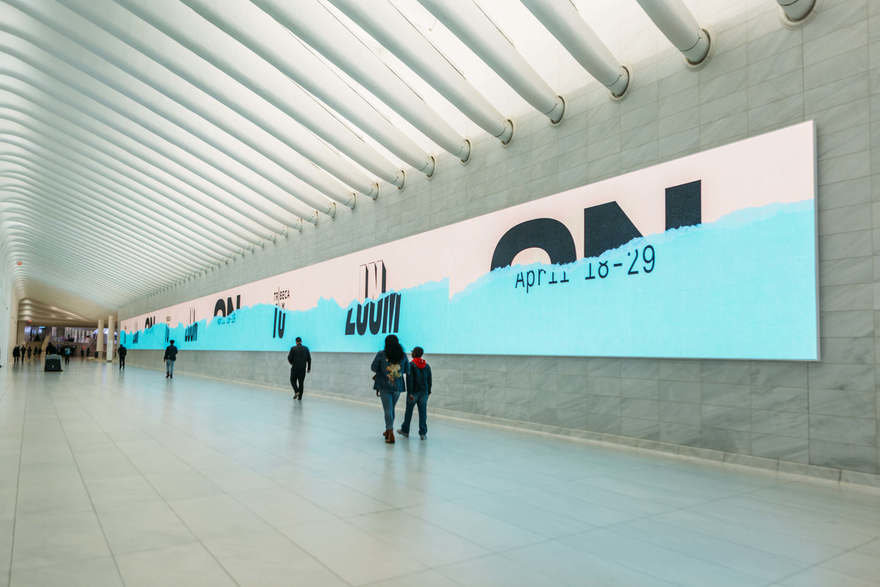 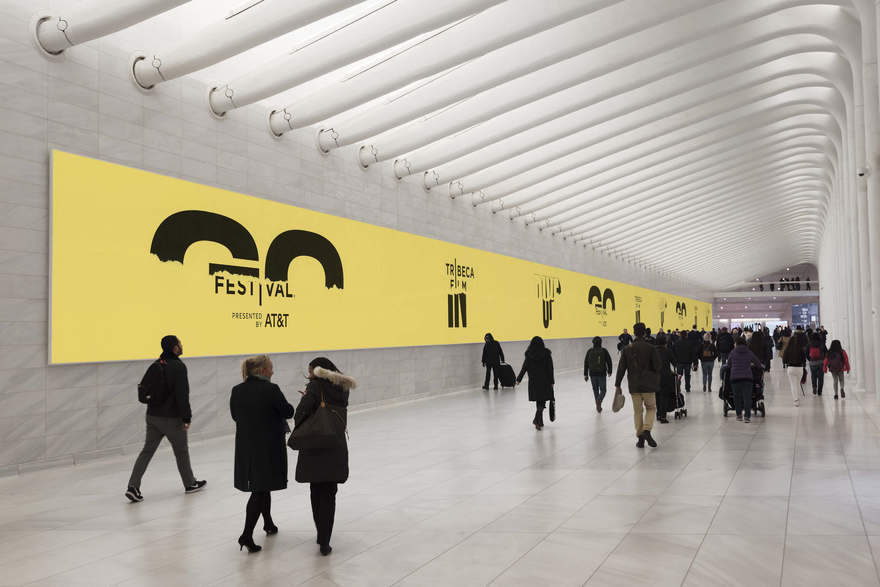 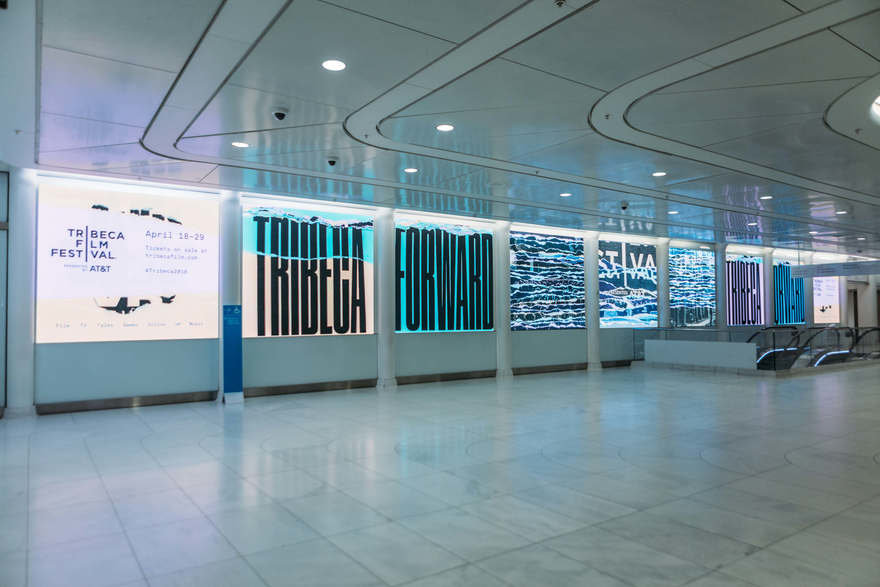 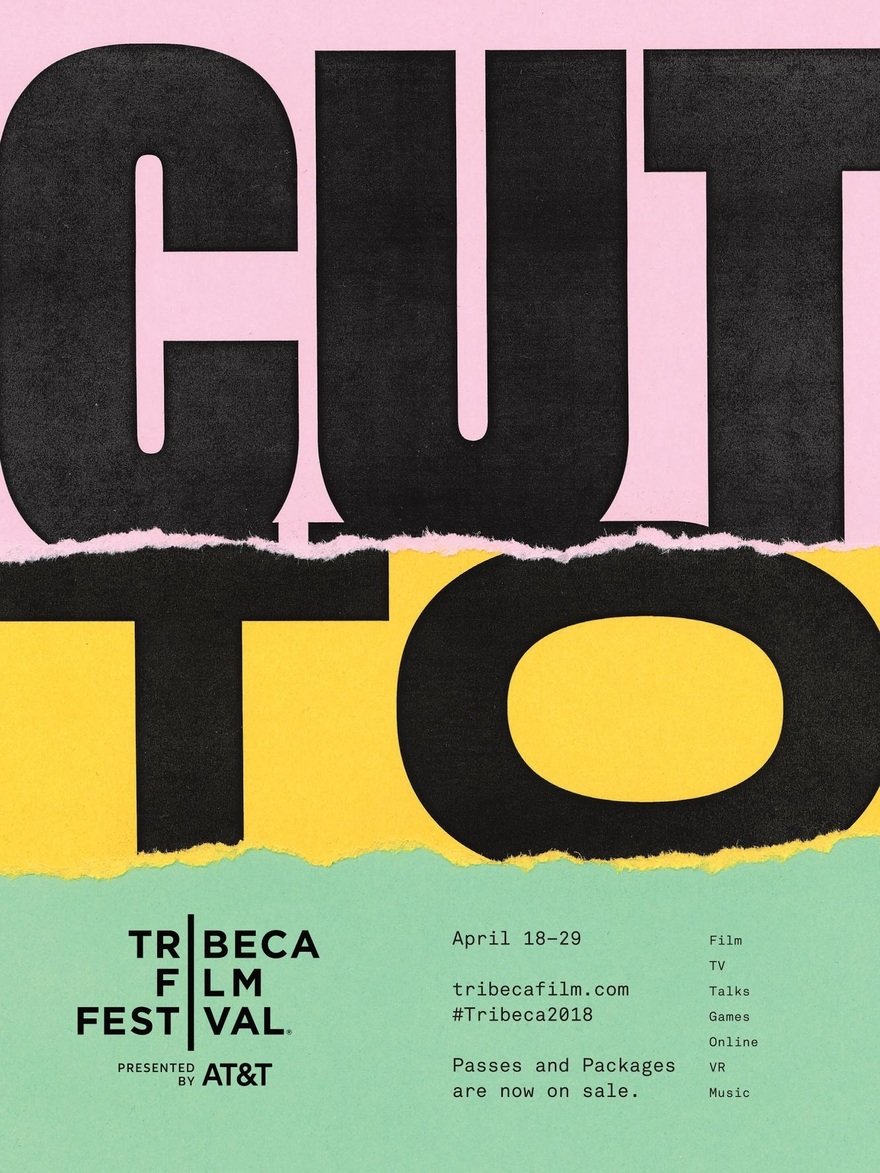 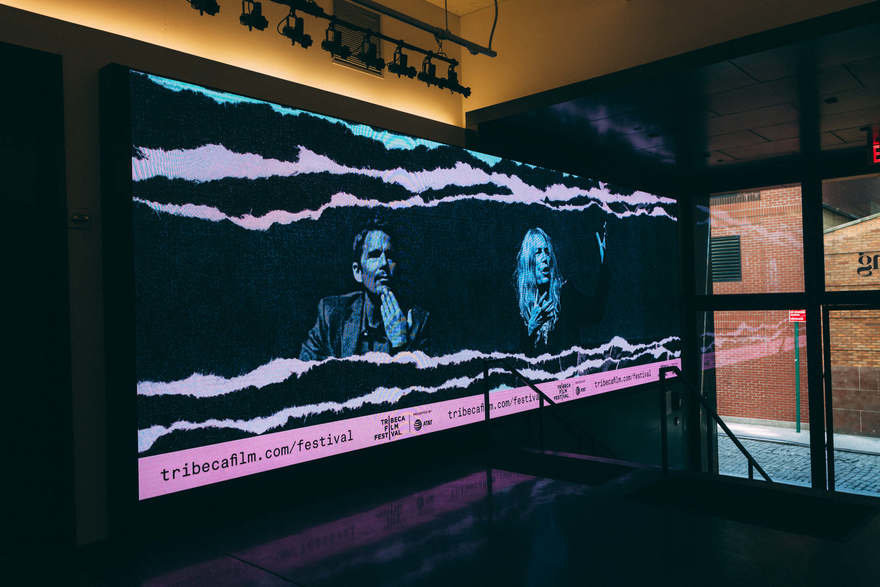 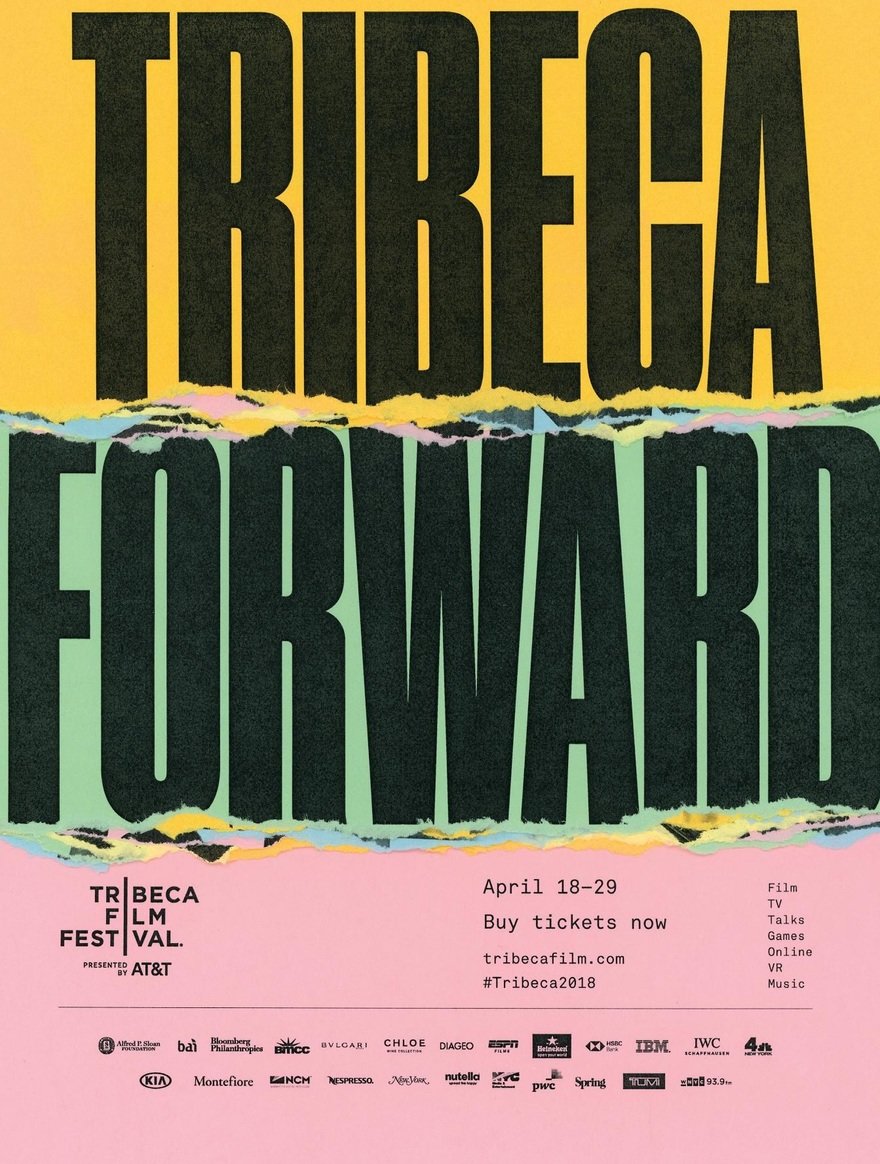 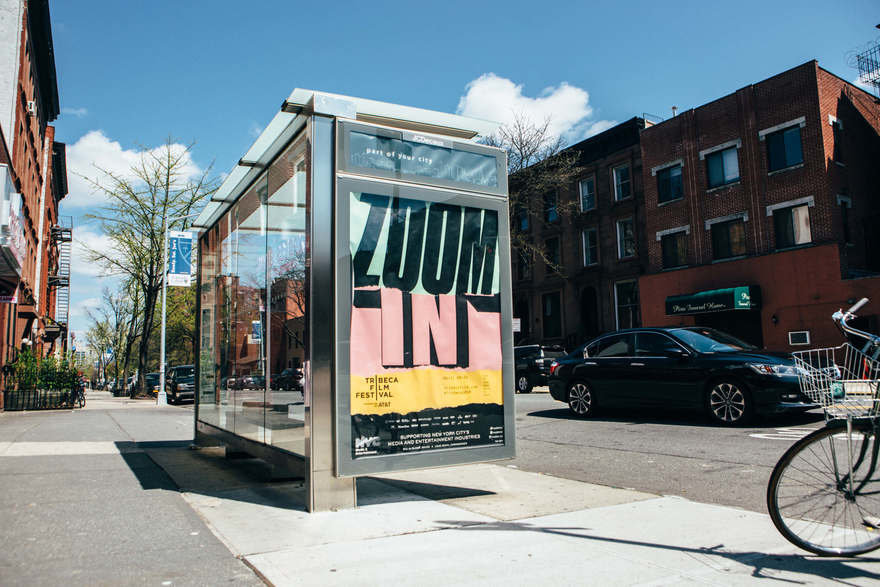 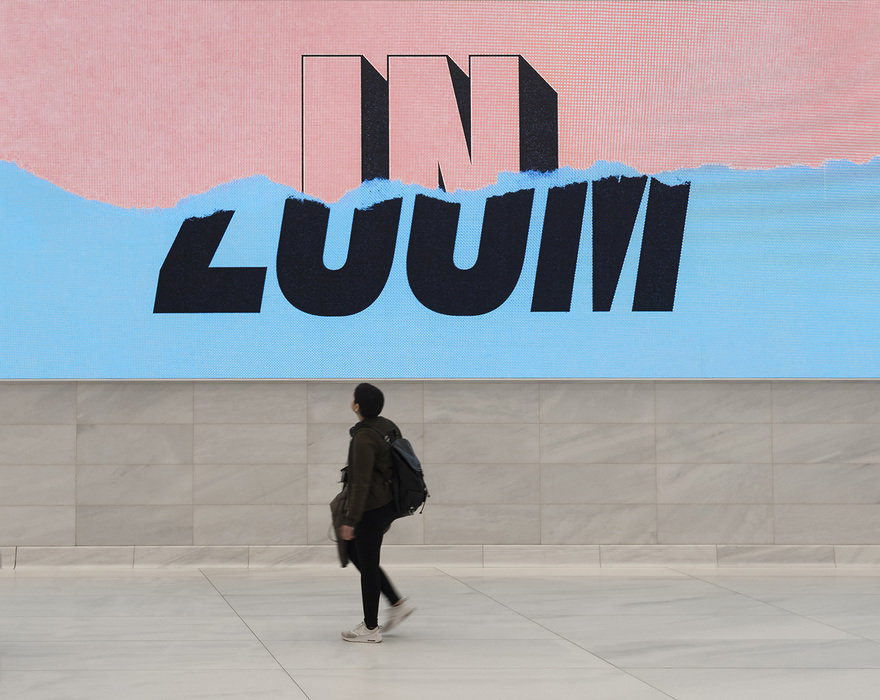 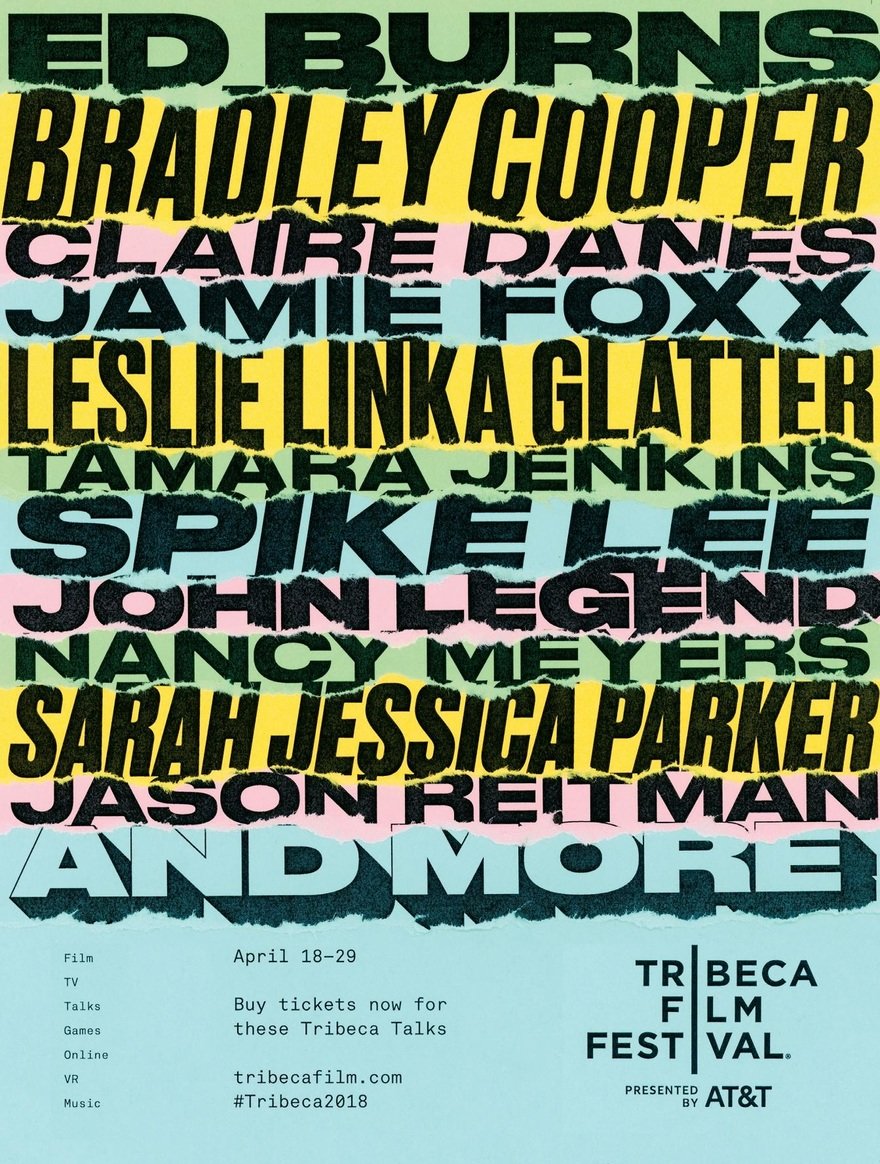 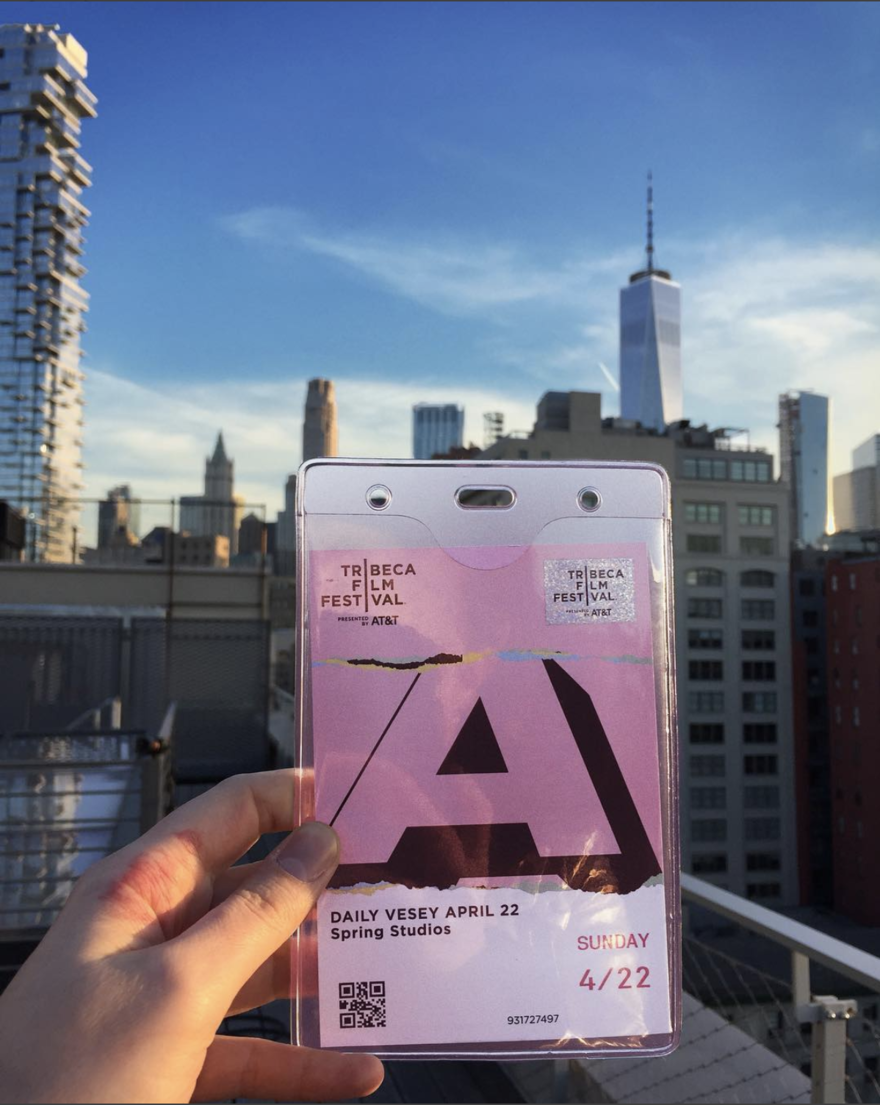 For its 2018 edition Tribeca Film Festival designed and produced its whole campaign in-house. The goal was to design a campaign and identity based on Tribeca's mission of 'celebrating storytelling', but also to reframe the way in which the festival itself was presented. We aimed to speak about culture from a more accessible standpoint, and to invite a wider audience to engage in the conversation.
The resulting concept finds its roots in screenwriting language, and the script as an object. The campaign expands the commands commonly found in any script (such as "fade in", "cut to") through language mash-ups, and addresses the audience directly. The system is based on phrasal verbs, and the effect the matching of different adverbs has on each verb. The color and type choices, as well as the hands-on approach, reference the actual printed script.
The campaign presents the Tribeca Film Festival as a layered experience; the more complex and layered the experience is, the more meaningful and richer the pay-off. This is an invitation to explore the festival beyond film, and engage with the rest of its verticals (Talks, TV, VR). The design references this through the layering and tearing of the pieces. It's a human touch that speaks about the individual's Tribeca Film Festival experience.
The sequencing of pieces led to the reveal of "Tribeca Forward" as the final mash-up. This final version was placed in the actual space of the festival, the final frame of motion pieces, and also the last batch of printed and digital pieces to come out. The point was to raise the question "if Tribeca was a verb, what would it be?" to the audience. The adverb "Forward" hints at moving forward, seeing beyond, but doesn't provide an answer.
The campaign lived in a wide array of media, including printed ads in magazines, badges, merchandise, outdoors, motion pieces and online ads, and every single piece was produced by hand.