The project: ' Light Moving Color' was started by a special physical phenomenon created by dichroic beamsplitter. Dichroic beamsplitter is a scientific material usually uses in some instruments, it can reflect one color and transmit another color at the same time. Through moving process of the brass ring, the light color is moving all the time. It challenges traditional relationship between people and light and creates new interaction experience for people. 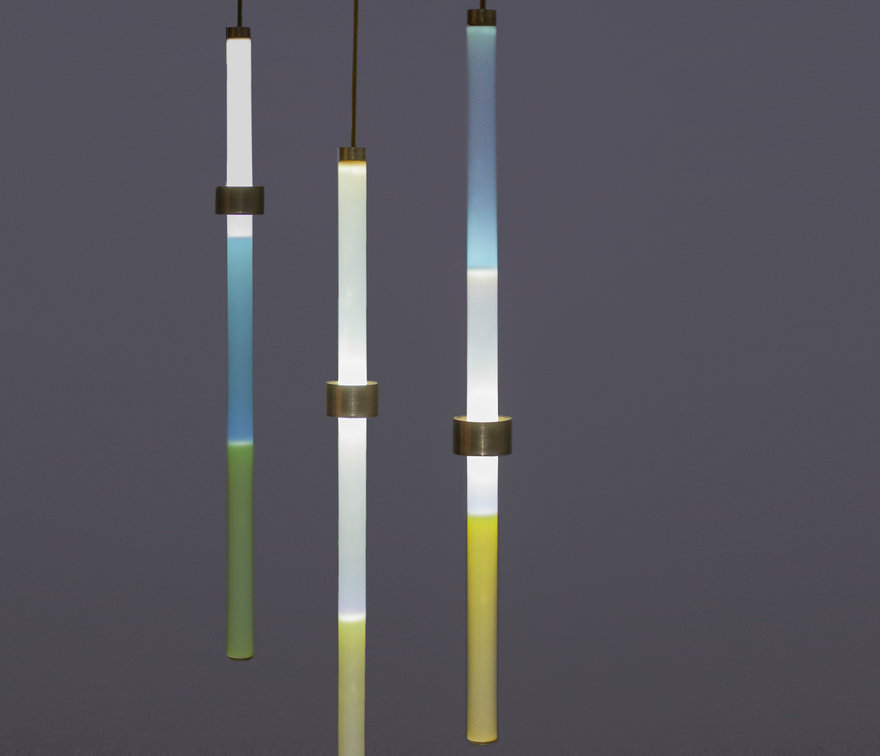 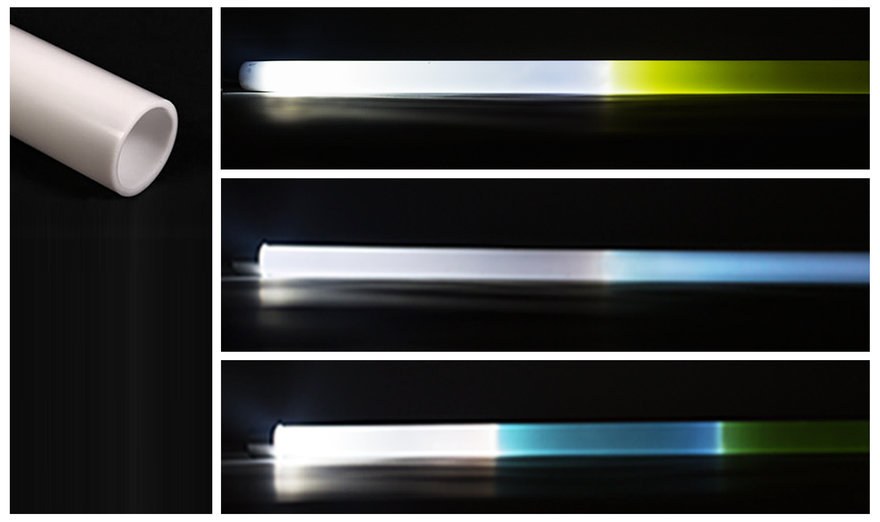 Tube Structure The tube is double structure. The inner tubes are two transparent tubes to fix a dichroic beamsplitter in the middle position. The outer tube is white smooth PC to make internal structure is invisible for people.

Light Moving Phenomenon The light source moves from left of the tube to the right.Through this moving process, the light is changing all the time. 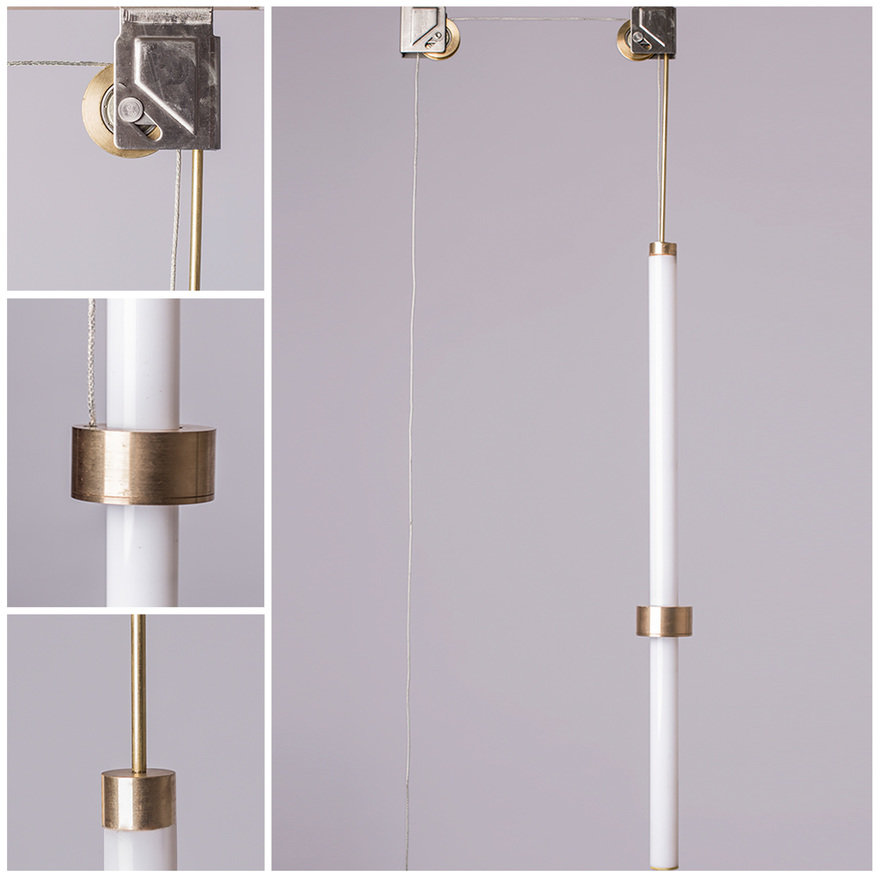 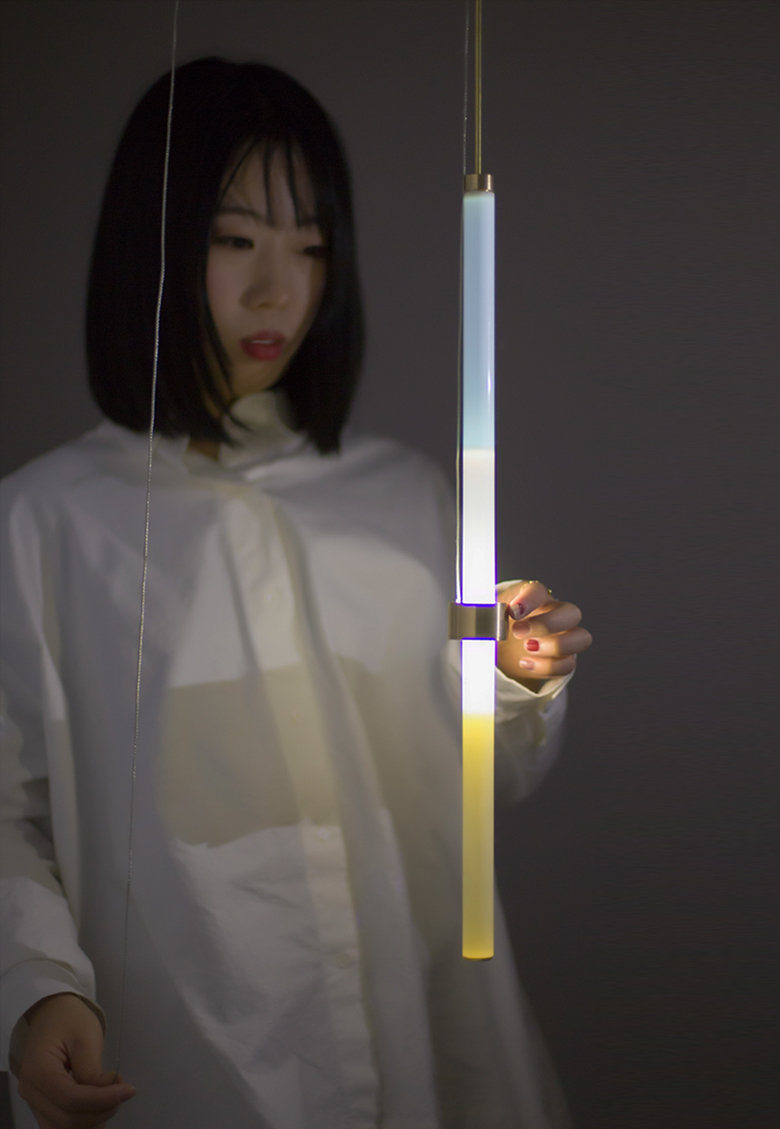 New Interaction between Light and People 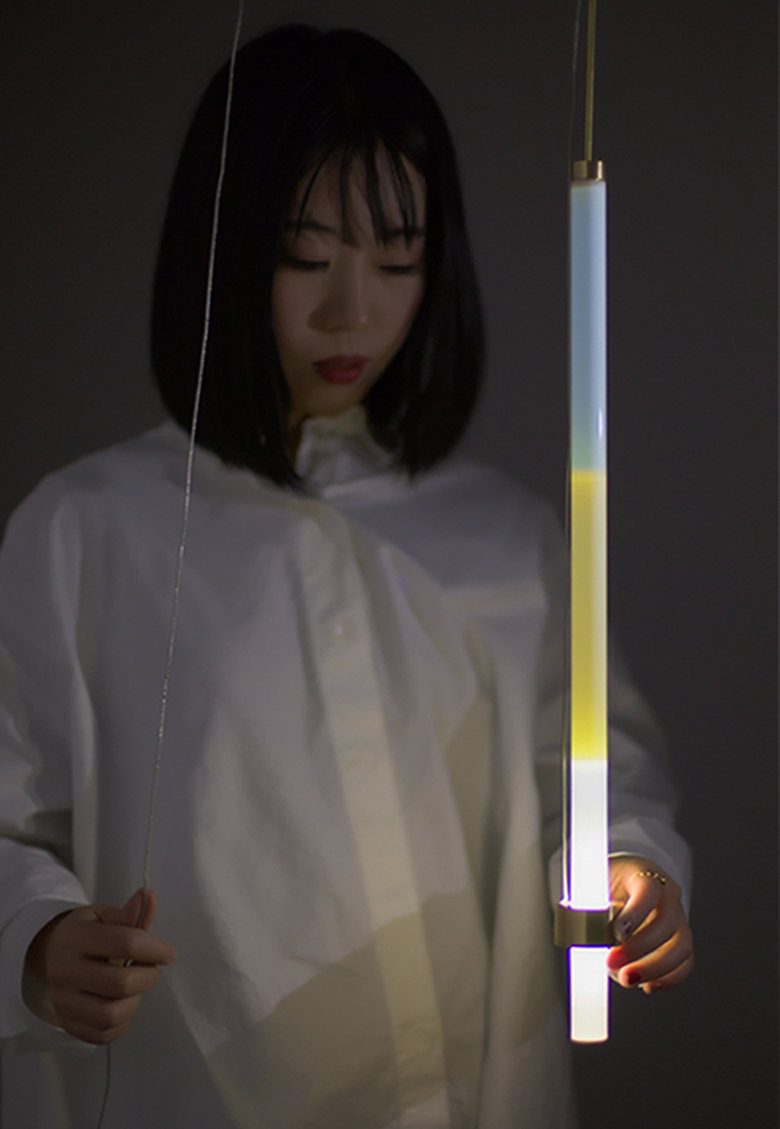 New Interaction Between Light and People 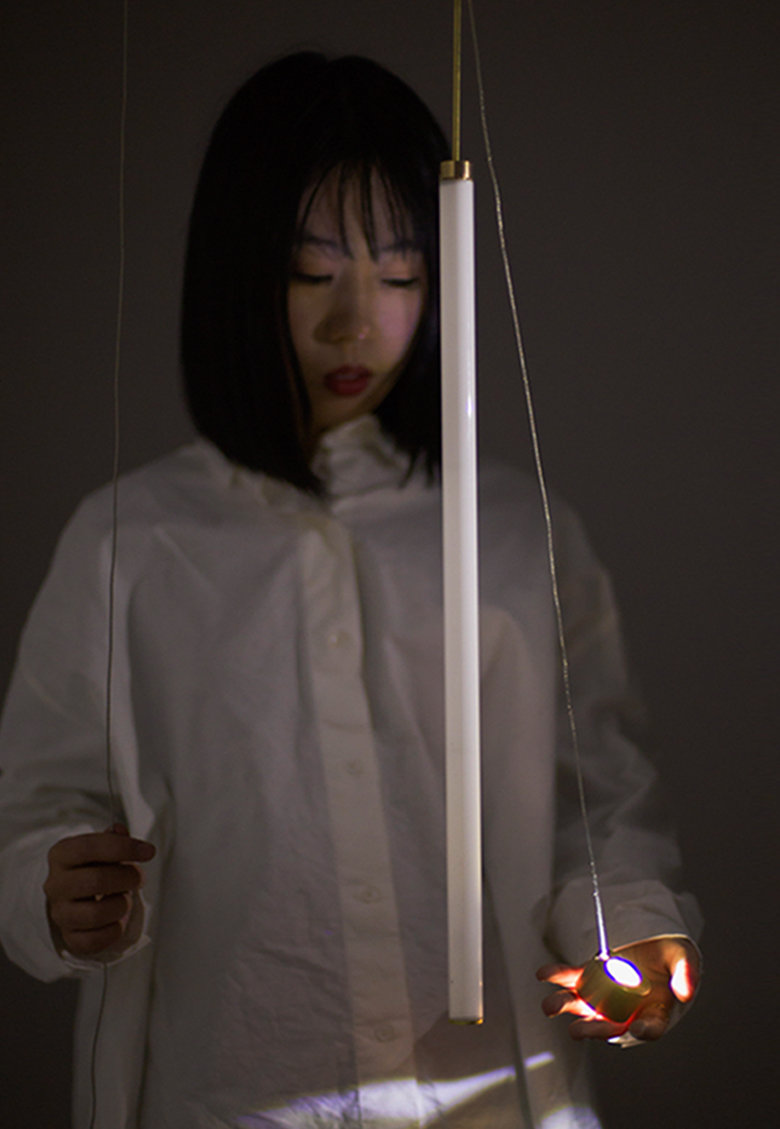 New Interaction between Light and People

The project was started by a special physical phenomenon created by dichroic beamsplitter. The material can reflect one color and transmit another color at the same time. Through moving process of the brass ring, the light color is moving all the time. It creates new interaction between people and light.

I intended to use hand to move the light source directly and the light moves following the hand, but later I change the device with a string and pulley, so people can use hands to pull the string to see the light color moving. The brain perception is longer and the hand pulling direction is opposite to the light source, it makes the interaction more interesting.

The difficulty of the project is to convince audience that it is a normal white tube, but when it lights up, its color can change all the time. The way to create this conflict is difficult. The entire lamp uses a double tube structure, the outer uses white PC tube, the inner is three transparent PC tubes. Using transparent PC tubes to fix dichroic beamsplitter. Use outside tube as transmission media, so when the outside light irradiates it from different angles, the light color is constantly changing, causing a strong visual conflict.

The material itself is special. It reflects one color and it can transmit another color at the same time.This project is meaningful since it challenges the traditional relationship between light and people.