When was the last time you had your pizza delivered in a 100% tree-free, pod-shaped box made from sugarcane? Unless you live in Mountain View, California, probably never.

That's because most pizzas are delivered in square, cardboard boxes prone to collecting grease and moisture -- a design that hasn't been updated in five decades.

To save us from sad, soggy pizza, the team at Zume Pizza developed its proprietary 'Pizza Pod,' specially designed to preserve flavor and freshness.

With materials never-before-used in a pizza box such as sugarcane, each pod is optimized to absorb maximum oil and moisture, so the pizza stays hot and crispy long after it leaves the oven. It's also 100% tree-free, compostable, and biodegradable, making it the most sustainable pizza box option on the market. Beyond that, by offering a unique, round shape and clear logo, the pod provides instant brand recognition. 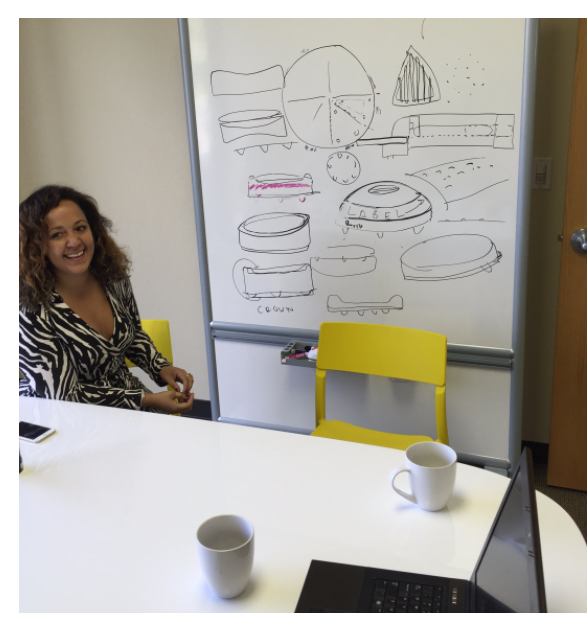 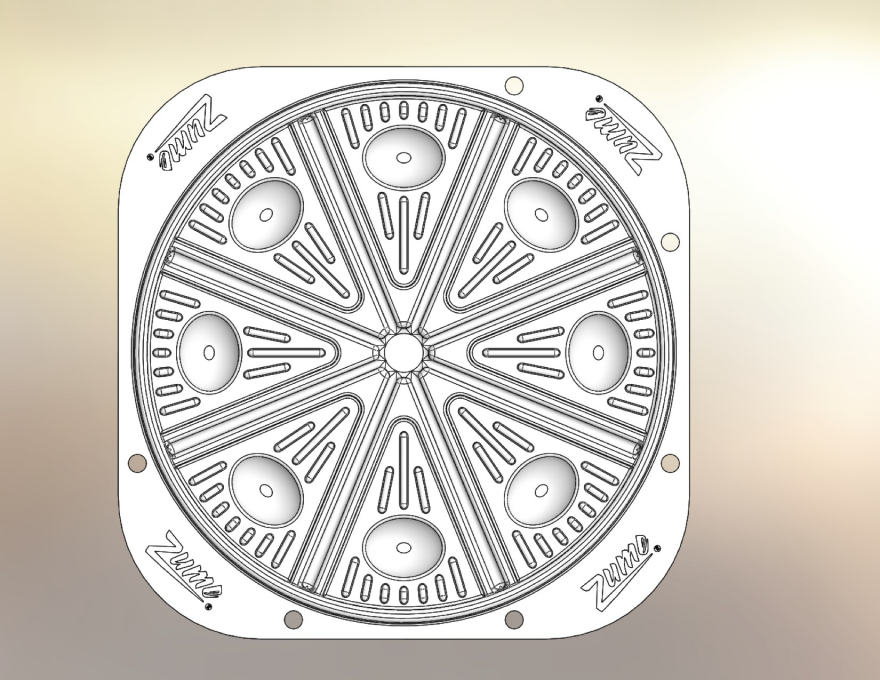 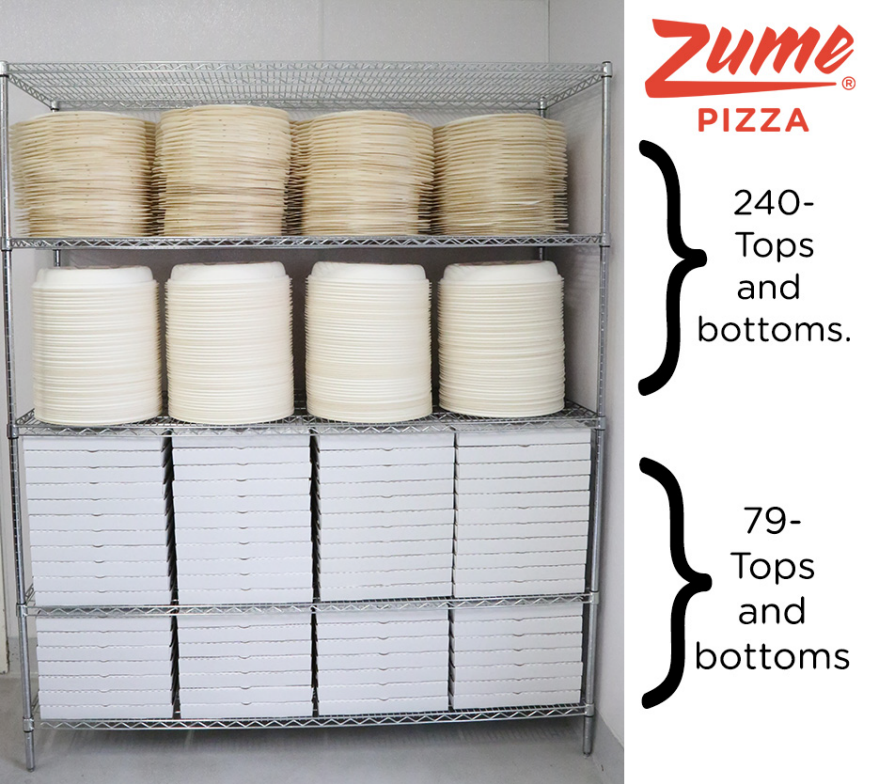 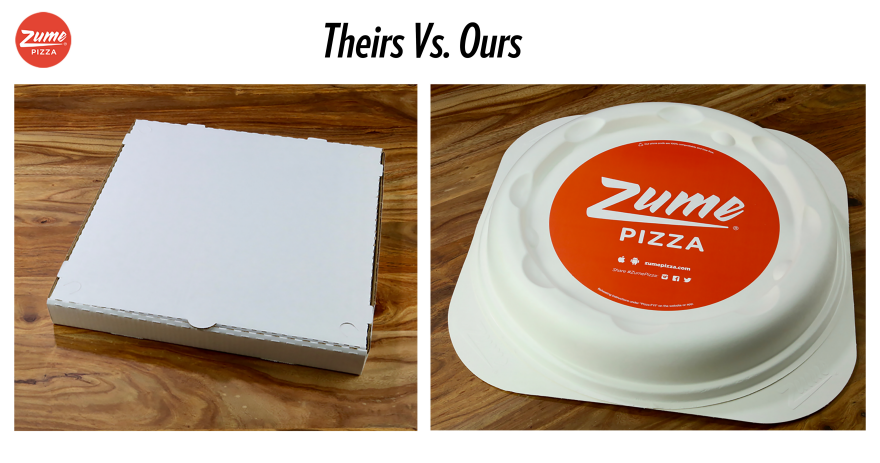 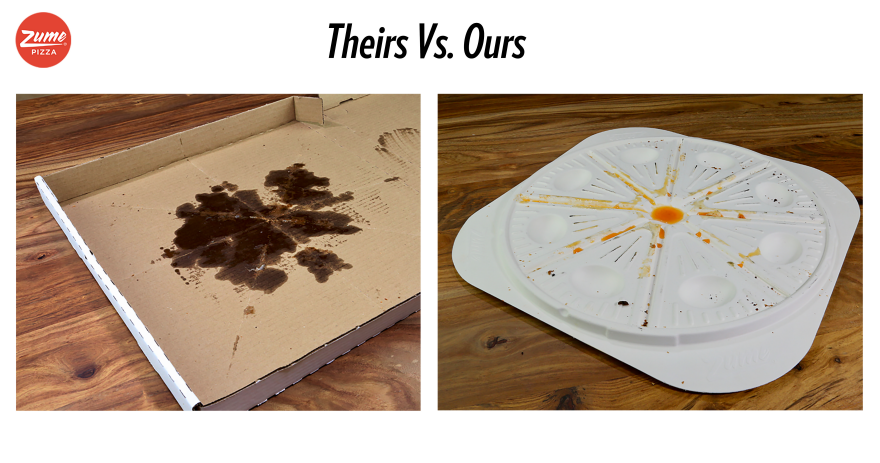 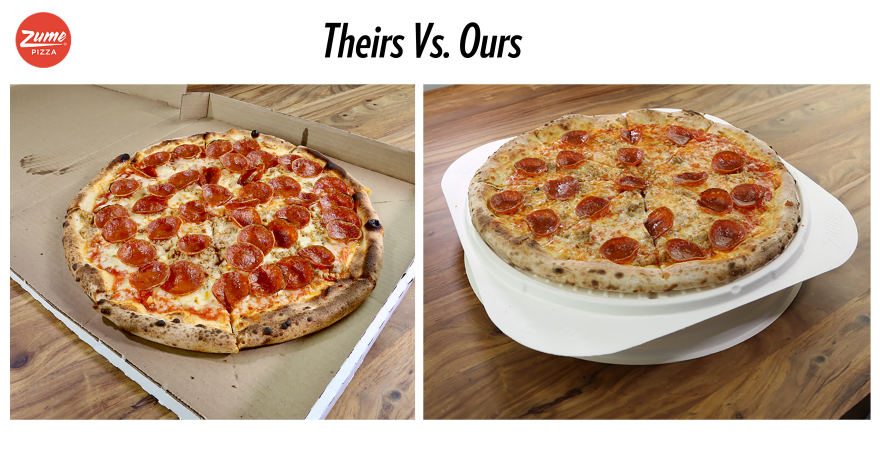 When my co-founder Alex Garden and I began ideating Zume Pizza back in 2015, we took a "First Principles" approach to entering the industry, giving ourselves permission to rewrite all the rules around pizza delivery. That meant creating an experience that would be better not only for our future customers, but for our employees and the earth as well.

Part of that was realizing that after 50 years, the world was ready to say goodbye to the grease-stained, heavy, expensive, cardboard-filled, soggy world of traditional pizza boxes. Delivering high-quality, delicious pizzas faster than ever before, has always been our mission, so for our pizza to be the best in the world, we knew our box had to also be the best in the world.

I earned my MBA at Stanford School of Business, where I spent time studying at the Design School. While I have long been fascinated by design thinking and creating Zume's PIzza pod from scratch was my first real-world crack at putting theory into practice.

By polling friends and family while scanning Yelp for any recurring complaints about pizza boxes, I quickly discovered that pizza eaters everywhere were aligned - the status quo left much to be desired. No matter how quickly the pie arrives, your average delivery pizza will turn greasy, soggy and cold while sitting in a cardboard box. Sometimes the cheese is sticking to the top, sometimes the toppings have all slid to one side in transit. Plus the box is awkwardly shaped, unattractive to display on your kitchen table, and difficult to throw away.

Next, I looked to the delivery drivers - what are their unique issues? Typical pizza boxes require time consuming manual assembly and are difficult to stack and carry - that had to be changed.

Then, I considered the environment. Made out of cardboard, the standard box is not sustainable and often neither recyclable nor compostable. Pizza is a $40B per year industry in the U.S. - can you imagine how many pizza boxes end up in the landfill? There had to be a better method.

I sketched the first design for the Pizza Pod on a whiteboard on September 19th, 2015. From there, Alex and I enlisted the help of Designer Doug Minkler and Material Scientist Casper Chiang to refine the design and ensure it was actually feasible, based on our restraints around cost, weight, shape, etc.

One of the first major decisions was to make the box round, so we started by looking at different versions of 'circular' to establish the ideal shape. This would make our box easily identifiable to consumers.

The 2-part box also nearly completely eradicates the assembly process. Simply put the top on and go! By spending less time and effort on preparing the packaging, the kitchen crew would have more time to focus on other tasks intended to improve the quality and flavor of the pizza. Plus, with separate pieces, the packaging would be much easier and more efficient to store.

After determining a specific, geometric shape, we knew the box had to be made of some kind of molded fiber. Sugarcane is readily available, environmentally-friendly and affordable, so we choose that almost right off the bat.

Next up was the box surface. Initially, we tried it speckled, with a grainy texture, to ensure the pizza wasn't soggy - but that didn't really work. Then, I saw a panini press, with the grooves to divert excess liquid, and had an idea - to implement a base with a series of ridges.

We designed the base of the Pizza Pod to include raised ridges - loosely based off that press - with grooves to guide any liquid or oil/grease into a center circular recess untouched by the pizza. This diversion of liquid ensures the pizza doesn't risk being soaked by grease or any other moisture after its been cut, so it stays hot and crispy long after it leaves the oven.

The rigidity of the package is increased exponentially by the introduction of any geometrical feature. So, in addition to reducing sogginess and increasing cuttability, the ridges also make the base of the package sturdy without adding any weight and therefore additional cost to the package.

We also wanted to be able to cut the pizza in the box, right before delivery. In order to do that, we had to develop a pizza cutter that would cut each pie into eight perfectly even slices, something that's nearly impossible to do with your standard manual cutter. With the design for our patented pizza cutter in mind, we developed the Pizza Pod with these eight even divisions, for eight even slices that can be cut right inside the box.

By November 2015, our production molds were fabricated in China. In December, we received the first physical sample, made from sugarcane fiber, or bagasse as it is commonly called.

Between December and April 2016, we conducted a battery of pizza stress tests resulting in design improvements that increased functionality. We used computer simulations to test the aesthetics of the box but we needed physical prototypes to really test the functionality.

In February we made a radical change to the lid design after noticing that the initial design was causing problems during delivery - the lids were literally flying off of the bases! The new design solved this problem so that by the time we actually sold our first Zume pizza in the Pizza Pod on April 11th, 2016 we were confident that we had a great package.

Our Pizza Pod now has six patents, listed below, and is highly praised by our customers. By maintaining freshness and improving the quality and taste of each pizza, the Pizza Pod provides a better experience for the consumer.

Below, I've listed out additional specs that explain the design behind the Pizza Pod in more detail:

Material: New use of renewable agricultural by-product bagasse, or the sugarcane fiber after the juice is extracted. In many countries, the bagasse are typically incinerated for use as fuel, but we take the bagasse and transform it into a raw material for food packaging.

Tray with rigid structure at lower weight: With structural-design elements in a single layer of molded pulp tray, it is able to hold a typical pizza that weighs between 22 to 24 oz. without severe deformation. The structure design also incorporates many geometric elements to increase the stiffness and make the tray more rigid. Due to this structure design, the Pizza Pod weighs less than a typical corrugated pizza box. (Pizza Pod at 210g vs. Pizza box at 250g)

Moisture management: The lid of the Pizza Pod has a circular dome structure at 2" in. height and without venting, as compared to the typical corrugated pizza box. In the Pizza Pod design, the hot moisture stays in the headspace but does not vent out of the package so the pizza stays crisp and warm.

Oil management: The eight equally divided grooves lead to a central circular recess that can guide any liquid or oil/grease from the hot pizza after being cut. This diversion of liquid results in crispier pizza, since it doesn't risk being soaked by liquid.

Responsible use of materials: Sugar cane bagasse, a sustainable agricultural byproduct, was chosen as the raw material to make this molded pulp package. This package is certified compostable by BPI and EU/DIN.