Spinetec is a machine developed for the building industry, with the vision to be able to produce concrete structures and buildings in a more environmental friendly way. By rethinking the traditional way of producing reinforcement cages opens up for new design innovations.

The Spinetec machine have made it possible to produce more optimized and dynamic building structures which are stronger, lighter and cheaper. The building material is the same as today, concrete and iron. But by using these materials in a slightly different way can reduce the material consumption with up to 30%. 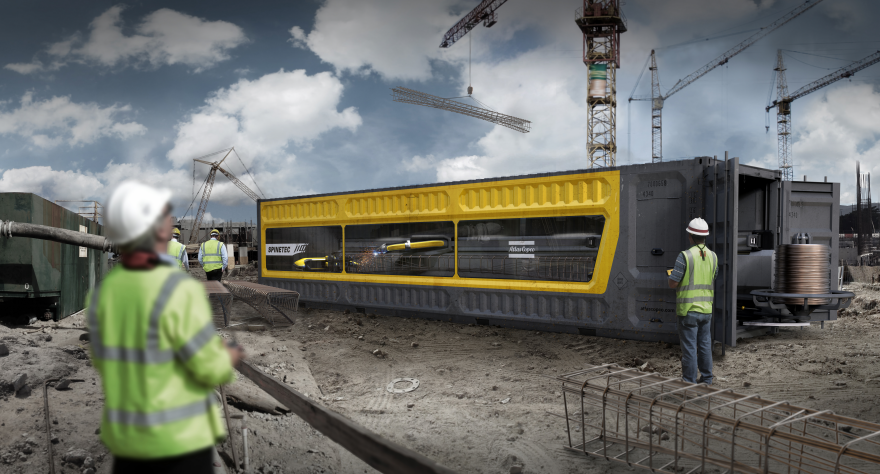 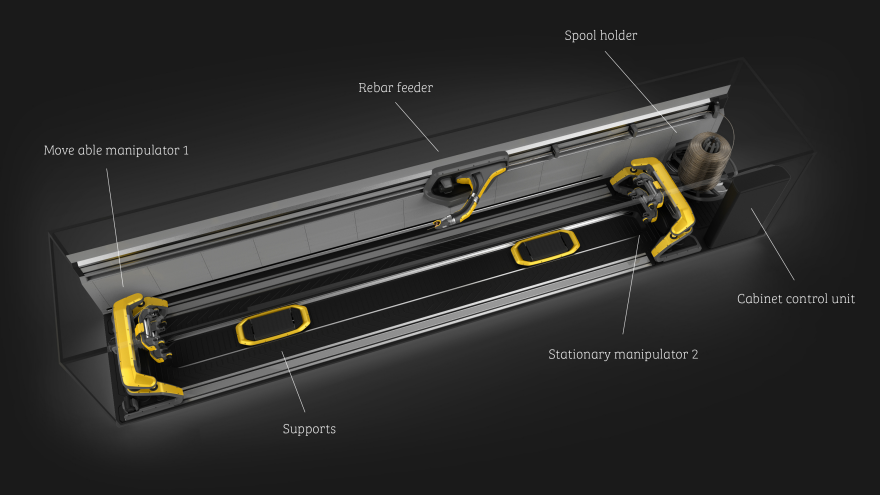 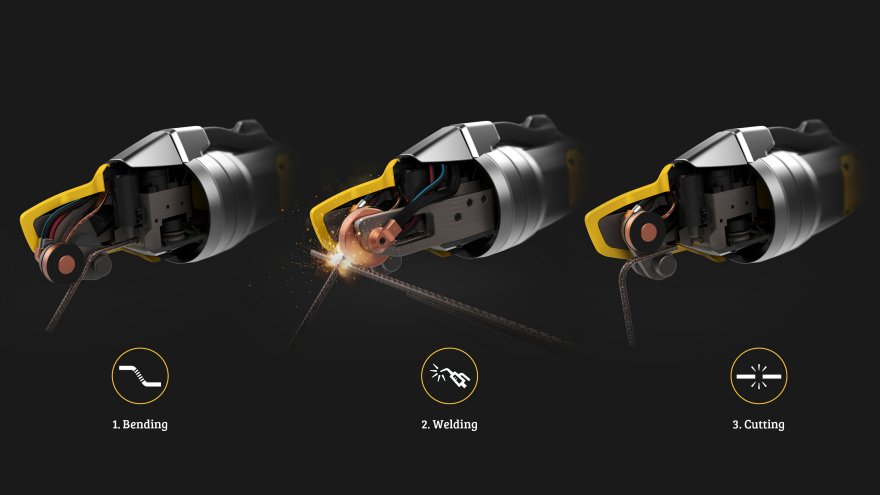 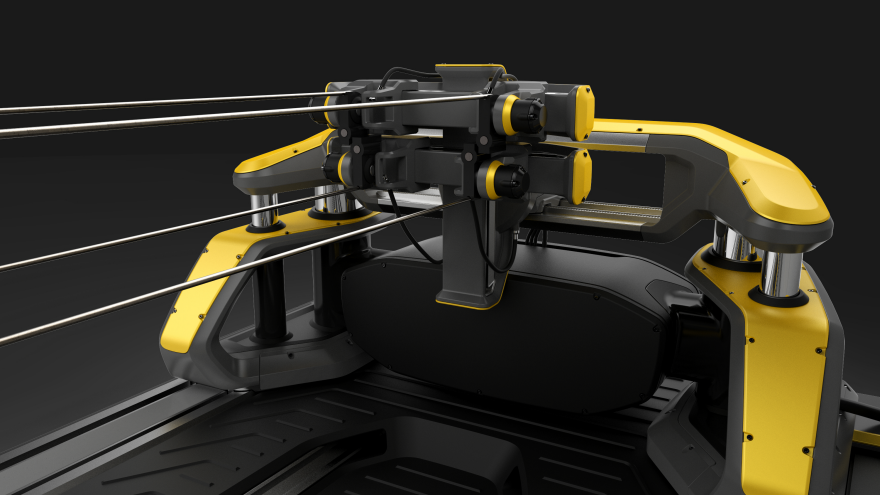 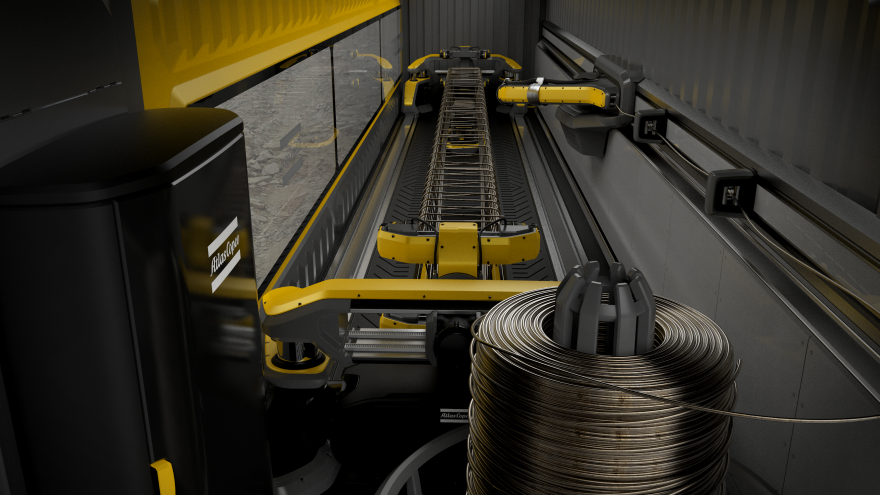 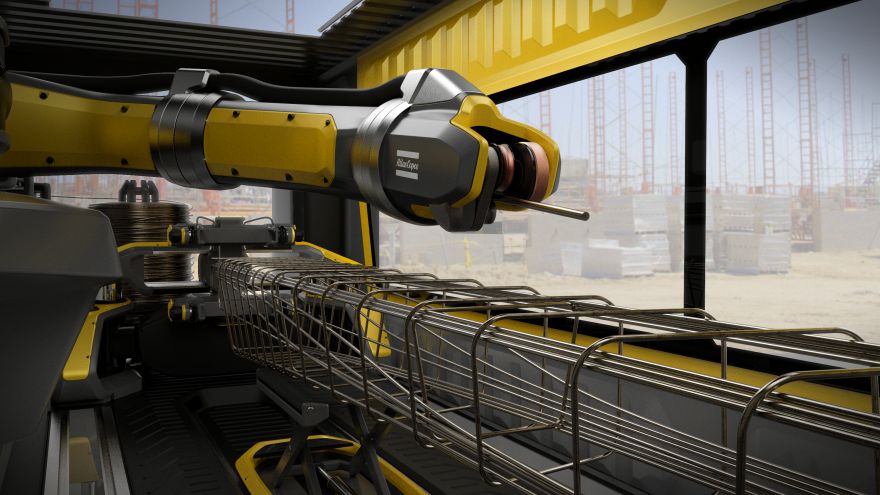 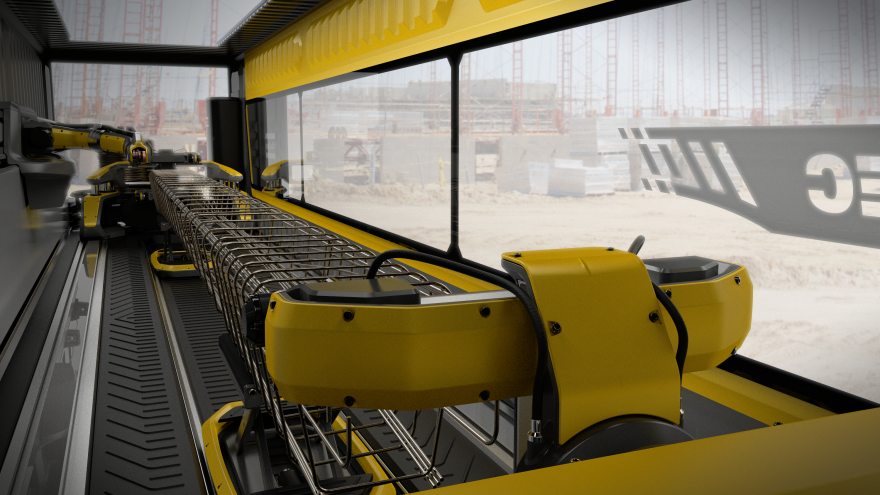 When I started this project in the beginning of 2014 with my sponsor Atlas Copco, the scope was mainly to do research within the building industry with focus on the bending of rebars and how this process potentially could be made more efficient and friendlier for the labors.

During my research I visited a number of construction sites and interviewed people within the building industry to get a deeper understanding how rebars is handled and the manufacturing process of cages is being made. I discovered that bending rebars at construction sites is very time consuming. It's intense for the labors since the work is including a lot of lifting and carrying heavy iron rebars. But bending at site is becoming less and less common so I continued my research by visiting bigger manufacturers that's providing the building companies with pre-fabricated cut and bend rebar cages.

After my extensive research where I also talked to engineers and architects to get their opinion, I discovered that the internal rebar structures in concrete building have looked the same for ages even when the cages are made in big factories. The reason for this is simple; it is very hard to make anything else than squared rebar cages or it's very very expensive.

But if it was possible and easier to make non-uniformed cages how would they look like? and what would be the benefits?

Instead of optimizing the conventional way of making reinforcing cages i wanted to take it one step further, to rethinking the internal structure and who it could be done in a better way with a different production method.

After reading an article by Wilfredo Mendez Vázquez based in Puerto Rico about how to make concrete buildings safer in earthquake areas based upon the idea of mimic the nature I realized that i found the answer to my question, who the structures could be made. This became my biggest inspiration source when rethinking and developing this new type of improved rebar cage.

To find the solution for my new cage design I dug deeper into the philosophy of biomimicry. The idea is to replicate how plants, trees and living organisms is building up structures to achieve optimal strength for its purpose. In this case when designing rebar cages the inspiration was taken from our own skeleton, the big femur bone. It resulted in a concrete column which have four curved sides and is hollow in the middle and the beam got a curved underside like a bridge.

By further interviews and information exchange with engineers and architects I got it confirmed that this type of structure is optimal to distribute forces inside buildings. So this becomes the key to make concrete structures stronger, lighter, cheaper and more environmental friendly since we potentially can reduce the use of concrete and iron with up to 30% (see pdf presentation)

After this point in my process where I found out how the cages should look like my work have been focusing on finding a way to produce these cages in the best way. From my early research I've been taking the advantages from manufacturing cages at site and the advantages of pre-fabricated and put these into one solid concept.

To be more effective while producing the cages I have also streamlined and limiting the usage of different sizes of rebars. Instead of using long and heavy rebar rods in different dimensions which demands a lot of manual handling by labors, I'll use one smaller size of rebar 10mm.This rebar comes on a big spool that have to be lifted by a crane or traverse. Since we are using rebar on spool there will not be any waste material or over dimensioning of cages.

The final outcome become an automated machine named Spinetec, and this is the benefits;

- More environmental friendly building, up to 30% less concrete and iron is needed.

- The possibility to hollow out beams and columns make the overall weight of the build lighter.