True to form, Eddie pushed the boundaries of bourbon by releasing a 17-year old aged bourbon, where his father had believed that bourbon tastes best when aged for between 8 and 12 years. He dubbed it Master's Keep 17 Year Old. Tasked with bringing the liquid to life while highlighting the premium positioning of Master's Keep 17 Year Old, Pearlfisher New York has designed a revolutionary bottle that pays tribute to the rich brand heritage while modernizing it for the new blend and today's consumer. 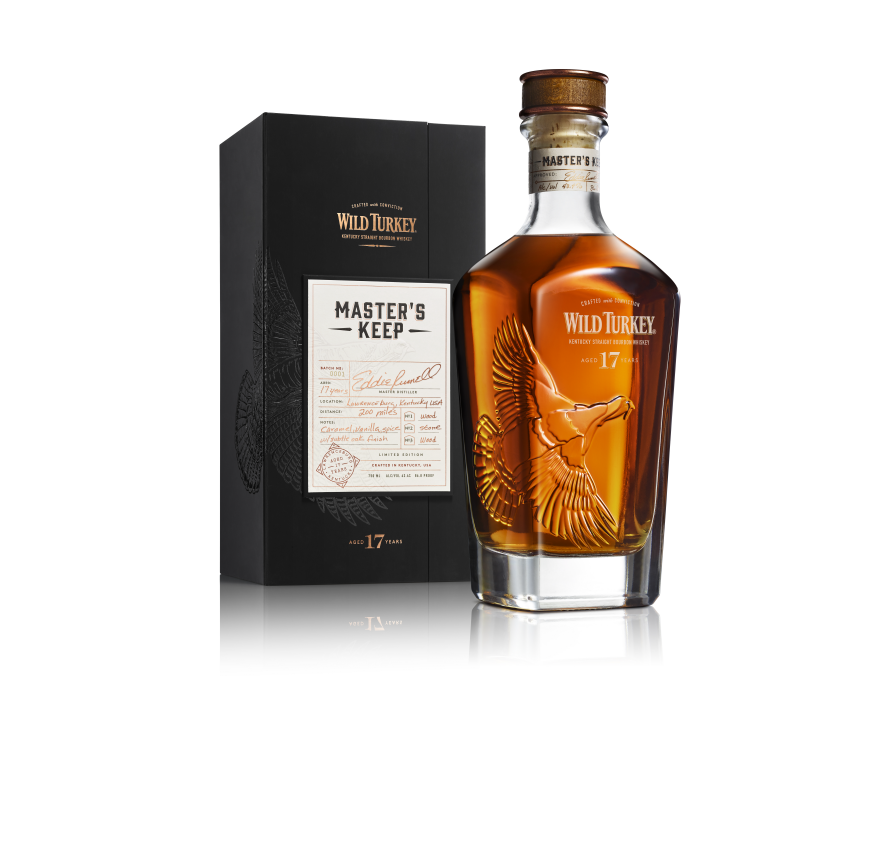 The creative strategy for the bottle's structural design is the idea of "bold, spirited conviction" - a nod to Eddie's debut as a Master Distiller and the tenacity of the creative leap he has taken to redefine tradition. In bringing this vision to life, Pearlfisher Design has freed the turkey by removing it from the label and incorporating it instead into the glass structure of the bottle, quite literally "breaking free" to signify the importance of Eddie spreading his wings. The weight of the bottle reflects the bourbon's premium quality, while the structure - a square base with tall square shoulders - indicates confidence and masculinity. To allow the embossed glass turkey to take center stage, the label is discreet, wrapping around the bottle mouth and depicting only Eddie's signature - his seal of approval - and the year of the bourbon.

Brandi Parker, Pearlfisher New York Head of Realization, commented, "The original sketches for the glass turkey were too complex to build in AutoCAD – it was challenging because of the size, location, and organic nature of the bird. We had to troubleshoot until we found, what is essentially, a new method for creating this mold. We took traditional tried and tested sculpting techniques and translated them into the digital space. The mold was then hand carved further, to fine-tune it, rendering each feather individually. A CAD drawing does not exist of the bottle today. While labor intensive, we created something that honors the traditions of sculpting within a digital medium."

Hamish Campbell, Pearlfisher New York Creative Director commented, "Pearlfisher's new design pays tribute to the rich heritage of the Wild Turkey brand while simultaneously bringing the modernity of Eddie's new vision to light. The new bottle structure is a first-of-its-kind and we're certain the design will hold a special place on shelves and in the glasses of Wild Turkey fans and collectors alike."