Yawnie is a smart product that helps people develop good sleeping habits. It tracks users' sleeping conditions and reminds them to go to bed on time by "infecting" them with yawns. In modern culture, improper sleep habits are sometimes a point of pride. However, too many people falter under pressure and suffer from lack of sleep, leading to poor health, low productivity, and depression. Yawnie capitalizes on the notion that yawning is contagious, and uses it to help improve the sleeping habits of its user. 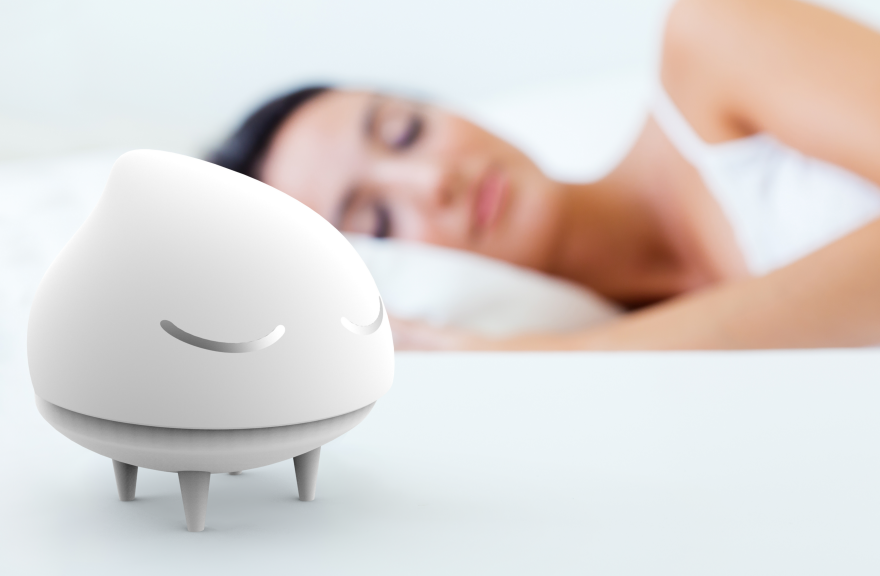 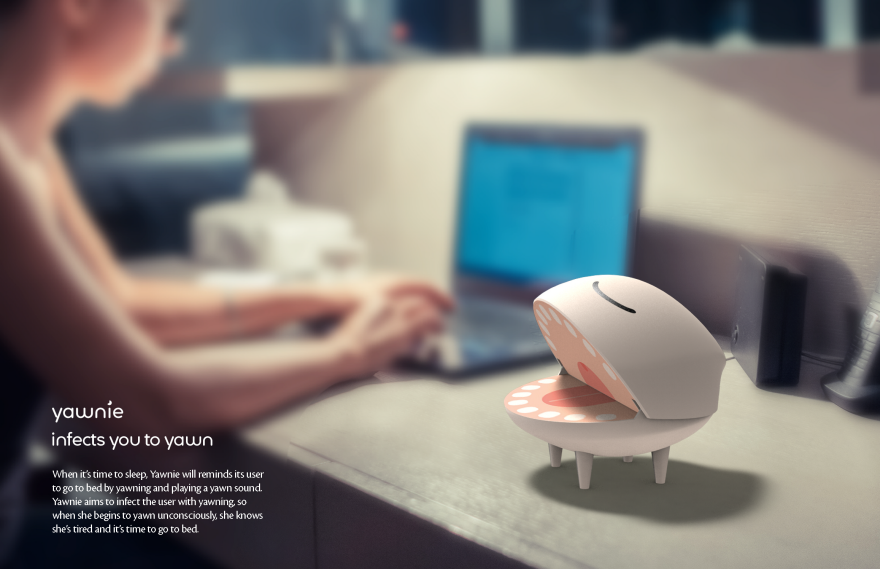 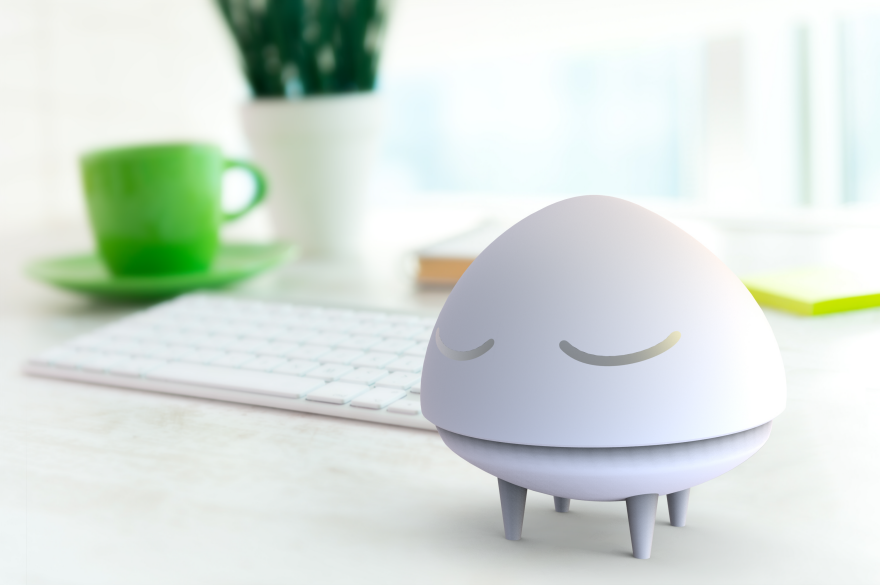 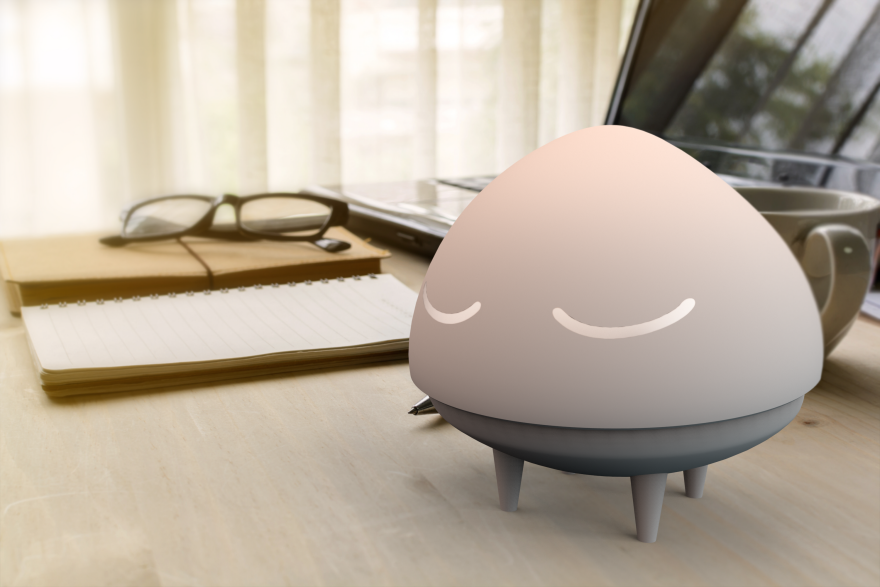 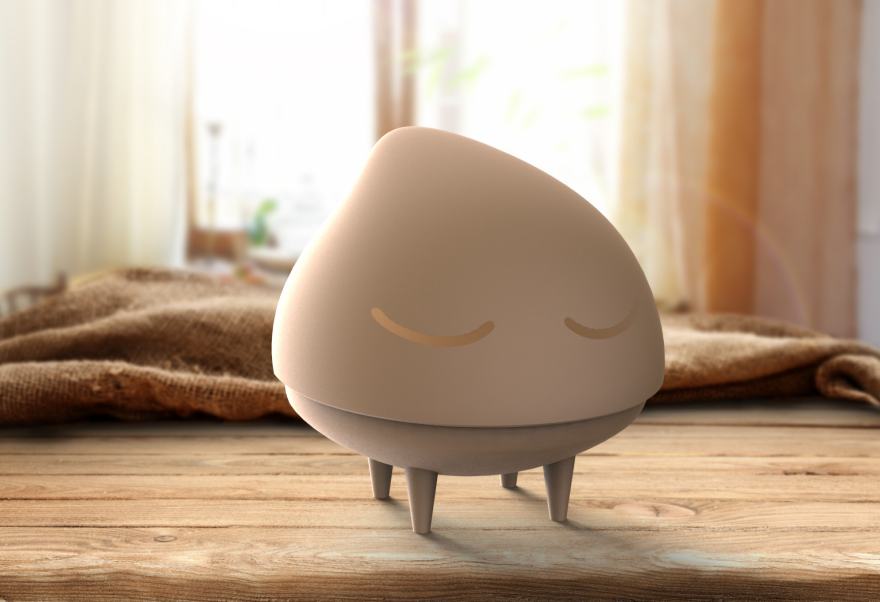 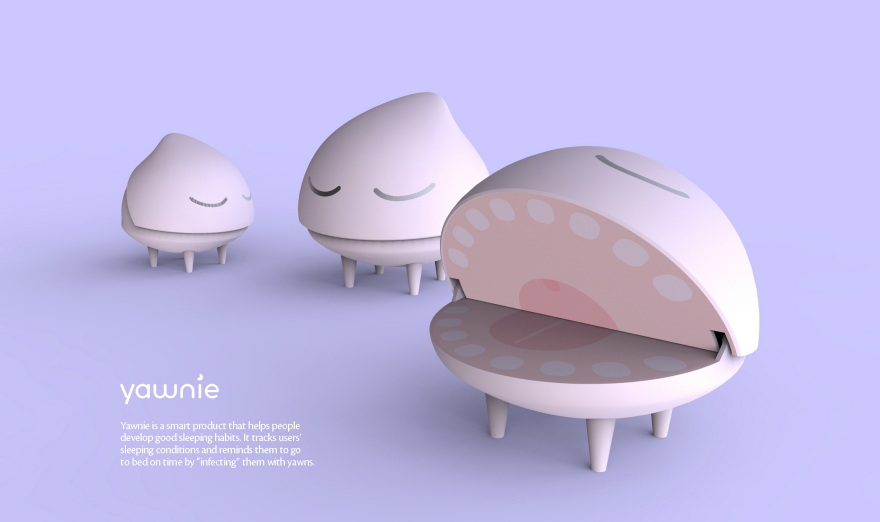 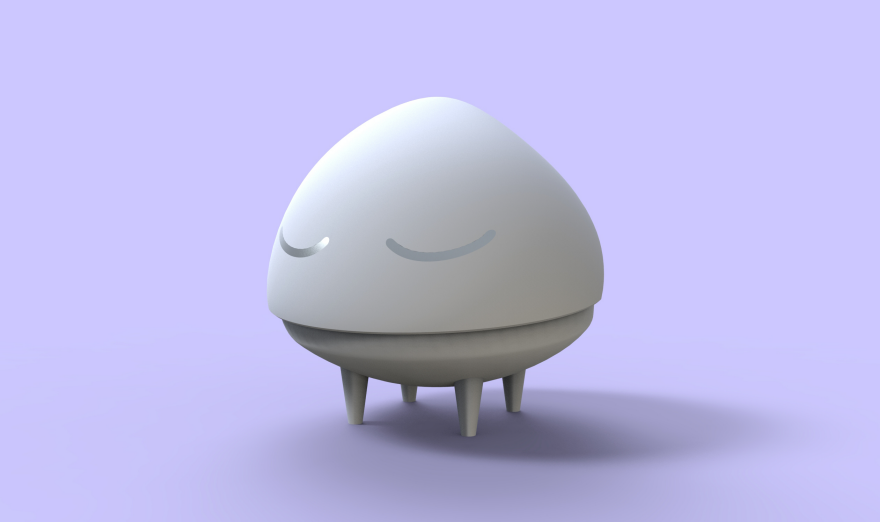 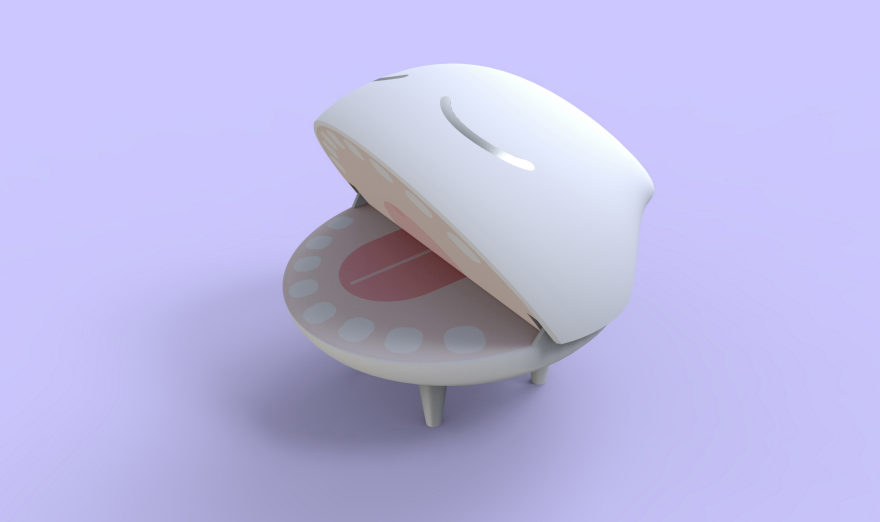 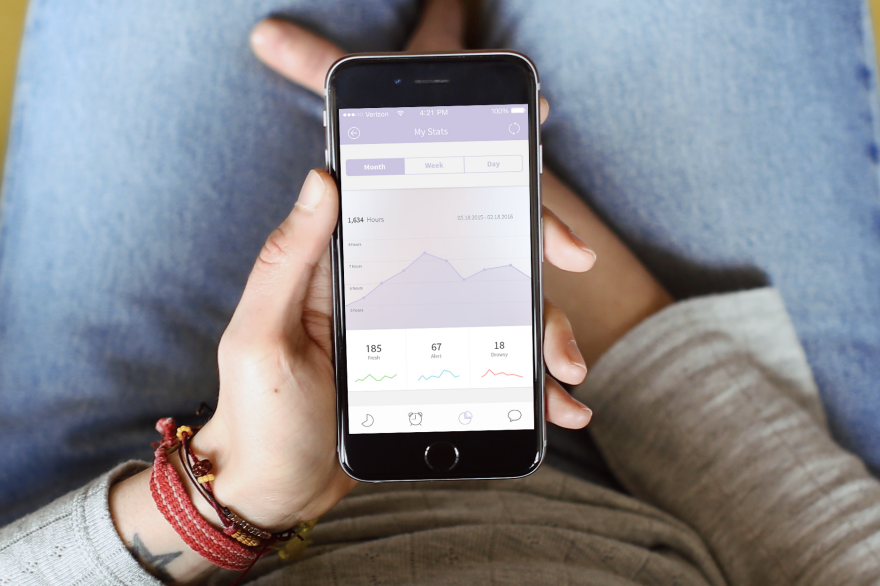 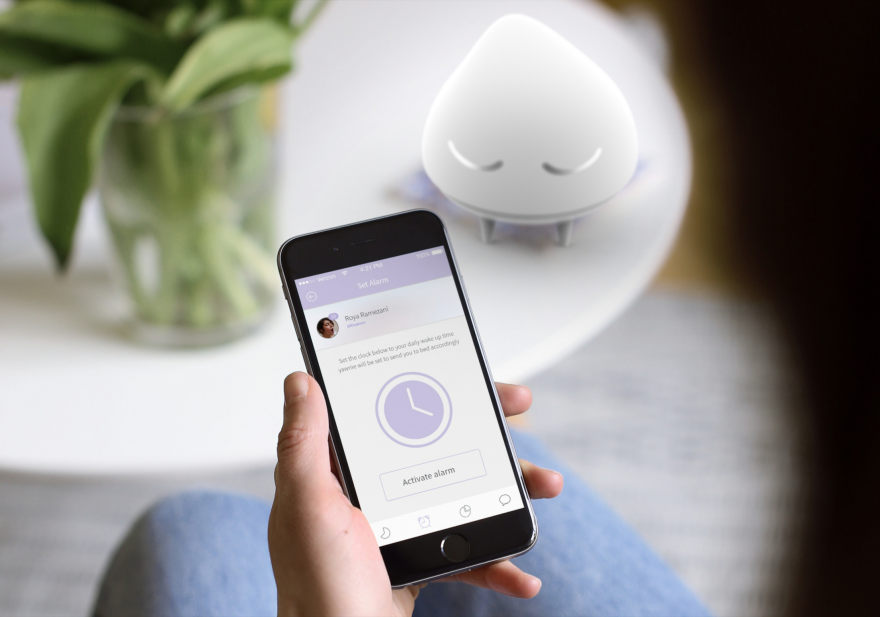 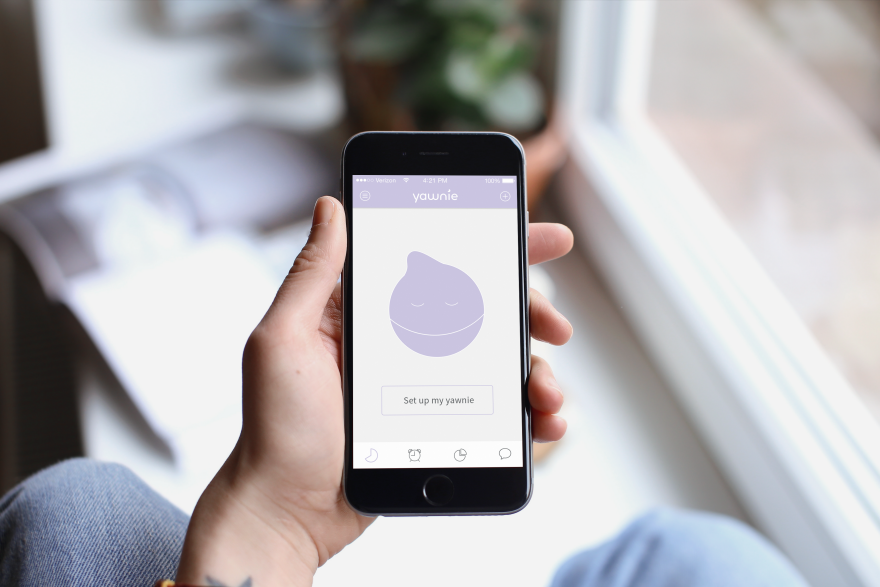 Yawnie is a reminder or alarm that attempts to persuade the user to behave counter to its bad habits. Based on how many feel about morning alarms, products like this are not ordinarily loved. Therefore, Yawnie must somehow be different and more endearing, but coming up with a way for Yawnie to communicate with users is our biggest design challenge. Our decision was to give Yawnie fun character traits rather than high-tech functions so it could engage in a more friendly manner with users, specifically the ability to yawn. We know yawning can be spread through the sound of yawning, seeing or hearing the word, looking at a picture, or even seeing the yawns of animals like cats.

As a physical object, Yawnie links to an app, so users track sleep conditions and plan out a healthy sleeping schedule to develop good habits. When it's time to sleep, Yawnie will remind its user to go to bed by yawning and playing a yawn sound. It continues to yawn at regular intervals until the user has acknowledged it, hopefully being persuaded to go to bed. Yawnie aims to infect the user with yawning, so when she begins to yawn unconsciously, she knows she's tired and it's time to take a break.

In effect, Yawnie is only prompting the user's own body to recognize its tiredness, not really acting as a traditional alarm. Yawnie's system of friendly reminders gets the job done. If a user ignores Yawnie, it will eventually go to bed by itself and send that user a goodnight message. In an early prototype, Yawnie had flexible legs that allowed it to fall down on the table and sleep when the user did not respond. Just for fun, we designed the prototype to snore bubbles out of its nose. If the app shows the user's sleep habits are not improving, Yawnie will register fatigue. In the prototype, Yawnie began looking tired, with big black circles under its eyes; in the final version, we visualized the extreme fatigue with the app instead.

We loved how the team designed an object that is both smart and endearing, making people more likely to want to keep it around.

The execution across the board was fantastic - both polished and whimsical - immediately making it a favorite across the jurors.