A simple touch or hug can comfort a loved one. However, these conventional methods at times have the opposite effect on those with sensory disorders like autism. For children in these circumstances, tantrums from anxiety further alienate kids that already struggle socially.

Compress Pack is designed to give users a private way to reduce anxiety. 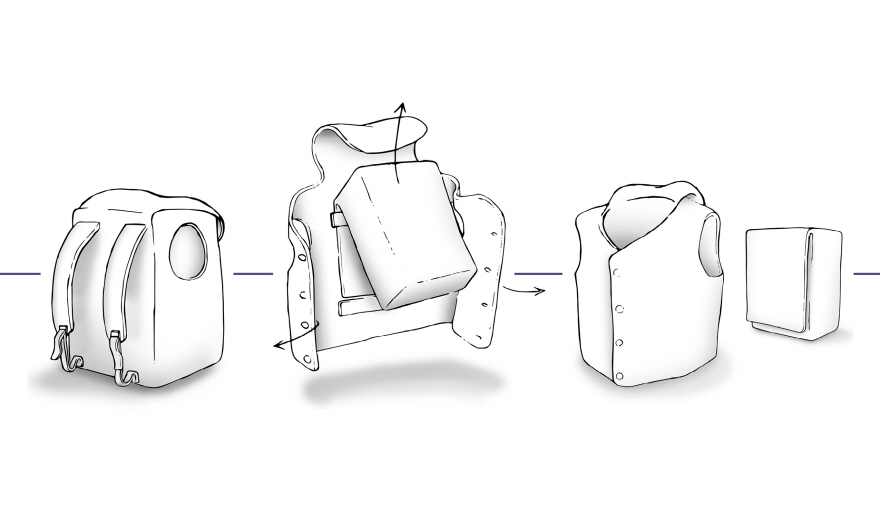 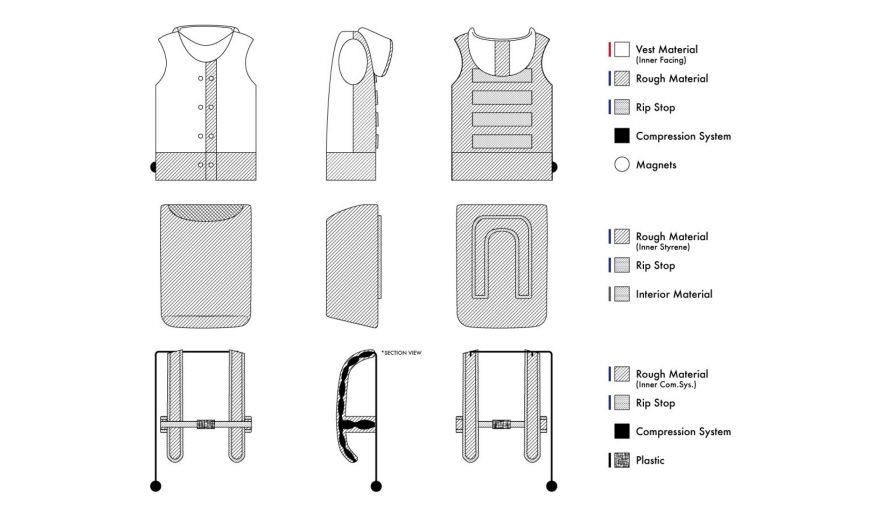 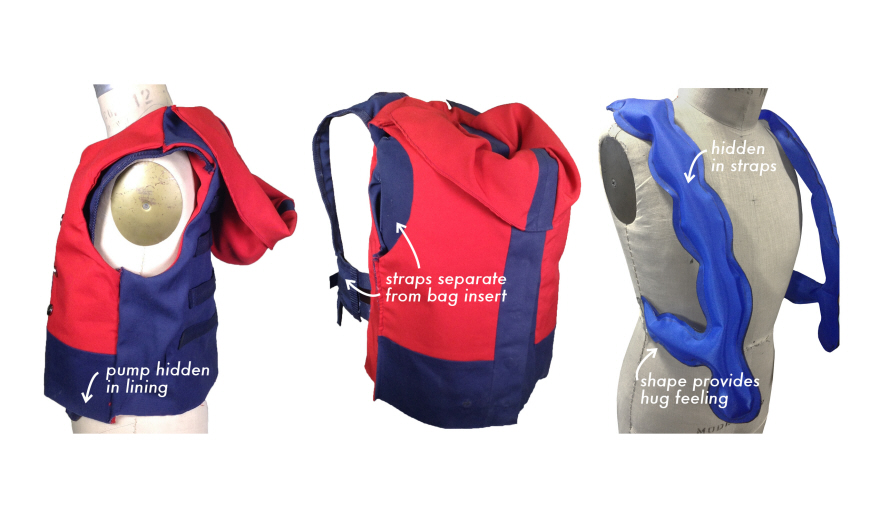 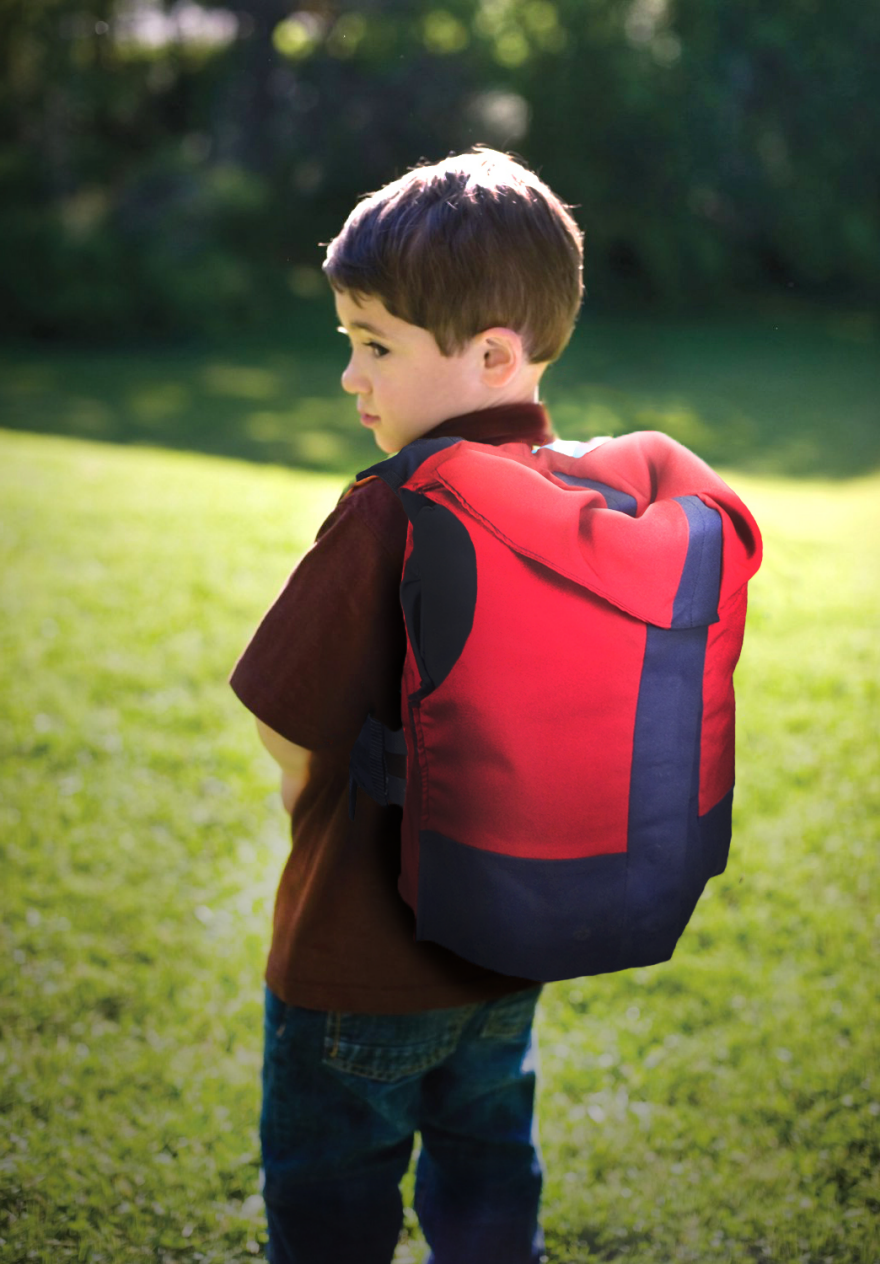 Compress Pack was initially designed to address the needs of Shane, a seven-year-old boy with PPD-NOS Autism, Attention Deficit Disorder, and Type 1 Diabetes. Just like any boy his age, he enjoys movies, playing with his dog, showing off his “Superman” skills, listening to pianists, and playing soccer. Maybe listening to piano players is not so typical of his age, but he does enjoy color-coding his matchbox cars, it gives his life a little order. Shane is considered to have high functioning autism, which means he attends public school and has class with kids that do not have autism. This is great for his learning experience, but can put a strain on his social life. He has what is perceived to be “awkward mannerisms,” and the surrounding children do not know how to react. This can result in high levels of anxiety for Shane, which in turn results in tantrums.

At home, such tantrums can be resolved by having Shane wrapped in a blanket. He enjoys the constriction brought on by the blanket. Many of us would find the same comfort in a hug or an arm over the shoulder; an intentional notion of touch to embrace the negative feeling. Shane on the other hand has been known to greet new people with the phrase, “Don’t touch me.” He is fully aware that such a gesture makes him uncomfortable, and can make a bad situation worse.

Alex and I wanted to design a solution that catered to Shane, but could apply to more children with the same needs. His parents could help him at home, but being in public or at school was a different story. We created Compress Pack to specifically target the anxieties that come from transitional periods related to school, and attending class.

When observing hugs, it can be noticed that contact is made under the armpit, on the shoulder, the back and chest. Air bladders inside the backpack straps, provide deep compression in these key areas. (Except for the back. That is provided with weight by the backpack insert.) Similar to camping bags that have horizontal straps around the stomach, Compress Pack has straps that connect mid torso. This is how the compression reaches the under armpit region. The shape of the bladder allows better conformity to the body. The bladders are engaged by a single pump assuring a consistent filling of both straps. Utilizing air means the user is not under constant compression, and also gives the user freedom to decide how much is needed. The current version of Compress Pack is controlled with a hidden blood presure pump which also has a release valve. Depending on the user’s ability this can also be controlled by a parent/caregiver.

To give the user more freedom and use, the straps are disconnected from the backpack. This allows for two main modes of use; vest mode and backpack mode. The flaps that cover the backpack insert can reverse to become a simple vest. This covers the straps so when the backpack is removed, Compress Pack is “just a vest.”

Compress Pack is a great example of design destigmatizing a problem.

The pack feels elegant and dignified, as compared to other compression-based products for Autistic children.