S7 Airlines opened 900 destinations to its customers when it became a member of the Oneworld® global aviation alliance. To celebrate this milestone, in March 2015, S7 launched the 'Fly to any place you can imagine' promotional campaign with the goal of inspiring Russians to travel internationally. Tellart partnered with Wieden+Kennedy Amsterdam to create a unique and memorable interactive installation that would capture the imagination of would-be travelers.

Set in a busy Moscow Mall, the Imagination Machine invited people to fly to the destination of their dreams using only the power of their mind. If participants were able to steer a mind-controlled plane to their destination of choice, then S7 Airlines would actually fly them there. Everyone present could watch their progress by following a physical model plane's movement across a 2-meter projection-mapped globe.

The Imagination Machine drew large crowds of observers and participants. Some wanted a vacation, others to visit long-lost friends. Reactions of the winners varied from tears of joy to disbelief; it was truly a life-changing moment for some of the participants to use their minds to win something that may have been otherwise entirely unobtainable.

Over 250 people took part throughout the day, with 50 participants winning a round trip ticket to their dream destination. The impact of this installation went far beyond the live event: the experience was documented in a film that received over 2 million views and over 82 million earned media impressions within the first week of its release. 4,500 people signed up for the loyalty program on the day of the event, and S7 received a 20% increase in online bookings in the period of the campaign. 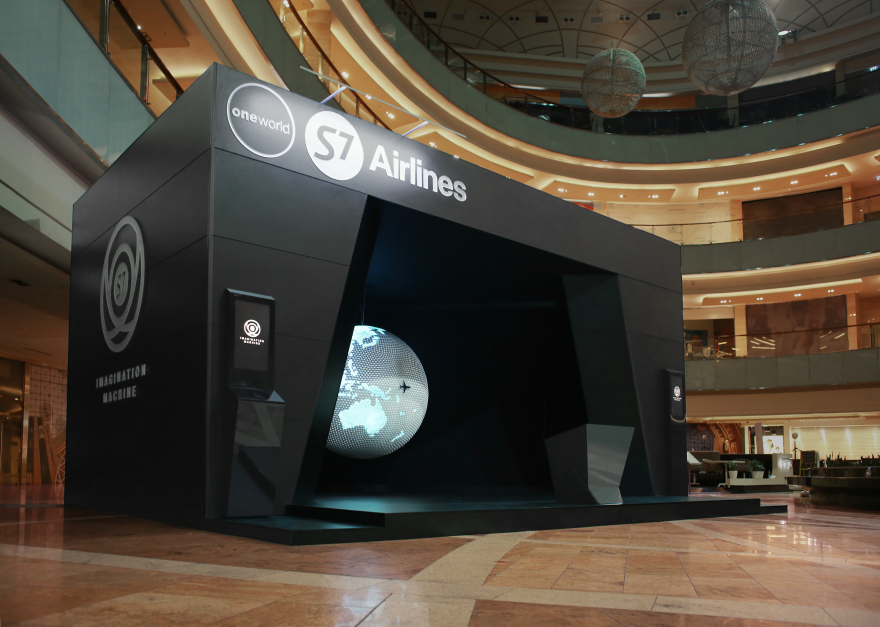 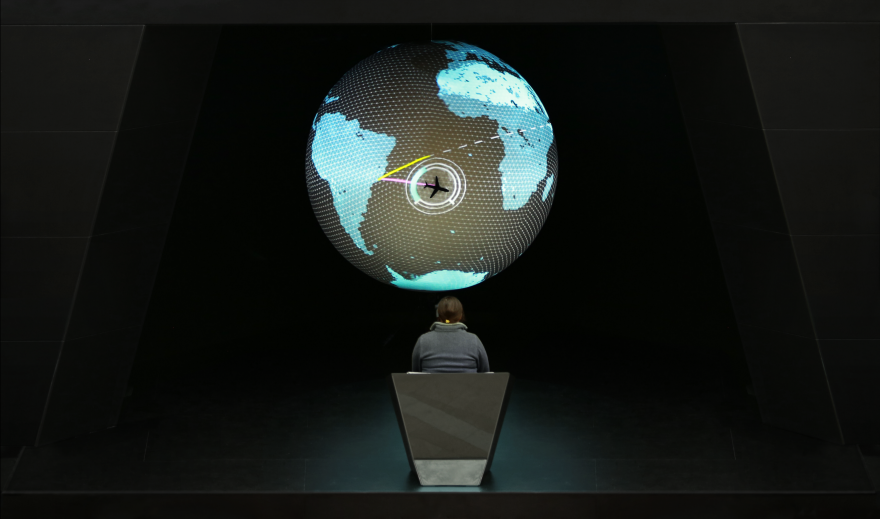 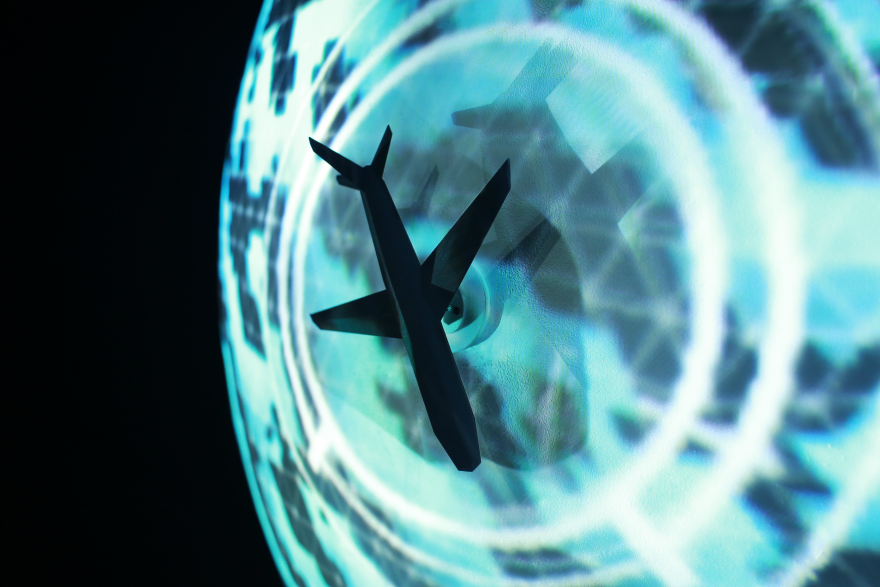 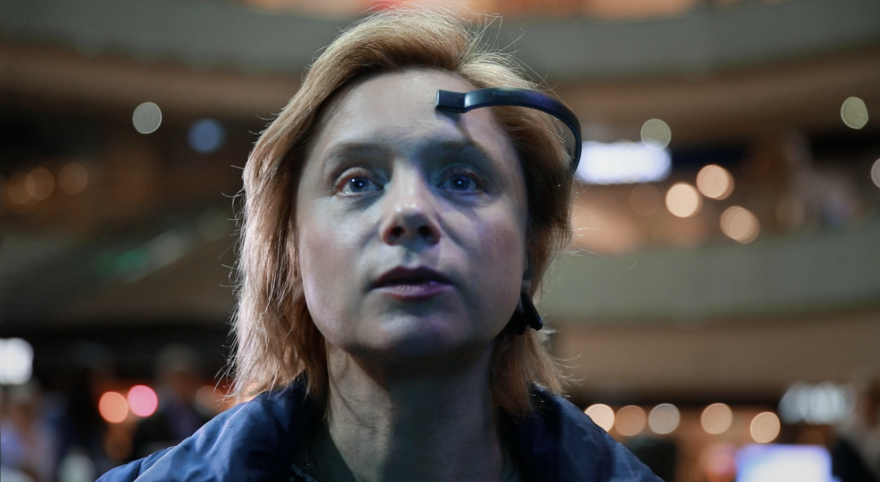 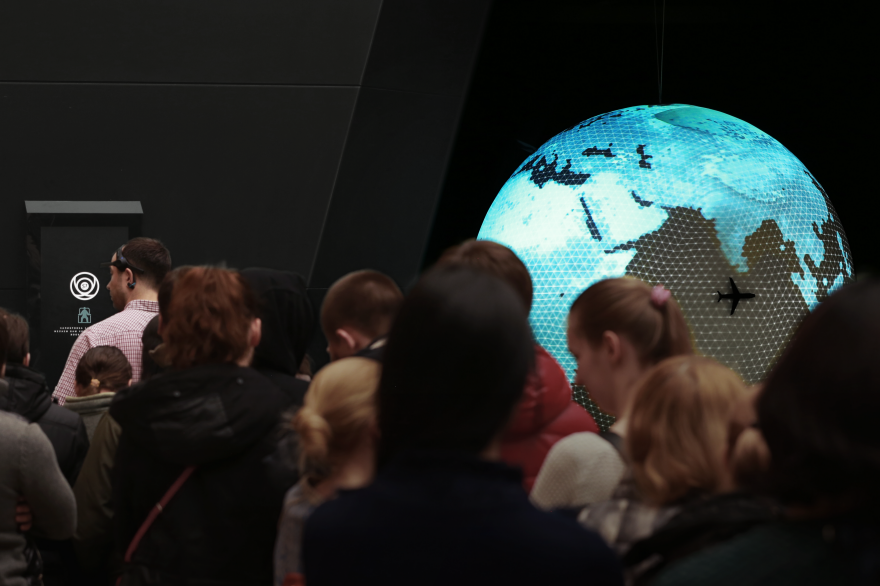 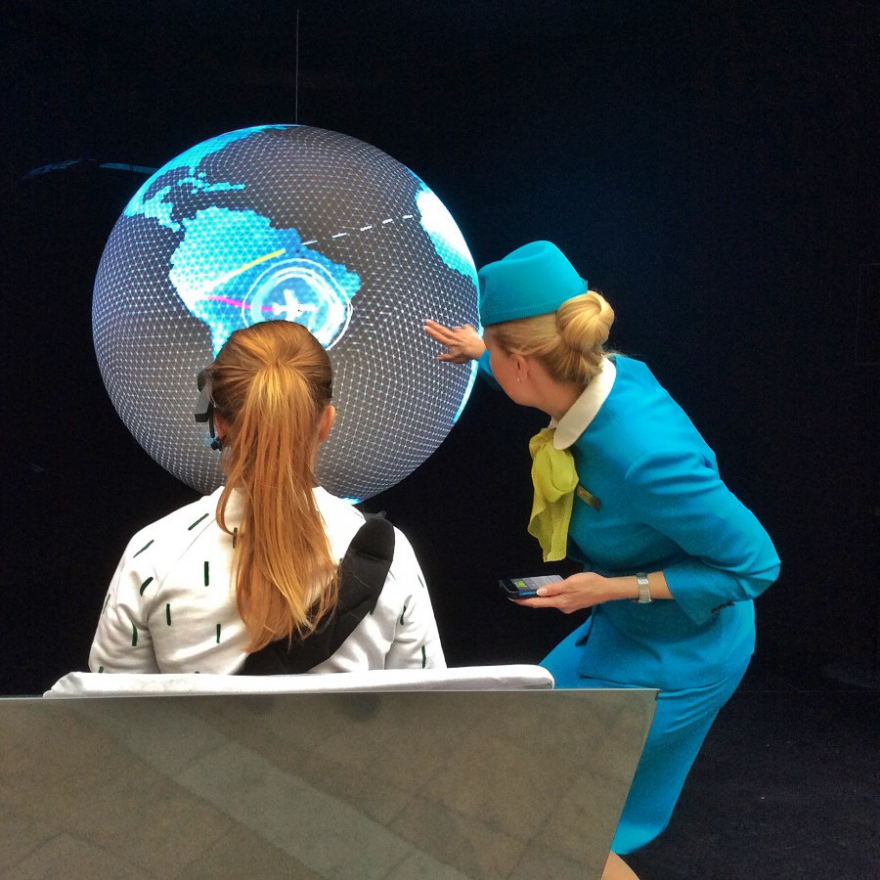 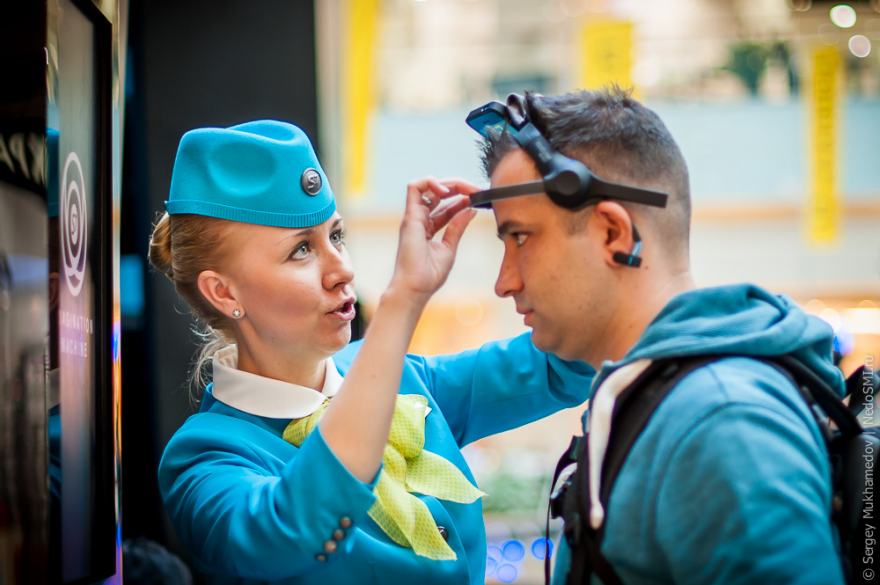 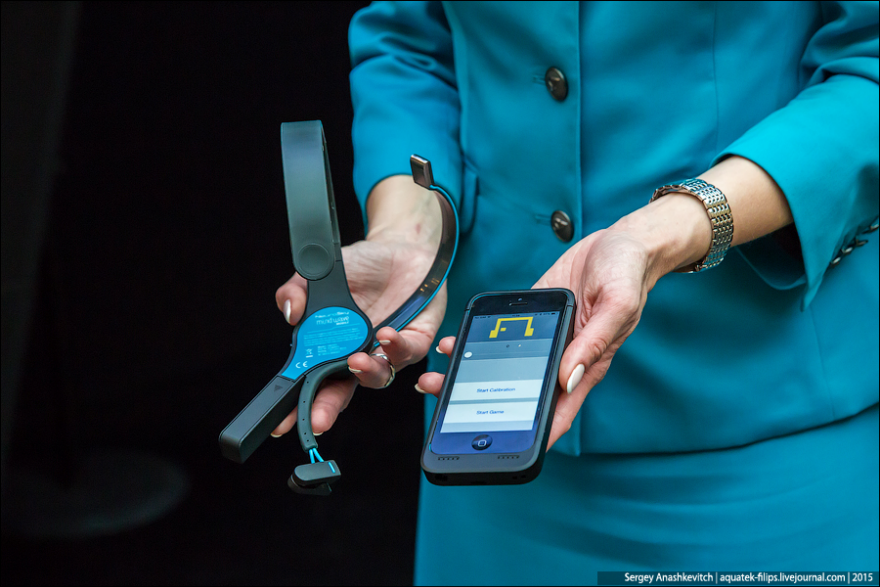 The unique interactive method and thoughtful interaction design that went into the project allowed the participants to immerse themselves in a new kind of game. The installation generated curiosity and interest by passersby, who learned the game's concept while in line for the chance to play.

The first step of the experience was the 'calibration phase' during which we guided participants on how to use their concentration as a game controller. Participants were invited to choose their dream destination. Our attendants then fitted them with an EEG-headset device and carefully placed a biosensor on their forehead to measure brainwave activity. Since brainwaves are actually tiny electrical impulses that are released when a neuron fires in the brain, we could monitor brain activity in real time using the headset.

Once the EEG device was successfully connected, we showed the participant an iconic image of their chosen destination city. They were instructed to concentrate on this image, and had 30 seconds to practice their mental focus. During this calibration phase the image went in and out of focus to reflect their level of concentration. We also displayed a meter to show their focus data as it went up and down.

Once calibration was completed the participant was guided to a chair in front of a 2-meter projection mapped globe. As soon as the game began, two paths appeared on the globe: the ideal direct path to the destination, and another path that followed the data of the participant's level of concentration.

Each participant had 45 seconds to make it to their dream destination. Their brainwave data was processed in real-time by our algorithm to create the flight path they traveled along--the more focused the participant was on their destination, the closer they stuck to the ideal flight path. If they got distracted, the plane veered off course. But if they were able to remain focused on their destination and successfully maneuver their plane there, they would win a round trip ticket to that location.

The Imagination Machine automatically captured a high-quality digital picture of each participant at the height of their concentration. This image was overlaid with a curve showing their brainwave data.Participants could receive the image by email and choose to share their experience on their social media channels.

The Imagination Machine had to be a wonderfully simple experience for every competitor. It was critical that the technical implementation was flawless and worked seamlessly. We meticulously planned every aspect of the user experience. The installation employed 4 computers and 2 mobile handsets, employing several pieces of custom software, all developed using OpenFrameworks. These applications formed a communication system between 2 Neurosky EEG devices, the peripheral interface stations, and the displayed game environment. The giant 3D sphere was projection-mapped with the earth's surface using 4 projectors, and mounted with a motorised 3D-printed aircraft model representing the participant's mental flight path.

What we loved about this project is how it engaged an audience in a unique interactive way that didn’t involve pushing buttons or using traditional input methods.

The proposition is simple: focus on where you want to go and maybe you’ll (virtually) get there.