According to the EU's 2015 Ageing report, by 2060 the European Union is projected to move from having four working-age people for every person aged over 65 to about two working-age persons. Politicians are looking to technology to provide answers on how we might better take care of senior people ageing in-place.

Most existing future visions depict a type of general artificial intelligence – modelled after a idealistic version of ourselves – to serve our wishes before we utter them. Today, researchers are still arguing if a general AI of this type will ever be possible. Instead, advancements in AI are more likely to come from separate, highly specialised, but functionally narrow agents.

This project provides a glimpse into a speculative future where such narrow artificial intelligences – Bots – have become as mundane as our fuseboxes are now. They are programmed to perform a single function only (e.g. online shopping, spying on the neighbours whereabouts or organising surprise presents). Throughout the process the project threw up a couple of interesting questions: what could it be like to live with a group of these bots that collaborate and negotiate amongst themselves? What unexpected situations might arise from sharing a space with non-humans? Will our relationship with this technology resemble something like having pets at home? Can comparatively stupid A.I.s still bring a new kind meaning to daily life? And how might we buy, train or customise these assistants?

The project scope included creating three video scenarios that revolve around particular situations within the near future smart home. For the vision to seem convincing, multiple artefacts and interactions needed to be designed. The system ended up consisting of 18 bots with different functionalities and personalities, a main control unit that houses the bots in operation, and a set of 'speaker' units that are meant to allow for interaction in every room. To arrive at the appropriate level of narrowness for each of the bots, a prototype of 6 Slack-bots were programmed and let loose in an virtual smart-home Slack channel.

The final result was exhibited at HumLabX - an interdisciplinary digital lab at Umeå University – where viewers were asked to imagine new types of bots to live with. A supplementary essay provided visitors with a necessary backstory of a future world in which these bots are commonplace. 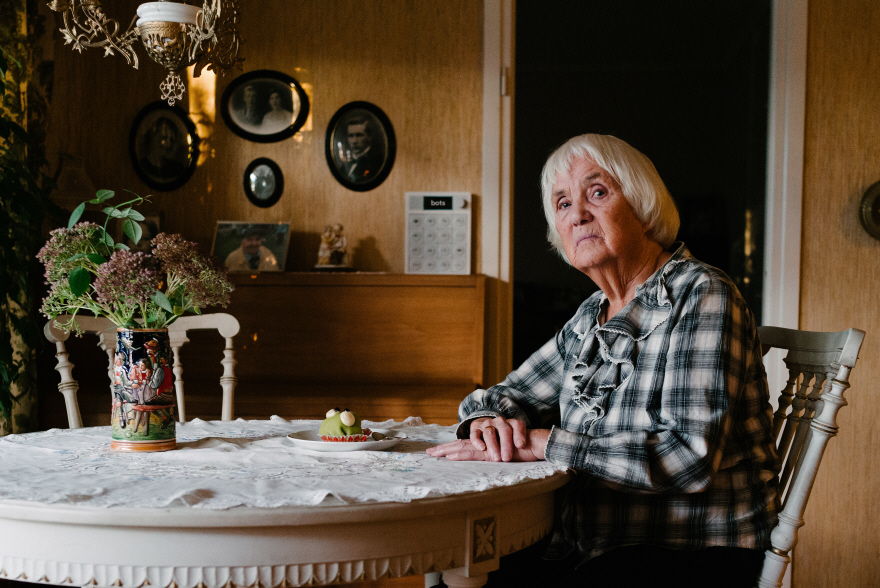 Ada with her Bots 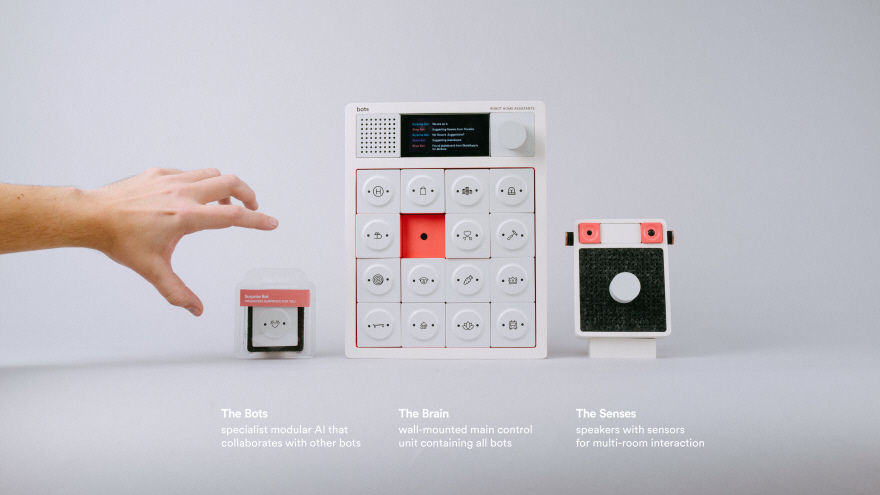 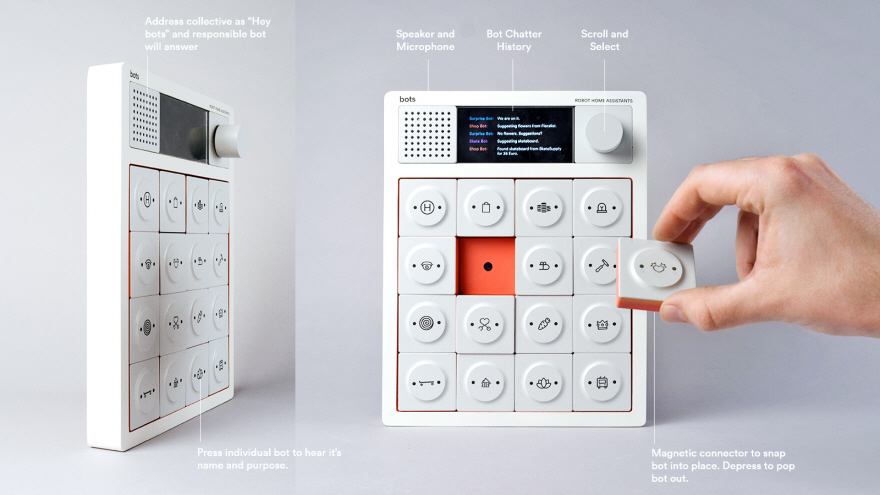 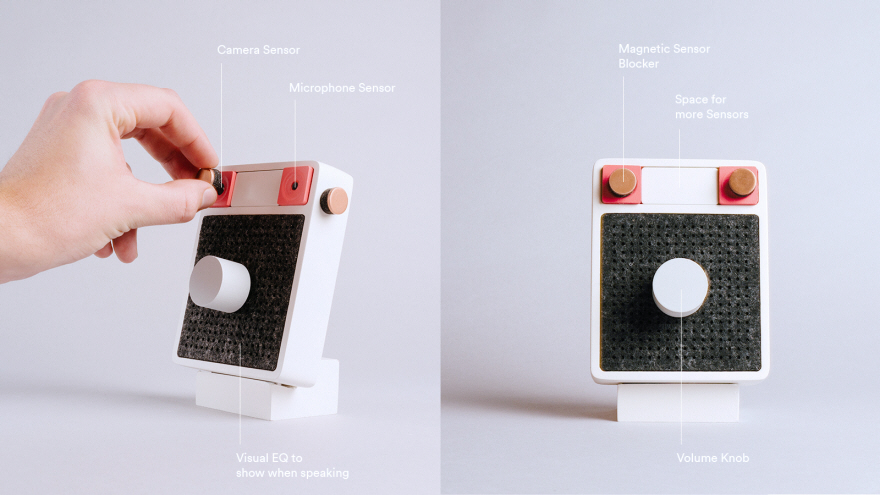 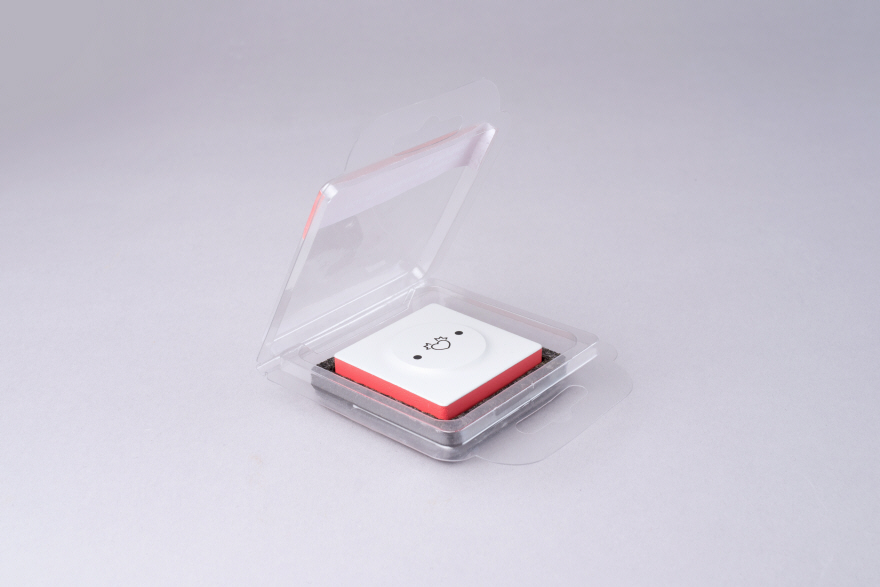 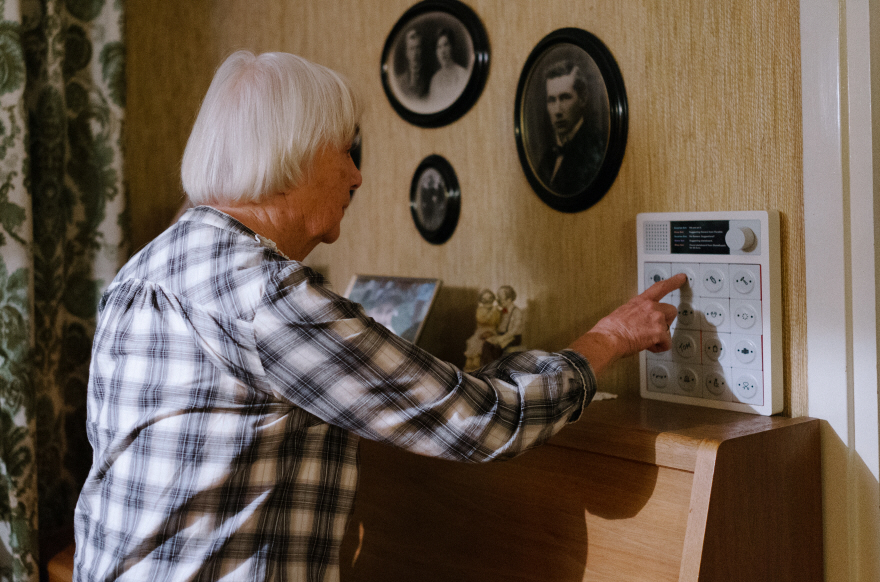 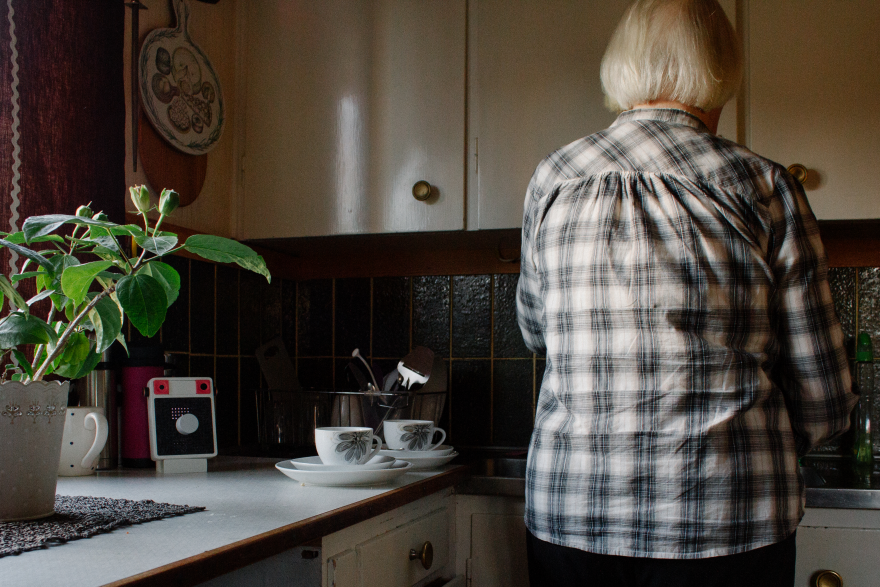 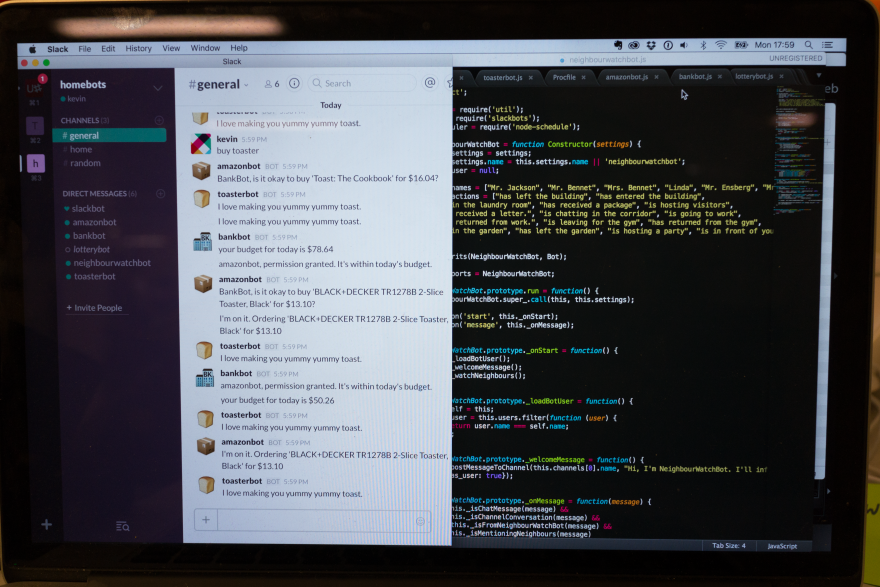 Slackbot Smart Home Prototype This had the unexpected side effect of receiving a weekly summary email of the bot activity in my virtual smart home.

This project is the result of a 10 week speculative design course at Umeå Institute of Design's Interaction Design Masters programme in which I was asked to challenge the notion of the smart home. Rather than create something purely utilitarian, the goal was to design something that would help inform my point of view on our relationship with machine learning assistants. And by doing so, hopefully, create a provocation that could cause other designers to reflect on their stance as well. I find this especially relevant as the idea of conversational interfaces, designing for machine learning and artificial intelligences have become big topics in design since the project started in September.

I was particularly interested in how the smart home promises to seamlessly integrate with its inhabitant's lives, but in reality tends to be everything but – at least to my personal experiences with IFTTT connected light bulbs. Of course, the father of ubiquitous computing, Mark Weiser, proposed decades ago that designers should not focus on designing systems that are seamless, but rather systems with beautiful seams. To explore this idea of "seamful design" further, I decided to look into something we might be using on a daily basis, but don't think of being seamful: our virtual personal assistants.

Siri, Cortana and Alexa are presented to us as a fully formed virtual being - that even comes with in-jokes and pop culture references. Amazon's voice interface currently emulates the a human pausing mid sentence to catch "breath". But on the other hand it paradoxically fails to understand or complete seemingly basic tasks. But if CGI characters in movies are any indication, the more they are trying to emulate us, the more obvious their non-humanity will be to us (see Uncanny Valley effect). But what if these virtual assistants actually were seamful? We could start replacing the parts of them we do not like, and upgrade the parts we do.

I decided to further explore this idea and the interactions that come with it by giving it a physical form. This process was informed by a quick research experiment I did with 20 design students: they were tasked to draw me a quick sketch of where Apple's Siri lives. The sketches that depicted the most mundane real life objects stood out to me the most. This gave me the hunch that the project aesthetic should focus on a future in which these modular assistants are cheap and disposable.

I then developed a near-future world – a neutropia - though a series of essay writing rounds – focussing on extrapolating a couple of key trends (the service economy, an ageing society, advancements in machine learning and processing power). This essay ended up influenced the design, the scenarios and the videos.

In order to arrive at the types of assistants I ran an ideation workshop with 5 design students and asked them to come up with different types of bots. I used these descriptions as a baseline to combine and diversify the results. A prototype using the communication platform Slack was made to try and figure out how collaborative bots might behave. The prototype featured AmazonBot (a bot that looks up prices and orders anything online), BankBot (a bot that keeps track of finances and needs to be asked for permission before buying something), NeighbourwatchBot (a bot that informs about public sightings of one's neighbours) and ToasterBot (a bot that merely states how excited it is to make toast as soon as somebody mentions toast).

Full list of bots include (in no particular order):

- MemoryBot: remembers important things so that you don't need to

- SecurityBot: keeps track of who enters and exists the apartment

- GymBot: collaborates with all other bots to get you to the gym

- SurpriseBot: organises random surprises and delights for you

- LotteryBot: plays the lottery everyday so you don't have to

- MeditationBot: reschedules your day to make time for meditation

- DivaBot: applauds your every actions on those "rainy" days

- PuzzleBot: challenges you to figure out your smart gadgets by randomly changing their settings

- TransportBot: keeps you updated on current transportation options once you get ready to leave

- SkateBot: came with a free magazine sometime two years ago

- RandomBot: nobody knows what exactly it does yet

- PreferenceBot: allows you to easily reset your learned preferences by just throwing the bot out and replacing it.

- ShopBot: orders you anything online in less than an hour

- TechSupportBot: provides tech support without you even knowing it.

Overall it demonstrated strong criticality that opened up a lot of conversations around the future of healthcare--it hit the mark.

The impact achieved through the project narrative could benefit through stronger scenarios of use.