Bike sharing has been around for a while. Since 2007 this lightweight form of public transport has exploded into a near-pandemic spread to major cities everywhere. Quicker than going on foot and easier than bringing your own bike, these public bicycle programmes are conquering the world at a rapid pace. Most bike sharing programmes today are 'third generation systems', meaning that they are equipped with failproof electronic user identification, by means of an identification code or a personal smartcard. However, a new generation is on its way. These 'fourth generation' programmes push general user comfort and increase use of digital technology in a variety of applications. This particular project is a study on how an existing bike sharing programme - Clear Channel's Smartbike - could implement a fourth generation system in the course of 2015.

This study was my thesis project for the University of Antwerp, Master of Science in Product Development 2013-2014. I partnered up with Clear Channel's Smartbike to upgrade their programme to a state-of-the-art bikesharing network, complete with electric bicycles. Instances of the Smartbike bikesharing programme can be found in numerous cities worldwide including Antwerp, Barcelona, Stockholm andMexico City. 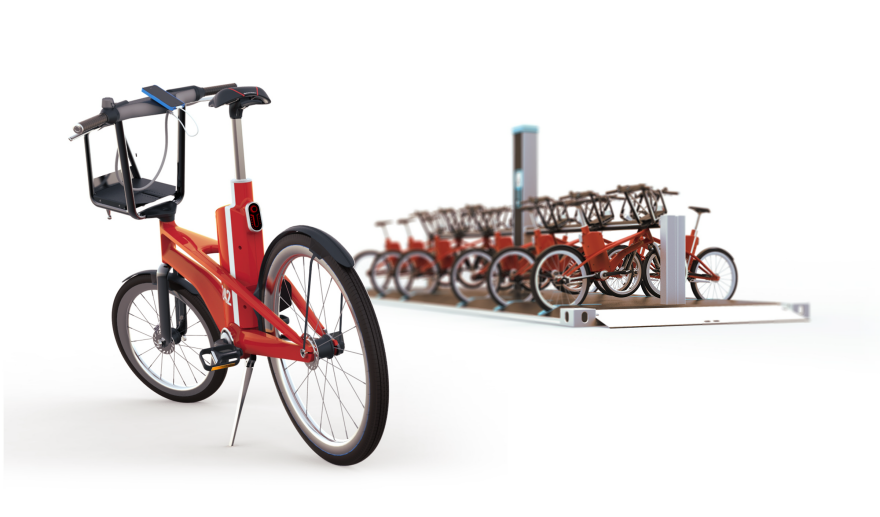 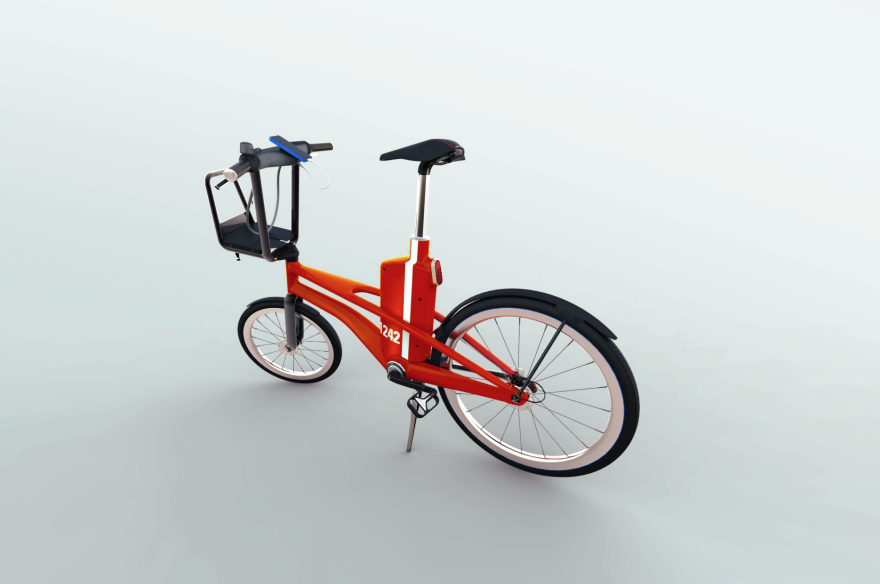 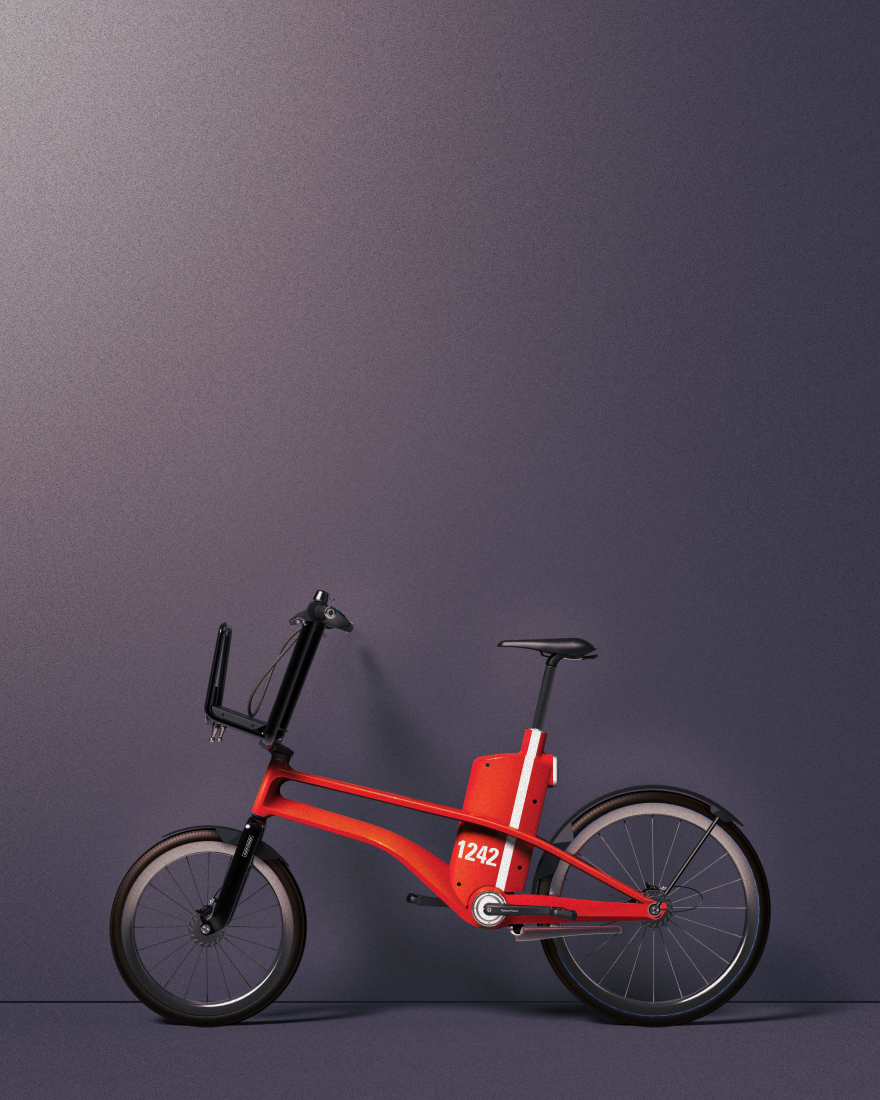 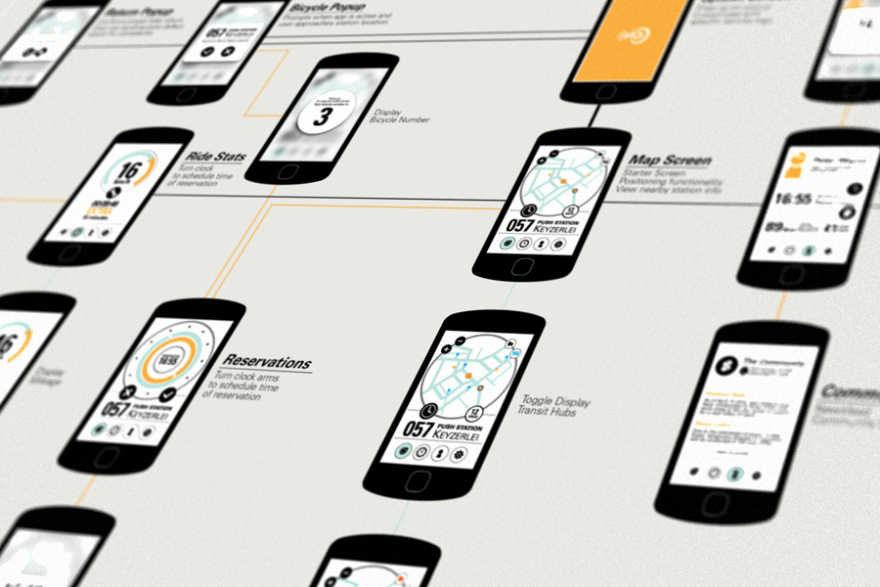 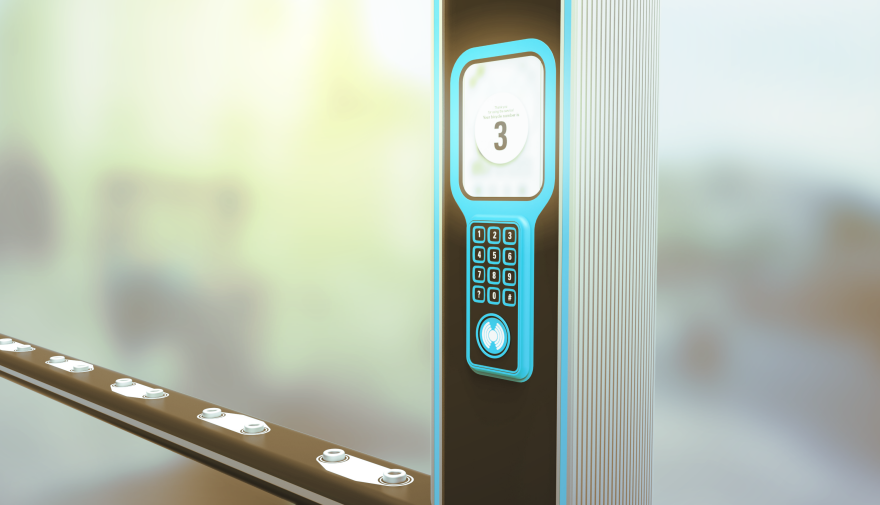 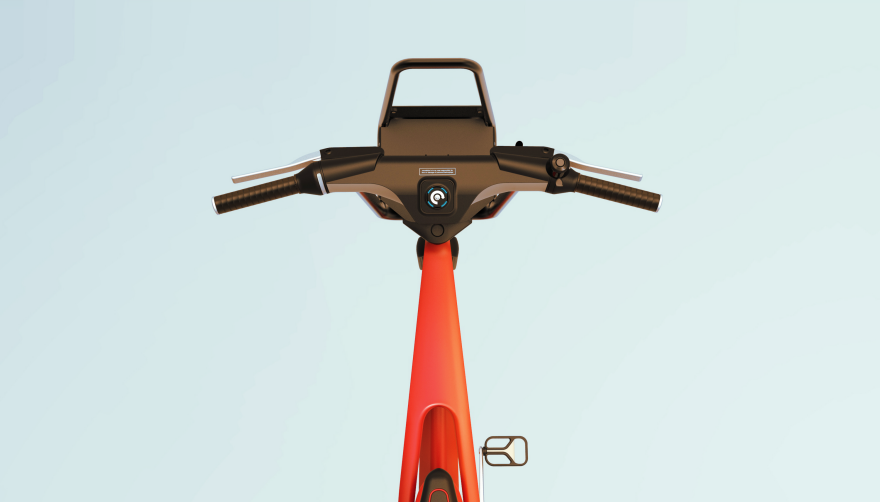 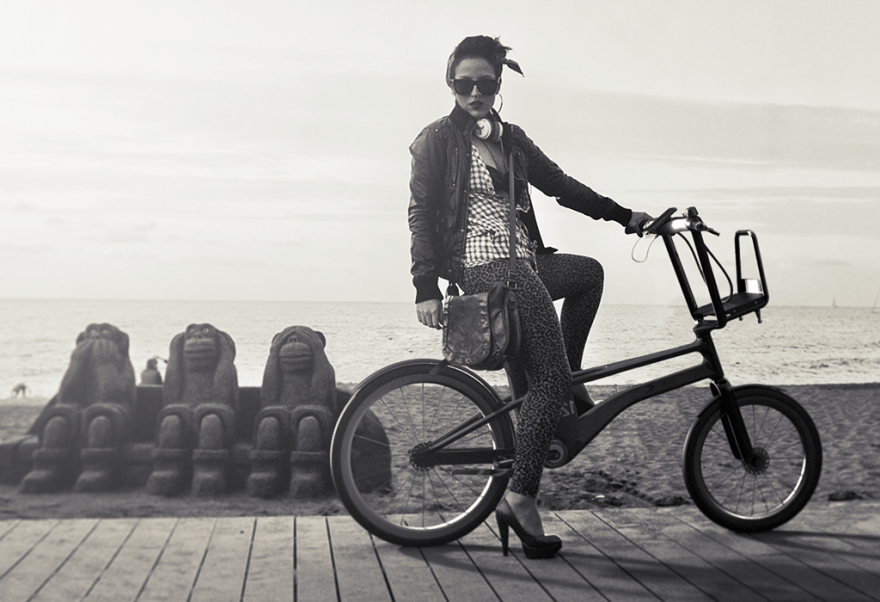 In the spring of 2008, there were as much as 213 bike sharing programs in operation worldwide. Three years later, in 2011, this number had increased to 375 systems. As of April 2013, the number of sharing services worldwide had grown to 535: a rather exponential increase in popularity. Peter Midgley (2011), as cited in Larsen (2013) states that “bike sharing has experienced the fastest growth of any mode of transport in the history of the planet.”

Mobility infrastructure of present- day cities is centred mostly on automobile functionality. This can be defined as the “car-centric city infrastructure”. For the last 50 years the mobility channels of major cities have been constructed for the comfort of motorists, while other means of transport were often overlooked. Today, in a modern city -planned to more effectively fight congestion- other means of transport must be prioritized: public transit, a better pedestrian infrastructure, and the use of bicycles.

Bike sharing is a low-cost form of public transport. A typical sharing system consists of stationary hubs, positioned at numerous strategic locations around a particular city. At these stations a number of bicycles are made available for users to bridge short distances within the city. One can borrow the bikes and ride them from station to station, much like a public bus-scheme, but at lower usage fees and with added flexibility. The system is meant, neither to replace the private bicycle, nor to replace other variants of public transit. It is typically aimed at commuters who need a transport medium to cross ‘that last mile’ from i.e. the train station to the workplace, or tourists who need a cheap means to get around in the city centre.

The current generation of bike sharing systems has taken the world by storm. But there is an array of opportunities for improvement. The most prominent one being the use of electric bicycles, or eBikes. Electric mobility improves user comfort while riding, making it a suitable transport option fora greater demographic.It also allows for longer rides without extra effort. This in turn creates opportunity for larger programme setups, further aleviating traffic congestion around the city boundaries.

I designed the model for the new Smartbike electric bicycle in such a way that it reflects the trusted brand image of its original non-electric counterpart. However, the design has been modernized and translated into an elegant new version with regard for the booming bicycle culture. Sensitive components such as the battery, engine, and even lighting elements are fixed in a sturdy metal body, which makes up for one of the main form characteristics of the new bikes. This shell structure is easily removed for maintenance purposes, but creates a barrier against harsh weather conditions. Another noticeable change is the utter absence of cabling along the bicycle frame. This feature adds to the overall design value, but it also grants the bike more durability, especially from damage resulting from urban nightlife. The steering bar is equipped with a stylish user console, which features a sturdy holder for smart devices. A mounted device will serve as a positioning system while riding. The mobile functionality of the programme was also greatly increased. Using only the smartphone application, users can now obtain a bicycle straight away, without the need for a smart-card. Furthermore there is the option for users to 'book' a bike ride up to 24 hours in advance, which is great for commuters on an ever-so-tight schedule. Saddle adjustment was greatly improved by means of a gas spring mechanism: simply pull the lever below the seat to adjust the saddle to your desired height.

The user's perspective isof courseonly one aspect of the Smartbike story. In the programme's back office, dispatch operators deal with the logistic nightmare of keeping the system balanced. Refill trucks are on the move 16 hours per day in order to maintain bicycle availability at all operating stations. Especially during rush hour, critical locations such as transit hubs and popular working zones are in constant need of new bicycles, or free bicycle slots.

Smartbike's traditional infrastructure was significantly improved. The classic stations have been replaced with a lightweight station module, dynamic and cheap. The individual stations each have a capacity of twelve bicycles. Due to their modular construction, they can be quickly chained together to form larger stations. Temporary large capacity stations at vital traffic locationsshould respond more accurately to the influx of user demand, causing greater user satisfaction, and reducing operator stress.

The cost to set up sites for multiple stations is rather small, because of the limited implantation requirements. Stations are no longer entrenched in the ground, instead they are restrained merely by their own weight. The stations may also be lifted off the ground by specialized vehicles, and can be transported to different locations by Smartbike staff. All this makes for an extremely flexible infrastructure, efficiently responding to user demand changes at various locations. The dimensions of a station are based on those of a standard freight container. They are therefore compatible with most existing trucks and cranes. The station's rigorous base provides support for the full bicycle model, allowing stations to be moved with bicycles still on them.

There’s a lot of great details. The app is great...All been very well thought out. The style is great...It’s a really nice evolution of the bike-share category.