Gillette’s latest Fusion development is ProGlide with FlexBall Technology, a new product from the razor manufacturer that adapts to the contours and shapes of the user’s face and body.

In 2014, RND Studios in Brooklyn, NY had been tasked by 1st Ave Machine to create and execute a one of a kind memorable music experience for Gillette and Gray Advertising. The goal of the ad is meant to demonstrate the rotational capacity of Gillette's Flexball technology by using the razors as armatures that play a piano with composer Son Lux behind the keys. 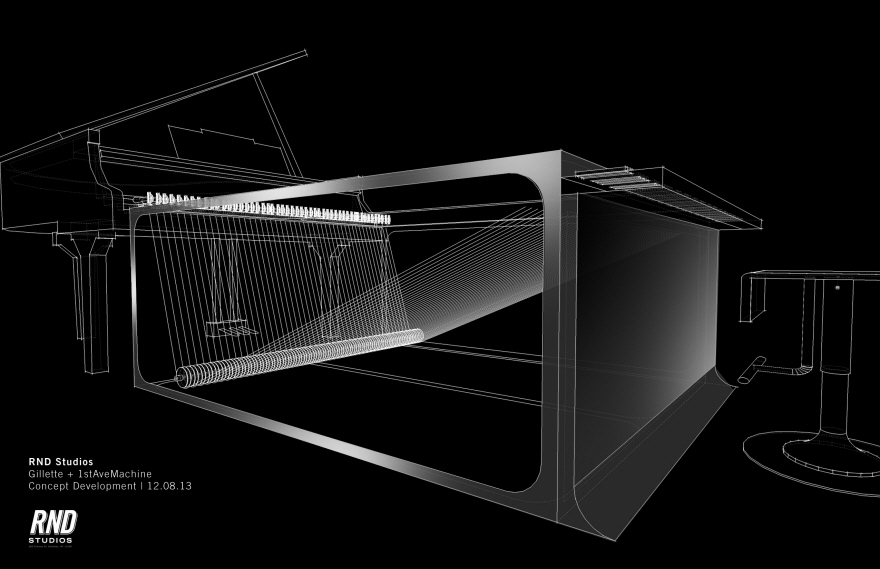 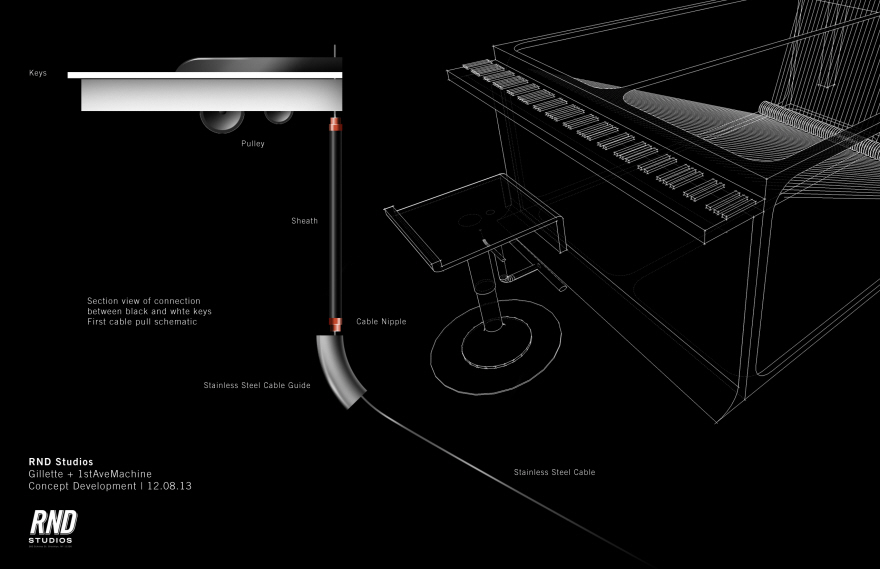 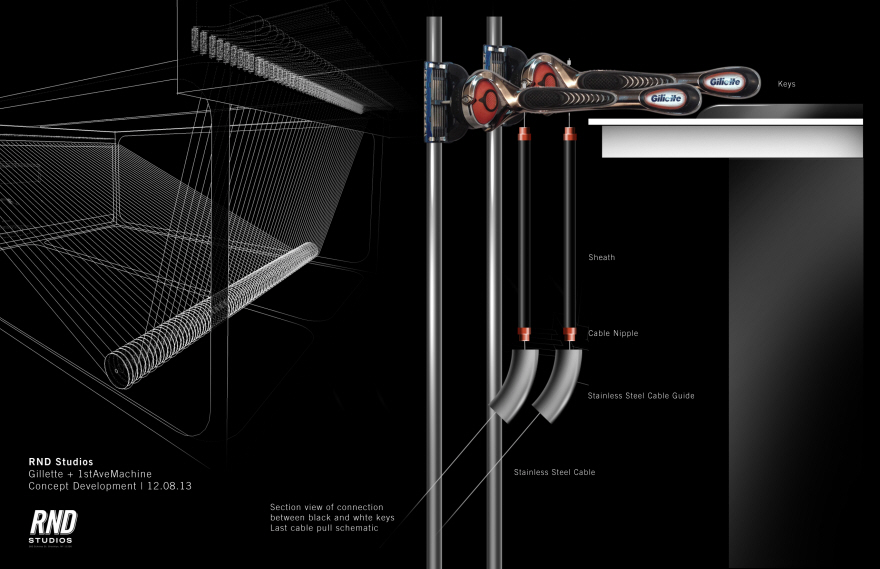 Involving RND Studios early on in the project was critical in combining their skills in design, engineering and fabrication to achieve building a complex mechanical structure that would effortlessly synchronize rhythm and machine.

In this demo, we wanted to emphasize the "dexterity" of the FlexBall technology. We won't reveal the set at first, but rather, we see keys of a piano being pressed by razors without showing who is playing. Then we cut to an obviously different keyboard with human hands playing a traditional keyboard with refined ease. We move out further and reveal a razor handle piano playing device/instrument made of metal and complex composite materials moving and clicking with extreme precision. This movement in essence was designed to reflect the work and engineering involved to create the new Fusion Razor as well as mimic the type of precision results users would obtain shaving with this razor.

The project from start to finish lasted a total of five consecutive days, design and build. The RND Studios workspace transformed into a quintessential scene from any 'Mythbusters' style set. The initial idea generation for the project came in the form of raw concept development. David Shor led RND to explore the project first in the form of hand sketches. Working closely with the commercial director, the team first generated sketch images that led to mechanical development with in-house lead fabricator Joe Nero. Styling and production lead Ron Beach utilized his skill in coordinating all efforts and team crew to bring it all together.

The biomechanics of the Razor Piano transcends the commercial production world by creating a one of a kind interactive kinetic sculpture that brings to life a soul and a craft often not seen video.

This demonstrates, in a very sweet and funny way, the hinge on the razor. We all really liked it.