Uptown Underground projects a geographically accurate view of the cityscape above a moving subway car onto its ceiling as it moves under New York City.

The project took inspiration from the glass-bottom boat, where access is granted to the reeds, the fish, and the dark depths normally inaccessible. Conversely, the experience of the subway is marked by detachment: in the moments between stations, all urban context is stripped away and replaced with darkness. Imagining seeing through the ceiling to the street and becoming aware of such a dynamic perspective offered restored connection with and newfound contextualization within the city.

The intervention was installed, without permission, on a series of moving subway wagons from Brooklyn Bridge-City Hall to 96th Street stations, a roughly 6 mile/25-minute loop along the East Side of Manhattan. The project was implemented with four projectors connected to Raspberry Pi's, synchronized with offsets over a peer-to-peer WiFi network and informed by geolocation and acceleration data from a cellphone, all on battery power. Both the digital and physical elements of the project were designed for expedience of installation, as the window of opportunity lasted only 45 seconds as the train transitioned from the downtown to uptown track.

The project aimed to create a technology-positive interaction with the sole intention of augmenting the urban experience. It did this by directly intervening in the daily lives of subway users through projections and new technologies. Those on the train tended to put down their cell phones and, with excitement and curiosity, look up. 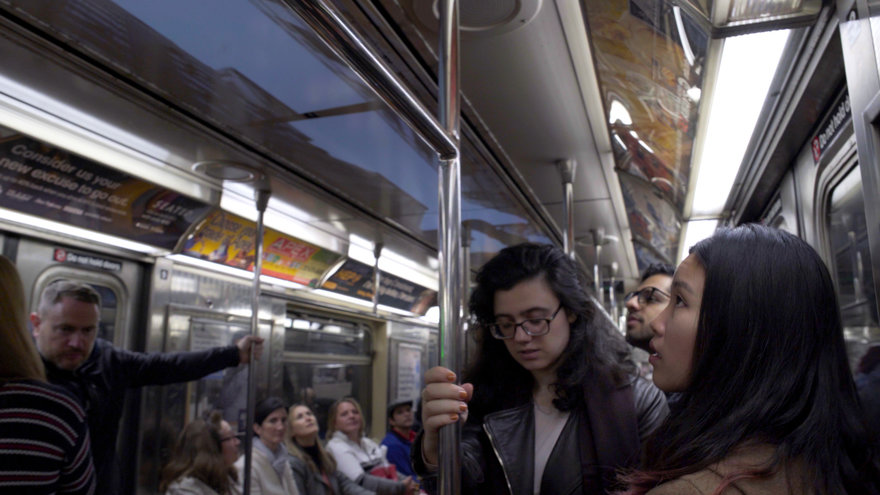 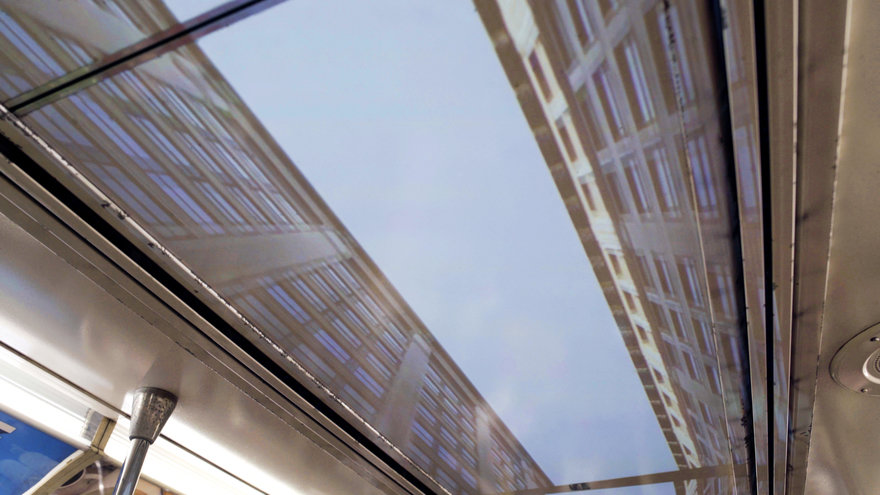 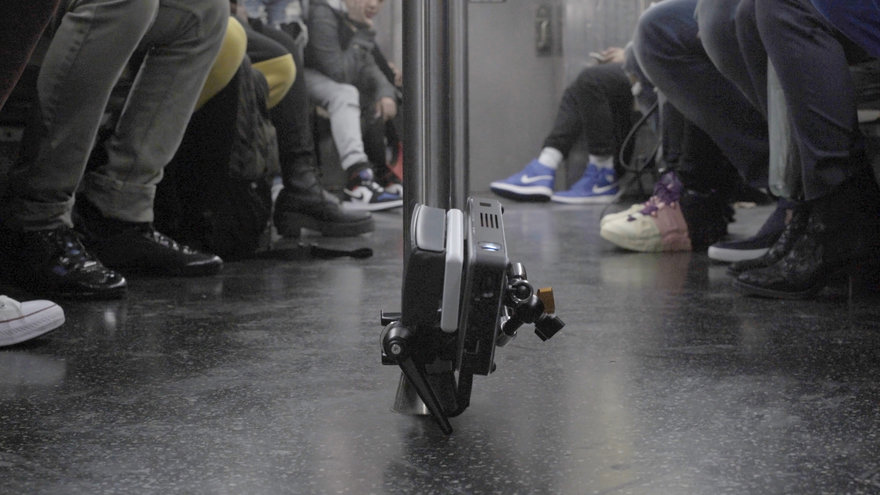 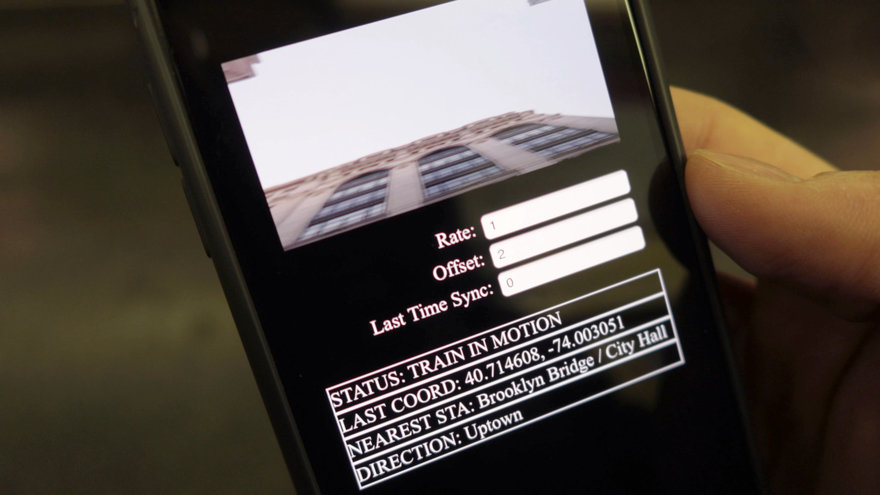 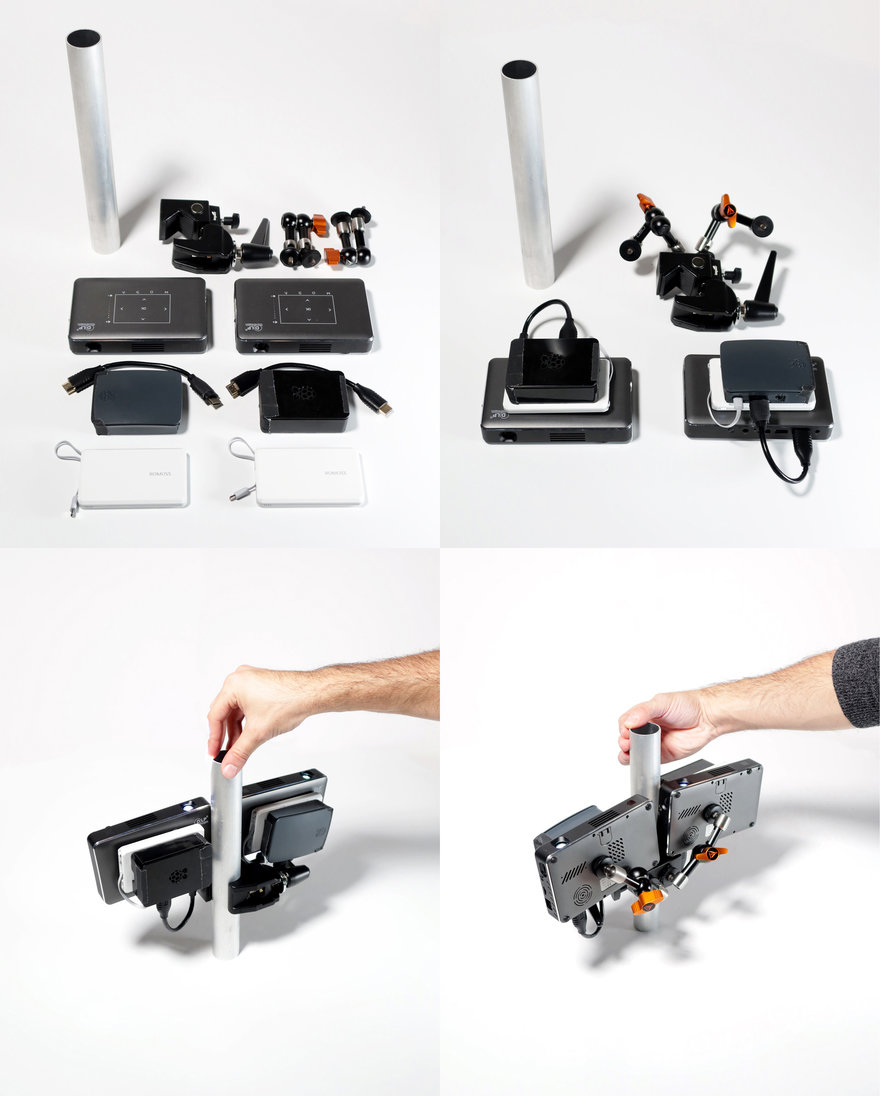 Elements and Build Ian Callender Each unit comprises a clamp and two arms of a computer, a battery pack, and a projector 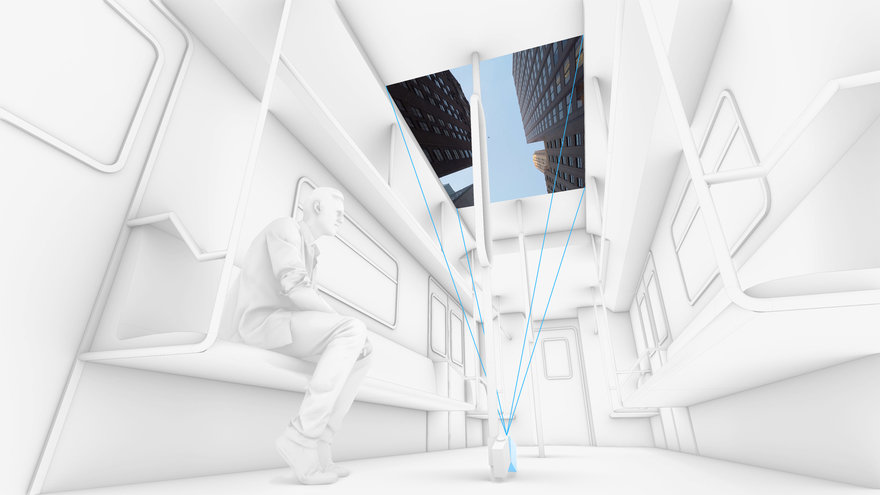 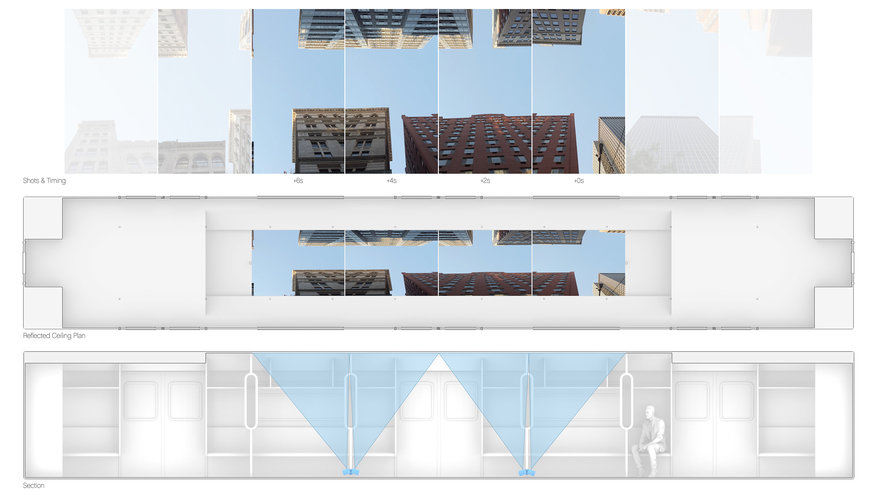