Xbox Series S is an all-digital next-gen video game console designed to deliver everything that is core to next-generation gaming – faster load times, higher frame rates, and richer, more dynamic worlds – in our smallest Xbox ever. 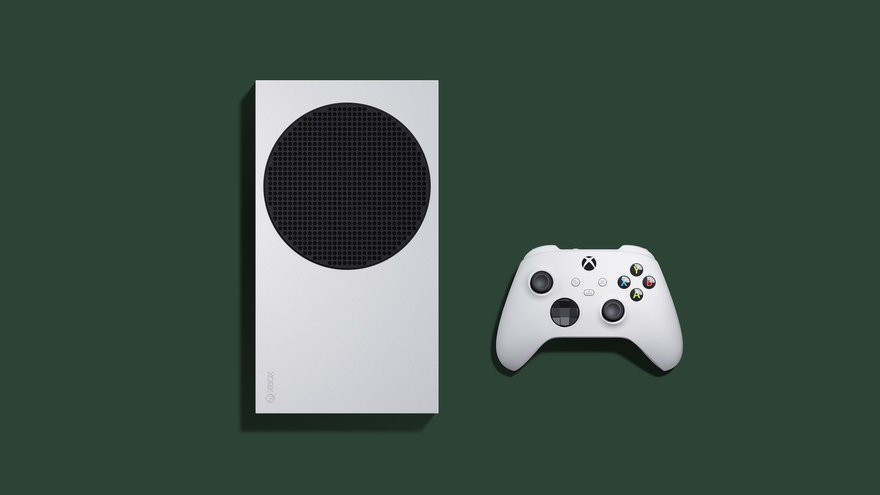 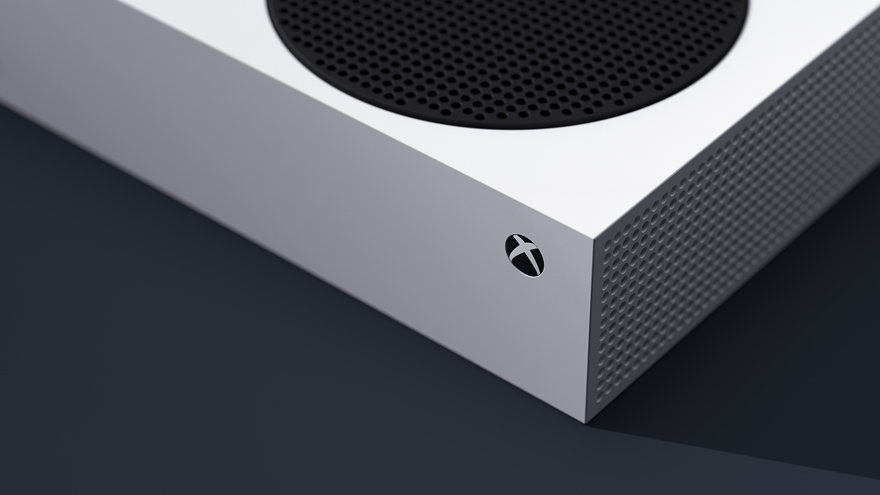 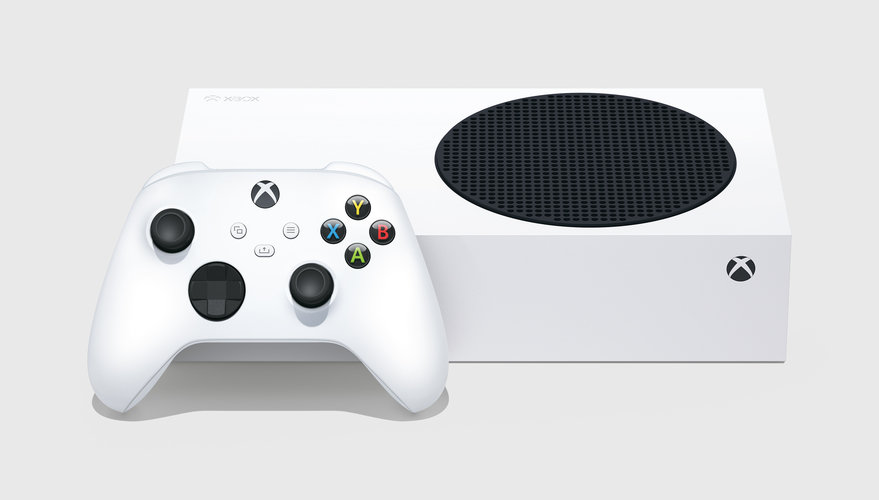 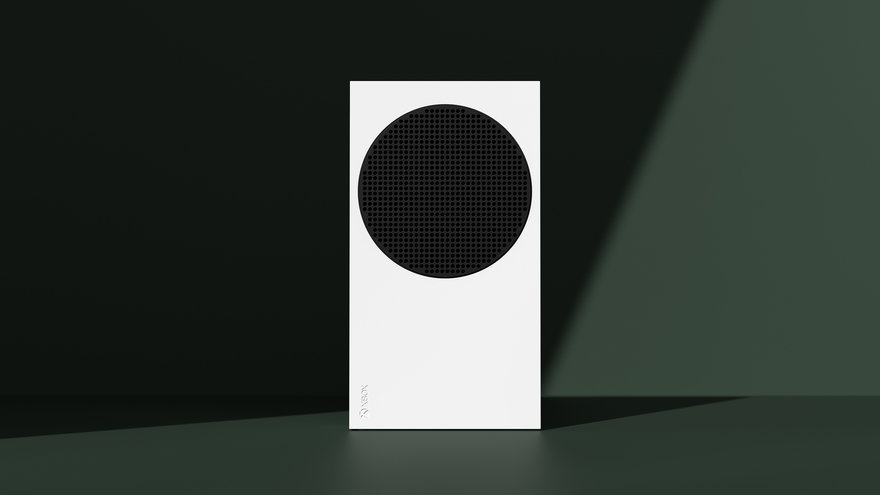 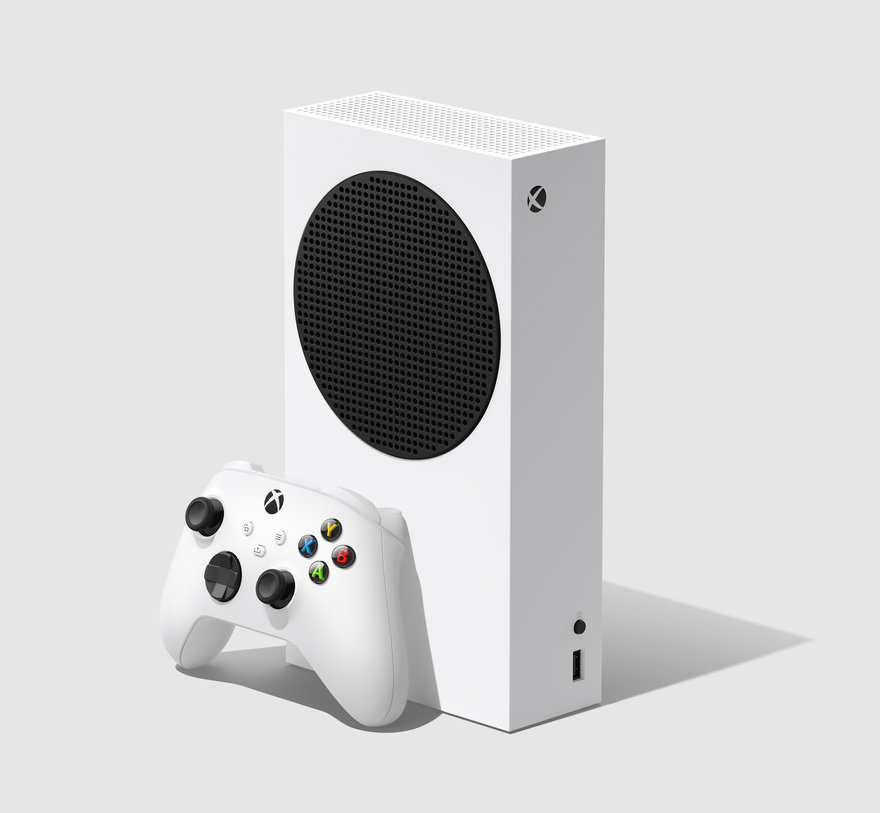 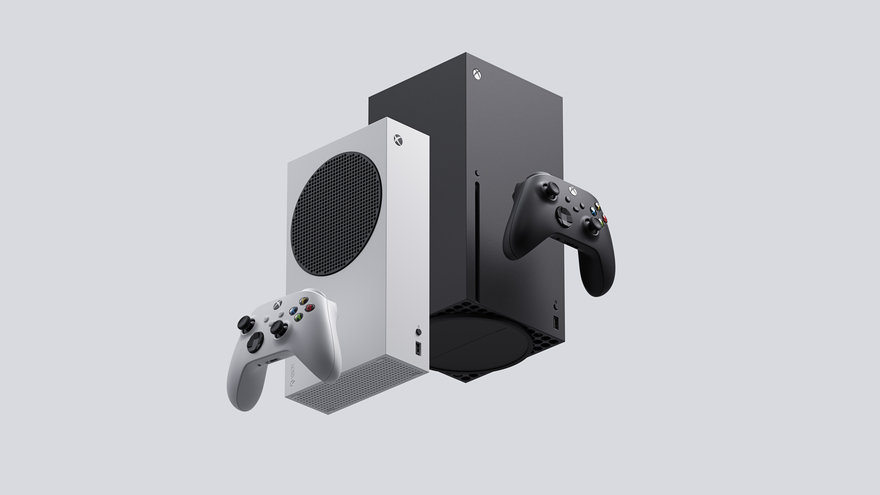 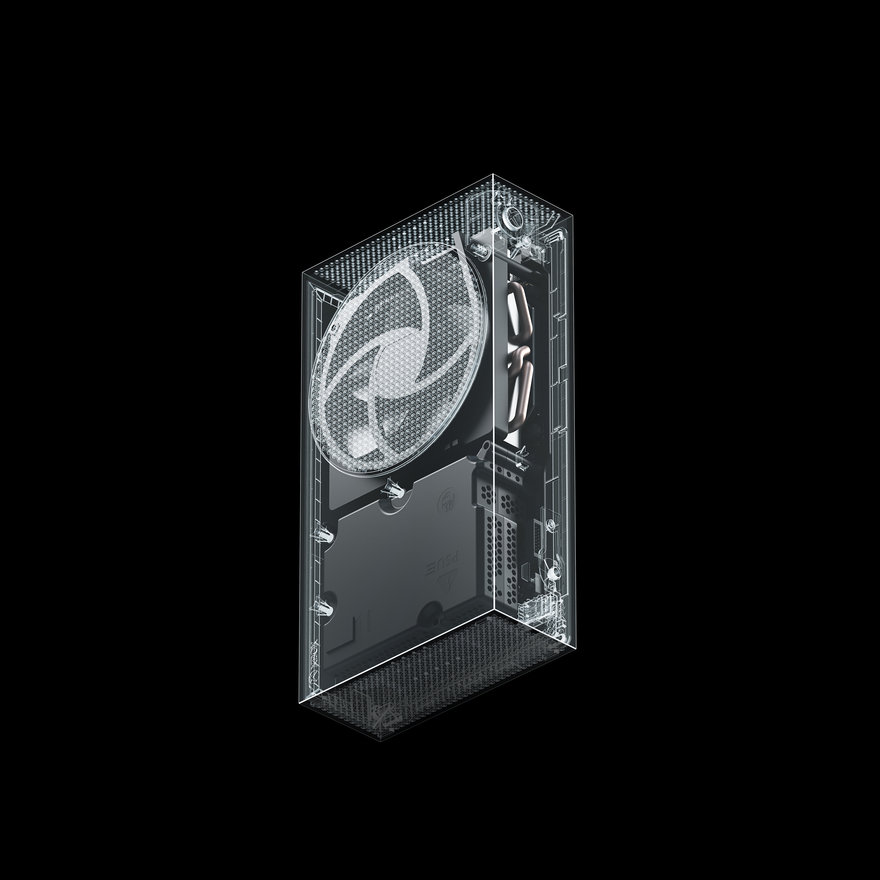 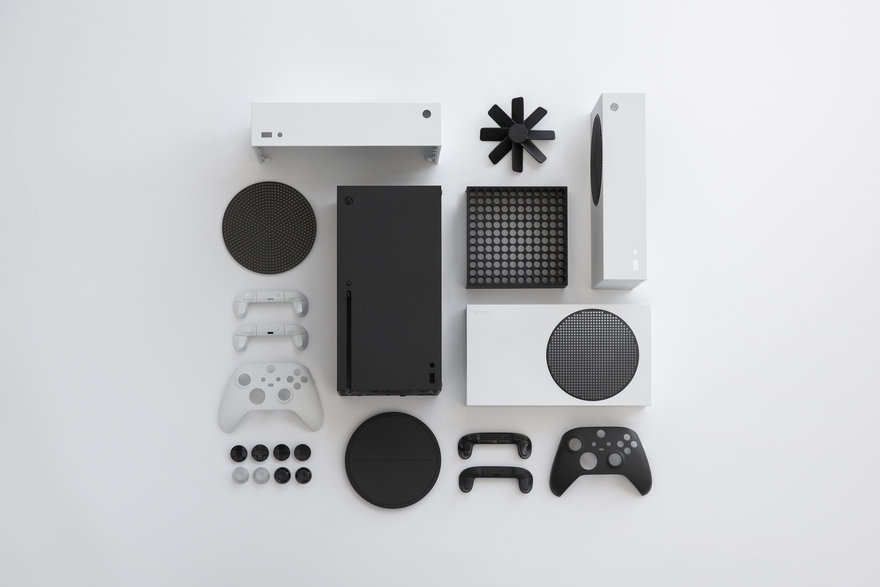 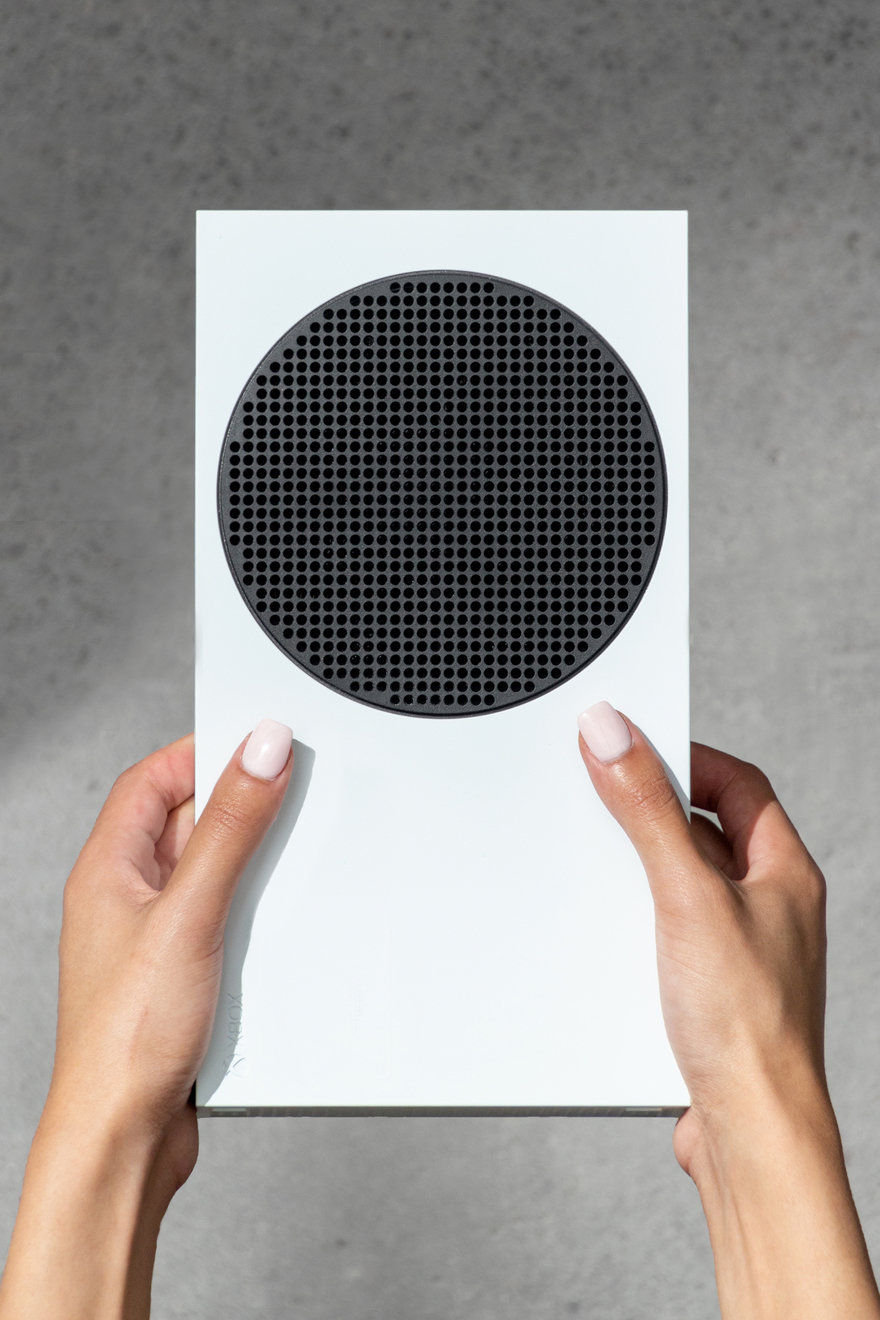 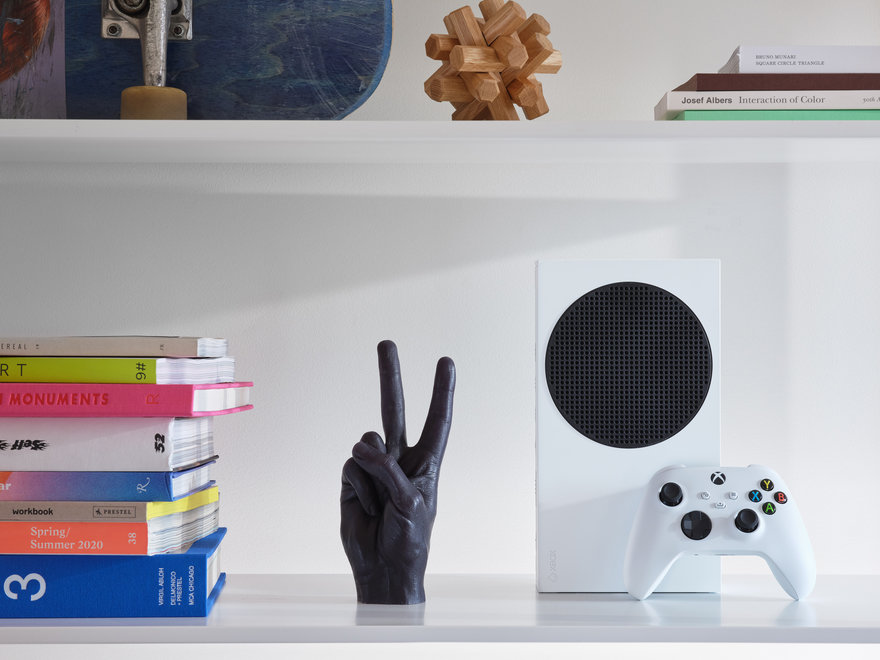 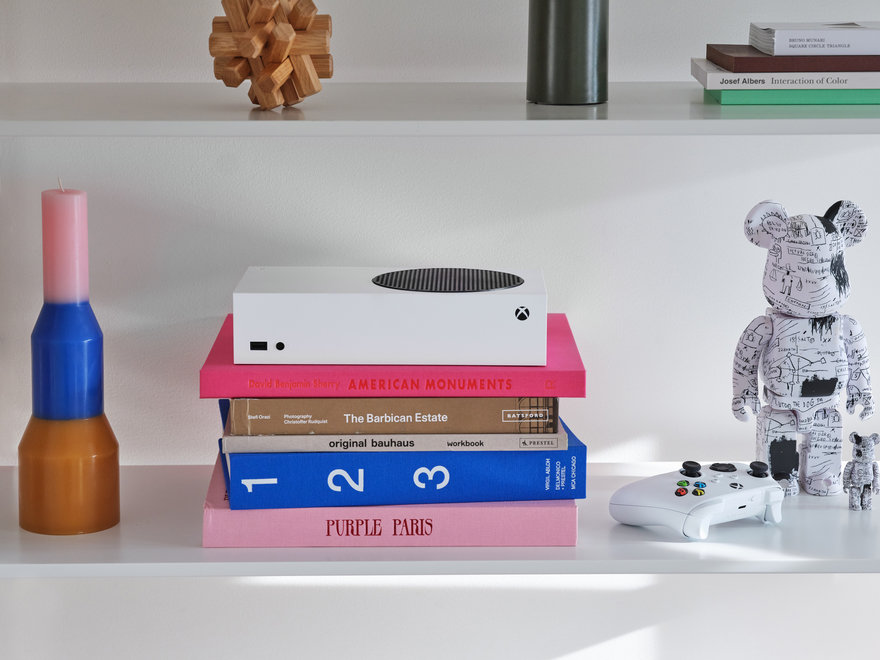 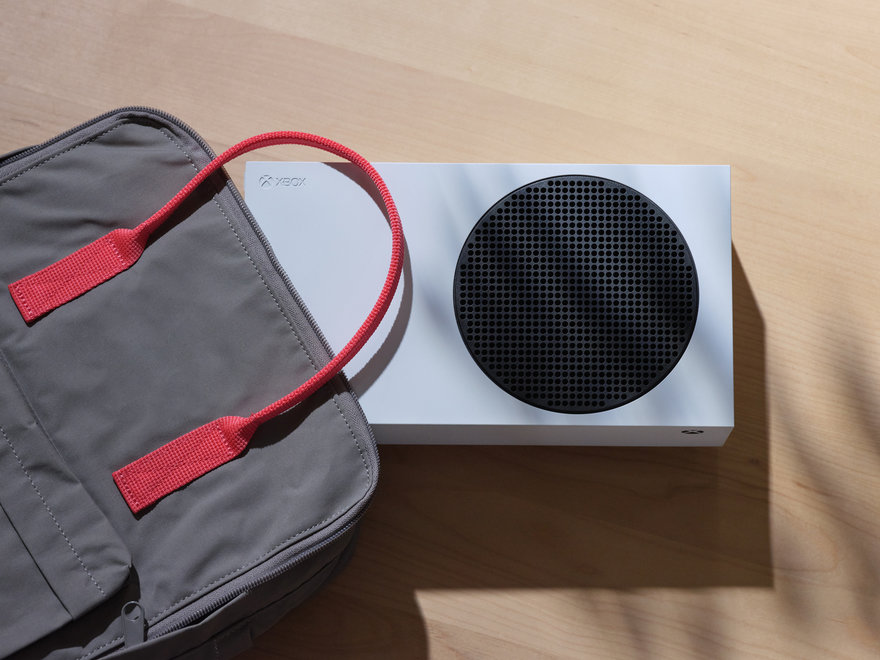 The Xbox Series S (XSS) is the second console the team designed this generation, which on its own is a first. Whereas the goal of the flagship Xbox Series X was to be the ultimate showcase for power and high fidelity in video games- the goal of the Series S was to bring all the other benefits of the new chipset- fast loading times, richer game experiences and higher framerates- in a compact, modern factor and with an affordable price tag.

Most gamers download their content, so the decision to make the XSS all-digital, with no optical disc drive, was a natural one. Removing that component let the design and engineering teams reshape the architecture of the console dramatically; with that freedom, the team made the choice to shrink the depth of the console from front to back, reducing its depth by three inches from its predecessor, the Xbox One S. This results in a console that can go more places in your home, has easier to access cables and can be more easily transported.

In order to creatively keep cost down to make the XSS more affordable for more people, the team designed the enclosures to be highly manufacturable with a color tuned to produce high yields and molding processes that simplified assembly and ensured high quality fit and finish. The combination of engineering expertise and design execution make this an equal part of the Xbox console family, but at a lower price than any new console before.

Space is at a premium in most people's homes, so we knew designing the Xbox Series S to easily fit in more places was important from the start. It's 60% smaller than the Xbox Series X but matches it in one important dimension- the depth. At 151mm or about 6 inches, it takes up significantly less space on a shelf or mantle; with cables plugged in it's just 8 inches deep. That allows the XSS to easily fit anywhere a current gen console does and opens up many new opportunities too. To build even further on that flexibility, the thermal system is engineered and weight balanced to work equally effectively in horizontal or vertical positions. Delivering that kind of flexibility to our customers is an important part of the design, one that lets them set it up and get to having fun as easily as possible.

Since you don't physically interact with a game console while you're using it, it essentially needs to become invisible- and silent during game play. The visually quiet exterior of the Series S and the large axial fan- which moves a higher volume of air at a lower speed than other fans- both serve that need, letting gamers focus on the game.

The Series S is designed to bring new gamers onto the Xbox platform- approachable and fun, but not visually overpowering. The form is an acknowledgement of that and a direct result of collaboration between design and engineering, architecting the internal components in a unique and innovative way: designed from the inside out. When it comes to our aesthetic approach, we use the term Intelligent Geometry to explain the process of starting with primitive forms and revealing character through functional elements. These two approaches work hand in hand, staying honest to the technical aspects of components and only adding or subtracting form when serving a purpose.

The form of the Series S is deceptively simple- a pure white rectangular box punctuated by a black circle. The external expression only exists because of the internal components though. The circle's size and location are entirely dictated by the exhaust fan; it's black in order to read as one element, rather than the hundreds of small vent holes that comprise it. The air intakes on either end of the console are mirrors of each other and exactly align with the vent pattern on the exhaust and the additional intake on the bottom. Every element on the device was considered for its own functionality and its relationship to the other elements around it, resulting in a simple and purposeful design that gives the XSS its expressive and approachable character.

The Series S is a critical component to the Xbox strategy of building a platform for billions of gamers around the world to play on. By designing to an affordable price point with a fun and approachable character, the XSS becomes the entry point for gamers new to the platform who want a big screen gaming experience at an affordable price.

Despite the entry level price, the build quality of the device holds to the incredibly high standards the Color, Materials and Design team (CMD) have for all of our products. Our fans have come to expect durable, well engineered products and the Series S delivers- the main enclosure is made with a complex insert molded construction, resulting in an incredibly strong and deceptively simple looking object. The surface finish was chemically etched in the tool, resulting in a lower sheen and better scratch resistance.

The high bar for quality permeates the digital experience as well. Working closely throughout the development process, the hardware and software teams ensure design unity throughout a customer's experience, which builds trust and preference for the products and services Microsoft makes as a whole. In many ways the development process for Series S typifies the way teams across the company work to deliver seamless experiences- from Xbox to Surface to HoloLens and beyond.

Gaming is important. Not just because play is essential to human development and growth- it's important in this context because of the way it brings people together, especially over the past year. People in different locations, different genders, different races, and all ages- come together as peers when they play games together. Over the course of the pandemic, consumer spending on gaming has increased by double digits month over month- in the absence of being able to physically gather, games have provided a safe way to make connections with friends and loved ones. The popularity of the Xbox Series S has meant that it has been continuously sold out throughout months of restocks since launch. The overwhelming demand points to not just a popular device, but to a desire for entertainment and connection during a year that has put a damper on both.