A project of the Fabien Cousteau Ocean Learning Center (FCOLC), PROTEUS™ is conceived as the underwater version of the International Space Station; it will be a platform for global collaboration amongst the world's leading researchers, academics, government agencies, and corporations to advance science to benefit the future of the planet. The underwater research station will advance scientific and oceanic research by making it livable for scientists to work for long periods of time, carrying out a variety of research missions.

At 4,000 square feet, PROTEUS™ will be three or four times the size of any previously built submarine habitats, accommodating up to twelve people at once. Attached to the ocean floor by legs designed to adapt to the variable terrain, the design is based on the concept of a spiral. A series of modular pods are attached to the main body and will accommodate a variety of uses such as laboratories, sleeping quarters, bathrooms, medical bays, life support systems, and storage. The largest pod contains a moon pool allowing submersibles to dock. These pods can be attached or detached to adapt to the specific needs of the users over time. Two of the other biggest challenges to staying underwater for longer spans of time are social isolation and lack of natural light. PROTEUS™'s central spaces will provide physical comfort, social connection, and professional collaboration. Additionally, the station will be designed to gather as much light as possible from windows, on the top, and around the sides of the structure.

The first habitats were dismantled shortly after the missions ended, and Fabien Cousteau's plans are much more ambitious. Project Proteus, named after a Greek god who was a herdsman of sea beasts, will be larger than its predecessors, and permanent, hosting up to 12 researchers at once for weeks and even months at a time. The first blueprints show it as a giant steel starfish, with a central body anchored to the seabed, surrounded by modular pods used as laboratories, sleeping quarters, and medical bays. Data captured from Proteus could improve scientists' understanding of ocean salinity, acidity, temperature variations, and pollution. Changes in these metrics could help better predict storms and give a more complete picture of ocean warming. It makes business sense, too, Cousteau argues. Samples of algae, coral, and fish could lead to pharmaceutical companies finding new cures for human diseases. 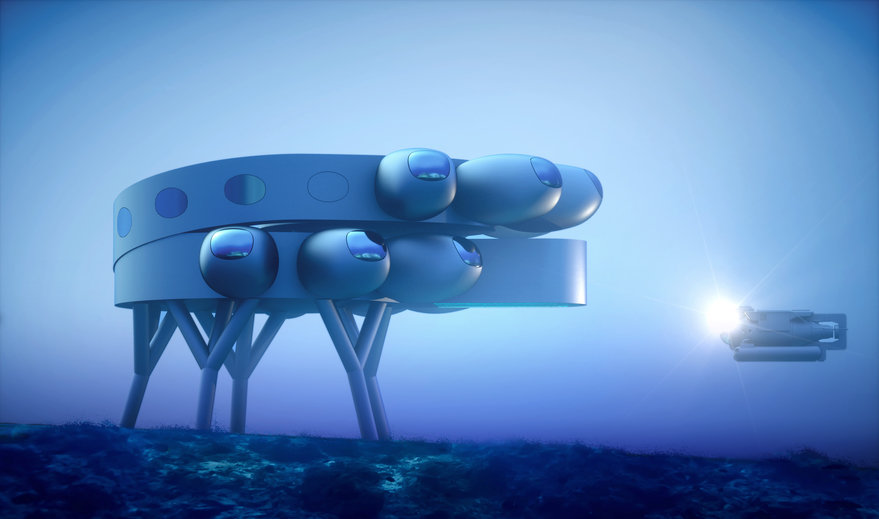 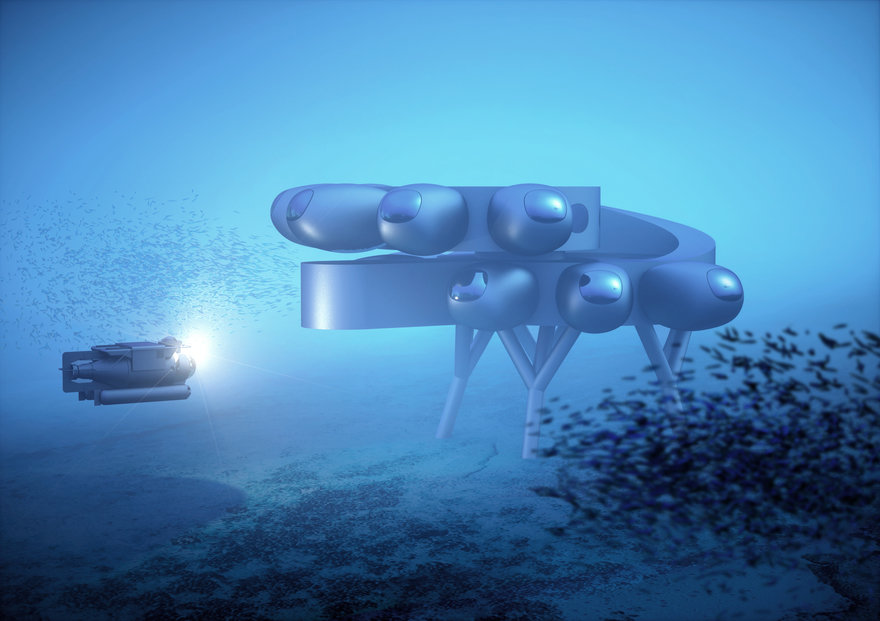 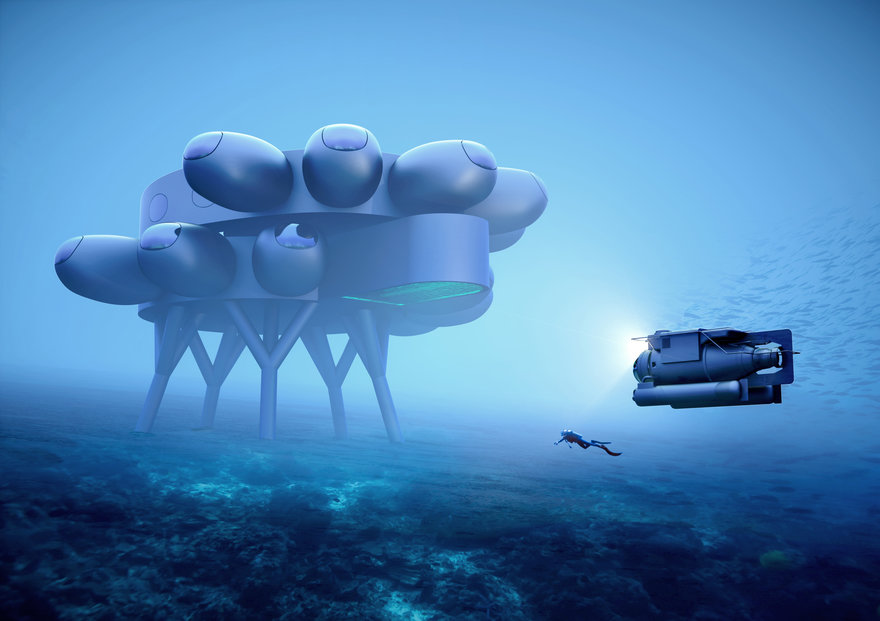 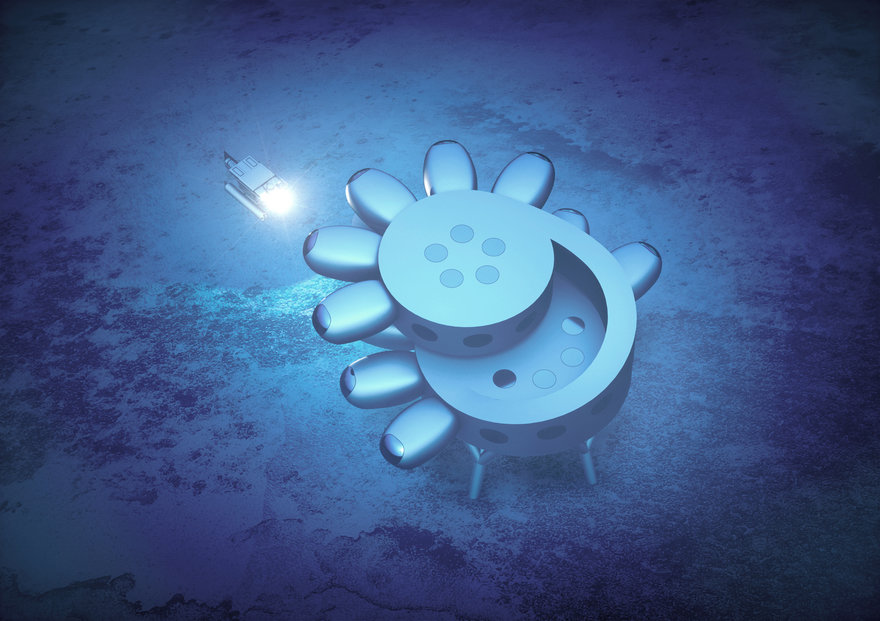 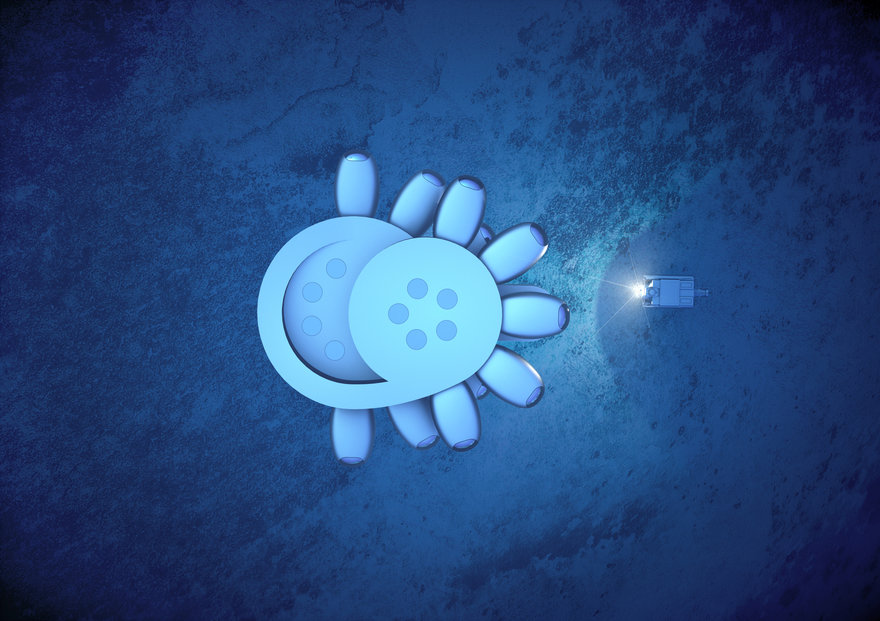 Proposed as the largest and most technologically advanced underwater station ever built, PROTEUS™ will grant scientists and aquanauts the time to conduct continuous night and day diving and data collection. PROTEUS™ will enable the discovery of new species of marine life, create a better understanding of how climate change affects the ocean, and allow for testing of advanced technologies for green power, aquaculture, and robotic exploration. Onsite labs will facilitate the processing of organic samples that can be studied in real-time, rather than the specimens rapidly degrading or dying during the arduous journey to the surface. On-premise experimentation results in an enhanced pipeline to support the development of new treatments for cancer, antibiotics, and vaccines, and much more.

The two levels of PROTEUS™ are connected by a spiral ramp to encourage physical activity and movement for the inhabitants. The ramp connects the main spaces within PROTEUS™ which are designed to feel inviting and comfortable, an approach that is a departure from most facilities of this nature which typically forego comfort and a sense of home in favor of cold utility. These common spaces include a living room, kitchen, dining, and work areas. PROTEUS™ will also have the first underwater greenhouse so residents can grow fresh plant food in order to solve the challenge of not being able to cook with open flames.