FLIR SCOPE is an innovative water nozzle solution, supporting firefighters to fight the fire more effectively and safely. With the clip-on module on top of the SCOPE nozzle, it allows smoke divers to quickly inspect the environment in total darkness and see through the smoke.

Using the advanced FLIR Thermal Imaging system, it helps find hot spots and victims quickly and easily. Because the thermal imaging system is mounted with the nozzle, firefighters can simply look down without putting down the nozzle or taking out another device. SCOPE is also equipped with ultrasonic technology which can provide useful distance information.

It is a simple and smart system which uses the Thermal imaging technology in an untraditional way, by giving firefighters more freedom and convenience, fire can be put down much quicker and many more lives can be saved. 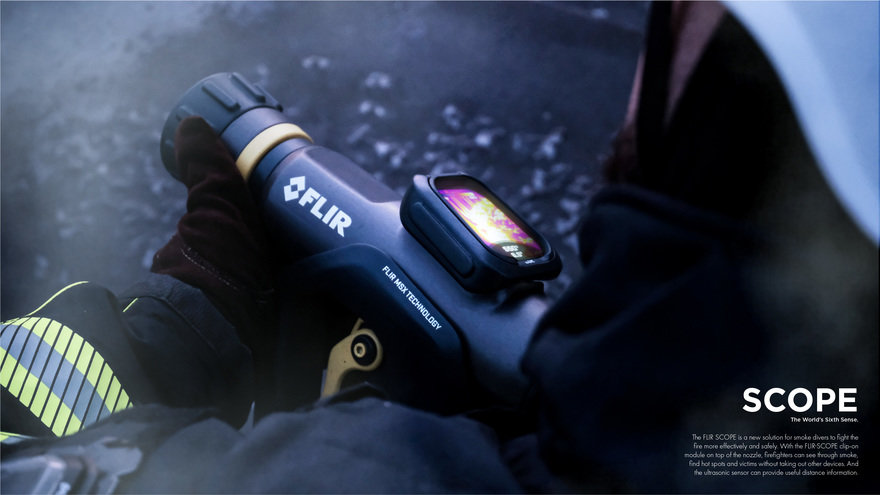 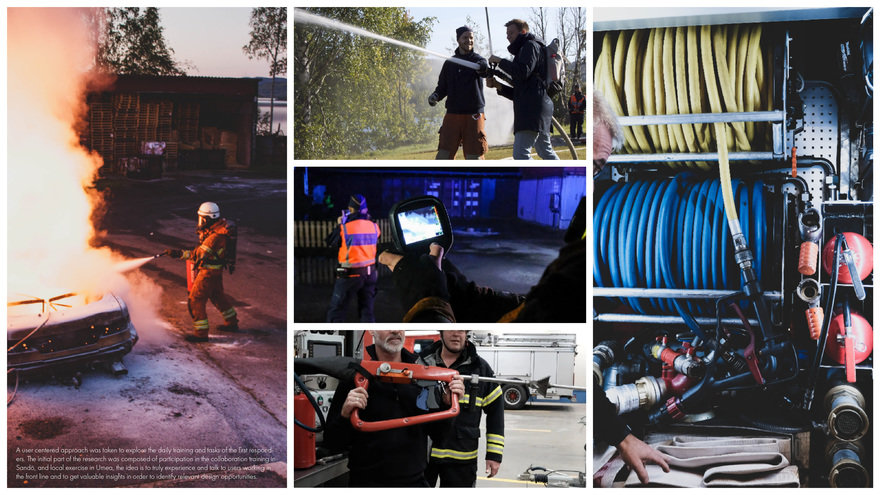 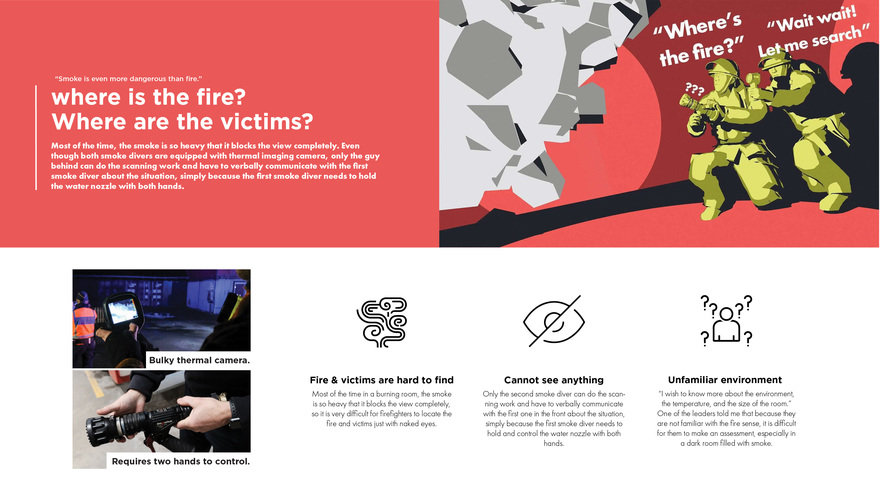 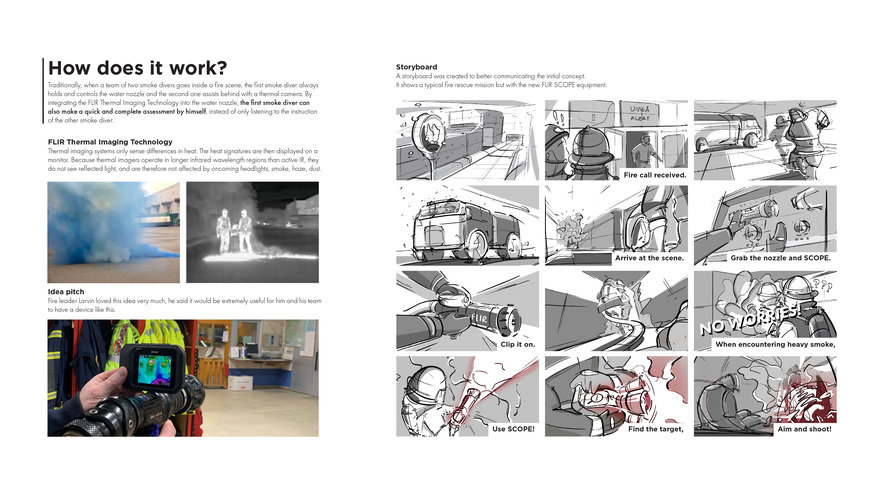 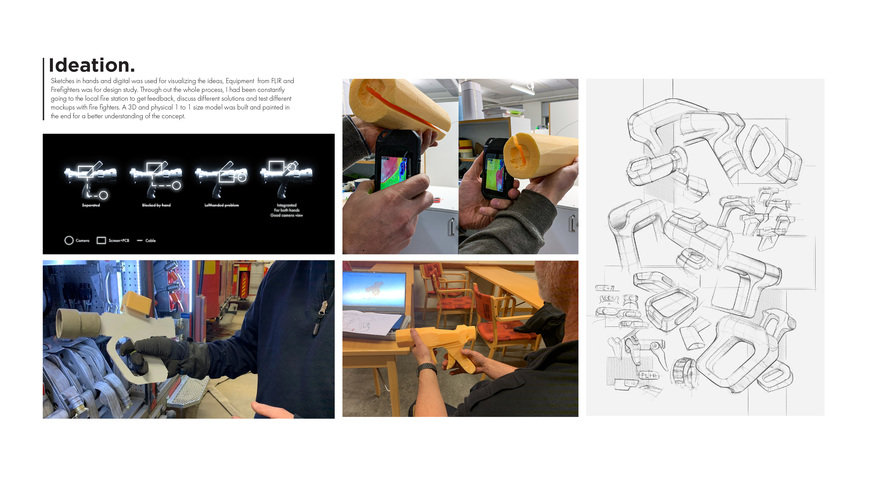 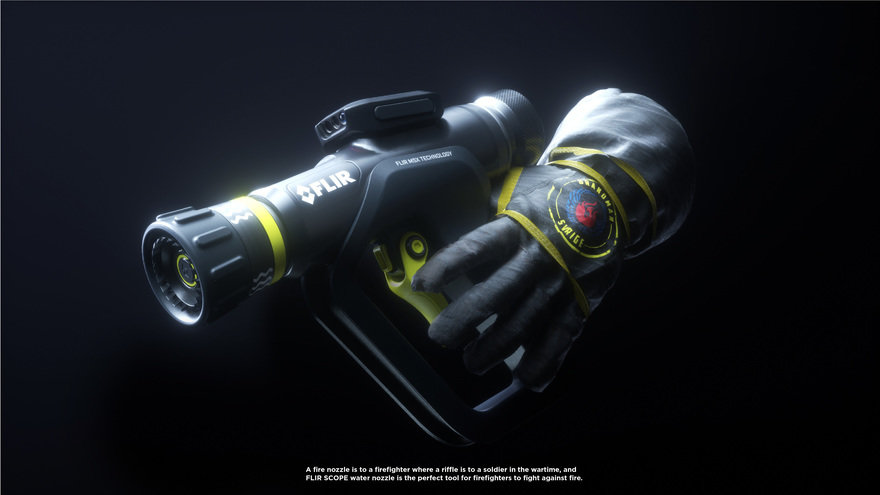 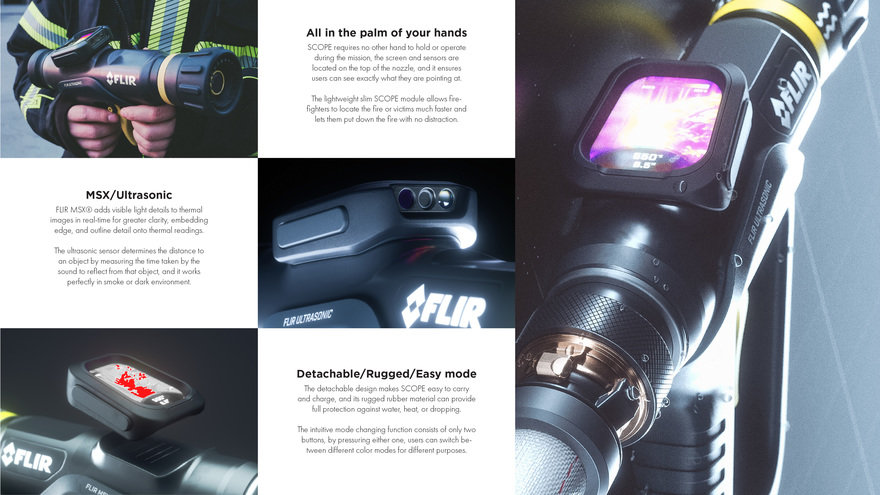 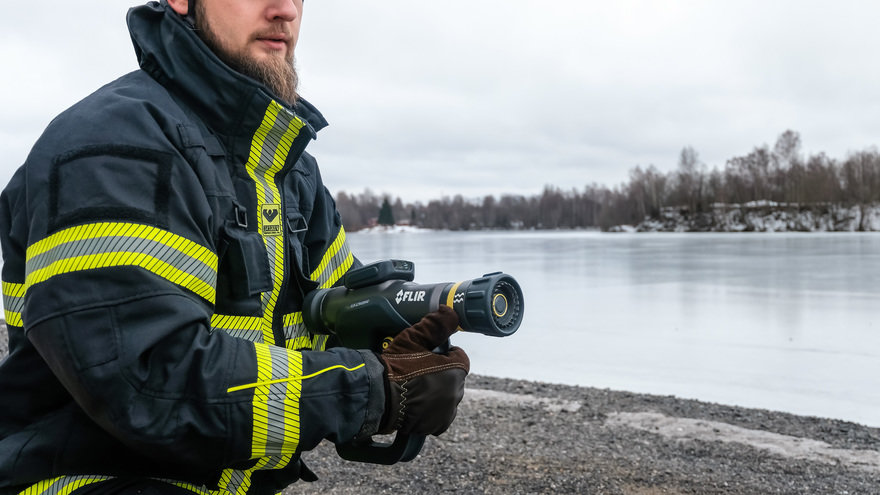 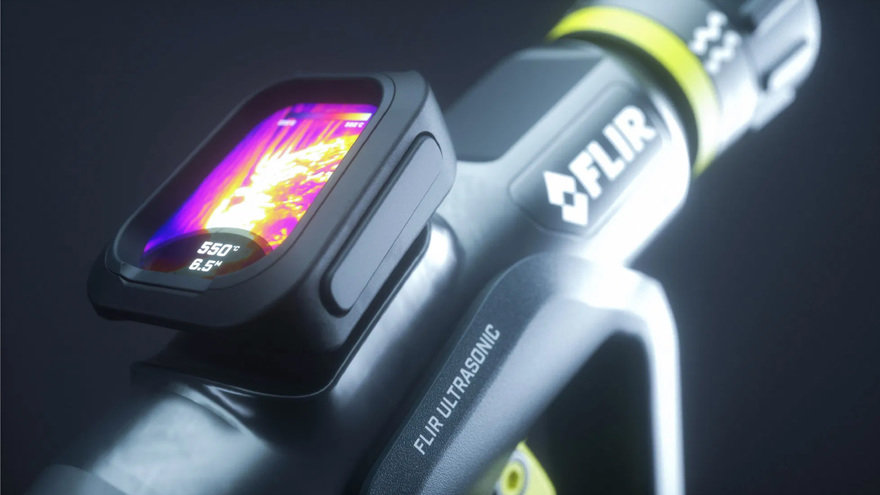 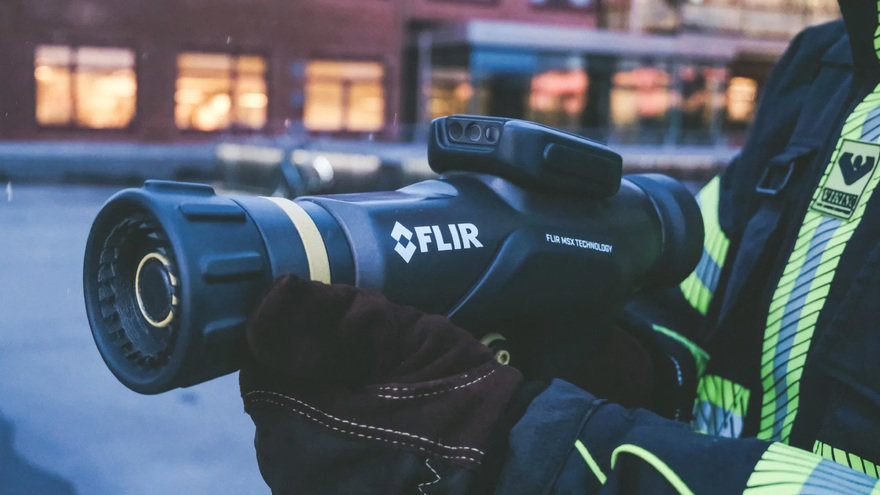 FLIR SCOPE allows firefighters to see through dark and smoky fire scenes quickly and easily all within the palm of their hands. By using the FLIR thermal system, it gives more freedom and efficiency, so that fire can be put down faster and more lives can be saved.

The flames and heat are not the only dangers in a fire, in fact, from both victims' and firefighters' views, smoke is the most formidable enemy. More deaths are caused by smoke than flames each year, simply because it is impossible for people to see anything in a smoky and dark room, and it is extremely difficult for firefighters to make quick assessments, to locate fire or the victims.

SCOPE is the fire nozzle that equipped with FLIR Thermal Imaging Technology, it can identify objects in darkness or through smoke, which makes it the best tool to fight against fire. Traditionally, a team of two smoke divers always goes into the scene together, and the lead one controls the nozzle with both hands while the one behind assists with a handheld thermal camera. However, with SCOPE, instead of being told what to do through radio, the leader can also see through smoke and make quick assessments completely by himself. SCOPE is lightweight and right on top of the nozzle so that users can see exactly what they are pointing at, and no extra hand is needed to hold, which makes it much faster to locate the fire or victims without distraction. it also uses the ultrasonic measuring technology to tell the distance to the surroundings, which is a piece of valuable information for smoke divers to be familiar with the environment when they first inspect the room.

A user-centered approach was taken to explore the daily training and tasks of the first responders. The initial part of the research was composed of participation in the collaboration training in Sandö, and local exercise in Umeå, the idea is to truly experience and talk to users working in the front line and to get valuable insights in order to identify relevant design opportunities. I also worked with FLIR Systems and had the chance to discuss with designers behind the tools that are familiar with every firefighter. All these provided a clear overview of the complex techniques and tools that are used today. I then used brainstorming and role-play workshops with others to widen my scope and develop for the ideation. Sketches in hands and digital were used for visualizing the ideas, Real equipment borrowed from FLIR and Firefighters was used to create physical mockups. Throughout the whole process, I had been constantly going to the local fire station to get feedback, discuss different solutions, and test models with firefighters. A 3D and physical 1 to 1 size model was built and painted in the end for a better understanding of the concept.

Unlike traditional thermal cameras, SCOPE requires no other hand to hold or operate during the mission, and because the screen and sensors are located on the top, it shows the image where the nozzle is pointing at, the experience is intuitive. The lead smoke diver, therefore, can react much quicker compared to listen to the instruction from the one behind, and attack fire more strategically keeps better track of lives. The detachable design makes SCOPE easy to carry and charge compared to existing tools, and the mode changing buttons are to be used with huge gloves on. "I wish to know about the environment, more than the temperature, and also the size of the room, many times the smoke is so heavy that I don't even know how big the room is." Said by Lavin, a local firefighter. SCOPE solved this problem by using an ultrasonic sensor to determine the distance, and it works perfectly in smoke or dark environment.